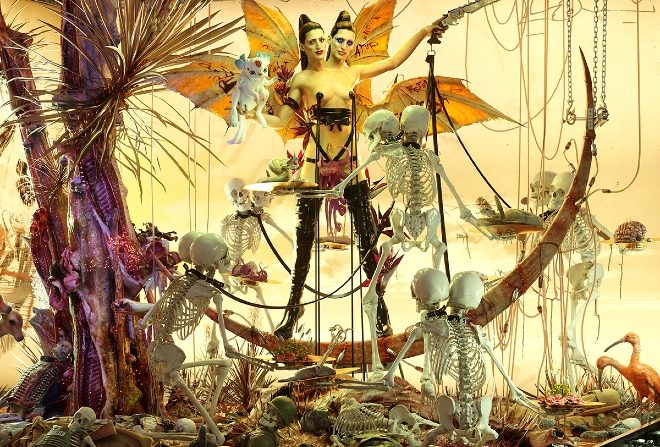 'KicK iii,' Arca's third album in the 'KicK' record anthology, has been announced.

'Incendio,' a current hit by the Venezuelan musician residing in Barcelona, is featured on her sixth album. The album's first single, 'Electra Rex,' was released yesterday (November 9), and it comes with a music video produced by Carlota Guerrero.

In a statement on 'KicK iii' and 'Electra Rex', Arca explains:

"For me KicK iii is the most incendiary entry in the kick universe. The album is a portal directly into the more manic, violently euphoric and aggressively psychedelic sound palettes in the series.

"And so I am the first to propose a nonbinary psychosexual narrative to avoid falling into the same generational tragic blind spots. Electra Rex, a merging of both names, an integration of both Oedipus Rex and Electra: Electra Rex it kills both parents and has sex with itself, and chooses to live. "

In an Instagram post, Arca said: "my albums 'KicK ii' and then 'KicK iii' are coming! she made the mutants wait so now she’s gonna feed you right."

Arca released 'Prada/Rakata' last week, which is described as "the coalescence of KicK via a music visual, a continuation of her work with artist Frederik Heyman that introduces an ambitious act of musical world-building that reveals Arca's many identities as an artist in a quantum superstate," according to press materials.

The work isn't included in the album's digital edition.

The artwork for the project is by Frederik Heyman.