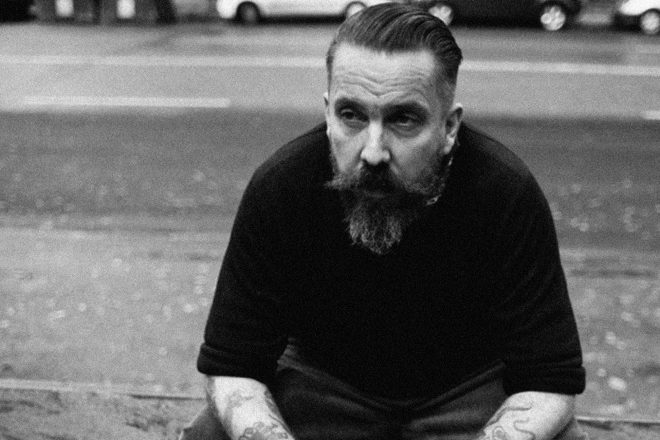 Andrew Weatherall's Heavenly Recordings remixes have been collected in a new album that will be released at the end of this month.

Read this next: Andrew Weatherall: A sonic revolutionary and free spirit

Sly & Lovechild, Mark Lanegan Band, Saint Etienne, Gwenno, The Orielles, Doves, TOY, and Espiritu all have original songs that have been re-imagined by the late UK DJ and producer.

Speaking on this project, Heavenly Recordings' Robin Turner said: "Andrew fed more Heavenly bands through the mixing desk than those of any other label.

"Consistently, he returned visionary music to the office, often in person for (at least) one ceremonial playback — a ritual that would involve the volume cranked up high and Andrew rocking back on his heels, eyes closed, lost in the alchemy of it all.

"Each time, he would warp and twist originals into beautiful new shapes — elasticated club records that might evoke Detroit techno one second and Throbbing Gristle the next, before wheel-spinning into something akin to The Fall produced by King Tubby".

Read this next: Andrew Weatherall would want you to push boundaries

He continued: "Andrew’s studio adventures would always be guided by that early advice to destroy the source material. It’s why he was the first name that came up when remixes were discussed; the first number on the speed dial.

"Listening back to these remixes now — to thirty years of glorious outsider sounds — it bangs home again just how fucking good Andrew was".

Heavenly recordings has also partnered with Hackney record shop Stranger Than Paradise for an album launch party at The Social on Saturday January 29.

Read this next: The best Andrew Weatherall mixes

Andrew Weatherall died on February 17, 2020, at the age of 56, prompting a flood of condolences from the music and arts worlds, as well as beyond.

You can now download over 900 hours of Andrew Weatherall DJ mixes thanks to the fine work of a cadre of superfans who have collected together studio mixes, live recordings and radio shows spanning 1988-2020.

You can read our obituary to the late, great musician here.

For more information about the launch party, click here.