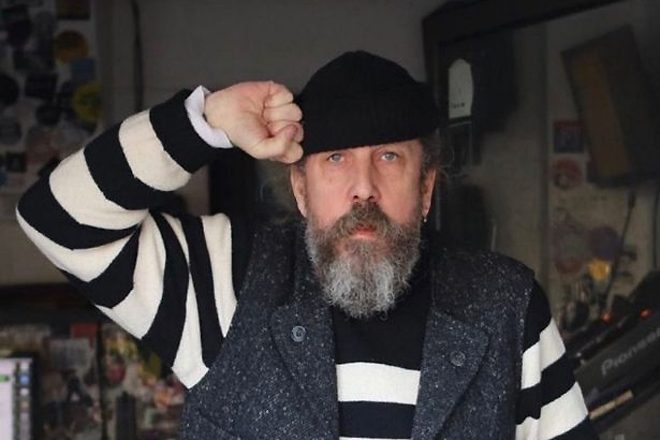 You can now download 900 hours of Andrew Weatherall DJ mixes thanks to the fine work of a cadre of superfans who have collected together studio mixes, live recordings and radio shows spanning 1988-2020.

The Weatherdrive is a Google Drive folder containing sub folders that span the length of Weatherall's mainstream DJ career, starting in 1988 when he would have been 25 and busy becoming one of London's foremost acid house DJs and scene provocateurs thanks to his involvement with the Boy's Own fanzine, in which he wrote under the nom de plume The Outsider.

The first folder, 1988-1994, contains recordings of Weatherall's Sabresonic radio show on a newly legal Kiss FM as well as sets from parties held across the UK, including legendary venues Cream in Liverpool and Lakota in Bristol, when he was enjoying his first wave of fame and breaking out of the London bubble.

Read this next: Andrew Weatherall: A sonic revolutionary and free spirit

In a classic feature with Mixmag in 1992, he said: "To be honest I enjoy playing outside London a lot more because you're shattering pre-conceptions and playing to a different set of people each week. I've just come back from Belfast and I've never seen anything like it since Shoom. It wasn't drug orientated, just pure natural energy and a lack of cynicism.

"If you travel round the country you're only playing places like Manchester or Leeds perhaps once a month, so theoretically no one will get bored and l enjoy it. I was always the kid that as soon as he got a new record went round his mate's house and was like 'what do you think of this'. Now I'm just doing it, but to more people and getting paid handsomely for it!"

Read this next: Andrew Weatherall would want you to push boundaries

The folders covering the 00s contain sets from parties across Europe as well as Weatherall's phenomenal fabric mix, which is regarded as one of the best ever made for the venerable mix series. The 10s folders include his Music's Not For Everyone show on NTS, the online radio station where he held a residency for over half the decade (see one of his "NTS window" shots above). There's also his suitably titled Masterpiece mix for Ministry Of Sound, which was released across 3 CDs that exemplify his sleazy, euphoric "drug chug" sound and is now fetching upwards of £50 on Discogs.

The Weatherdrive is put together with such care that it also includes tracklists, unreleased tracks, press clippings (including his cover feature for Mixmag in 1994) and fan art. The music amounts to a whopping 900 hours and weighs in at 85gb.

This mother lode of Weatherall mixes has been presided over Martin Brannagan, a lifelong Weatherall stan and unwitting archivist of the great DJ's mix output. Read below for his statement about the origins of the Weatherdrive and the cult fanbase that helped put it together.

My online journey began in 1994, fresh faced at Warwick Uni when I discovered that we could have our own websites! I set one up dedicated to a myriad of music I was into, one of which was the Sabres Of Paradise and Sabrettes label discographies, which I purloined from Cameron Bowden from the IDM mailing list. Through that a group of like-minded obsessives gathered who were all into all things Weatherall.

This was pre-Discogs, you had to hunt for things or know people to find news. We gleaned info off each other. People craved information so myself and a guy from Hawaii called Robert Feugate set up the Sabreweb, soon to become the Flightpath Estate for the discography of the Guv'nor and all associated acts and labels. Eventually we found a home at hyperreal, where we could set up a proper website and the newsletter became the Swordsmen discussion group. Amanda from Haywire was on it feeding us info, selling us the rush of mixtapes the Guv was putting out in those days.

Eventually the Flightpath website became surplus as Discogs rose, the Swordsmen group all grew up and real life got in the way a bit – it went a bit quiet in 2006. Jump Forward to 2008/2009/2010 and the rise of the blog - Acid Ted, Ripped In Glasgow and Bagging Area paved the way for continual analysis and sharing of Weatherall's mixes and tracks and radio shows. When Moggieboy called time on Ripped In Glasgow in 2011 for a couple of years, I felt we didn’t have anywhere to carry on the discussions and sharing. So I set up the Flightpath Estate Facebook group in 2014 and we’ve grown to be a close knit community of Weatherall obsessives.

Read this next: The best Andrew Weatherall mixes

In the intervening years I’d spotted dubious activities of people selling Weatherall CD-Rs of publicly available but hard-to-find mixes and sets so I set about collecting as much as I could and ripping from my personal collection from years before and anything the Flightpath could offer up. Many hard, part-time years of sorting, splicing, comparing, renaming, verifying came to the realisation in 2019 that I’d never finish the job so I decided to share back to the community and release the Weatherdrive as it was. Some very generous people in the Flightpath group donated a bit of cash so I could get a suitably sized Google Drive. I uploaded everything that I was confident about sharing in August 2019 and here we are.

I constantly scour SoundCloud, Mixcloud and YouTube to try and make sure I don’t miss anything and take rips from the community. We’ve sat up at night ripping from live streams for things that won’t be available again afterwards (Groovetech radio, Lone Swordsmen live streams, Boiler Room sets). We’re now at the stage where the Weatherdrive has over 800 hundred files from 1988 (although that one has dubious provenance) to present day at over 85GB. If you sat and listened to everything it would take you over 900 hours.

The joy and thrill is that I know we’re still far from complete. Andrew was so prolific and his era spanned radio rips onto cassette to mixtapes and CDRs through to early internet streaming radio and present day where all radio is streamed and full soundboards are available days after the gig. The last week of grief, reflection, love, honour and reminiscing of Andrew in our corner of the internet has also lead to a glut of people digging out their old tapes and working out getting them online. I can see myself being extremely busy in the next few weeks and months, which obviously comes at a complete shock and numbness in the realisation that there will be no date stamped files after 20200217.

Our Guv'nor, The Chairman, Lord Sabre, Andrew Weatherall has left us. But what a legacy he has left us and I’m proud to have somehow become the internet archivist for such a great, great person but I couldn’t do any of it without the dedication and contributions of everyone on the cloud site and on the Flightpath and ALFOS groups who want to share the works, the joy and the experience of hearing the mastery of Andrew Weatherall.