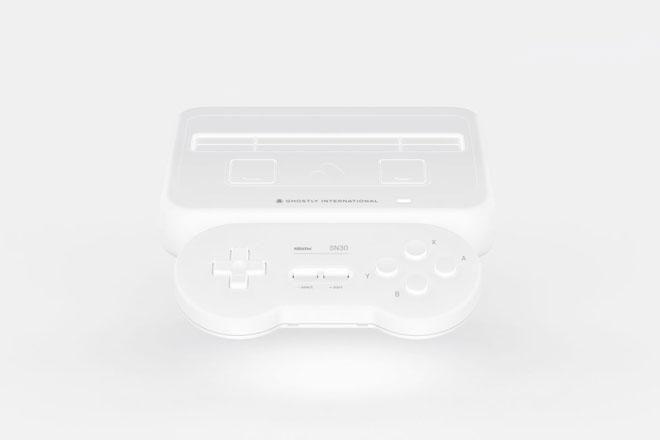 The aftermarket SNES and SFC was released in February of this year, with the console designed to enable your old game cartridges to be compatible with a modern television.

Limited to 1000 units, the Ghostly edition dons a white shell with the label’s logo on the front and comes bundled with a wireless controller and adapter. The console also includes added features, such as exclusive start-up sounds composed by artists from the label, along with animations from Fez designer Phil Fish.

Gold Panda, Telefon Tel Aviv and Mary Lattimore are among the artists involved, with Gold Panda demonstrating his workflow for his jingle on Twitter.

This isn’t the first time Ghostly has got involved in the gaming industry, working with Richard Hogg and Honeyslug in 2014 to provide an interactive soundtrack for the critically-acclaimed PS4 game Hohokum, which features original music from the likes of Tycho.

The Ghostly Super Nt is available to purchase now in time for Christmas from the Analogue website.