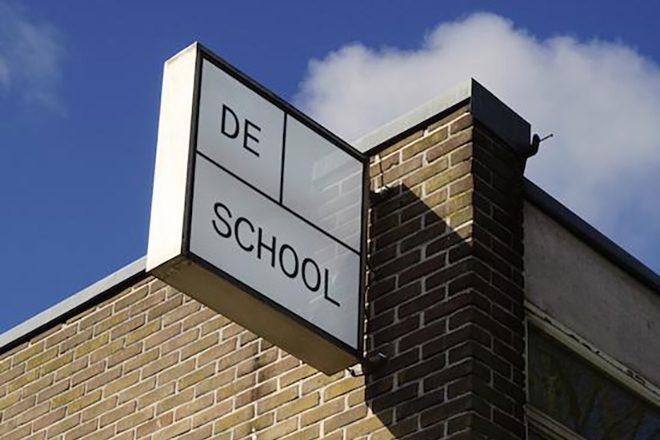 Amsterdam nightclub De School has announced it is shutting down.

The club’s co-owner Jochem Doornbusch released a statement reported in RA citing the economic crisis of the coronavirus pandemic as the reason why the club cannot stay open.

He said: “The bottom line is that the debts are piling up” and that “the increase of the current COVID-19 numbers and the lack of prospects have forced us to end all the club and office contracts meaning the club will stop existing”. The adjoining bar, terrance and restaurant will remain in operation.

During the podcast, accusations that the club’s security staff had allegedly caught queer club attendees with drugs then offered to let them go and not report them to the police in exchange for sexual favours were raised.

Further accusations and criticisms raised included racial profiling by security, failing to take measures to ensure clubbers felt safe and welcome in the venue, and a lack of diversity among residents and DJ bookings. The club’s management were accused of failing to act upon accusations and criticisms such as these raised by the Amsterdam community, despite receiving financial support from the local council.

De School was due to remain open until 2022 after announcing an extension to its lease in May. The club had been closed due to the pandemic for more than two months when it made this announcement. De School now says the pandemic means it has to close permanently. There is no mention of the recent controversies in Jochem Doornbusch’s statement.

Read it in full below:

"We, the owners of De School are sad to announce that the club is going to close. These last few weeks we had been working on forming a new team and creating new plans, but now we've been overtaken by the financial reality of the situation.

"At the end of last week we received the latest monthly reports which were the first that represented the new situation since we were forced to shut the club in March. Unfortunately it is a lot worse than we expected. The bottom line is that the debts are piling up. Not only because of the uncovered staff cost, but also the other ongoing costs. Acting now and making this very difficult decision may prevent the total bankruptcy of our company Post CS (11, TROUW).

"Since the club's closure in March we did everything in our power to keep all the staff employed and paid. We were still ambitious and hopeful about the future. However, the increase of the current COVID-19 numbers and the lack of prospects have forced us to end all the club and office contracts meaning the club will stop existing. The bar, terrace and restaurant will remain open.

"With pain in our hearts we had to make this decision and we would like to thank everyone who made this club into what it became.