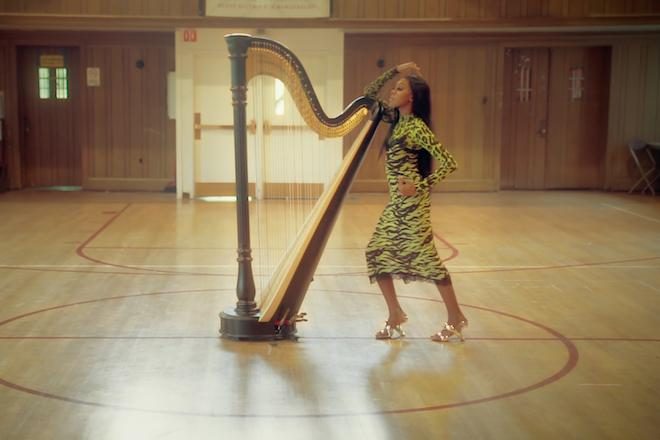 ‘Frostbite’ is a melancholy track, the reverberations of which emphasise the space and emptiness contained within it. It speaks to Simone’s lyrical themes of isolation and loneliness.

Ahya Simone explains the track in this way: “‘Frostbite’ is a conversation about the feeling of being isolated while longing for connection and belonging. I wrote this song three years ago, during a time I was grieving a relationship and the loss of my two aunts.

“Releasing it now, the song has become less personal, moving towards collective. We are in a collective grief season that we can’t escape from, so here is how I’m dealing with it. Reaching out to loved ones, slowing down, saying no to more work and yes to more play. As we call loneliness by its true name — “disconnection”, “isolation” — we help each other move through it by reconnecting.”

Simone has previously worked with Kelela, featuring on her remixes album ‘TAKE ME A_PART, THE REMIXES’ on the track ‘AHYA SIMONE_ENOUGH_NO BPM’. Her work as a filmmaker has recently gained prominence; she created, co-wrote and directed the webseries ‘Femme Queen Chronicles’, a story of four Black trans women in Detroit.

Watch the video for ‘Frostbite’ below.