Throughout September 2020 Mixmag took over Friday nights on BBC Radio 1. New York's Dee Diggs turned in a blinding selection of euphoric house music for the residency, which you can listen to here. Below, Jessica Kariisa profiles the self-styled selectress and finds out how she's reclaiming house music

In the final hours of 2017, Dee Diggs was perusing the shelves of a Chicago record store. The DJ, then based in Boston, was booked to play the New Year’s party of Man’s Country, the oldest gay men’s bathouse in the city which was closing its doors after 44 years in business. It was Dee’s first gig in Chicago, the adopted home of one of her heroes, Frankie Knuckles, and she was sharing the bill with pillars in the local scene like Eris Drew and Michael Serafini. The line-up was made up of a diverse array of queer DJs in spite of the fact that the bathhouse had historically been a predominantly white and male space. Dee was aware of this and even though she was excited to play, as a dark-skinned Black woman, she couldn’t help feeling a disconnect. Not to mention she was settling into a new haircut. She had recently shaved the sides of her lengthy afro, channeling the angular androgyny of her style icon Grace Jones.

Read this next: Dee Diggs in the mix for Mixmag x Radio 1

By chance she ran into Serafini at the record store and they started chatting about the bathhouse’s history. “He was telling me a bunch of amazing stories about the venue like how they used to have concerts in the ballroom,” she told me recently over FaceTime. He listed a number of iconic artists from the 80s who had performed at the bathhouse including none other than Miss Grace Jones herself.

In that moment something clicked – it was as if Dee was exactly where she was meant to be. “That serendipity was so special to me,” she recalls. “Seeing myself in that context was like, okay, this has something to do with me too. Sometimes I'm the only Black person in the room [but] in the past there probably was someone who looked like me in that space or fighting to be in the space.” 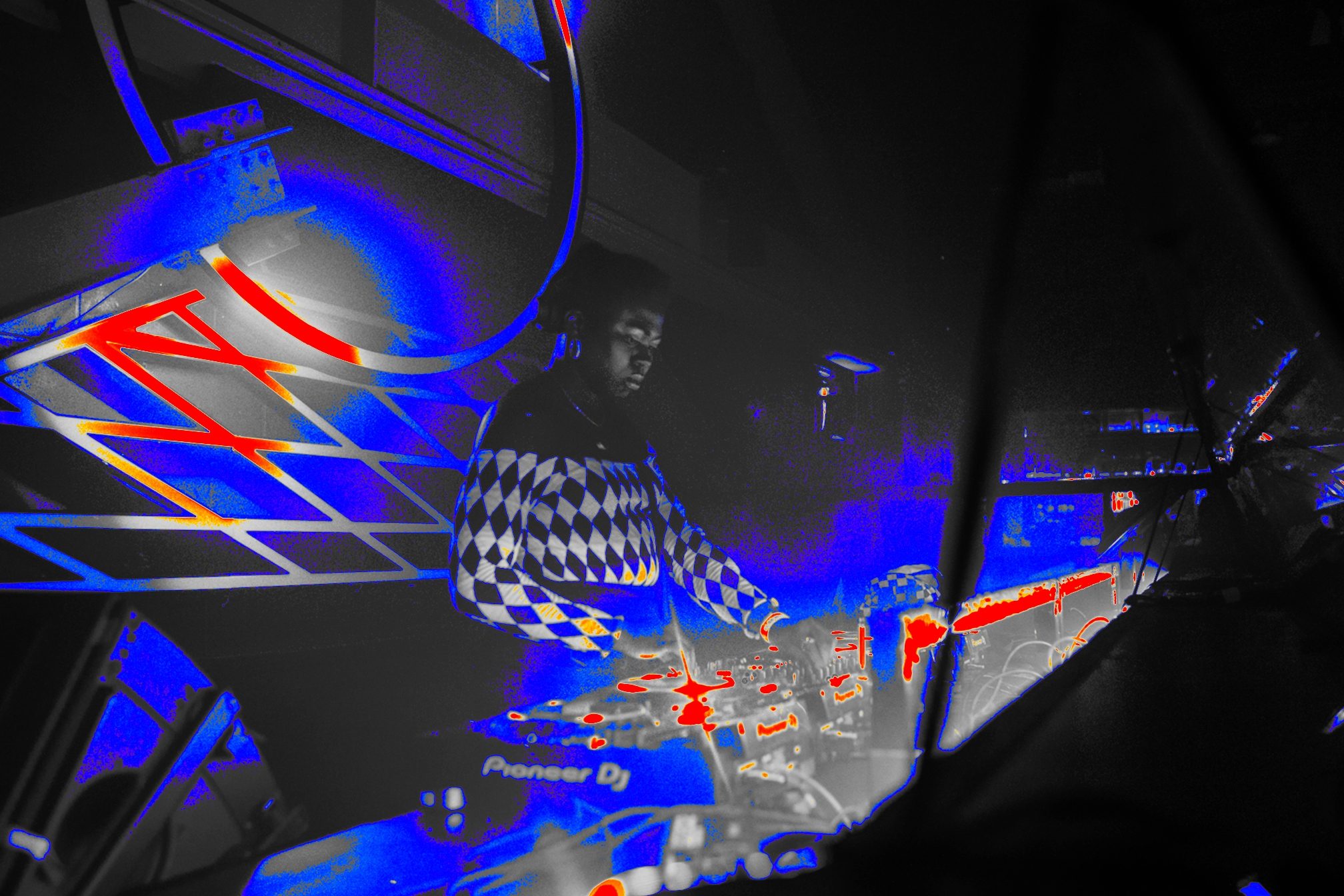 It’s a well-documented and often erased fact that the origins of house and techno can be traced back to American Black and Latinx queer DJs in the storied clubs of Chicago, Detroit and New York. As the music flirted with mainstream success in the US and exploded in Europe in the 1990s and 2000s, the stark disparity between the material existence of the communities that birthed the sound and the straight white people profiting from its commodification was a painful reminder of the pervasive presence of racism and queerphobia. In a 2014 Facebook post veteran Chicago house DJ Derrick Carter remarked, “...something that started as a gay Black/Latino club music is now sold, shuffled, and packaged as having very little to do with either.”

So it’s telling and yet unsurprising that it took a study-abroad trip to France in 2015 for Dee to discover the Black history of dance music. Before she left for Europe, her musical interests mostly centered around underground hip hop and alternative rock, both of which she played on her college radio station in Boston. A desire to hear something from home led her to the Frankie Knuckles classic, ‘The Whistle Song’, which evolved into a rabbit hole through Discogs to find more house staples. “I could actually hear the Black expression coming through all of this music,” she remembers, “It's not just happy, it's sad, it’s wistful. It has its own emotional world and its own kind of energy.”

Read this next: Dee Diggs in The Lab NYC

When she returned from France, she devoted herself to uncovering and sharing the legacy of house music on her radio show and eventually through her live sets and mixes. Listening to Dee’s mixes, her appreciation for classic cuts shines through but so does a playfulness and keen ear for melody and groove that rejects the rigidity of single genres. In her mixes she can braid the depths of Larry Heard, the bounce of MC Lyte and the frenetic energy of Nídia into a cohesive narrative, a skill likely aided by her work as a writer. “I draft a lot [and] I'm always trying to take the music that I like and put it in a different context than I found it,” she adds.

Dee's appreciation for music and DJing took off during her time at Boston University. After an electrical fire destroyed the college radio station just a few months shy of graduation, Dee shifted her efforts to playing parties. She dove into the close-knit Boston scene eventually becoming a resident at Shake!, a monthly house and techno party in the city. Meanwhile, online she was establishing a community of like-minded DJs and music lovers and playing a stream of gigs in New York.

Early detractors tried to dim her shine by minimizing her penchant for warmth and joyful female vocals, but Dee wasn’t fazed and noticed the glaring contradiction. “People would be like, ‘Oh, you're pretty good, but you can never play, whatever the biggest party of the time was, because you play a little too soft.’ I just never understood that because a lot of house DJs sets are full of female vocals. It's full of our flair, our stylings. Like Barbara Tucker, she's all over the genre. So it's just really ironic that these people can hold their misogyny while using the female form.” 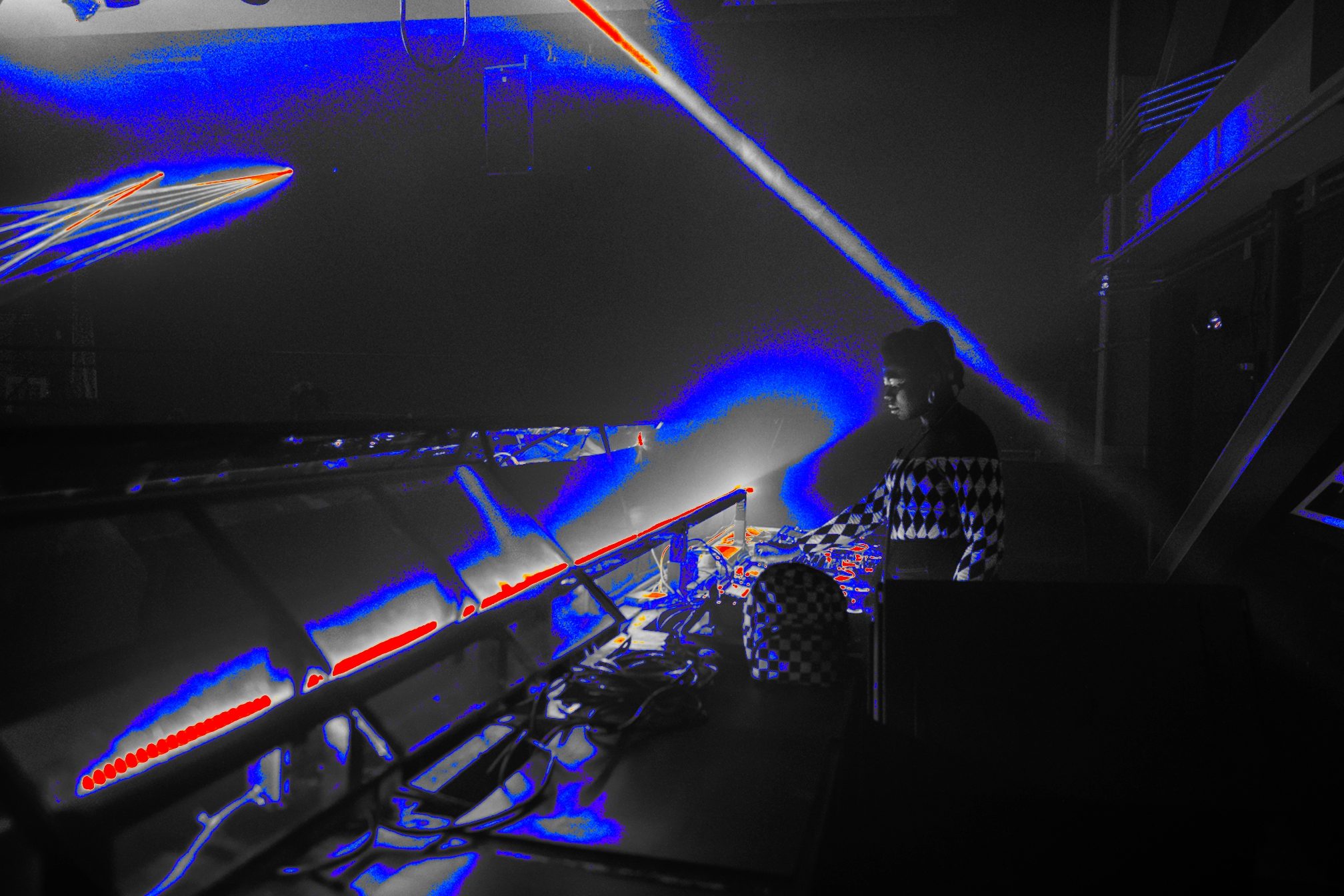 In her own sets, the self-described “selectress with no inhibitions” will make you feel good. Tapping into that deep body soulfulness, her sonic alchemy is not only exultant but revelatory. “Dee as a DJ is just majestic. Hearing her DJ makes you legit feel beautiful,” Surf Allah, the founder of Brooklyn radio station and platform Halfmoon BK tells me. JCXLM, a DJ who has been mentored by Dee for the past three years adds, “Understand that when she’s behind the decks and places her hands on her hips, she embodies every Black queer woman before her and those to come.”

A hike in rent prices and a desire to keep growing as a DJ prompted her decision to relocate to New York in the fall of 2018. Dee hit the ground running, quickly getting involved with HalfMoon BK and playing frequently at Brooklyn underground hub Mood Ring. “I remember playing in Mood Ring when the DJ booth was a little wooden stand...it looked like someone's intermediate woodshop project,” she jokes. That November she was invited to play the city’s beloved afterhours Sublimate where she is currently a resident. She’s since graced the decks at a number of other New York institutions including sharing a lineup with DJ Bone at Brooklyn’s Nowadays and in 2019 played the famed Fourth of July rave, Fourth World.

Read this next: Dweller festival is reclaiming techno's Black heritage

Describing the space Dee holds in the New York scene, Discwoman co-founder Frankie Descaiza Hutchinson adds, “She effortlessly champions marginalized perspectives. Coming from Boston, she carved her space in the NYC scene so fearlessly, I forget she hasn’t been in Brooklyn forever. She’s a power in the scene.”

Lately Dee has been experimenting with inserting her own voice into her mixes. It seems fitting for someone with experience in radio. Dee’s approach though goes in a different direction than signposting and shoutouts. She embeds herself into the groove, setting the intention in a manner that’s blended within the music as opposed to sitting on top of it. At the end of a recent mix for the Honcho mix series, she closes with a poem, sealing the magic of the moment with love and care: “As you exit this whirlwind of words and new memories and music soaked in my gratitude, I give you the farewell spell. May your best dance and your best nights always be ahead of you.”

Jessica Kariisa is a freelance journalist. Check out her website here 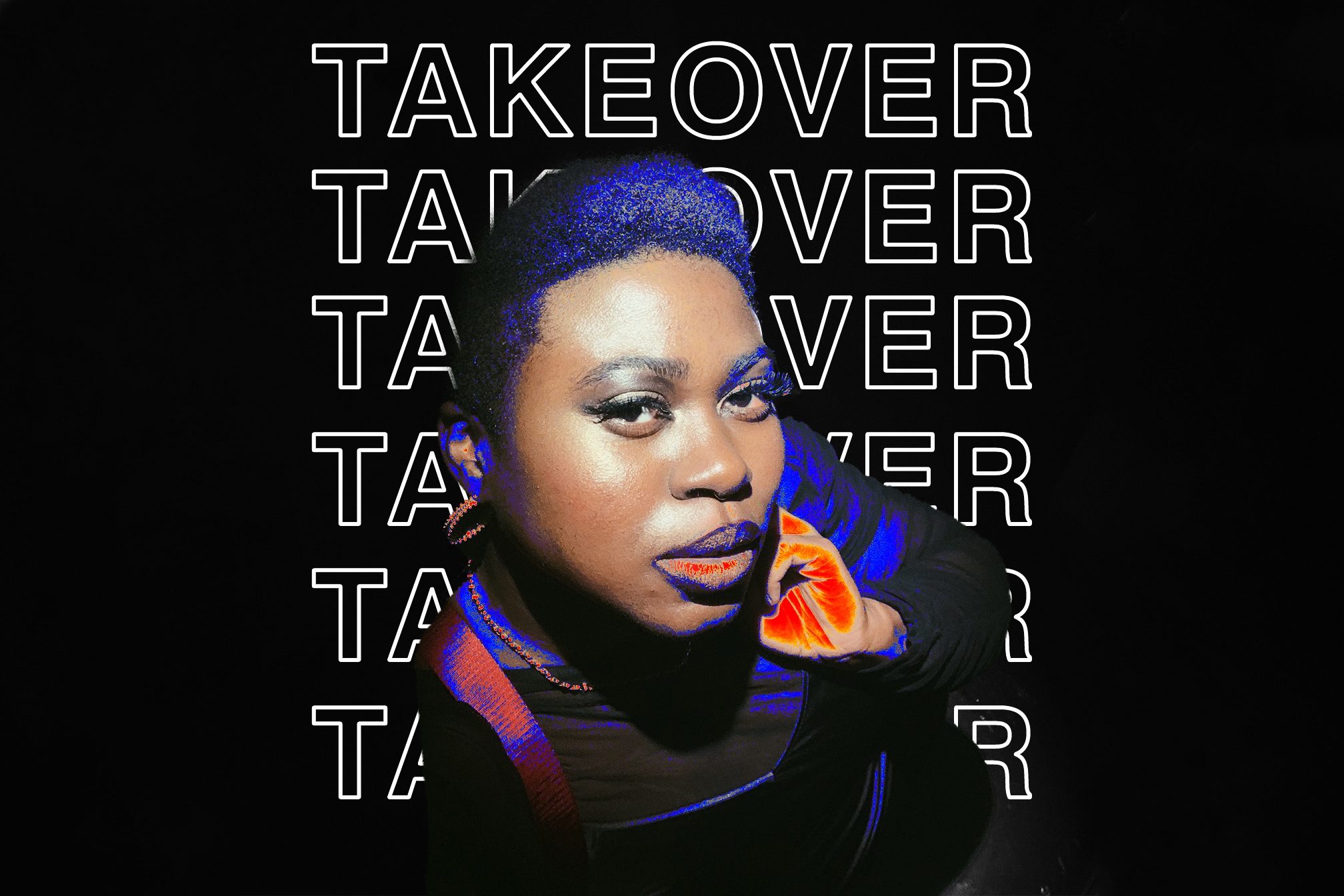