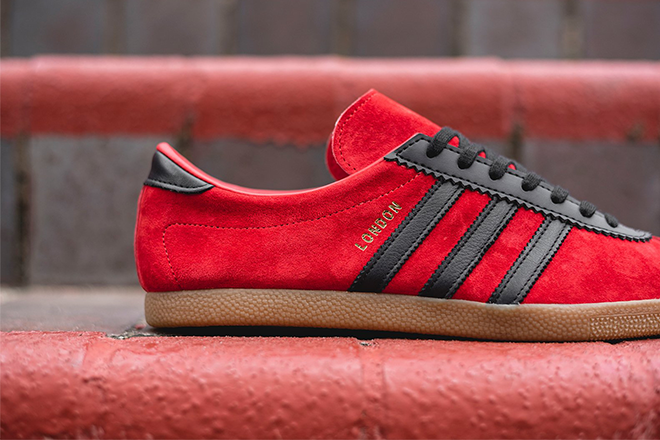 adidas Originals is returning to its “City Series” with the release of 2019, the ‘London’. Inspired by the city of London, the red and black colourway represents things synonymous with the capital city, like phone boxes, double-decker buses, black cabs and Beefeater guards.

Having undergone a handful of reworks in its time, the 2019 ‘London’ offers a rich red suede, with black overlays around the lace and on the heel tab. The London city name is proudly called out on the midsection in signature adidas fashion via a gold foil application, while the low-profile gum-sole that has become iconic with the City Series offerings remains - with its distinctive hexagonal outsole pattern.

Continuing the series tradition, each pair arrives accompanied by a card insert bearing both the shoes history and a custom illustration by Jean Kaiser Knight. To further accompany the release, HANON has produced a collectable City Series scarf too, that will come with every pair of ‘London’ sold online and in-store.

The raffles for the adidas Originals London “City Series” is now closed, but keep an eye on the HANON website and adidas Originals for further information. They will retail for £85 GBP and will be released on July 6th. 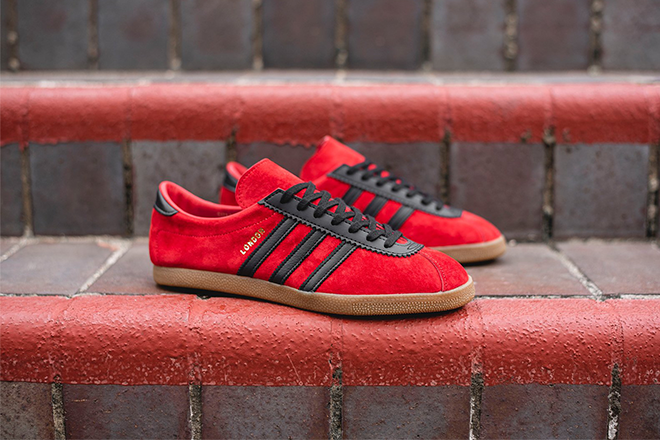 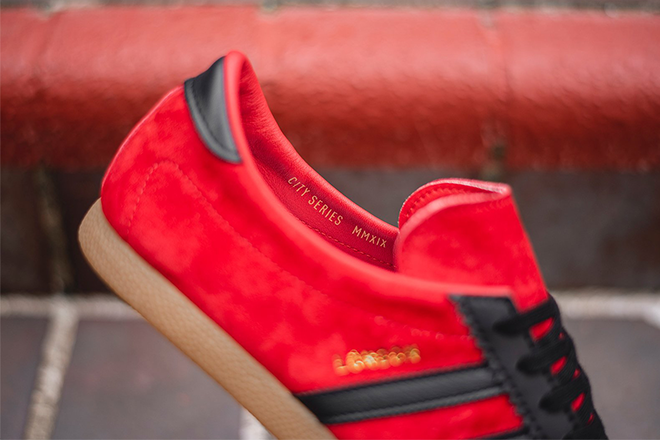 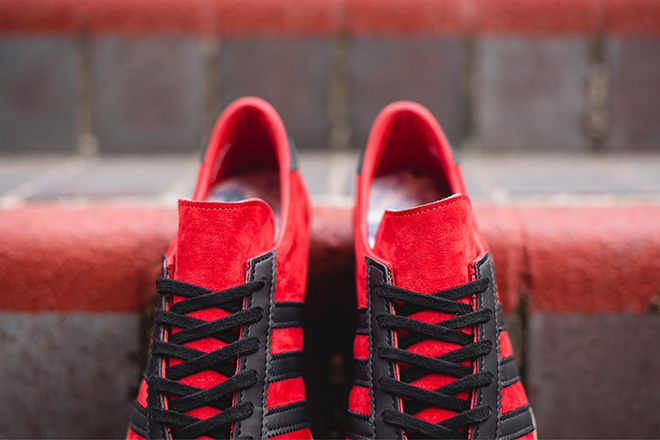 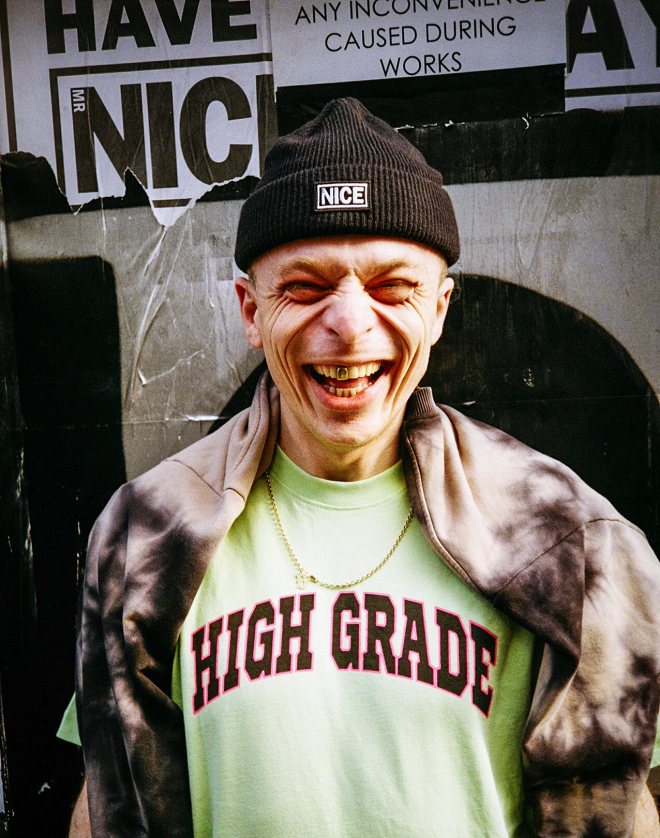 Read this next!
Are you ready for the return of the JNCO jean?
Patta and Mephisto team up for third collaboration
Nicholas Daley: the man dressing London's growing jazz scene