What bell bottoms were to disco and the 1970s, JNCO Jeans are to rave culture of the 1990s. The wide-leg jean was a fashion phenomenon that swept across many subcultures: from the rave scene all the way to extreme sports and eventually into mainstream culture.

The concept for JNCO Jeans (which stands for Judge None, Choose One) began in the mid-'80s as a high fashion concept created by brothers Milo and Jacques Yaakov Revah. Milo who grew up in France buying and selling denim, always favored the idea of living in Los Angeles. In 1985, Milo and his brother followed that dream, relocating to the City of Angels with dreams of a denim-inspired fashion line. Soon after, influenced by the street culture of Los Angeles, the wide leg JNCO Jean was born.

“When I began to understand the flavor of Los Angeles, I was obsessed and came up with this concept of wide-leg jeans. When I started with it no one believed in it," remembers Milo. At the time, skinny jeans ("Very Bowie!") were the dominating trend, and Milo's wide-leg creation was, as he describes, an accident. "I was looking at [graffiti artists] from the street and thought, 'How do they fit their spray cans?' A big pocket doesn't work on small jeans, so I began increasing the legs. So began the wide leg jeans.” 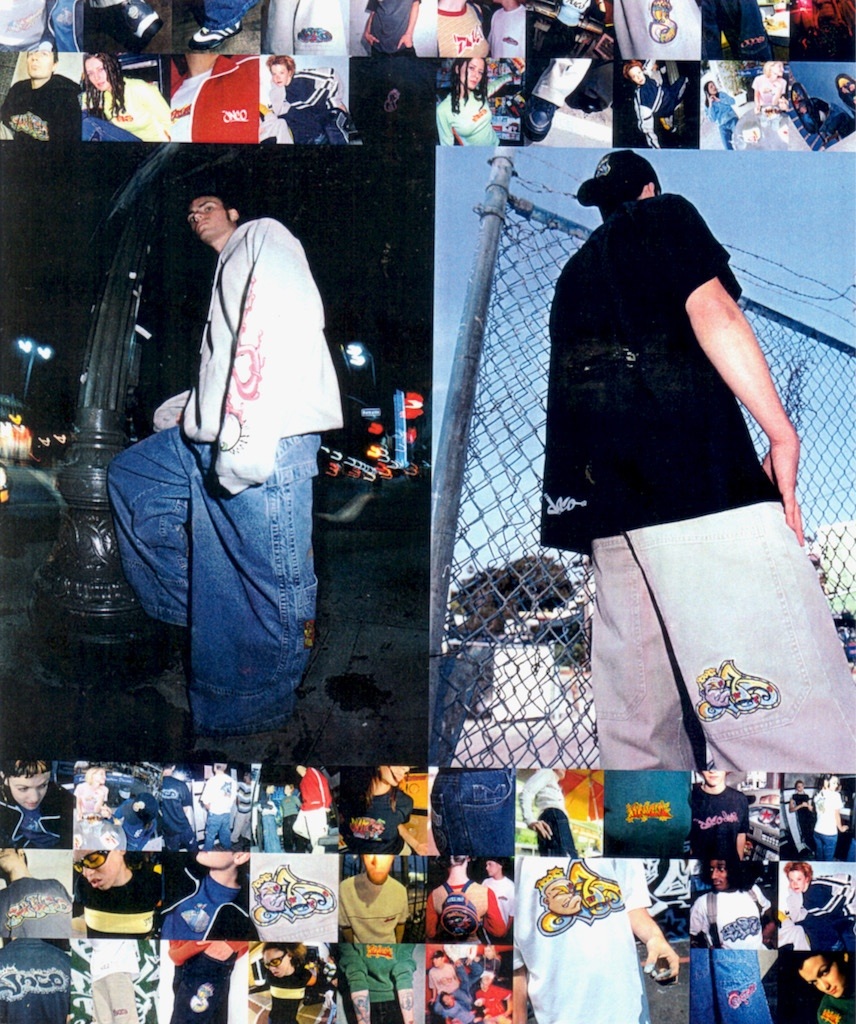 The jeans were wide. At its biggest, the pant spread across 50 inches. (To put that in perspective, your average skinny jean is only 12 inches.)

Realizing that the idea was spawned from the culture, the brothers first hired a team of graffiti artists to help create the pants, teaching them how to translate their own designs onto a computer to be used for patches, tags and flashers (paper artwork attached to the pocket of the jean). Then, they brought on designers with architectural backgrounds, advising them to approach the pants like they would a building.

The result was a product that was constructed and engineered to be durable, with no detail too small not to consider. From its weight to the seams, the jeans were an innovation.

By 1998, there was an explosion. Other subcultures outside of the LA street art scene began adopting the wide leg jean. Ravers all over the world began wearing JNCO jeans and coined the term “Phat Pants” to describe them. On any given night in the warehouse districts of cities all over the world, you could find electronic music lovers appearing to glide across the floor, their fast-moving feet hidden as they shuffled to the beat of the music.

Soon, the JNCO jean phenomenon began to seep into extreme sports culture, attracting skaters, BMX bikers and snowboarders too. Long before influencer marketing and social media, the brothers caught on to the power of supporting communities that supported their brand by gifting jeans to well-known figures. This move would help JNCO establish cult followings across several different passionate fan bases, cementing their mark in culture for years to come. 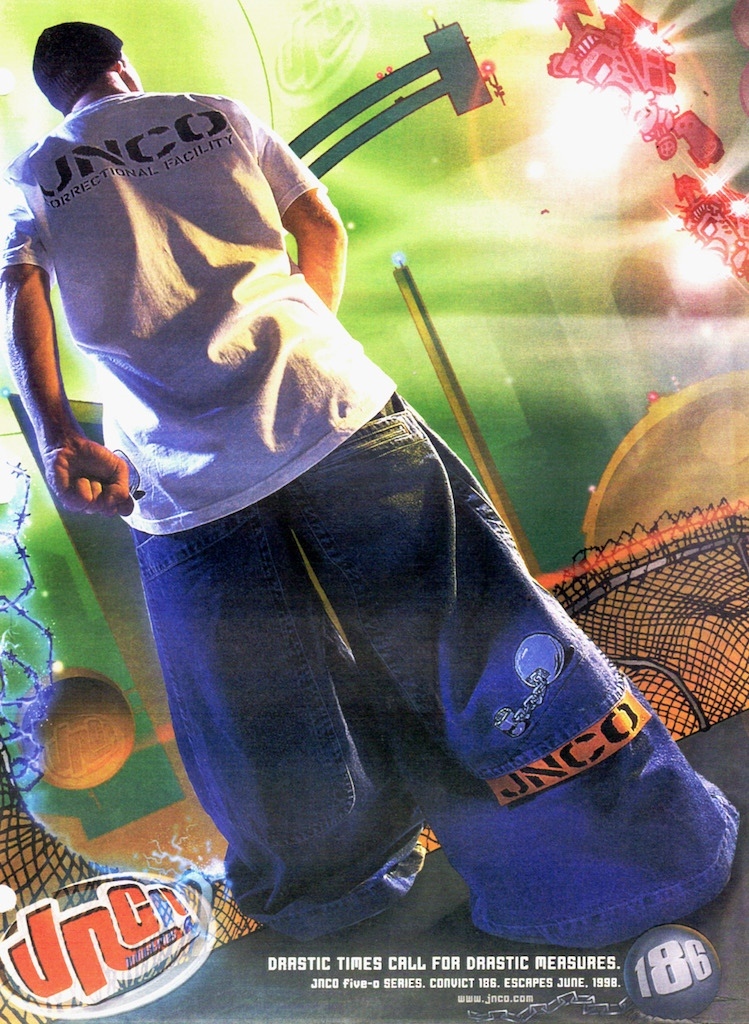 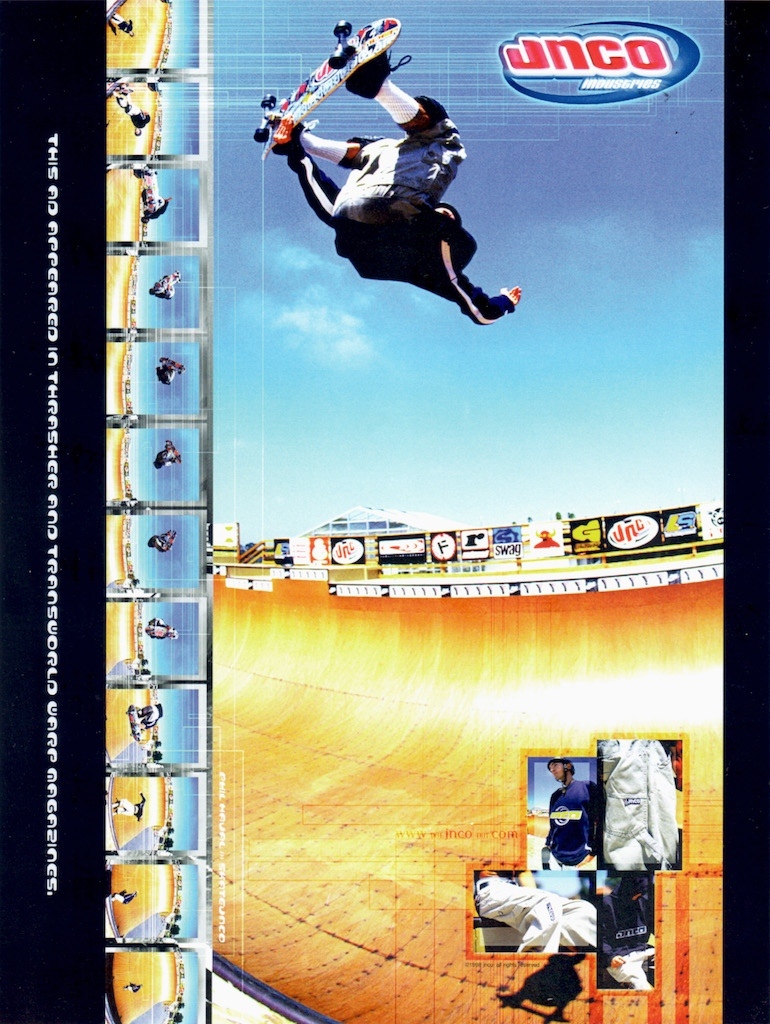 As early adopters of the then-new Internet and after opening a flagship store in the famed Melrose area of Los Angeles, JNCO had set themselves up for mainstream success. By the early 2000s, JNCO Jeans could be found in most department stores.

However, this peak of success would eventually also become JNCO's demise. Now in high demand, Milo and his team were forced to create designs to please buyers, rather than pursuing the creative and unconventional mantra that had initially launched JNCO into such widespread adoration. With every design edit suggested by the stores, Milo felt the spirit and authenticity of the brand becoming compromised. Eventually, the company began to split into sub-labels and separate projects, with JNCO acting more as a parent brand.

"It took away the enthusiasm and the creative juice," Milo says.

Around 2014, the brothers released the licensing to a Chinese company, which resulted in a lower quality product that differed drastically from the spirited, original brand.

Once people began to realize the difference, original JNCO Jeans became a hot commodity. Original jeans would sell on eBay for hundreds of dollars, retaining their quality even over two decades later. Today, the internet remains littered with groups and forums dedicated to the original JNCO Jean wide leg pant. 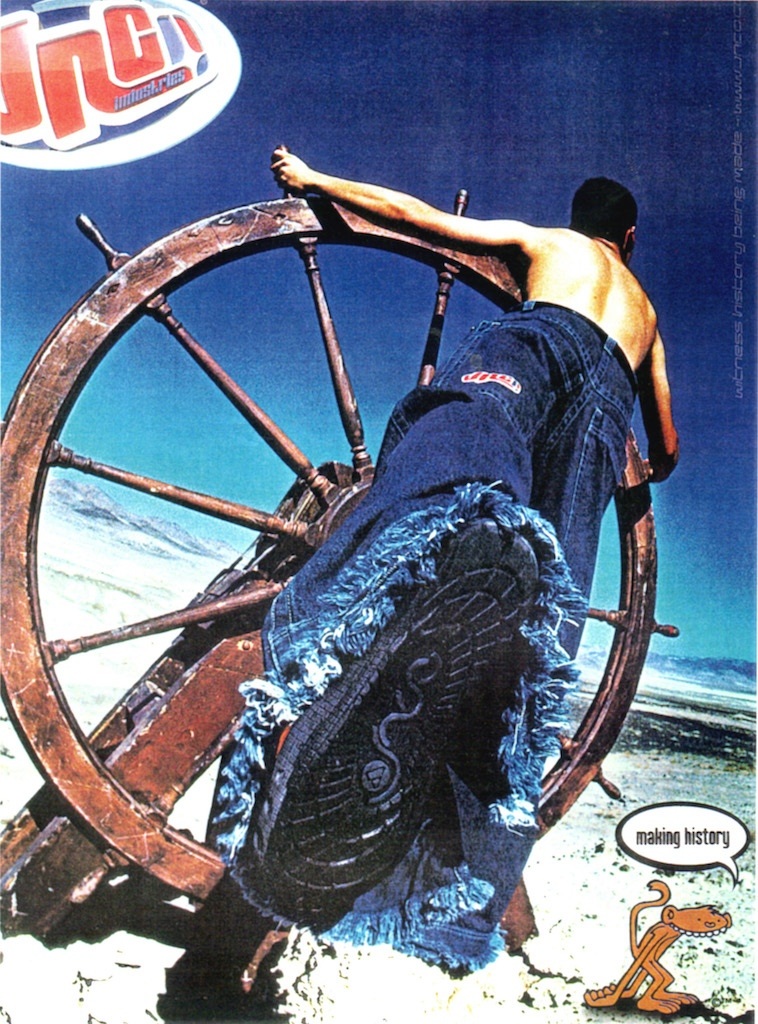 Four years later, Milo decided to buy back the license and bounce back from news that the brand was going out of business. He began dreaming up a relaunch for JNCO that is set to land this week. Now, with his daughter Camilla by his side, the family aims to revive the brand as it once was, but with an update for today's fashion culture.

"One thing I want my daughter to learn from me is how to take one thing and make it bigger," Milo concludes.

The 2019 version of JNCO will return to their staple pieces - jeans, hoodies, shirts - marketing now to a unisex audience. Cuts will be reminiscent of the traditional pants, but with new updates like glow-in-the-dark stripes, new washes and freshly designed patches for the modern day raver, skater, biker and beyond. 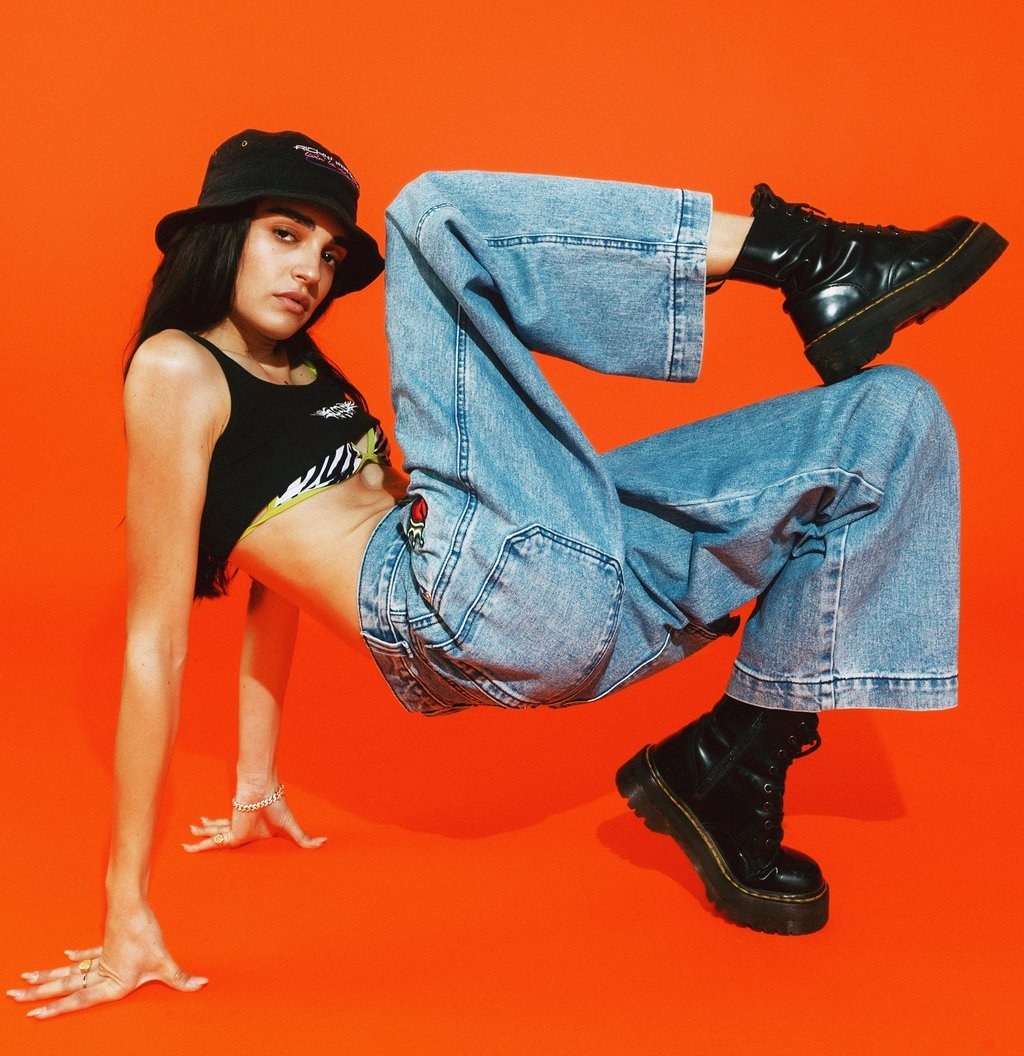 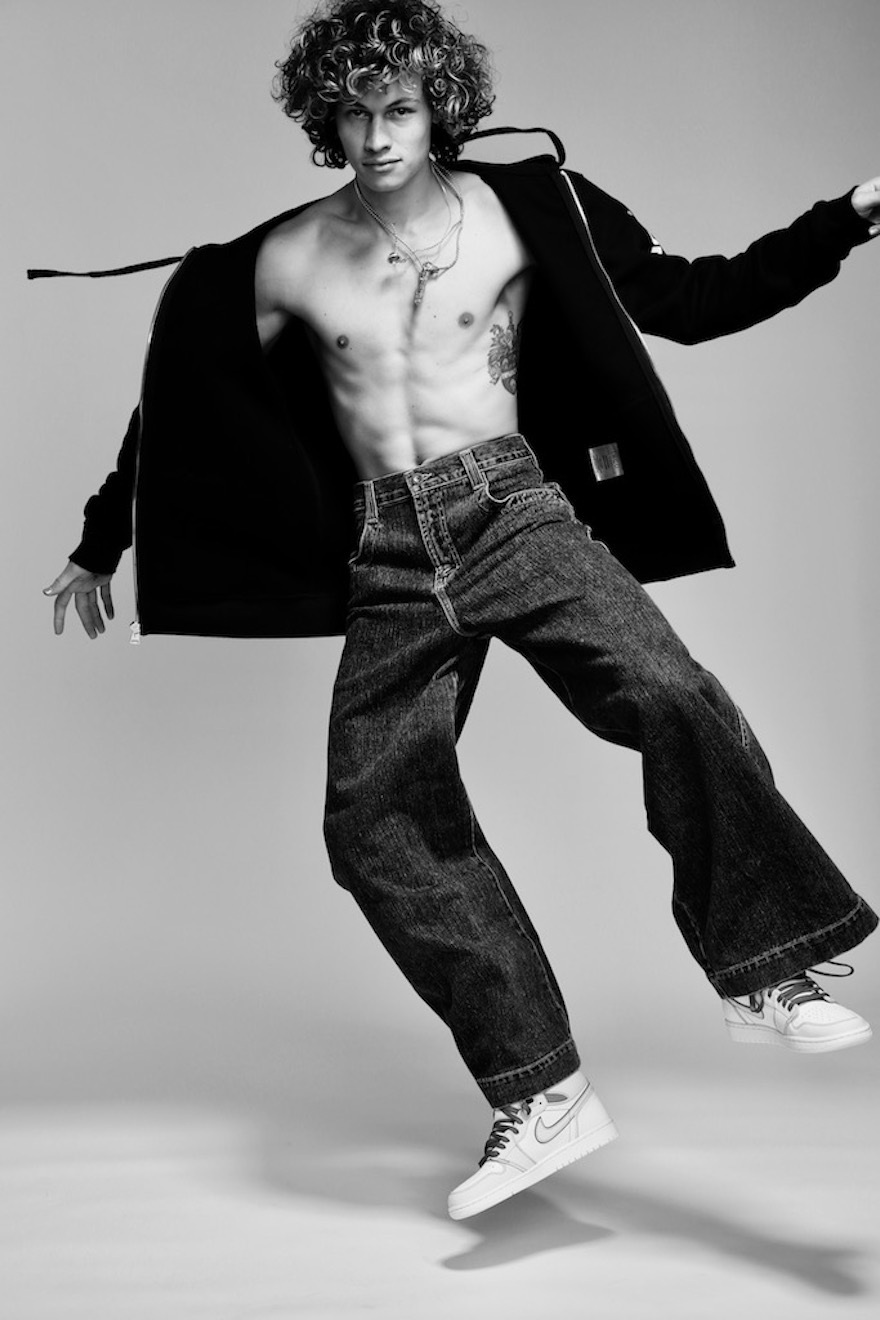 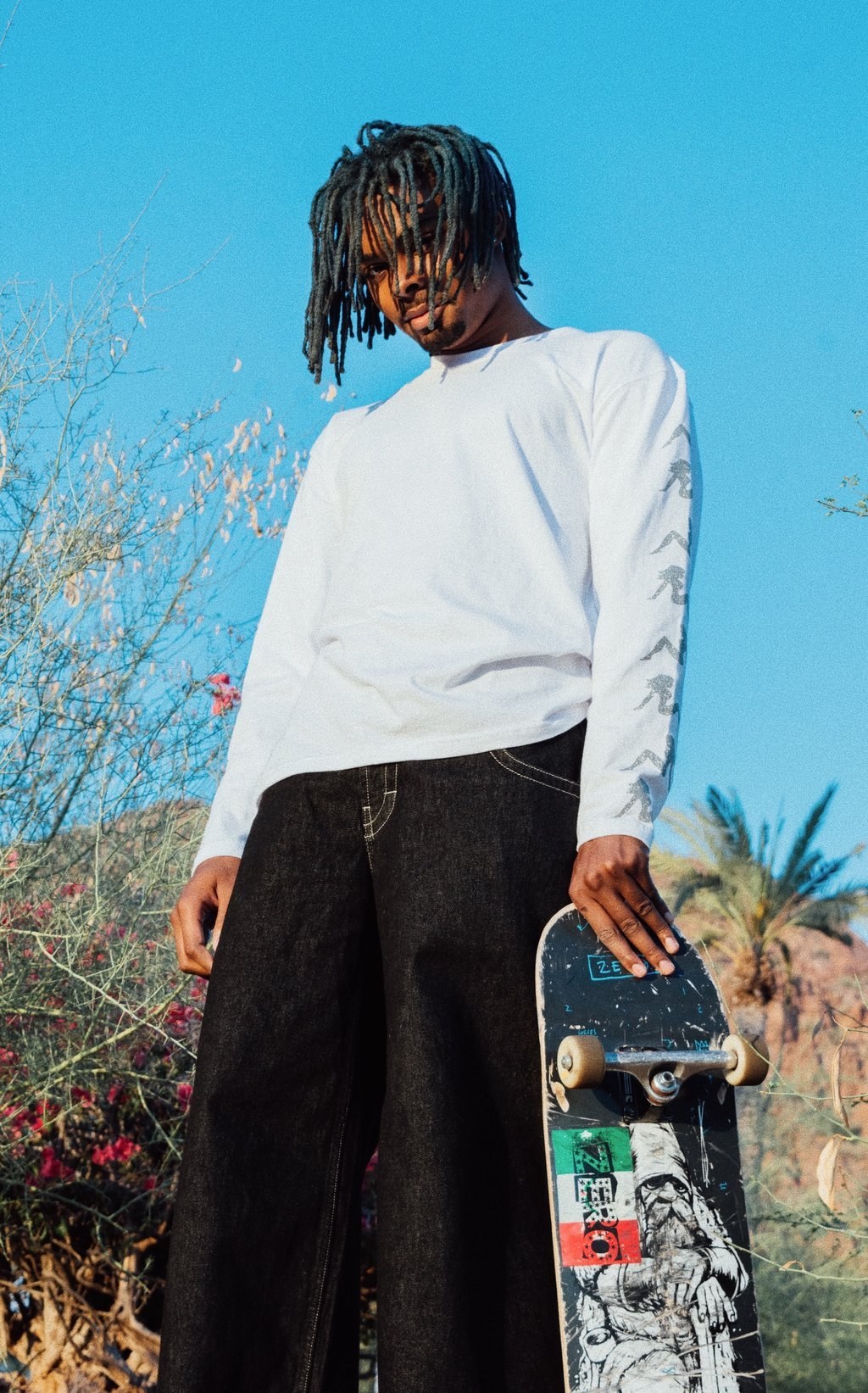 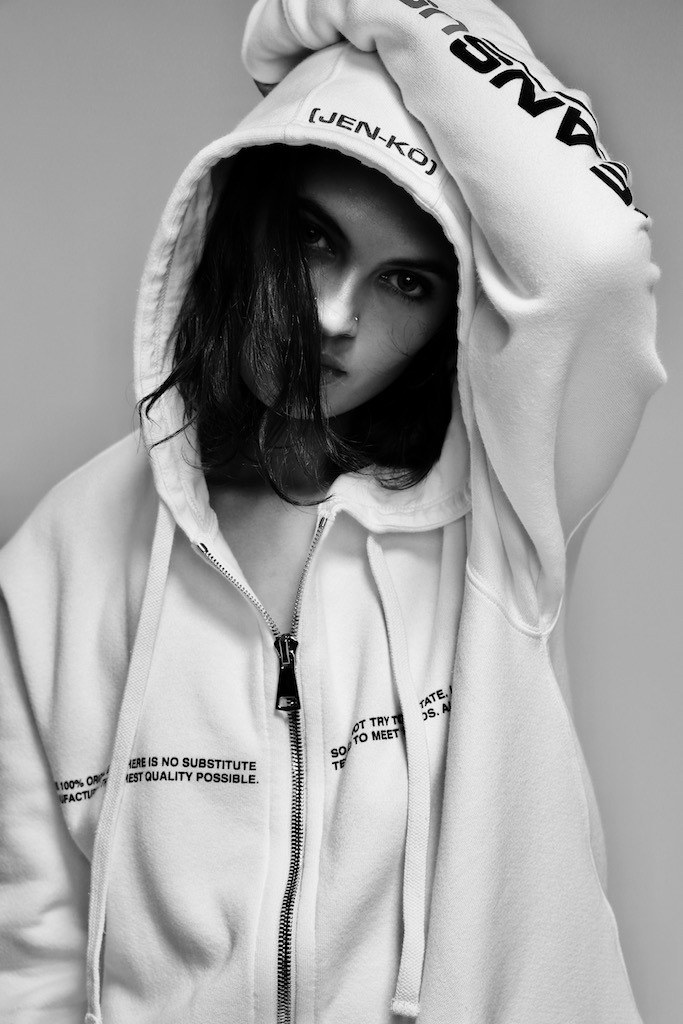 Ash Lorona is a fashion vendor coordinator based in Los Angeles.

Acid house fashion was outrageous and we love it