Save for a tasteful bit of whooping and the occasional appreciative yell, ravers don’t typically make much noise while they’re in the thick of the dance. But a bit past 1:AM, in a 2000-capacity warehouse on the industrial border of Williamsburg and Bushwick, the huge cheers from the crowd almost drown out the soundsystem, which has been ringing clear and hard all night. Bathed in rainbow strobes, DJ Jor and phoneg1rl, who run the party Gardens, step aside to make room for their friend and the reason the passionate crowd has come together – Kathy Lee, aka Yaeji.

Read this next: Yaeji's colourful fusion of hip hop and house is making an Impact

Mind you, though, she isn’t about to play live, or embark on one of her typically high-energy, eclectic DJ sets. This is the second of three b2b cameos Yaeji will make throughout this night, a special one-off she’s called Elancia. Named after a Korean online RPG she played growing up, Elancia is, she says, a ‘love letter’ to her experiences raving in New York. She’s invited seven local crews who’ve made an impact on both her own creative output and the scene more broadly, to play: Gardens, Hot ‘N Spicy, Papi Juice, The Push (who booked Yaeji her first gig in NYC), School Of Hard Trax, Soul Summit (a 15 year-strong Fort Greene institution), and Sublimate. All of the DJs on the line-up have a hand in local parties that, in Yaeji’s own words, “prioritise positive world-building.”

What does positive world-building look like? “To me,” she explains, “the game is a metaphor [to say] you can be whoever you want to be, and you can change yourself to be whoever you’re dreaming up to be at any point in your life. People around you accept you like that’s normal – we all dream up things and pursue them and feel safe and supported and cool about it. All these parties push that same idea in their own different ways, and that’s the most exciting thing that makes me happiest about being here and living here.” 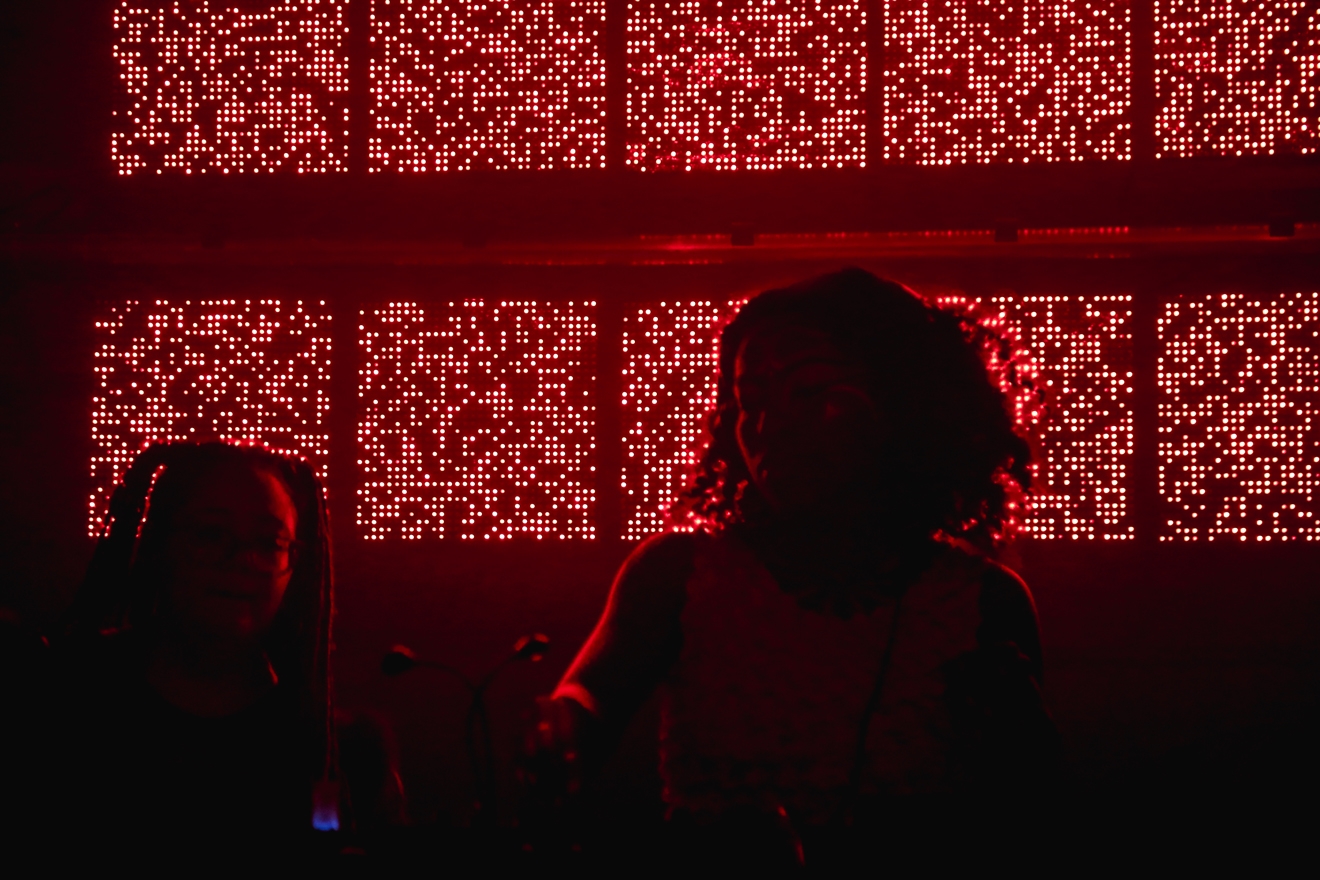 The world Yaeji has created tonight, though distinctly larger in scale than her more intimate parties – like Curry In No Hurry – of years past, is a positive and optimistic one in and of itself, with hundreds of people turning out to pack a warehouse with an exclusively local bill. It’s clear that the Yaeji cosign carries significance, even to a wider audience who may be less familiar with the underground electronic scene.

“It’s trippy to have a thousand people raving, but it still always feels like Kathy,” DJ Jor tells Mixmag after Gardens’ set, a happily psychedelic selection of upbeat house that featured not one but two tracks from Octo Octa’s new album. “I feel like all the crews playing feel real ownership in this party, not only because everyone is sort of running it together, but also because everyone really trusts Kathy to handle things right – and [we] trust each other.”

Make no mistake, Elancia still bears some of the hallmarks of Yaeji’s previous parties, in addition to the extensions of the vibe that can come with working in a bigger space. The open-air courtyard is buzzing with partygoers, though it’s the first markedly cool day of the summer, with a light drizzle. There’s a red-lit “ambient zone”, as Yaeji puts it, where people can take a seat on the floor and rest with their friends. At least two people are wearing elf ears, which fits with the theme. The folks behind Kichin, the popular Korean takeout shop-turned-restaurant that now resides next to nightlife hotspot Mood Ring, are selling snacks and instant ramen in the open-air courtyard, beside the main room.

Bryan Moon, one of Kichin’s co-founders, recalls a Curry In No Hurry party he threw with Yaeji at Williamsburg space Kinfolk two years ago, where Kichin served katsu curry to the crowd at the 12-hour event. It was the summer of 2017, right before the release of Yaeji’s EP2, and songs like ‘Raingurl’ (which this writer heard for the first time that night, and couldn’t stop thinking about for days) and ‘Drink I’m Sippin’ On” would end up breaking her through to a global audience. Like Elancia, the Kinfolk party was a family affair, as she hosted crews from various facets of the underground. Five of the DJs playing tonight – Chung, Salenta, DJ Jor, NK Badtz Maru, and Doxa – were on the line-up. It’s inspiring, and frankly heartwarming, to see this continue. 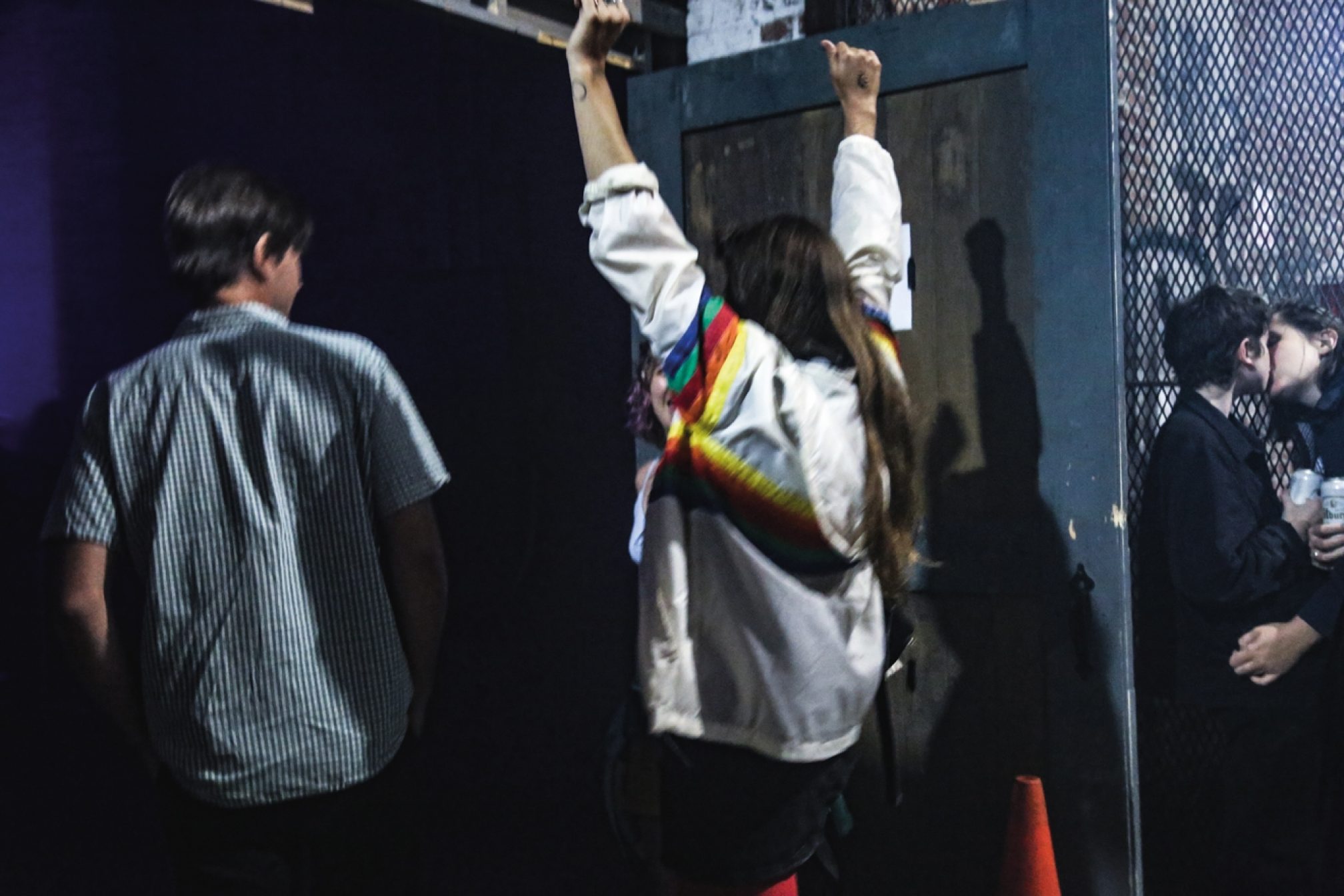 When we ask Bryan which crew playing is his favourite, he responds without hesitation: “Sublimate! Fucking Sublimate.” A gateway into the thick of it for many NYC ravers, Sublimate, with residents Turtle Bugg, Sagotsky and Chung, is known for ecstatic after-hours parties in a legendary DIY space. Anything goes, and though Turtle Bugg has moved to Detroit (“he’s still a local legend,” Bryan says), Chung and Sagotsky hold it down at peak time, playing crowd-pleasing cuts of disco and vocal house as well as timeless classics like Zombie Nation’s ‘Kernkraft 400’ and Alice Deejay’s ‘Better Off Alone’. The crowd, from seasoned partygoers to first-time clubbers, goes wild.

Read this next: Intense rave spirit: AceMoMa are injecting raw energy onto the dancefloor energy

Ask any underground Brooklyn punter about the last time they went to a proper warehouse rave and chances are you’ll get slightly more than you bargained for: an explanation of how increasing gentrification, the city authorities, and cops are making it much harder to book and put on warehouse parties. But as people who went to shows at places like Death By Audio, Palisades, Aviv or Silent Barn know, while DIY venues may come and go, but people will always find a way to party and play music together.

“We actively looked for a warehouse space,” Yaeji tells Mixmag. “[We wanted] to play a warehouse rave again because to my knowledge that hasn’t been happening as frequently.”

Though Elancia was booked through legitimate channels, the ethos behind the function pays homage to Brooklyn’s underground past while subsequently offering up a potential vision of its future – bringing more fringe sounds, if not directly into the mainstream, to a larger audience, as well as using the platform to big up the people who deserve it. Or, as one mainstay of the scene observes: “if these people remember the name of just one of these parties, that’s a good thing.” 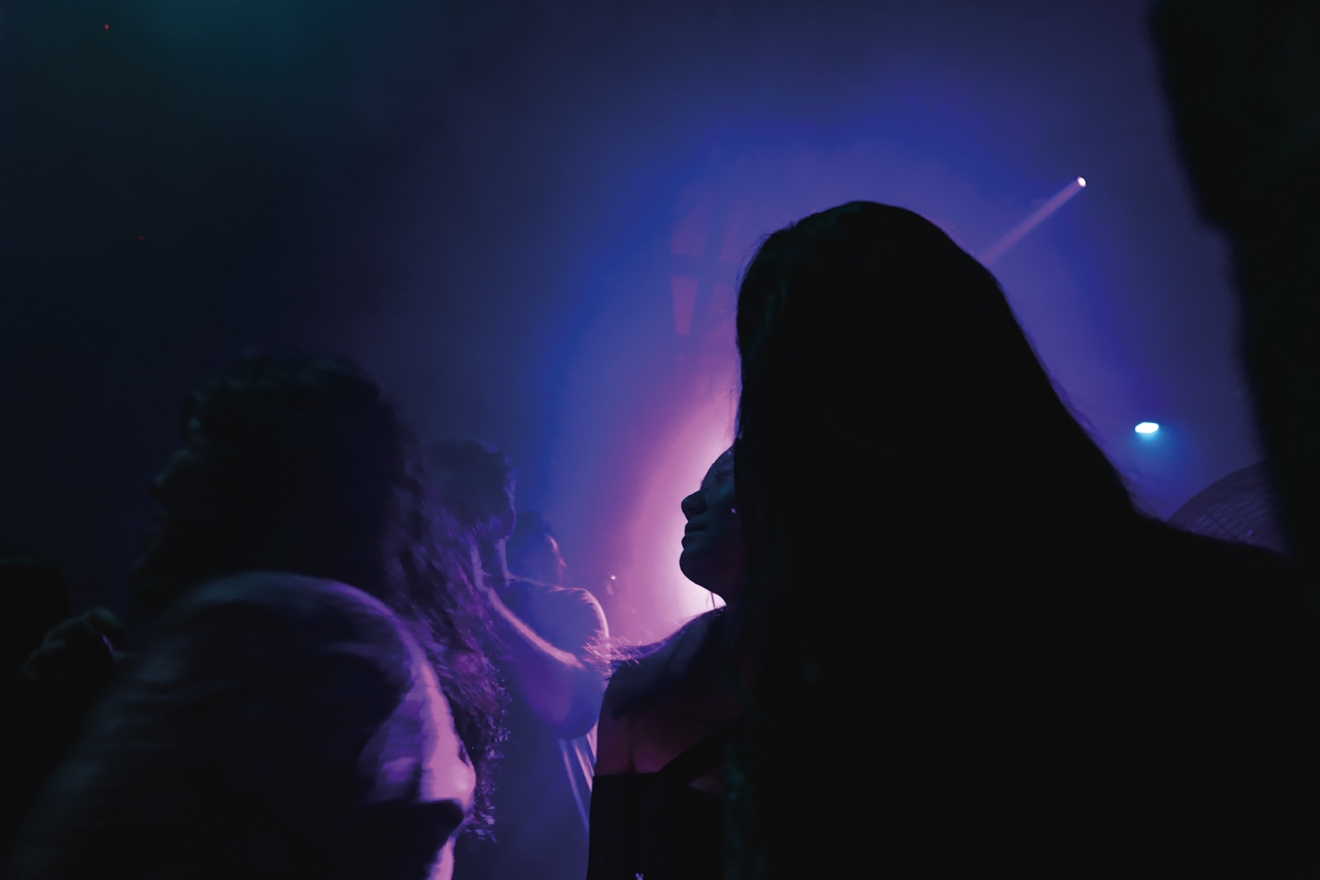 By 3:30AM, the once uncomfortably packed main room is thinning out, giving the late-night crew space to dance to their heart’s content. It’s a good thing, too, because Hot ‘N Spicy are fully going for it, with trance remixes of My Chemical Romance’s ‘Welcome to the Black Parade’, Hilary Duff’s ‘So Yesterday’, and Kelis’ ‘Milkshake’. As we cruise ever closer to dawn, School of Hard Trax appropriately swoop in for the last set, shelling it down in a barrage of open hi-hats and acid sirens. An inflatable green alien crowd-surfs briefly before falling to their demise on the cup-littered floor.

Moments like this make even a warehouse feel cosy – when you can count the number of people around you even before the lights come up, when you feel somewhere between completely burnt out and ready to go for another three hours. “When I first moved [to New York],” Yaeji recalls, “I was going out almost every night of the week, getting lost in the freedom of sound and expression holding space on the dancefloor.” And with Elancia, she’s encouraging others to do the same.