Brussels dwellers have well and truly lucked out when it comes to music. There’s a little something for everyone if you’re looking for it, from the ambient lull of Kiosk Radio to monster indoor techno raves. The latter, commonly affiliated with Belgian dance music culture since the genre’s golden era in the early ‘90s, has continued to grow year on year.

This year, one of Belgium’s best parties takes things up a notch. On Saturday, October 8, Rave Rebels is set to host its first-ever full-scale festival, welcoming 15,000 people through the doors of Brussels Expo, billed as the ‘biggest indoor rave’ in Belgian history. With a cast of techno’s biggest names to match the immense space, this year’s inaugural festival promises to be spectacular — and a whopping 14 hours long.

Read this next: Guide to Brussels: 6 DJs share their favourite spots in the city

Slated to play the opening edition, Deborah De Luca, Mall Grab, Ellen Allien, Gabber Eleganza and Paula Temple are each lined up, as well as a special one-off showcase from Solomun - his only set in Belgium in 2022. Rave Rebels takes place across two rooms for the first time in the party’s history, and returns with its famous lighting display which returns this year even bigger, better, and more impressive than previous editions. Across the roof of Brussels Expo, 76 tonnes of equipment, including LED panels and a 5.5 ton light-up cube, is held up by the same number of hoists that move and flow with the audience below. 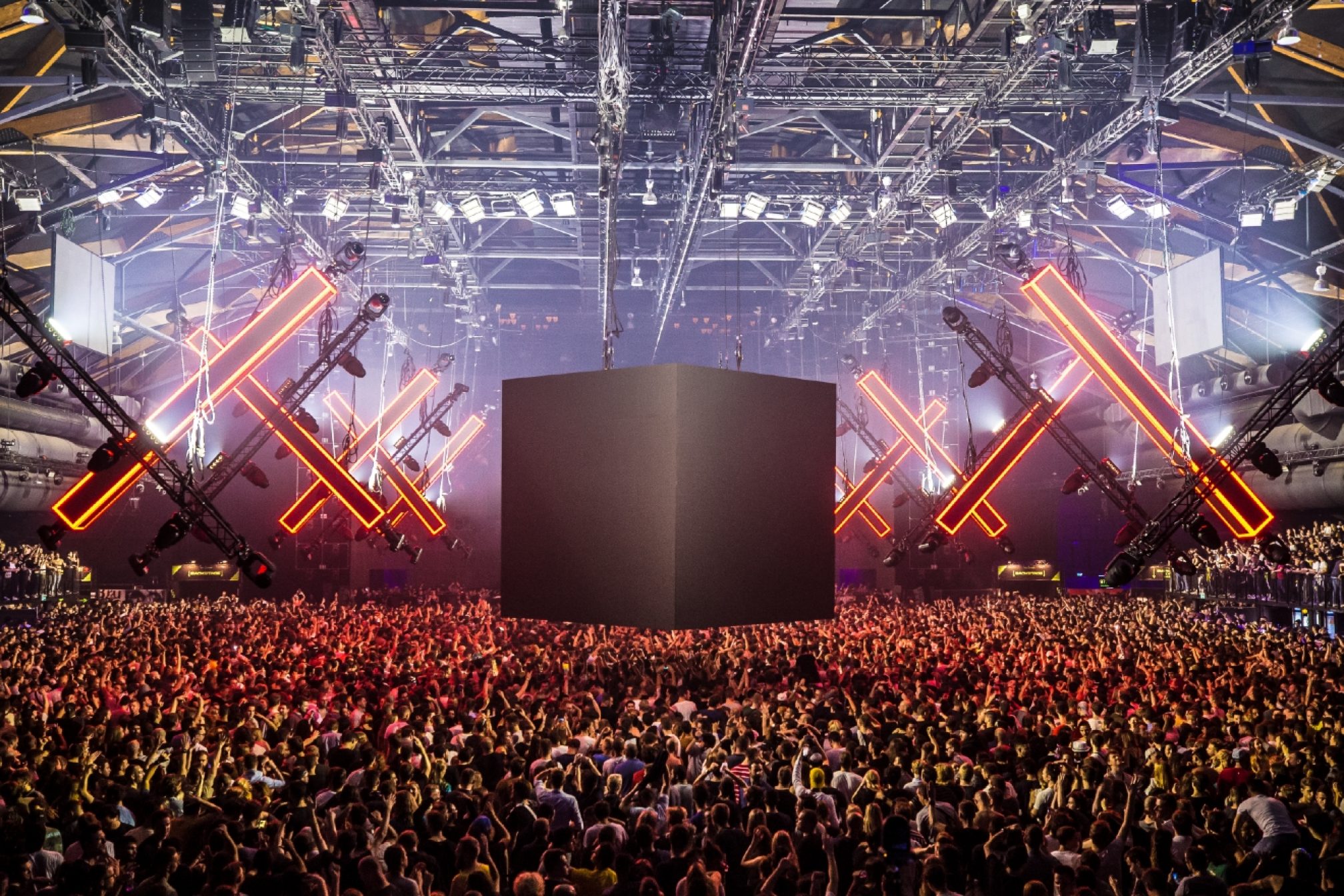 “We had been dreaming of doing something with, basically, a lot of toys. We wanted to do a big production and let out all of our creativity with a lot of LED panels, moving lights, etc.,” says Rave Rebels co-founder Nick Ramoudt. “Instead of looking at the show with production at one end of the room like you’re watching television, we wanted the audience to get involved. So, you’re not just looking at the stage with a DJ, but rather you feel like you’re part of the show.”

Read this next: "A total experience": How Fuse is transforming Brussels into a techno hotspot

Described as a “visual art festival” by co-founder Jens Grieten, who also owns Ghent’s Kompass Klub, the pair are as much engineers as they are techno veterans. “We’re slightly nerdy,” Nick jokes. “We bought two of these robots from the BMW factory and developed and experimented with them to make them do what we wanted for research development,” he says. In the process, Jens and Nick forged a monumental moving lighting display that offers crowds an immersive, all-encompassing experience during their debut festival. 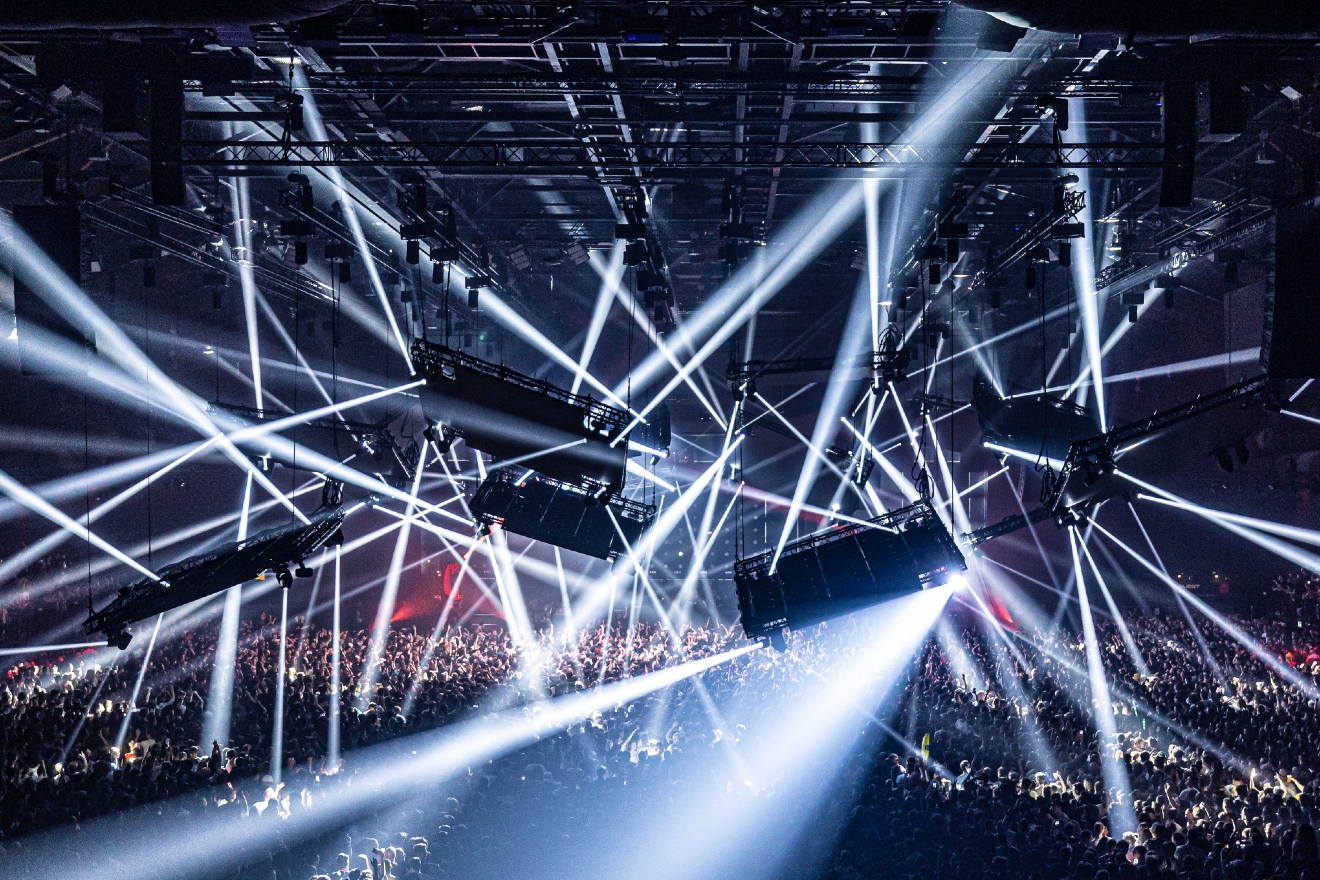 “You become part of the production,” says Jens. “Sometimes when the structure moves, it feels like a small intimate club because it’s really low and cosy, then it will pull up to its highest level and suddenly becomes this big arena. It creates lots of different environments in the same place”. On top of such surreal production, some of techno’s most sought-after names promise to fuel the night with 14 hours of high-energy music.

Read this next: How to have the perfect 24 hours in Brussels

“For me, playing these big raves is great because I play differently. I play differently from club to festival, it’s huge energy,” says Ellen Allien ahead of her debut show at Rave Rebels. Describing the night as a “very cool techno rave”, Ellen admits that she’s always wanted to go, even just as a punter. “I’ve seen it advertised and always thought, ‘I’d love to go to that’,” she says. “I’m really looking forward to playing. I’ve got a lot of unreleased music and new tracks - it’s going to be my answer to the rave community in how I see these big, epic parties.”