“We might not have the best economic situation but one thing that Romanians will always spend their money on is a party,” jokes Mixmag’s tour guide Adrian as we down a (miniature) bottle of the Transylvanian fruit brandy, Pálinka, en route to the fifth edition of Untold festival. Having grown to become the biggest event in the country, 372,000 EDM, techno, house, pop, trance and drum ’n’ bass lovers from all corners of the world are also making this otherworldly electronic utopia their temporary home.

A surreal Disney World-meets-Tomorrowland spectacle, it’s a four-day non-stop party billed as ‘the world capital of night and magic’. The scale of the festival’s production is jaw-dropping; not just the hundreds of artists and DJs booked to perform, but the pyrotechnic shows, interactive performers (fairytale characters on stilts at every corner), strobe lighting, firework displays and stage designs of all sizes which combine for a choose-your-own-adventure experience.

Read this next: Explore the mysticism of Transylvania and a star-studded soundtrack at Untold

Whether that’s deep in the forest getting lost under the spell of Damian Lazarus, Guy Gerber and Blond:ish’s hypnotic house at the Daydreaming stage (complete with its own bubble machine), being transfixed by Tale Of Us’s melodic techno in spaceship-staged superclub Galaxy, raving to Sub Focus and Wilkinson at d’n’b haven Alchemy, watching Robbie Williams light up a massive football stadium as he performs ‘Angels’ to a 90,000-strong crowd, trying to stay upright on a graffiti-covered rave bus complete with tech-house DJs and a surprisingly powerful soundsystem, watching trance vocalist Emma Hewitt cover Eurythmics’ 80s classic ‘Sweet Dreams’ in-front of an ominously gothic-looking building, or donning a Dracula cape and climbing into a coffin for the ultimate ‘I’m in Transylvania’ photo opportunity at Vladz Casino, no two experiences are the same at Untold. It’s a parallel universe for all ages and types of people to get lost in. 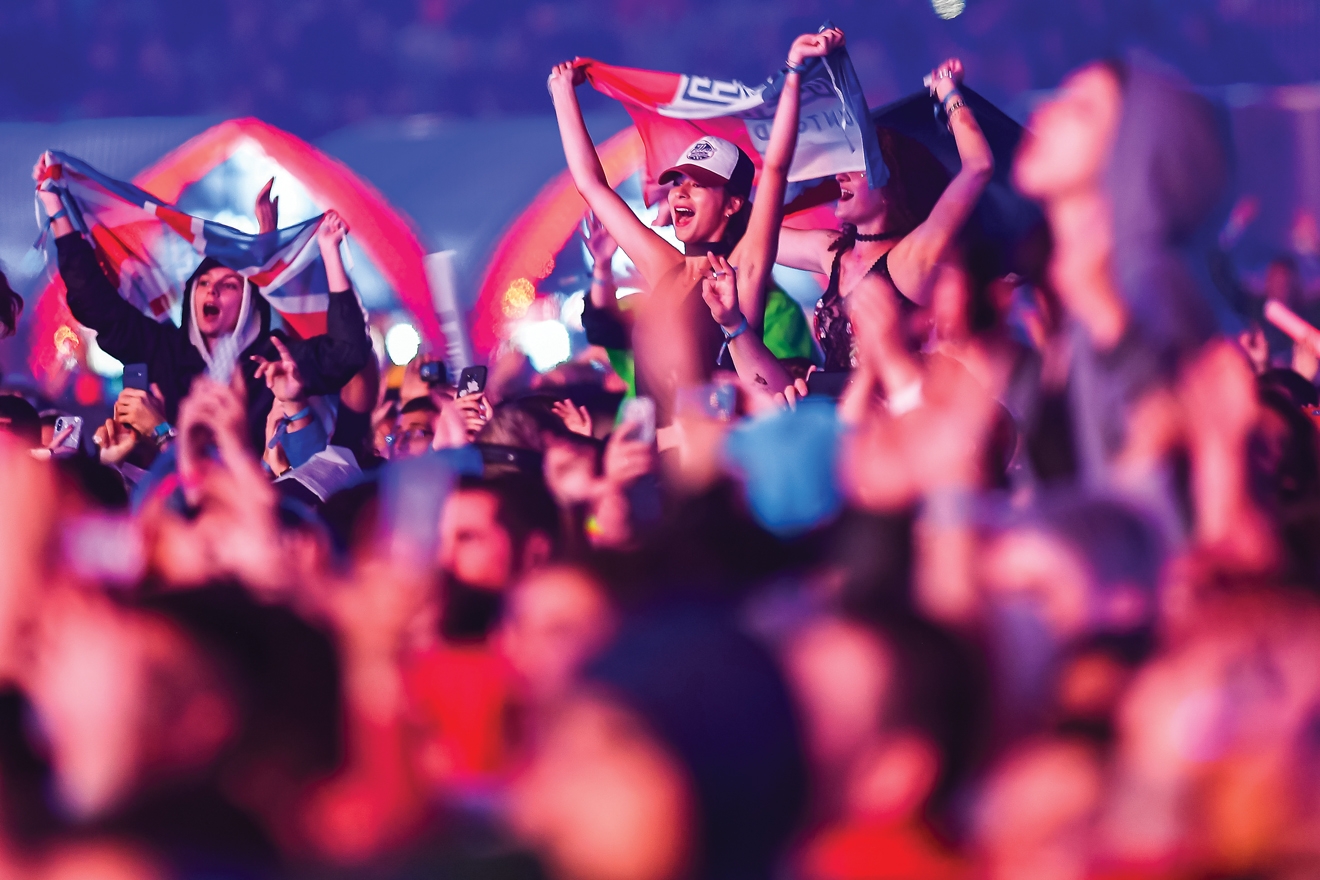 During the weeks leading up to the festival – and when it finally arrives – Untold takes over the entire city of Cluj-Napoca: posters hang on buildings and inside the airport, and a stage streams the action in the middle of the Old Town. The patriotic pride of the locals in Untold is obvious. Setting up a huge festival in a country with no previous experience in the music industry wasn’t without its challenges, though.

“It was quite tough to get artists to come over, because at the time it wasn’t a very ‘attractive’ country,” says Edy Chereji, Head of Marketing, who has been a part of the Untold team since the first edition in 2014. “We had to convince artists to come here. But after visiting other festivals and trying to piece the puzzle together for two years, we launched in 2015 and it was the biggest event in our country that year.”

With backing from the local council and government, who saw the potential economic benefit to the city and to Transylvania itself, the idea for a non-stop party in one of Europe’s biggest stadiums came to life. While the team managed to pull in huge EDM bookings like David Guetta, Avicii and Armin van Buuren, 90 per cent of the 60,000-strong crowd were Romanians. But while the debut was something of a local affair, Edy and the team wanted Untold to become “a reason for people from other countries to come to Romania.”

Five years later and the festival is growing on an international scale, this year attracting an audience that’s now 20 per cent foreign – that’s 74,000 music lovers from America, Germany, Britain, France, Australia, Holland and even further afield, many proudly wearing their country’s flags like capes.

“It’s our mission to put Romania on the map because we think it’s an important thing that the festival should do for its own country,” Edy continues. Italian clubber and Untold first-timer Nikki says it’s working: “Romania is one of the most underrated places I’ve been to.” 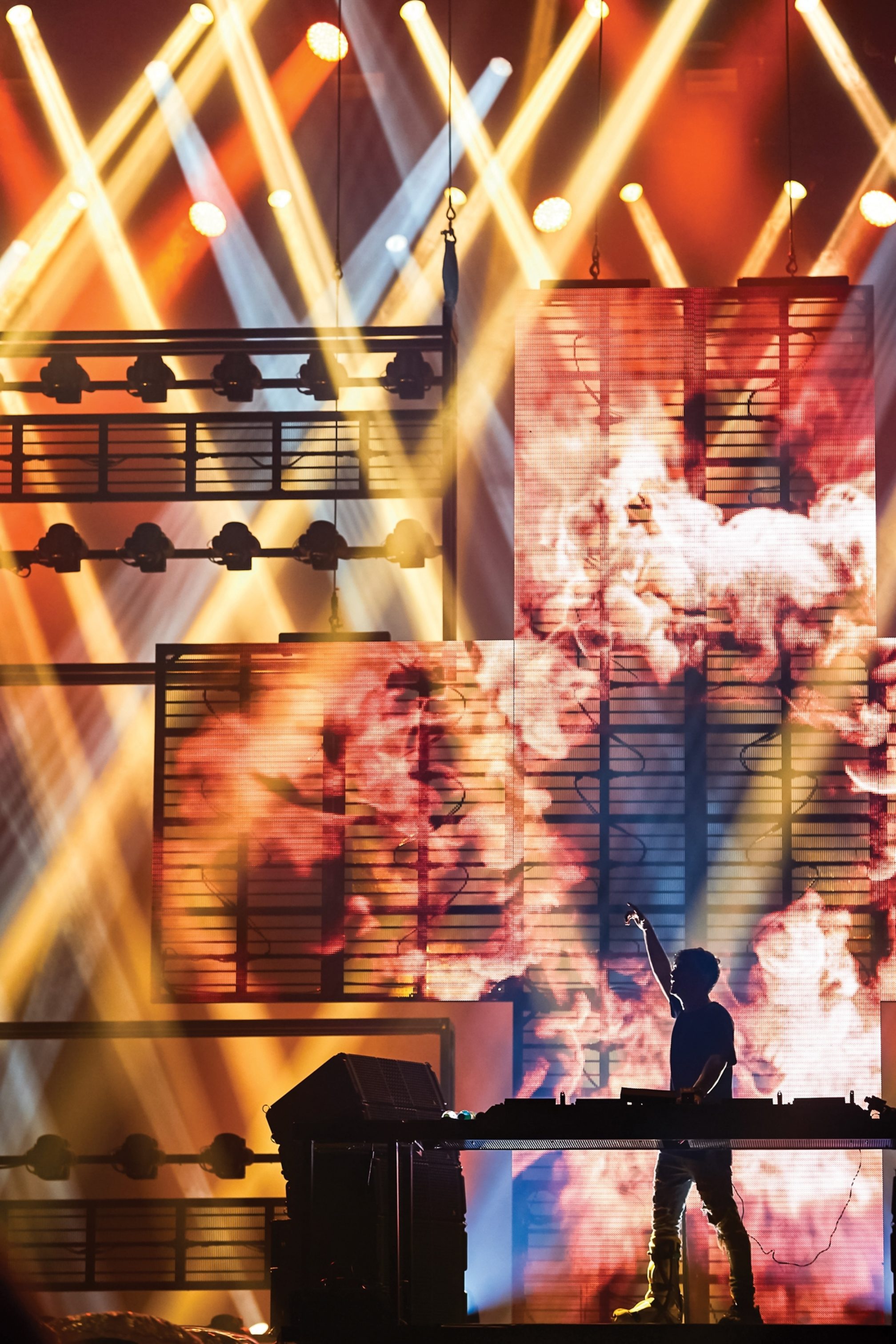 By broadening its line-up to include pop artists, hip hop throwbacks and a few curveballs as well as electronic DJs – everyone from Bastille, Busta Rhymes and Morcheeba to Seth Troxler, Timmy Trumpet and Boris Brejcha – Untold is carving out a name for itself in a region that’s dominated by two established giants: Sziget in Hungary and Exit in Serbia. Edy reckons they have a secret weapon. “If you come here you’re going to see something you can’t see at other festivals: the Romanian audience is very dedicated and you can party from two o’clock in the afternoon until eight or nine the next morning. That’s why Armin and other artists keep coming back.”

Having played seven-hour sets on the main stage over the past five years for hundreds of thousands of glowstick-waving ravers from across the globe, it’s clear that Armin Van Buuren – who was brought to tears onstage by the reaction he received at the 2018 edition – agrees. “The crowd is phenomenal, you can just feel the emotion and the production is on point… it’s exactly what a festival should be like,” the trance titan says. “The organisers go the extra mile, and it’s incredible to see flags from around the world… I have a connection with Untold that I can’t seem to define or pinpoint.”

That connection, says Edy, is at the heart of Untold. “We want everyone to feel free to be who they want to be and do what they want to do,” he says, pointing to posters with the slogan ‘Love, family and respect’. “It’s been a dream to welcome so many people to our country, and if there’s one word that we’d like to reflect the festival, it would be ‘United’.”