Gabber is Back, and "Techno Purism can Suck it" - - Mixmag
Home Latest News Menu

In July 2013 I went to Tomorrowland in Boom, Belgium. I was writing a history of dance music, and I wanted to interview Marc Acardipane. Arguably the first hardcore techno artist – his Mescalinum United track ‘We Have Arrived’ went off like a hydrogen bomb in 1991 – Acardipane and his cohort (his own label PCP, others such as Mokum and Rotterdam Records) had particularly impacted the Midwest US scene I’d come up in.

It turned out his appearance was a measly half-hour on a tiny, far-away stage at the end of the last night, like booking the Belleville Three to play the burger bar. I kept asking about speaking to him, while my smiling handlers pretended not to hear. Three months later, ID&T, the company behind Tomorrowland – as well as the legendary Dutch all-hardcore all-nighter Thunderdome – sold itself to a big, stupid American conglomerate that took less than three years to go belly-up (it’s now in the safer hands of Belgian brothers Manu and Michiel Beers).

Today, ‘EDM’ survives primarily as a term used by clueless American bizzers who, after all these years, still couldn’t distinguish between happy hardcore and deep house with a gun to their heads, while Dutch hardcore, in particular, flourishes again. Gabber itself has been supplanted by a veritable forest of options, all of which you can sample at Thunderdome, founded in 1992, out of business right before ID&T’s sale and revived afterward by true believers (the 2019 edition takes place October 26 in Utrecht). Hardcore hasn’t been so widely visible in clubbing circles since the 90s.

Ah, the 90s. What gabber had going against it was that it can be very tiresome to listen to for long periods of time. But a handful of tapes are, if not exactly easy listening, at least somewhat instructive.Brooklyn’s Lenny Dee founded the Industrial Strength label, one of gabber’s critical imprints. His ‘Live at Universe, Big Love’ (August 1993) is a nutso display of verve that stuffs 31 tracks into 45 minutes, including pauses for soundbites and MC chatter. The highlight, of course, is the DJ’s own ‘Fuckin’ Hostile’. His ‘Live At Omen, Frankfurt’ (January 1994) may be even loonier; as another of Dee’s own selections puts it, “Gabber up your ass (your ass, your ass, your ass)!”

Dee’s West Coast incarnation was Los Angeles’s Ron D Core, whose ‘Angel Of Death’ (1995) – half of a split mixtape with Dan Efex – included a splatterbreak-abetted version of Herb Alpert’s Dating Game theme song. The message was clear: techno purism could suck it. 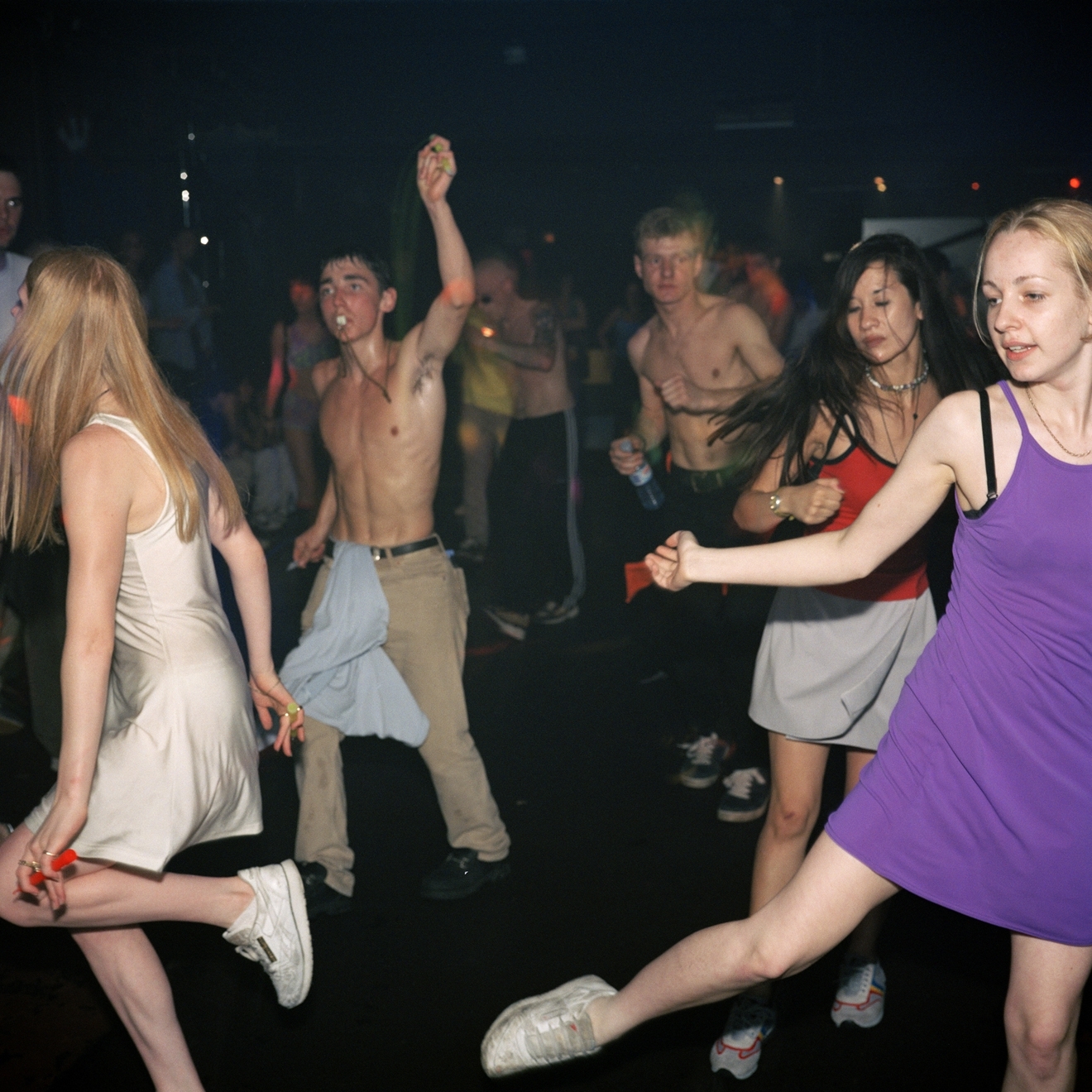 The summer of ’95 is when gabber, improbably, became a brief pop phenomenon, as Technohead’s ‘I Wanna Be a Hippy’ spent three weeks at No 1 in the Netherlands, and Rotterdam Records founder Paul Elstak was on Top Of The Pops. But while Elstak’s half-hour set from ‘Rezerection: Nightmare’ (July 1995), London’s coming-out party for gabber, does indeed dip into the happy hardcore that increasingly defined his label’s output, it’s still dizzying rather than cloying: wicked choons and Public Enemy samples for the Ren & Stimpy generation.A different mood seems to account for gabber and hardcore’s sudden renaissance. Even the dance world is in an apocalyptic frame of mind these days, and with EBM, industrial, darkwave, goth and noise-making their way into the DJ frame of late it was probably a matter of time before the techno equivalent of heavy metal rejoined the fray.

In February 2018, Resident Advisor ran a history of Thunderdome accompanied by a three-hour (!) podcast by The Outside Agency. That June, the Berlin-based DJ, writer and archivist Alberto Guerrini’s alias Gabber Eleganza began a monthly show on Rinse FM. And this January, Boiler Room began a hard dance series: the set from FKOFF1963, of São Paulo, Brazil, is like a lawnmower criss-crossing your cranium.

That re-found visibility also applies to Acardipane himself. His comeback album under techno alias The Mover, ‘Undetected Act From The Gloom Chamber’, dropped in March 2018, and DJs from from Blawan (Essential Mix, May 2018) to Helena Hauff (Flow Festival, Helsinki, August 2018) to Veronica Vasicka (RA.663, February 2019) to Ben Klock (Time Warp, April 2019) have utilised its tracks.

But to hear Marc at his delirious peak, look no further than his set for Boiler Room’s ‘Hard Dance NYC: Spinoff Gabber’ in April. His opening gambit, ‘9mm Is A Classic’ (by Ace The Space, another Acardipane alias) into ‘We Have Arrived’, is a big sweaty hug from an old friend, however crazy-eyed, and later on he nods to his peers with a truly shameless sequence of Aphex Twin’s ‘Come To Daddy’ > Moby’s ‘Feeling So Real’ > ‘Slaves To The Rave’ by Inferno Bros. It’s truly immense. Turns out he wasn’t kidding: hardcore will never die.

The Mover headlines Even Furthur, August 8-12, in Highbridge, Wisconsin; see Dropbass.net for detail