At the peak of Euphoria's sixth episode called "The Next Episode", we see the final moments of a dramatic Halloween house party coming to a head. Jules, the bestie-turned-crush of our protagonist Rue, is soaked after a tipsy jump in the pool and is helping herself to the party's remaining libations.

While it hasn't been explicitly stated, it's safe to assume that Jules is drenching herself - both externally and internally - to dilute her mixed bag of anger and pain of being at the mercy of the town's evil villain (and overly-masculine popular school jock, underage-porn blackmailer, etc.) Nate. As she gulps down the contents of a cheap bottle of vodka and wanders over to the dance floor, the sparkling tones of Bronski Beat's 'Smalltown Boy' begins to play. There's something charming, yet simultaneously foreboding about the twinkle of an '80s classic coming into play as we watch one of the show's rare bright lights begin to fade on screen.

There's no coincidence in the music choice behind this moment, which also goes on to croon behind the pain-riddled face of a currently sober, recovering high school drug addict named Rue (played by Zendaya) as she has a full-blown meltdown in the bathroom of said house party as well as Cassie (Sydney Sweeny), a girlfriend-turned-punching-bag who finds herself drowning her insecurities by engaging in sexual activities with equally terrible boys. All throughout, the falsetto of 'Smalltown Boy' appropriately narrates the scenes with the repeated chant of its haunting chorus rally call: "cry". 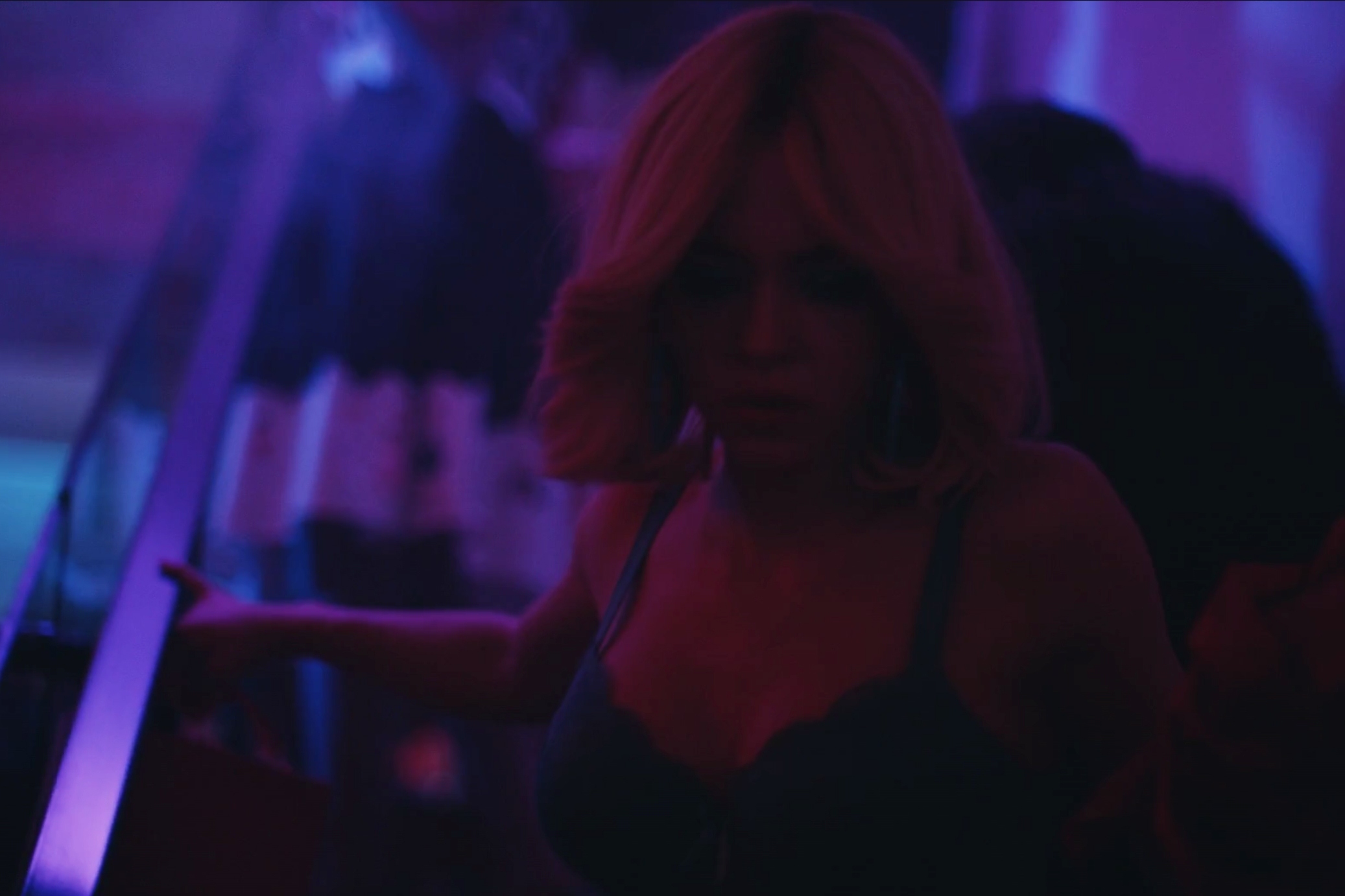 For generations before Millennials and Gen Z, however, that same Bronski Beat's tune served as the soundtrack to a similarly heart-wrenching story of a different era.

Originally released in 1984, 'Smalltown Boy' received an official music video later that year. Directed by London filmmaker Bernard Rose, the five minute video is presented like a silent film following the story of a young gay man, played by the band's own openly gay singer, Jimmy Somerville. The story begins with some quick background on Somerville's character as he eats breakfast with his family, most notably his father, who seems distant and cold. Soon, he discovers an innocent interest in a handsome athlete at the local pool. He attempts to make a pass, but is quickly shut down and shamed. Not long after, he's cornered by the jock and his friends who chase him down on a motorbike and attack him. He's brought home, bruised and battered, to his distraught family. He decides to leave town, and faces yet another blow - this time emotionally, from his own father, who hands him a bill for his journey ahead but turns away from his son's extended hand without a hug or a handshake.

Thankfully, the original 'Smalltown Boy' story ends in relief as Somerville is joined by two friends on the train. Together, the trio walk off on the train platform in smiles.

Upon its release, the 'Smalltown Boy' director Bernard Rose had begun to build his reputation not only as an adept filmmaker talent, but also as a pioneering voice for the queer community. He had just released the controversial video for Frankie Goes to Hollywood's 'Relax', which was filmed at an S&M-themed gay club featuring drag queens and gay men dressed in leather. It was banned outright by MTV and BBC.

For Rose, 'Smalltown Boy' presented yet another opportunity to provide a voice for the queer community in a new perspective. “I think it was a very common story, and I think that's a really interesting example of how to make a scene impactful just on the picture alone. I think it's a very common experience for people, and I think it even goes beyond the gay issue: people who just are rejected and thrown out like that. That was Bronski Beat's message,” Rose explained in an interview with Yahoo. “They were going to point out the essential problems and oppressions involved in being gay at that time, which was you were quite likely to get beaten up somewhere, or thrown out by family. There's really no question that that's true. It is still true. In that sense, it was very bold.”

The parallels between the original interpretation of the pained lyrics of 'Smalltown Boy' ("Pushed around and kicked around, always a lonely boy / You were the one that they'd talk about around town as they put you down") ring fiercely true to the characters and modern day struggles of Euphoria's cast.

The most obvious example is with Jules, a trans teen who has, at only age 17, has already seen some pretty dark and terrible things from men in her community who seem to fear her, want her and spite her for what she is, all at once. While she hasn't packed up her bags and left (...yet), her story reflects the trials and tribulations of Somerville's character in 'Smalltown Boy', who is ultimately forced to come to terms with his identity as a gay man after being chewed up and spit out by his town.

Cassie's story also reflects the same sense of rejection that Bronski Beat sing. After being disrespected by her insecure boyfriend, she seeks drunken comfort from her high school classmate. As things escalate in a bedroom, she comes to her senses and tells him things won't go any further, which irritates him. "I'm going to be honest with you, because no one else will," he spits at her as she begins to cry. "Any guy who says he's interested in you beyond just fucking you is full of shit."

Interestingly, 'Smalltown Boy' also soundtracks the beginning of an ulterior storyline in Euphoria as Nate - the school's popular jock, toxic abuser and potentially closeted gay man trying to hide his true identity by spewing homophobic thoughts and actions - heads off on a truly despicable quest involving blackmail to incriminate and coerce an innocent young man to come forward with a false confession about a crime he didn't commit. His story certainly recalls the story matter that Bernard Rose chose to tackle in the music video for 'Smalltown Boy', perhaps this time providing a parallel to the attacker in this modern day interpretation.

At first listen, the song might feel upbeat and almost happy, in a way, but the lyrics never fail to remind of the truly sour tone of the story to come. At its core, 'Smalltown Boy' tells the story of a tragedy, making it a perfect soundtrack apex for a show like Euphoria, even nearly three decades later. If the kids are lucky, maybe there’s a Bernard Rose inspired peek at a happy ending for them in store