It’s easy to be taken aback on your first visit to The Refuge, the cavernous restaurant, bar and events space housed in the hotel lobby of one of Manchester’s most opulent hotels. The spectacular 19th century gothic monument was once considered the city’s first skyscraper, and the high ceilings, intricate tilework and general grandeur of the place suggest a venue more likely to be frequented by the city’s elites than one that hosts club nights with the likes of Midland and Nightmares On Wax.

“It’s one of the most beautiful buildings in the North,” insists Luke Cowdrey, who runs The Refuge with business partner Justin Crawford. “But because of this, we’ve tried to bring a disruptive approach as opposed to the antiquated, generic, middle-of-the-road experience you can find with a lot of hotels. We wanted to show that there’s life beyond the sanitised downtown of Manchester.”

As The Unabombers, Cowdrey and Crawford – and their much-celebrated Electric Chair parties – have been instrumental in shaping the electronic backdrop of their home town for the best part of three decades. The DJ duo acted on their culinary passions in 2014, starting their own restaurant in the leafy suburb of Didsbury before being headhunted to take control of The Refuge just two years down the line.

“We said to ourselves, ‘Whatever we do we mustn’t make people feel intimidated by the space,’” Crawford explains. “We decided that the best way to do that was by throwing massive parties – to break down any preconceptions and democratise it a bit.” 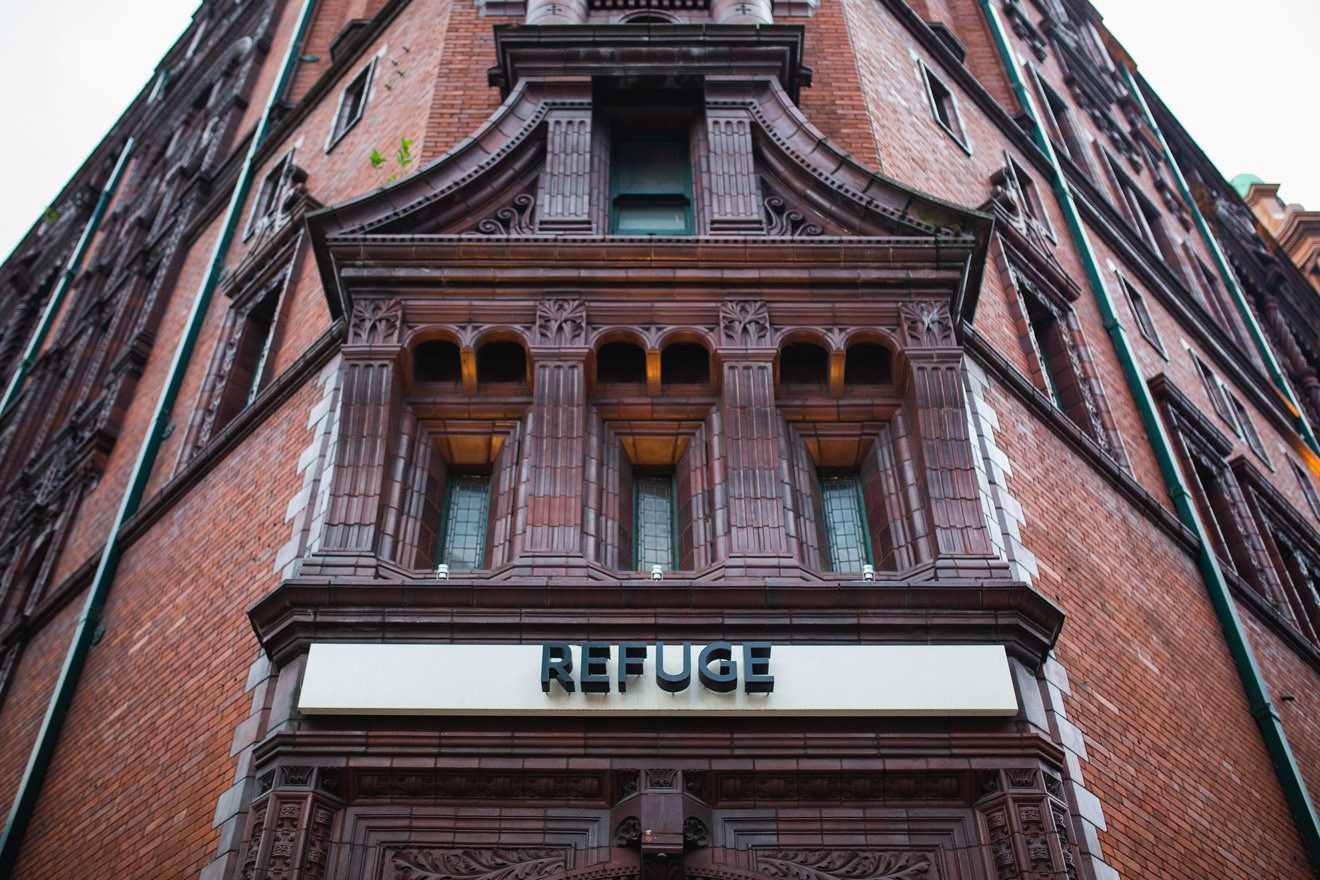 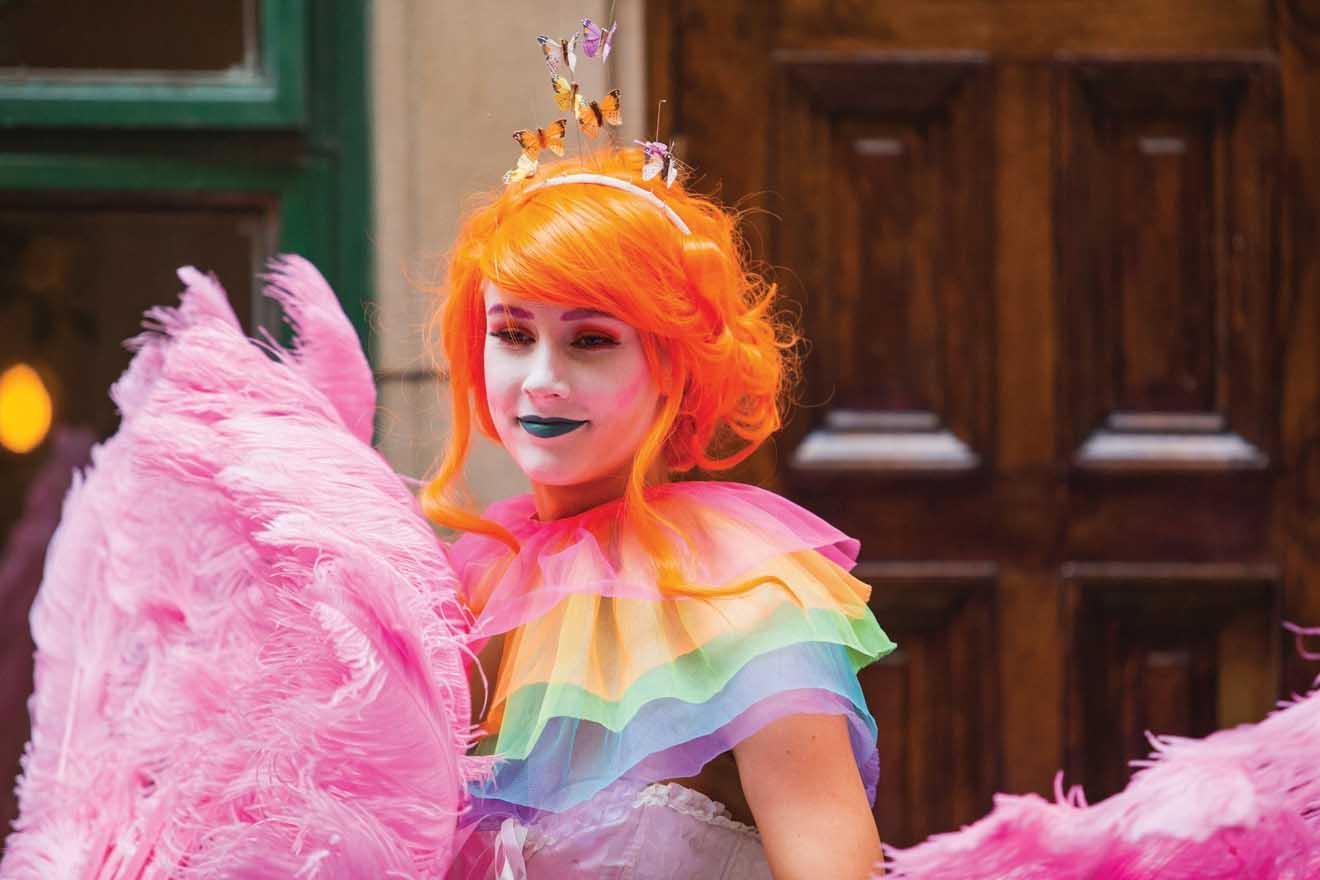 The venue shunned the prospect of an exclusive opening party attended by a Who’s Who of Manchester United players and Coronation Street stars; instead opting for a ‘Come As You Are’ affair soundtracked by an array of local DJ talent. Before long the stunning courtyard area was being used for a string of all-day street parties, with everyone from Andrew Weatherall to Derrick Carter to Gilles Peterson dropping by to perform. Any preconceptions of a ‘stuffy’, ‘pretentious’ or ‘mundane’ hotel experience that may have carried over from the previous owners were firmly dispelled. The Refuge quickly carved out a niche: somewhere that was offering relaxed dining and an extensive drinks list alongside an expertly curated DJ agenda.

“The marriage between two veteran DJs and this beautiful building is a strange one, but bizarrely, so far it’s worked,” Cowdrey laughs. “The acid house generation has grown up a bit, but they still want to go out and listen to good music in a chilled-out environment.”

Today’s marathon 14-hour party, in collaboration with Ibiza’s legendary Pikes Hotel, sees DJs performing across the bar and courtyard areas all day before retreating to the basement of the building for the final stages.

“We’ve stripped the basement down to the bare bones, and it stands in stark contrast to the magnificent building above,” Cowdrey continues. “There’s a Kerri Chandler record called ‘A Basement, A Red Light & A Feeling’, and that’s very much the mindset we’ve applied here. All the ingredients are already there – don’t overthink it.” 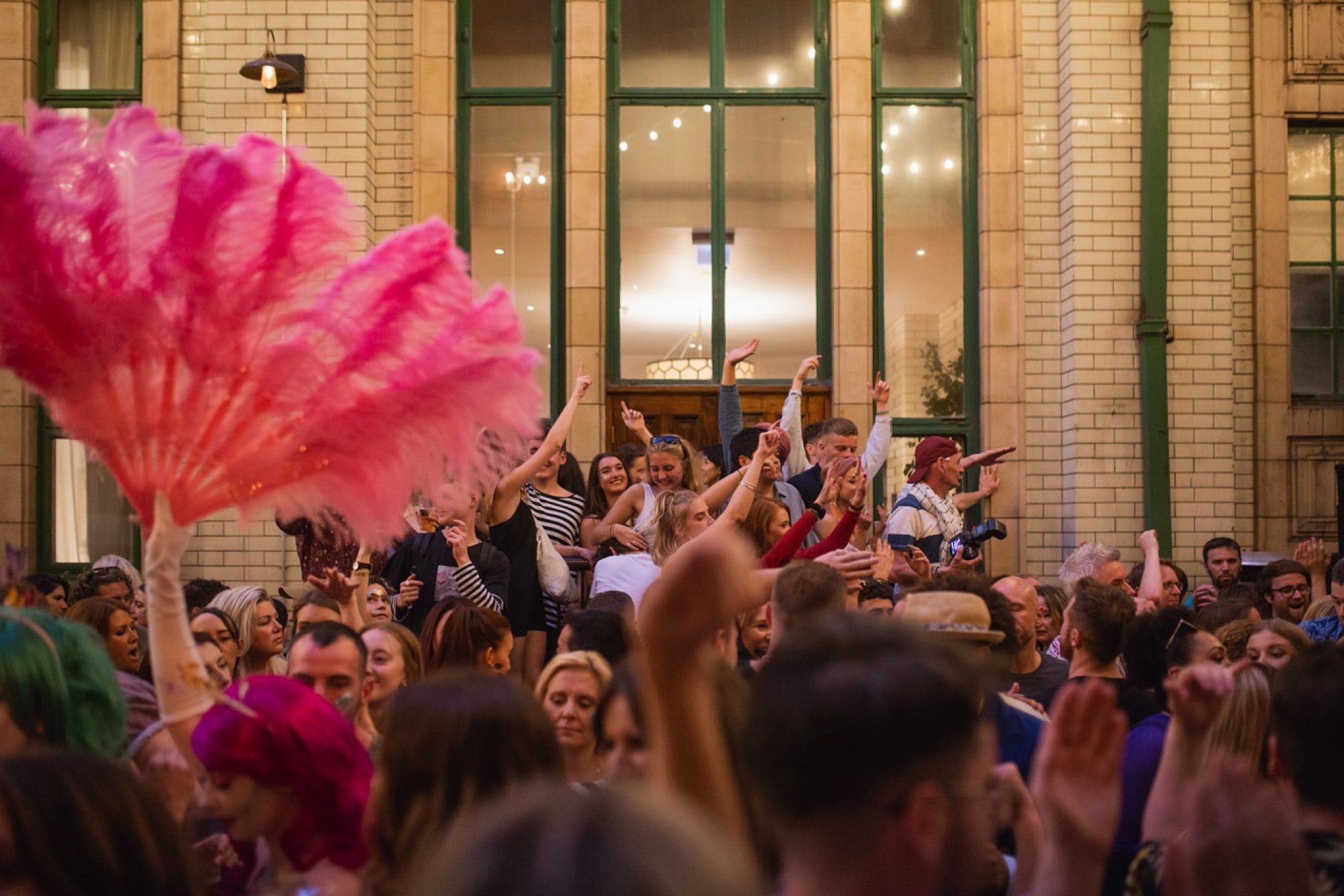 The party marks a year since the last Pikes showcase, an event that helped cement The Refuge’s inclusive ethos – albeit in the face of adversity. “The last Pikes party we threw was six days after the Manchester Arena attacks,” Cowdrey recalls. “It was a dreadful, dreadful time, and we didn’t know whether we were going to open or not, but we did and the whole city came out – it was an absolutely incredible atmosphere. There was a real sense of people carrying on and standing strong, and it was just wonderful.”

This time around, Pikes has brought the Balearic weather along with it, and if you squint you could mistake the courtyard for one of the White Isle’s many terraces. “Pikes is hedonism, but it’s hedonism with nice curves and smooth edges,” Crawford suggests.

Out in the courtyard, local selector Ruf Dug is easing the crowd in with a late afternoon set spanning jazz-funk, West Coast electro and Latin American rhythms before culminating with a playful ‘Club Tropicana’ edit. The Unabombers take to the decks shortly after, immediately upping the tempo and shifting the emphasis towards all things Balearic. 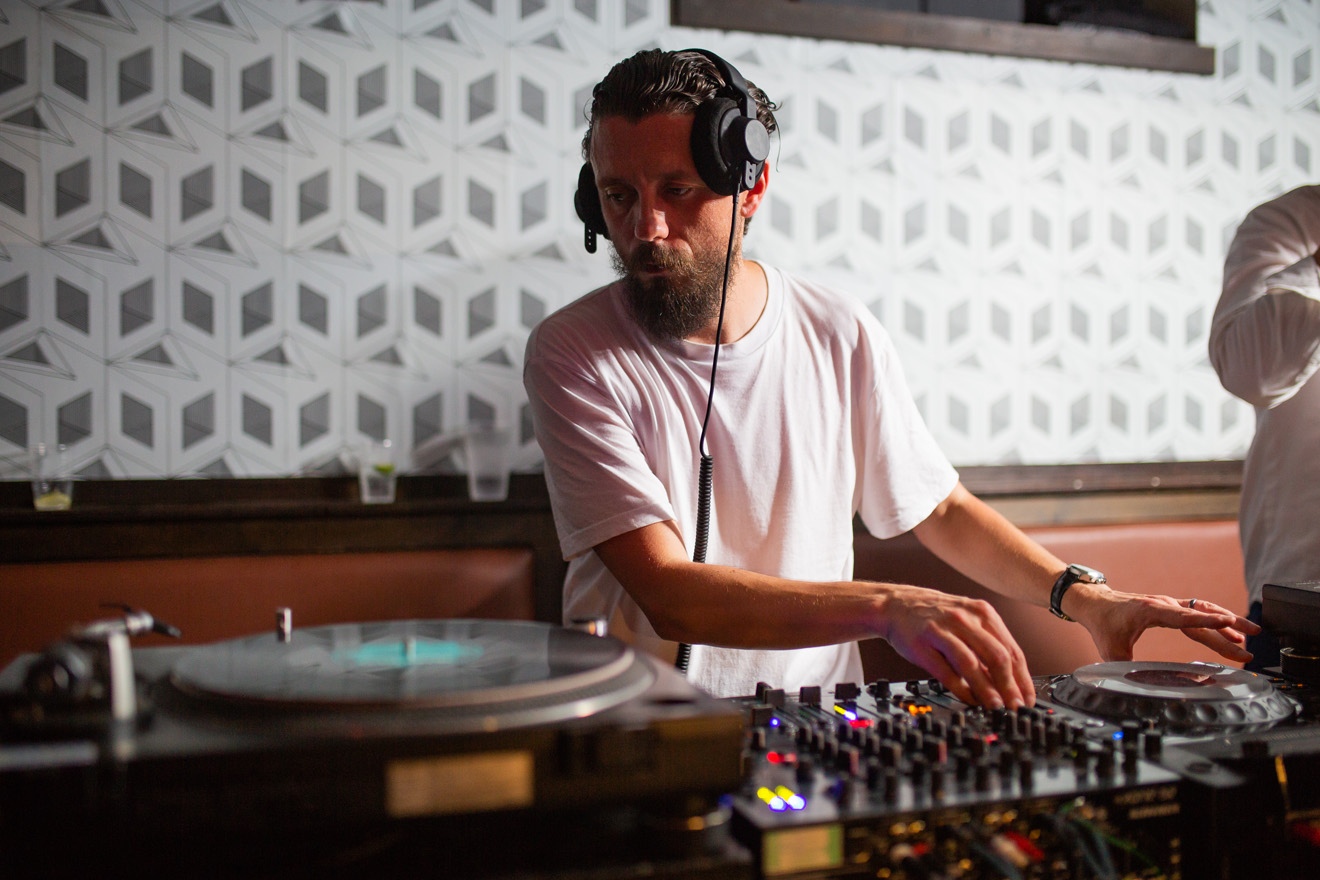 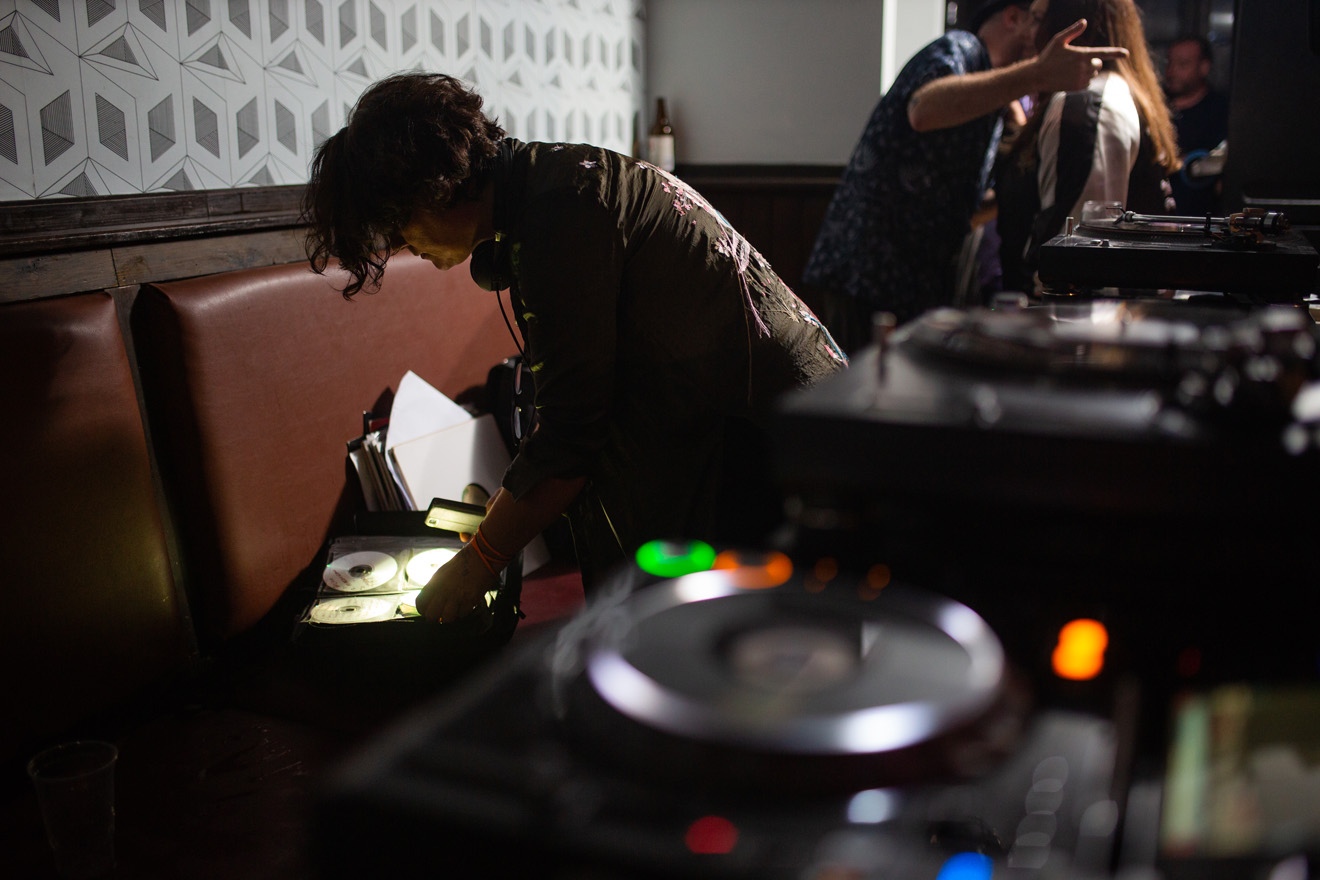 “Twenty-five years ago, when I first moved here from London to be with my boyfriend, Manchester didn’t have a particularly vibrant music scene,” explains Ibraham, a tall, approachable punter dancing enthusiastically at the side of the DJ booth. “I’m a forty-plus guy who’s grown up with some great DJs, but let me tell you: this has some real bounce!” Right on cue, the familiar chorus of Talk Talk’s ‘It’s My Life’ filters through the air, drawing a unitary cheer from the rapturous terrace.

The Refuge makes up just a small part of Manchester’s diverse, multi-faceted music scene, and those involved are convinced it’s on the rise.

“There’s so much going on in Manchester at the moment, it’s an exciting time in the city,” Cowdrey says. “People always get worried that it’s never going to be the same as it used to be, but it always is.”