It’s Friday night at Tallinn Music Week, and the dark dancefloor of Kauplus Aasia, a disused Chinese restaurant now transformed into a dystopian nightclub, is being energised by a diverse range of sounds spanning drill to disco by residents of the St. Petersburg arts venue Kruzhok. The bill also features Tallinn’s Nechaev, founder of the Import radio show and club night co-hosting tonight’s event, playing back-to-back with fellow local DJ AV. This cross-continental merging of styles is typical of the range found at the Estonian capital’s international music showcase, which has established itself as a destination event in the European calendar over the past 13 years, attracting more than 20,000 people annually with a reputation for innovative bookings.

Inside the Import x Kruzhok event, Russian artist Batya flaunts a gold chain and velour tracksuit while freestyling over DJ Dobriydrug’s audacious, angsty beats. Estonia and Russia have an entangled history - to put it euphemistically, with Moscow exerting decades of occupational rule over its various satellite states during the Soviet era - but during this time, Estonia was one of the more liberated outposts. “I was born in the USSR,” a punter named Aleksander tells us, taking a swig of beer in the smoking area. “A lot of people chose to come to Estonia because, during the Soviet times, there was more freedom. The economy was different, the news was different, the music was different, the culture was different.” Now the country’s demographic is made up of more than 300,000 Russians, or around a quarter of the entire population, contributing to cultural connections such as tonight’s heady mix of sounds. “Now we can listen to anything, whatever we want. It’s not so political anymore,” Aleksander continues. 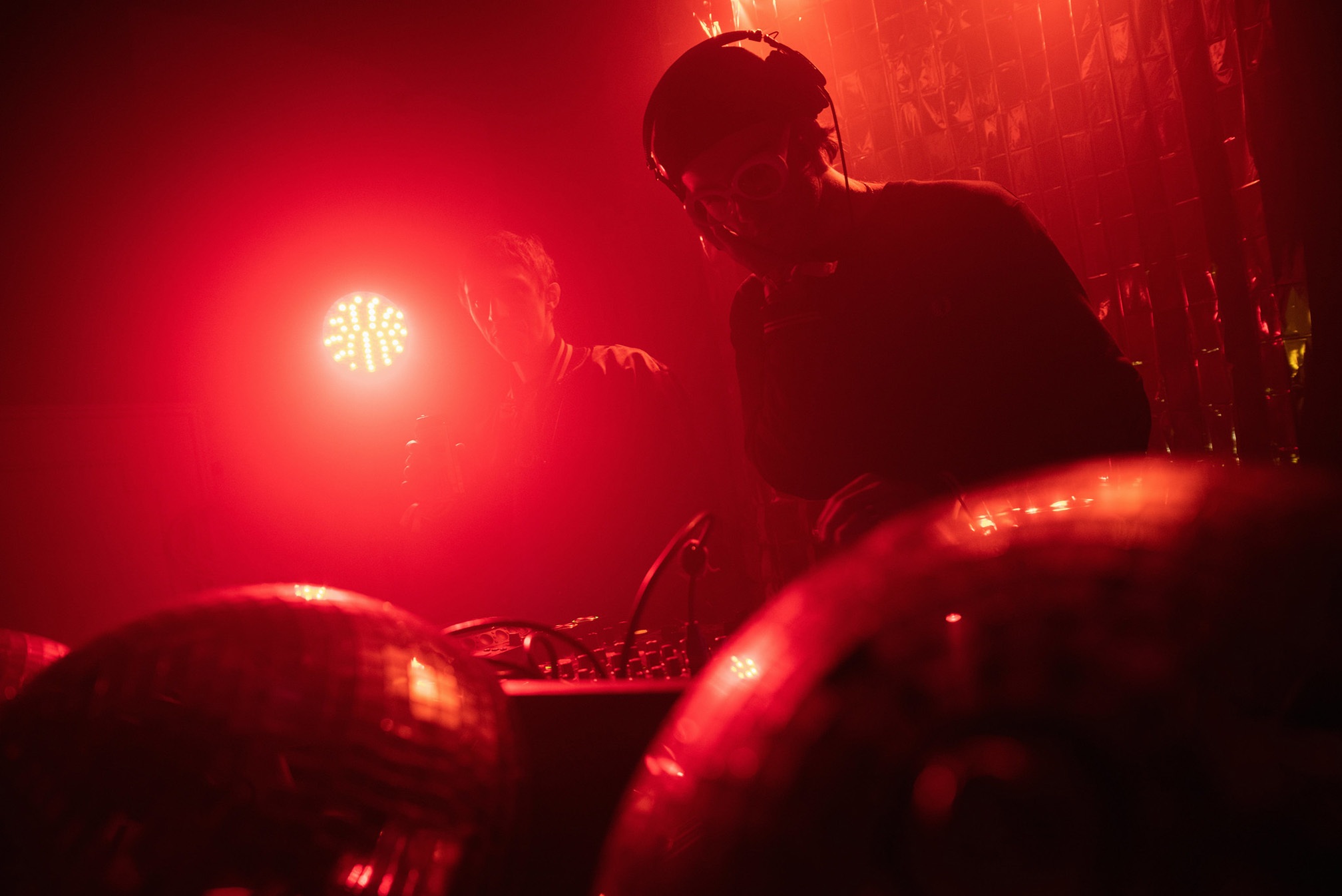 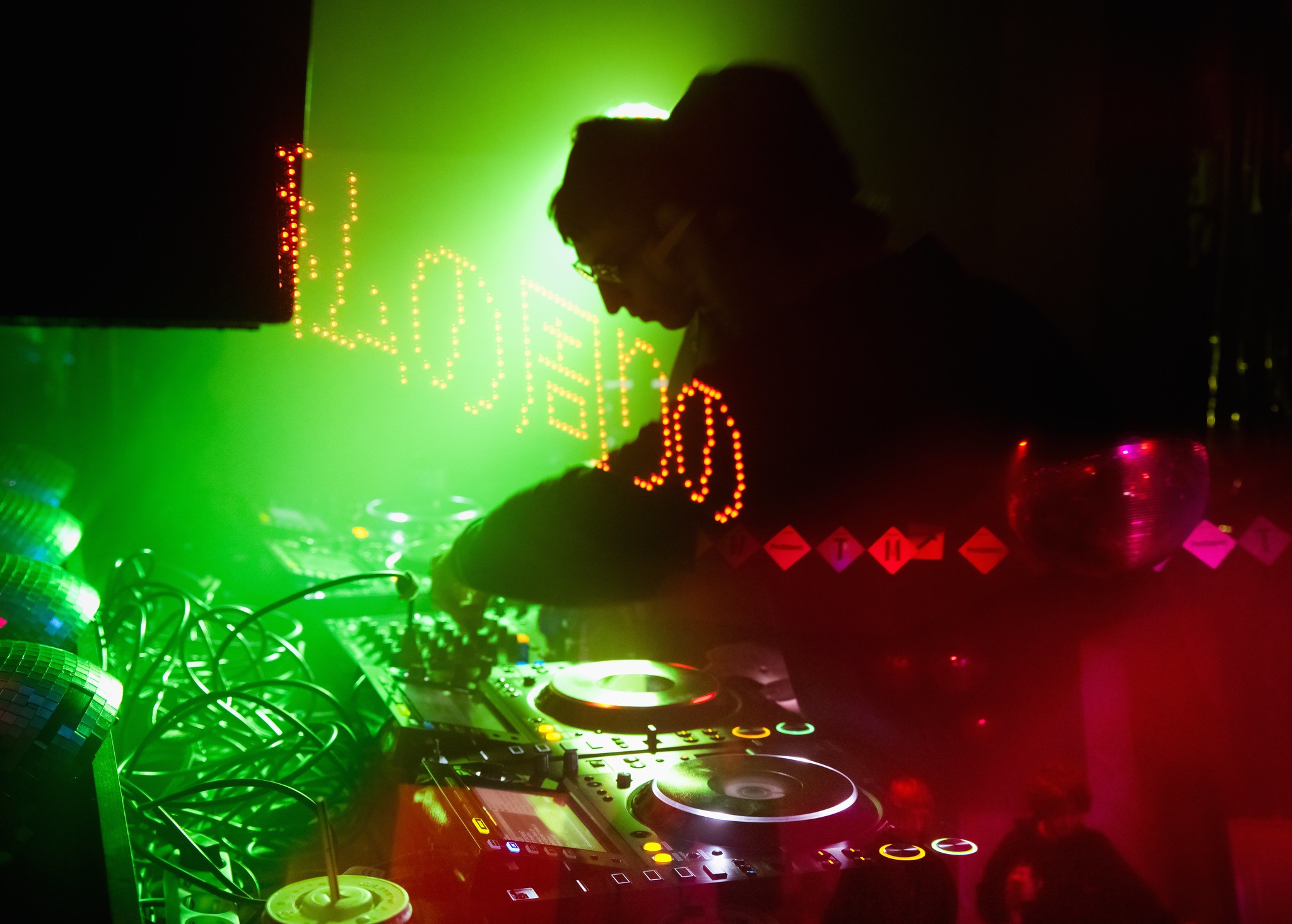 Earlier in the evening over at Sveta Baar, a showcase of Finnish music helmed by the experimental Blow Up festival unfolded with avant-garde electronica and heavy doom metal. Estonia’s neighbours to the north have also been important for the country’s culturally hungry population across the last decades, especially under occupation, when proximity to Finland allowed some outside influence to break through the Iron Curtain. “In Estonia, you had Finland just across the water where TV signals could be heard here. People listened to The Beatles, The Rolling Stones,” Aleksander tells us. Madis Nestor, DJ and owner of Tallinn’s long-serving record store, Biit Me, shares similar stories. “During these times, the amount of information we got of new music from outside Estonia was quite limited. We listened to Finnish radio, and we also had the opportunity to read both Mixmag and DJ Mag, but there wasn’t much of a dance music scene,” he recalls.

That's all history now: Estonia has been free to forge its own path since the early ‘90s, and the steady development of its music scene has been noticeable to Nestor in the decade since he set up his shop. “When I started, there was a very small amount of records in the Estonian section, maybe just 10 or 12. Nowadays, there are about four boxes or maybe 250 records worth of Estonian vinyl,” he says.

Read this next: Flow Festival throws together dance music's finest with the best of Finland's own talent

Additionally, Madis has seen more attraction in recent years to club music, where it previously served those with an ear for jangly guitars, sparkly Eurodisco synths, and prog-rock favourites. “I started with a very basic love of house music, it’s the music that found its way to Estonia and was being played in clubs a lot during that period,” Madis says, recounting the early days of a playful underground party scene sparking in Estonia. “The underground scene started in the early ‘90s, so the parties were quite small back then. Information went from mouth to mouth mostly, and occasionally via flyers.” 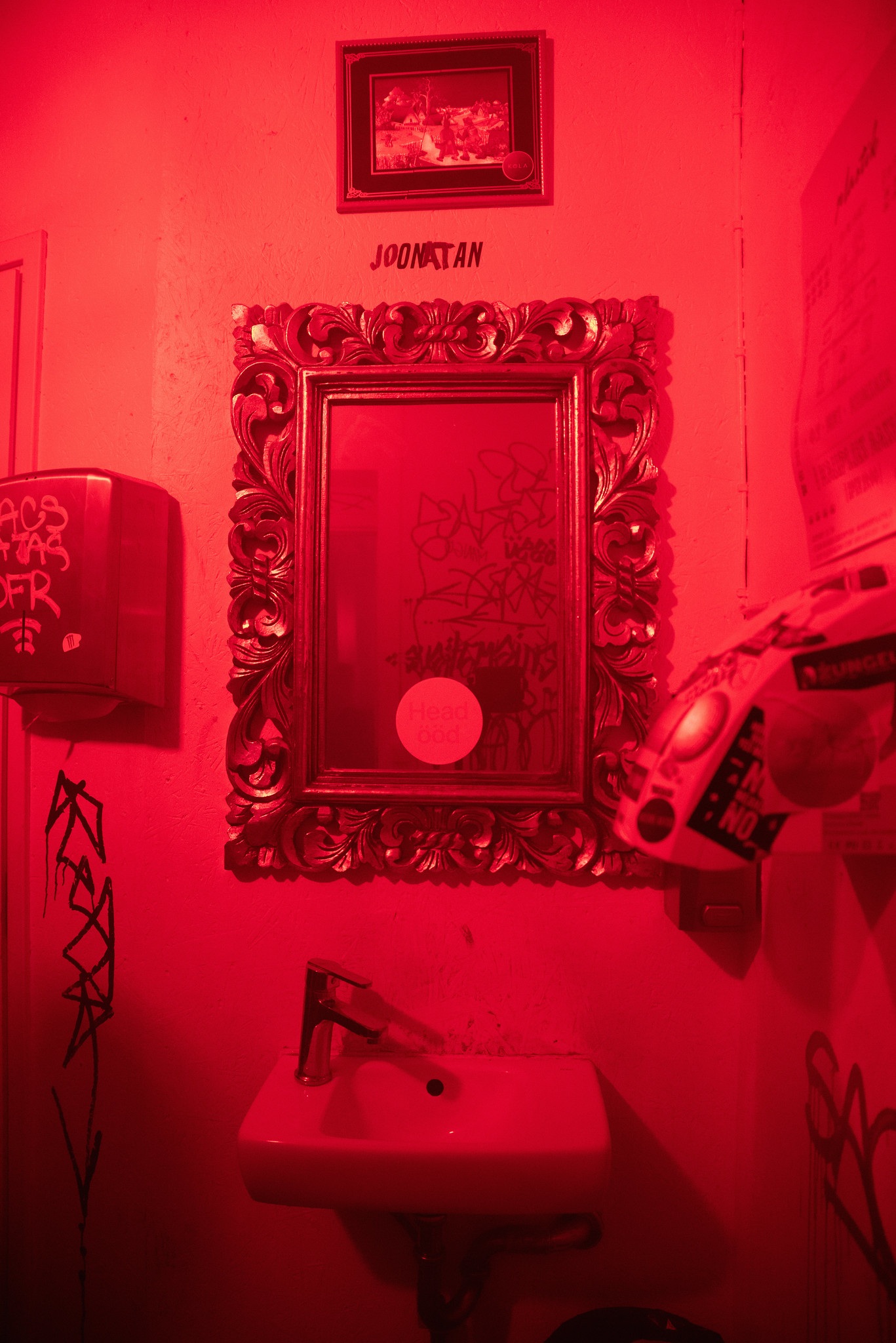 The fact Estonia is now a nation nurturing an interesting and evolving music scene is reflected on the opening night, when recent former president Kersti Kaljulaid is invited to present the opening speech. She speaks with the kind of compassion many countries could only dream of their political leaders having, across a 15-minute speech dedicated to the hard work of the Estonian arts and hospitality sector that sparks an enormous standing ovation, setting the benchmark for the weekend’s unfaltering cultural event.

Read this next: Russia's GAMMA festival: An experimental showcase where dance music is still misunderstood

Over the course of four days, the event acts as a gateway to new music from the Baltic region and beyond, providing hundreds of shows across multiple venues around the small city of Tallinn. An area more charming than the cobbled streets and pastel-painted churches of the old town is the neighbouring Telliskivi district. Here, events take place across multiple venues with Gerd Janson helming a headline slot at Tallinn’s brand new D3 club, labels such as Heaven’s Trumpet showcasing their fresh roster of musicians, and art events peppered through the quirky streets of creative section of the city. Symbiotic with its artistic output, Telliskivi thrives during Tallinn Music Week, presenting a decent handful of electronic musicians and underground talent, with larger names also making appearances in the evenings. 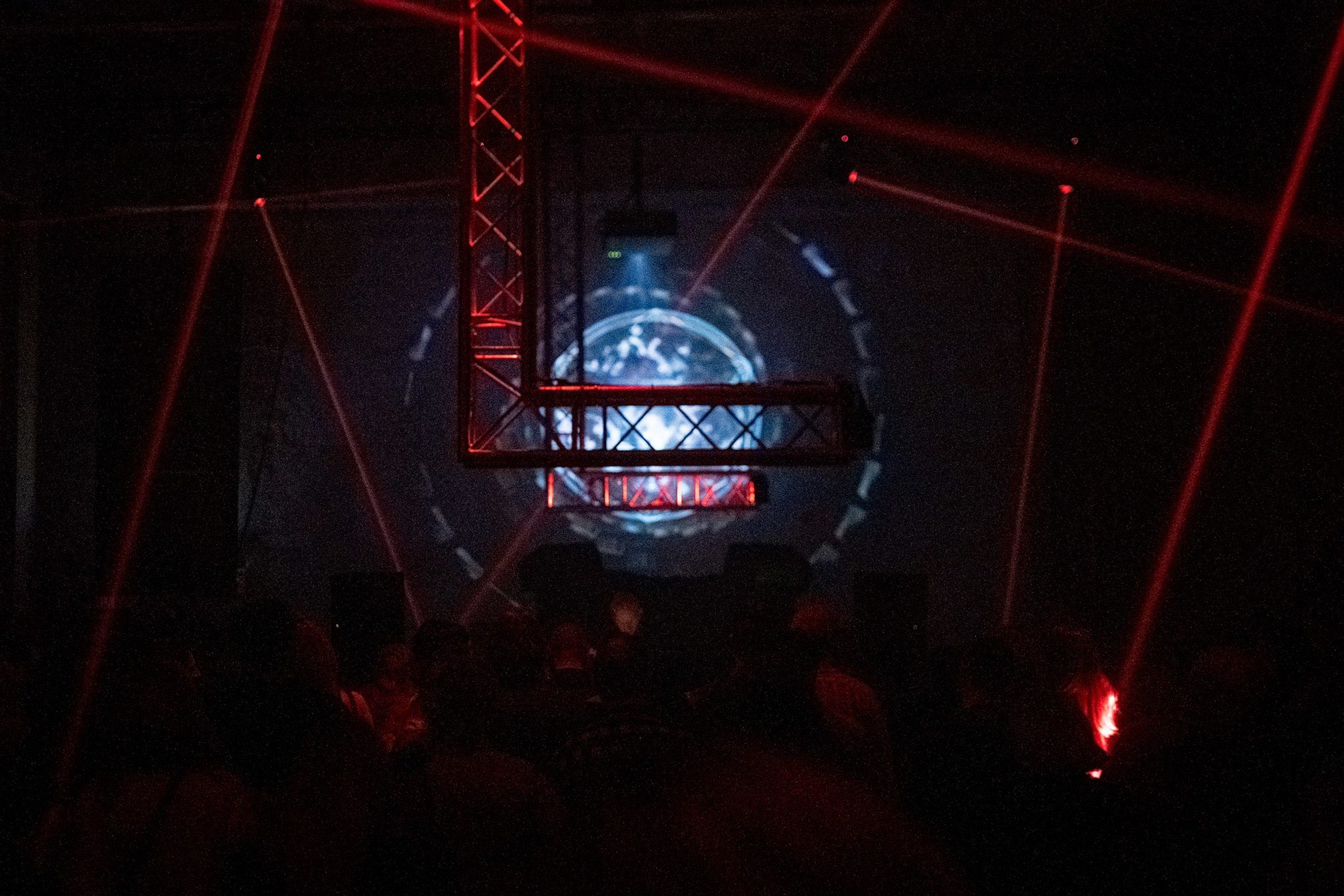 Just a touch away from Tallinn’s coastline, the city’s notorious techno club, HALL, resides on the waterfront. Unsuspecting on the outside, HALL looks like a factory that’s now repurposed in the name of dance music, surrounded by golden trees and picturesque parks. Inside, blistering techno is the music of choice. Staying true to its industrial setting, a score of producers and DJs play dark, Berlin-influenced techno with two separate nights lining Tallinn Music Week’s program: House of Acid, and HALL Night. It’s reminiscent of Berghain, but with a much more inviting approach. Dotted around the venue, spaces that replicate the dark rooms of Germany’s landmark clubs weave in and out of the dancefloors, with beds, gloomy lighting, and the occasional haphazard art installation parked in the corner.

“There’s something really special about this place,” says one reveller on the dancefloor as the clock strikes 3:AM. Still saturated with people, hundreds continue to two-step and explore the space where larger names, such as Minneapolis-raised DVS1, had played earlier during the night. Estonia’s Micaela Saraceno takes over later during HALL Night, teasing the last standing punters with industrial tracks, often laden in 303s. “I don’t really go clubbing, but this is the place to be,” the reveller continues over the thud of the venue’s enormous soundsystem. 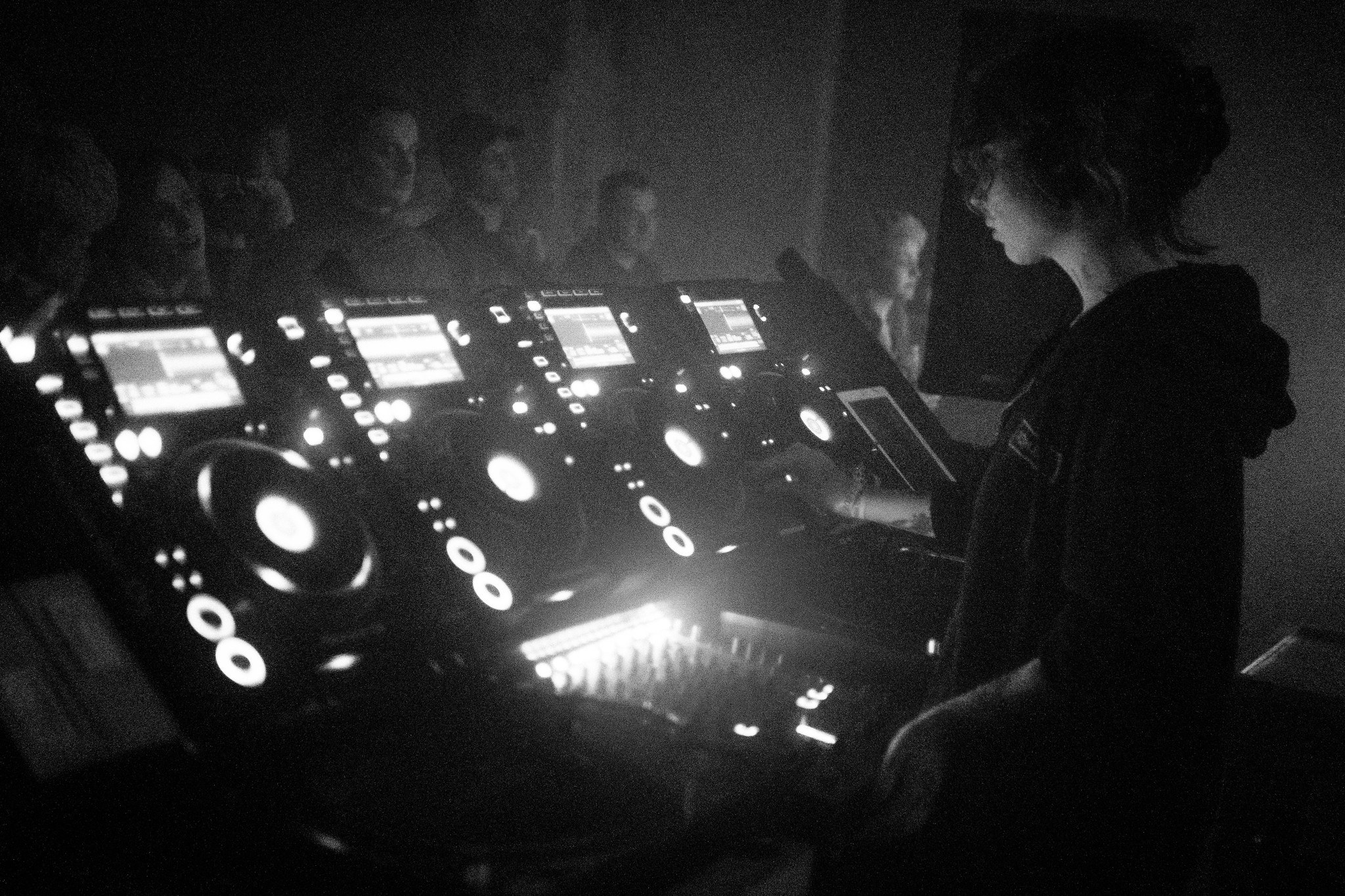 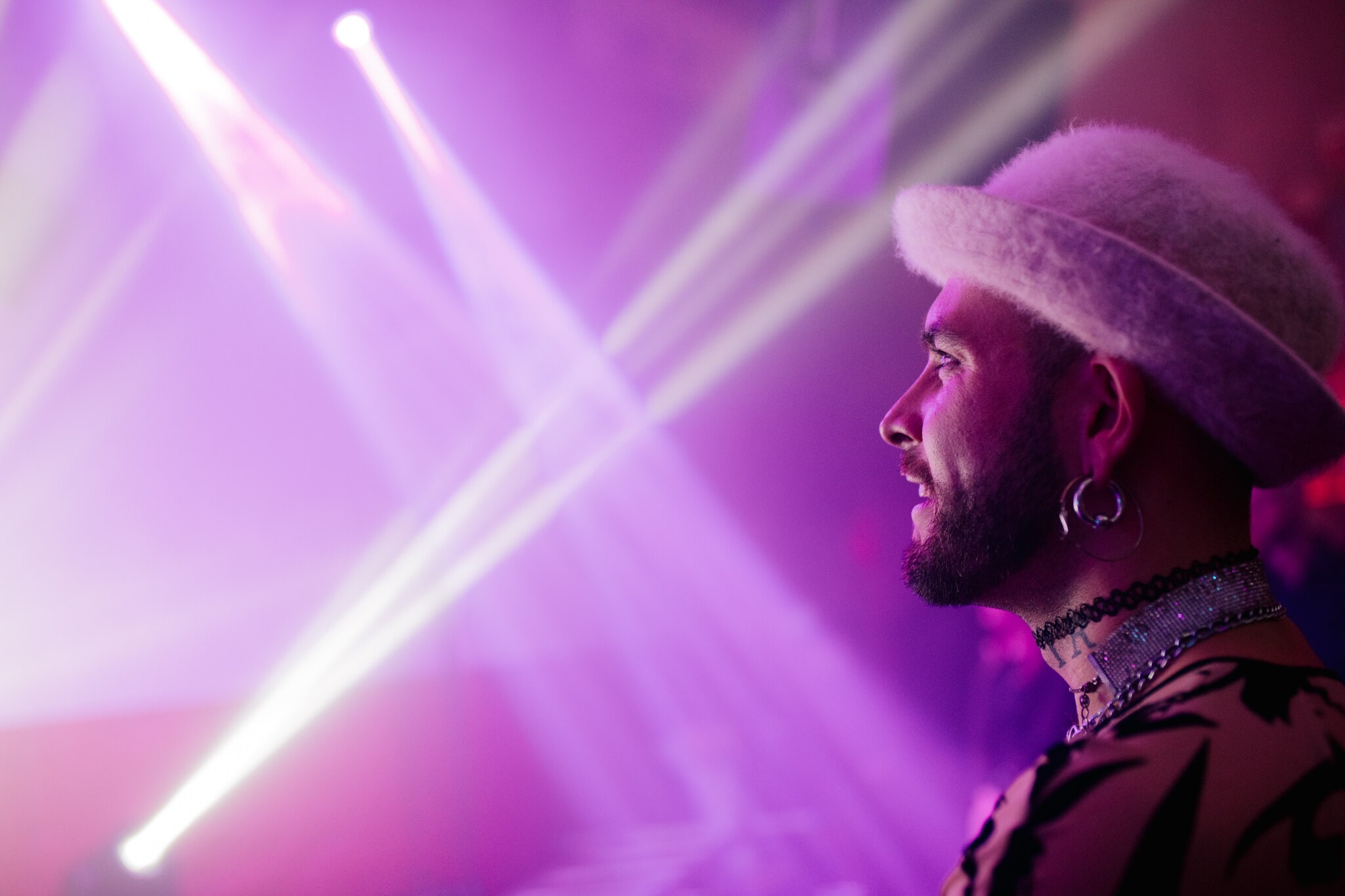 Estonia’s queer scene is also blossoming in Tallinn — BÄM, a queer club night held at Telliskivi’s Sveta Baar, pushes experimental music through its resident artists, as well as making space for performative shows, and has done so for the past seven years. “When we started BÄM, there wasn’t really any queer nights aside from a few gay clubs in Estonia with shit music. We were hoping to educate people,” says BÄM’s founder Rene Köster. DJs Ai Fen and Katja Adrikova deliver eclectic sets during BÄM’s showcase event, along with lip-sync, drag, and experimental shows from the queer night’s seasoned performers. “The queer scene is becoming more seen now, the younger kids are a lot more experimental and want to try stuff out. My generation is very closed, which is why we started doing BÄM in the first place,” Rene says.

Read this next: 15 photos from Клуб "the wildest club in Russia"

“I think the Russian influence is definitely big on the queer scene,” Rene adds. Although Russian politicians' stance on LBGTQI+ rights is bleak — with recent constitutional rulings including banning trans people from adoption and banning same-sex marriages, which was ruled in violation of human rights by the European Court of Human Rights — a thriving queer scene has evolved in the shadows, through clubs, parties and festivals such as Клуб, Popoff Kitchen and HOROVOD. “I remember when I was younger, Estonians and Russians were very, very separate. Now, the younger generation is a lot more accepting. They were always into fresh, new ideas, and have so much energy,” Rena explains.

Nights like BÄM are doing essential work towards making queer culture more widely accepted in Estonia. And all across Tallinn Music Week, the signs of an exciting era for music and culture in the city are apparent, albeit with plenty more room for growth. All signs point towards this still-relatively untapped scene to develop into a musical haven.