It all started with a title sequence. An eerie and razor-sharp typeface that careens mysteriously to the sound of a heartbeat, dense atmospherics and an unforgettably hair-raising arpeggio. Created by Kyle Dixon and Michael Stein of the Austin-based band S U R V I V E, the title sequence to Stranger Things is a haunting, one-minute masterpiece that has helped hook millions of viewers on the hit Netflix show.

Finding a perfect sweet spot between '80s nostalgia and modern, spectral synth work, Dixon and Stein's score for Stranger Things has played an integral role in the show's popularity. The theme song has been subject to countless YouTube covers, was rapped over by Wiz Khalifa and remixed by prominent artists like deadmau5, Louis Futon, C418 and What So Not.

The sound that Dixon and Stein retro-electronic soundtrack reflects mysterious, almost ghostly motifs, with a spacious era-inspired sound full of depth and darkness. Some works are more upbeat, while others feel like an entity floating into obscurity. Its cultural impact cannot be understated, and it has made the pair some of the most in-demand film and TV composers out there today.

With the arrival of Stranger Things season three, Mixmag had the opportunity to chat with Kyle Dixon and Michael Stein about the new soundtrack, how they went about developing the show's distinct sound, their season three cameo appearance and plans for a fresh S U R V I V E album.

Check out the interview below. 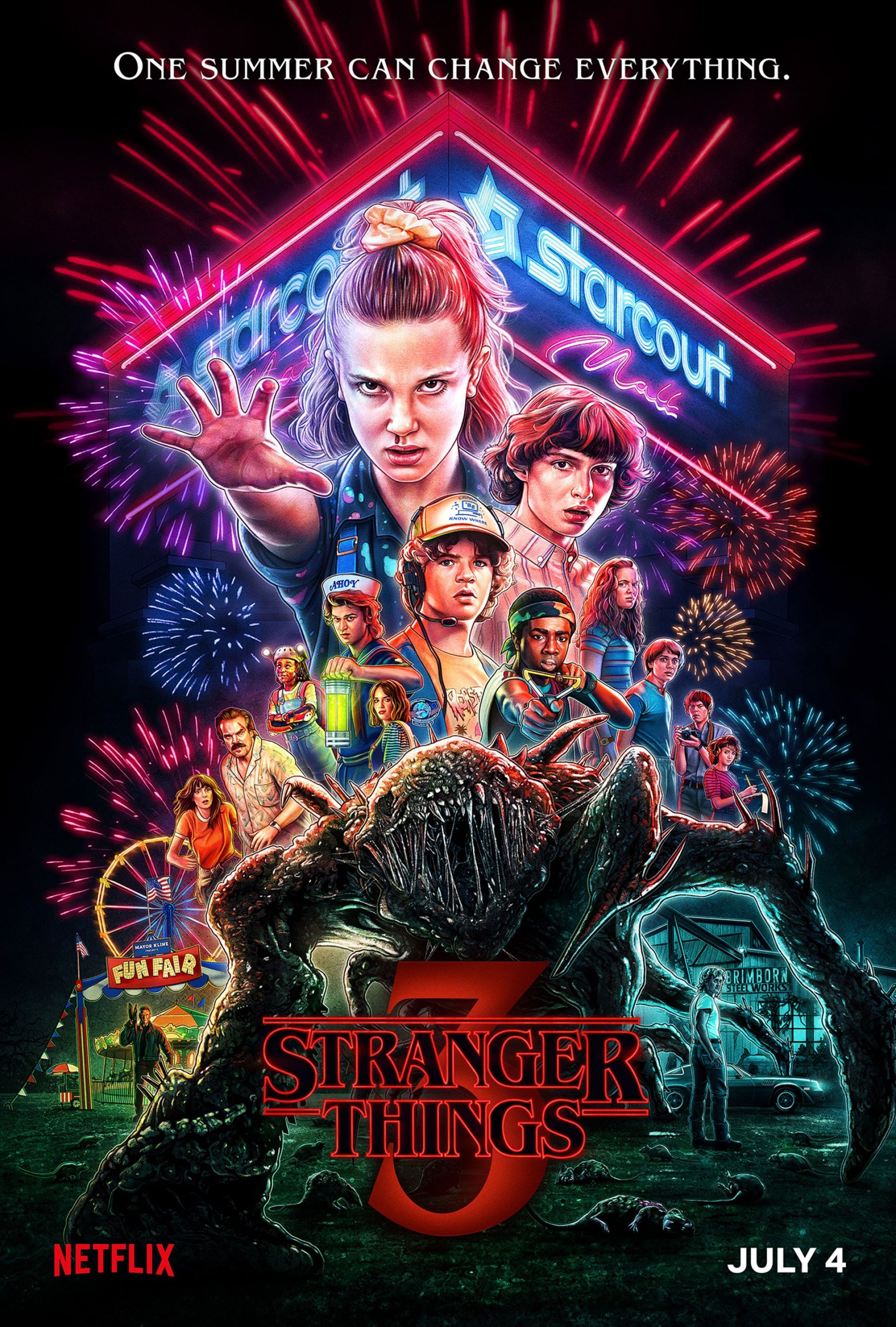 Why does Stranger Things' season three soundtrack feel more like a "standalone album" rather than a score?

Kyle: We definitely tried to make sure this OST (original soundtrack) felt more like an album. We just wanted to omit as much stuff as we could that felt like overtly like score, because score can be really weird and is not necessarily the best listening experience. You could really be enjoying something and then it just stops out of nowhere. Like it's 33 seconds long. Or it just takes a weird shift in to a different key that's not pleasant to listen to without a visual accompaniment. It doesn't make any sense.

Michael: We tried to be slightly more aware of that fact. When we were scoring, there were just a couple of ideas that could have been longer pieces and we made sure to record them for a longer amount of time. Then we had a little bit of time to go back and go over that stuff and turn them into tracks.

Kyle: Yeah. We had a lot more time to... well not a lot more time, but we had at least a week or two to prepare the soundtrack. In the past it was basically like, "go, it's due now."

Michael: It's mostly because the songs feel like they have some kind of start, build and resolve, versus just building and snapping out of something. Season one OST is a good example. Almost everything we did was just on there. It was like a double album. We just put like every cue on there.

The music plays a major role in emphasizing and separating the show's most playful and dark moments in Hawkins. What new sonic elements did you bring into the show to help you further emphasize those moments?

Kyle: So there's quite a bit more action in this season, which we kind of started to touch on in season two a little bit, but when we went back and realized that we were making action music. It's really quite a bit more amped up in a way. Even the stuff that was our action music for last year was pretty brooding and sort of slow compared to some of the stuff that we have for season three.

Michael: Yeah, it was a bit more horror and suspense. I also think it we put more care into the type of instrumentation we used. Last season felt like it was just packed with full atmospheric stuff and a little bit of movement on it while this year there are more individual kinds of percussion or drums or sounds that feel like they drive the scenes a little more. I think percussion is the best way to describe it. There may be some drum machines on there, but it's mainly just percussive synths and sounds that are percussive but not necessarily drums.

How important is it to have an open line of communication with the directors? Do they give you the creative freedom to do whatever it is you think is best for the show or are they very involved in your writing process?

Kyle: They give us a lot of freedom. They've come over to the studio a few times, but communication with them is super critical, because we don't want to go too far without getting their approval based on an idea of what we're going to do. Sometimes we'll try very different stuff than what they had in the temp (a place-holding piece of music used during the editing process). In those instances, when we realize it's a completely different direction, we absolutely need to get their feedback as soon as possible so that we don't go down a path that's not going to end up working for them. But they gave us a lot of freedom to try it. They're like, "You try whenever you want," but it doesn't mean they're going to say yes to everything.

Kyle: We're like, we can achieve this without going (loud explosion sound) but it doesn't always work. Usually we end up having to put more on. Not all the time. It's so carved up on the mix stage and the sound effects are so loud.

Michael: We kind of take that into account, making sure that the sounds we know are going to cut through and given attention are cool. That we're really into. 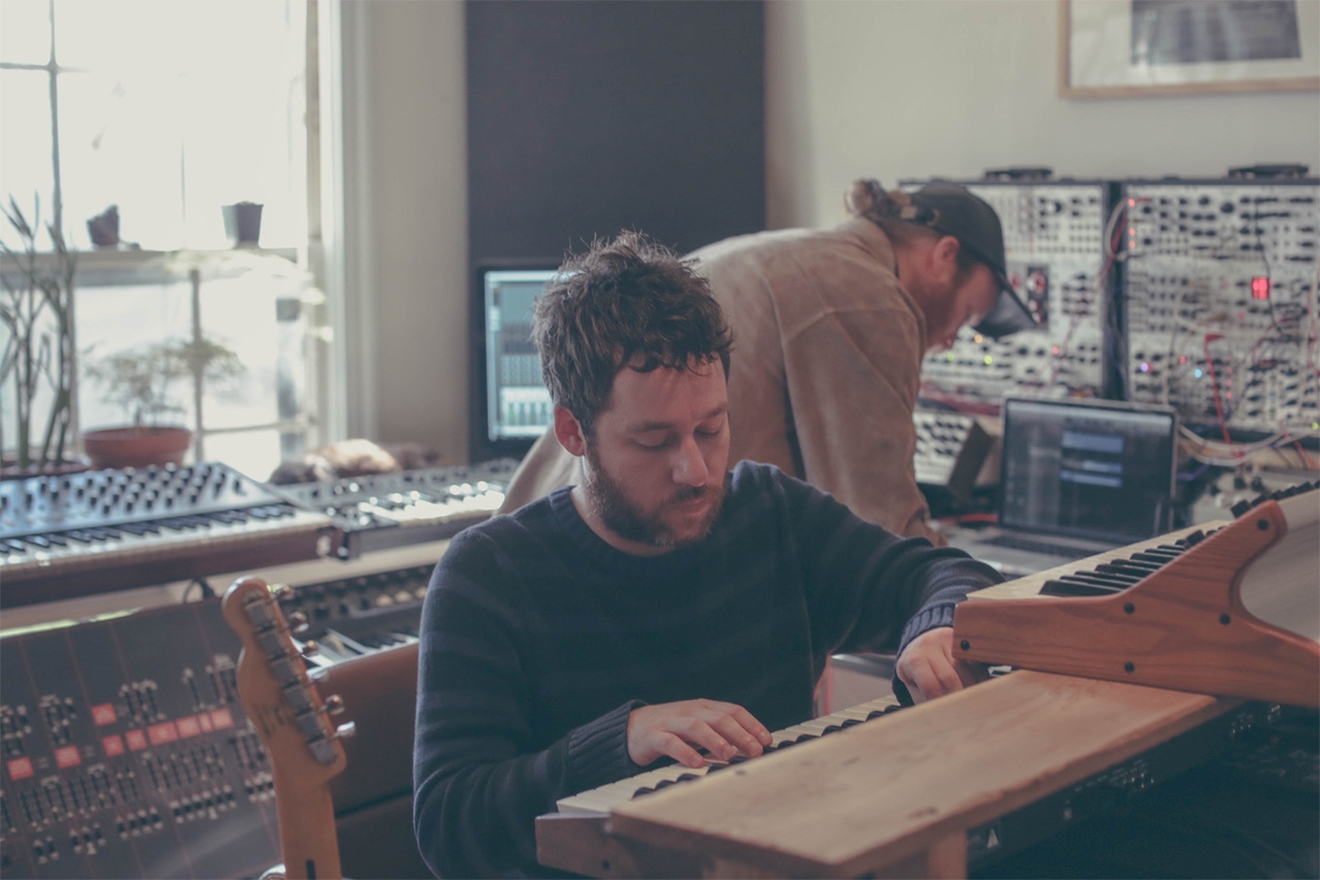 Beyond Stranger Things, you've recently provided the score for shows and movies like Butterfly, Native Son and Valley of the Boom. How do you go about finding the right textures, sounds and overall vibe for all these different shows and films?

Kyle: One of our goals for past year was to diversify. We don't want to be just those 80s dudes who just do neon light movies forever or whatever. You know? So we wanted to show that we can use our music, even if it is kind of similar, in a more modern setting that doesn't necessarily reference the '80s and therefore it doesn't feel as '80s. Because it's just synthesizer music at the end of the day.

Michael: Butterfly happened very naturally. We had a straightforward idea of what the feeling would be and that it'd be a more modern electronic score with a lot of upbeat stuff and a lot of more drama and moody stuff, like sad stuff.

Kyle: Valley of the Boom, for instance, we didn't really know what the show was going to be or the format. We had these strange ideas. We were like, maybe it would be kind of an electromechanical score with office noises. The directors loved it, but once we got the footage, we knew it wasn't going to work. Finding the sound for that one was tough, but that's how the job goes.

Michael: You just don't know exactly what you're going to do until you see something you're working with. When choosing what you are going to be working on, you really need to walk away from a meeting being influenced somehow.

In late 2017, a 16-piece orchestra performed the score for the second season of Stranger Things in the UK. Did you guys get to make it to that?

Michael: I have no idea what you're talking about.

Kyle: I didn't even know that happened.

Michael: I want that sheet music.

Kyle: The least they can do is send us the sheet music.

You both have a cameo in this new season. Can you tell us more? What was it like being on set?

Michael: Well, we didn't have to talk.

Kyle: We didn't get to talk.

Michael: It's the long days, man.

Kyle: They work a lot. I mean, you know this stuff in your mind, but you don't think about it until you're out there seeing it. It's crazy. I can't even imagine orchestrating something like that.

Michael: It was really fun because at this point we know the directors and some of the cast well enough that you can interact with them on set.

Kyle: Yeah, we get on the bus for makeup and they're like, "Oh shit guys, what are you doing here?" We're like, "Yeah dude, what's up? We're here! We're in this scene!"

Michael: That made it more fun. Just not awkward. If it were season one, they'd be like, "Who the fuck are these guys?"

Now that this long awaited season of Stranger Things is finally out, what are your plans for your band S U R I V I V E?

Michael: We've had a pretty busy year. The last time that we worked on S U R V I V E material, we've basically got enough for probably two albums. It's just not finished. We really haven't been able to give much attention. But we've started back up and are working on the songs again. The goal is to have that done by the end of the year along with a new album next year. That's the plan and that's the hope!

Listen to the full 'Stranger Things 3 Soundtrack' below.