What happens when an unstoppable force meets an immovable object? Well if Scorpion Kings are anything to go by, you get a string of releases featuring only the lushest, most soulful bass-driven sounds available this side of Pretoria.

Before teaming up for their debut collaborative record 'Scorpion Kings' in 2019, both DJ Maphorisa and Kabza de Small were already being heralded as "godfathers" of the amapiano genre. Maphorisa had been honing in his craft for a decade before the release of his debut solo single: the genre-defining 'Midnight Starring' in 2018. After building up his musical profile as part of chart-topping band Uhuru and producing for the likes of Drake, Black Coffee, Major Lazer, Sizwe Alakine and C4 Pedro — he turned to his hand to solo work, dropping a number of platinum-reaching releases, heading on a world tour with Wizkid and even heading up a slot at The Lab LDN earlier this year.

Read this next: In Session: Scorpion Kings

Kabza de Small on the other hand could be regarded as a relative newcomer in comparison but has still found himself as a bellwether for modern amapiano. Five years Maphorisa's junior, de Small began making music in 2009, at just 18 years old, establishing his own label Pianohub — the imprint on which he would release his breakthrough single 'Umshove'. Riding off the back of his early success, he released the seminal 'I Am The King Of Amapiano: Sweet & Dust' in 2020, a record that would go on to become double platinum in South Africa, landing de Small on Forbes Africa 30 under 30 list and as the most streamed artist in South Africa on Spotify for 2020.

The two were on each other's radars from their separate beginnings, but finally came together for the first time in 2019 for triple platinum-selling EP 'Pianohub' — and thus, Scorpion Kings were born. Since then the duo have released a series of massively influential albums — including 2021's 'Rumble In The Jungle' alongside Congoloese singer Tresor, directing the course of amapiano toward global domination.

As the pair gear up for a huge six-hour set at Sónar By Night we talk about the future of amapiano, travelling the world and maintaining ownership of their music 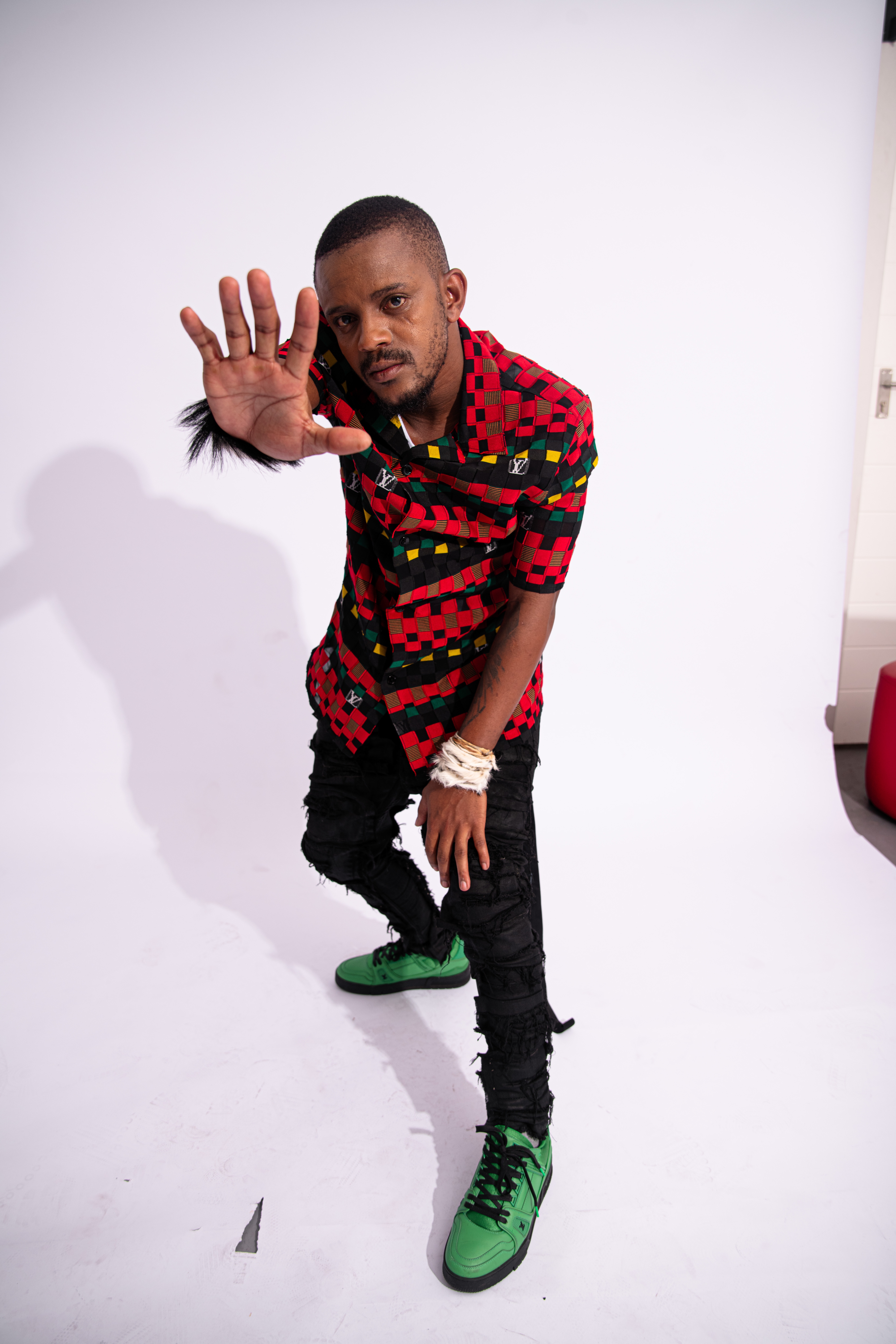 It doesn't look like amapiano's continued rise in popularity is going to let up soon — with Beatport officially adding it to its list of genres, etc. How does it feel for amapiano to be on such a fast rise to the top? as two ambassadors of the genre?

Maphorisa: Amapiano has really taken everyone by surprise, its remarkable growth around the world is something that is so cool to see, just being part of the evolution is really cool. It's South Africa and Africa’s time to really shine and amapiano is here to stay.

Kabza: When I started creating amapiano, I knew this genre was going to change my life, but for it to travel this far at this rate is truly an honour and a blessing. The pace at which it's moving is such a shock and I pray it continues to break boundaries.

How do you see amapiano developing? are there any subgenres you're excited about? or would you like to see it continue on a path to world domination?

Maphorisa: Amapiano hasn’t even reached its full potential globally, the genre has so many variations at the moment, eg. “Sgija”, and “Tech” piano that is already crossing over but regardless it will always be amapiano. It’s a genre that can adapt to many spaces and still remain true to its original sound, that’s the power that will lead the genre to world domination. As I said, it’s only the beginning, and thus far its reach has exceeded our expectations.

Kabza: Amapiano in its own right has sounds that can adapt in different markets. Its strength really lies in its ability to change but still be Amapiano – it’s a sound that will break in so many regions. I’m really excited for the subgenre “Sgija” to fully catch the wind in the world cause that sound has the potential to really hit world domination.

Where can you see amapiano being in the next five years?

Maphorisa: Amapiano will be a household name in its own right. A force to be reckoned with, the goal is for the sound to be recognised like pop, hip hop, house etc. 5 years from now we will continue to work as a collective to get it there or at least close to there.

Kabza: Amapiano will be like any recognised genre in the world.

You are both massive figures within dance music in your own right — how do you find working together?

Maphorisa: It's effortless, we both have different musical vibes that when we hit the studio or have creative session its magic always. Kabza is my friend and business partner and the genius we both have its remarkable. He is easy to work with and the magic we have created together now has us touring the world. The music is a testament to that.

Kabza: Maphorisa is someone that I use to admire when I started in the game, he has been such an important person in my career, I’ve learnt so much from him musically and in my business. It’s really dope working with him, and it the hits we have created have proven that together we have so much power. No man is an island and Scorpion Kings is just that. 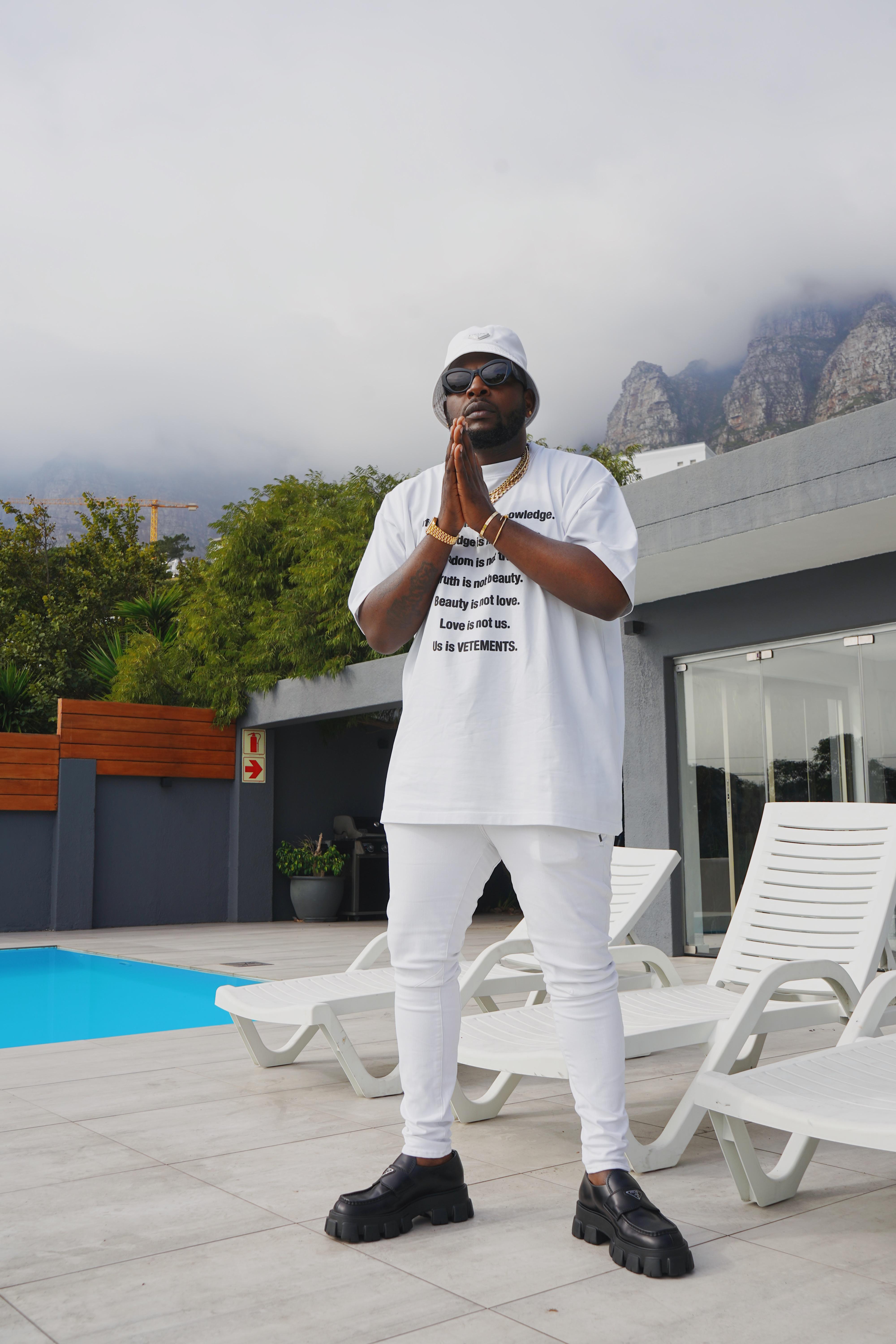 Last year your joint collab with Tresor was heralded as a "game-changer," How did that come about? How was it working with Tresor?

Maphorisa: That collaboration actually came about because of a song we did for a brand, and we decided to create a few more tracks – at the time we hadn’t thought of releasing a project. But Tresor is such a talented guy, him so multi-lingual is such an amazing advantage for the world. The target was Africa and to this day, that album was truly one of my favourite projects. Some people still haven’t caught how impactful that album is, I think that album is still way ahead of its time.

Kabza: Tresor is such a talented musician. I have so much respect for him musicality and how much of a perfectionist he is when it comes to the music because I’m the same. Our project together is still way ahead of its time.

Where do you see the future of Scorpian Kings? are you both enjoying being on the road together right now? or do you have anything interesting up your sleeves?

Maphorisa: We both always working as individuals and as a duo, there are a few projects in the pipeline. Our Sonar 6 hour is a first and I'm super excited about that. Here at home, we are about to host a crazy three-day festival that was due to take place before lockdown. But from us you can always expect our music as individuals and as a duo to start new musical Amapiano trends.

Kabza: All I can say is I always know we will be cooking in the studio, we spend so much time curating and trying to be at the forefront of the genre. Travelling the world together is definitely something I’m excited about – we used to talk about days like this. Travelling at home and abroad is so different. I can’t wait.

Do you think it's important for both of you to own the rights to your music? What was the motivation behind that decision? I'm sure you've both had offers.

Maphorisa: I come from deals where I didn’t own my music, and over the years I saw the value of ownership. For me it's important to own what I created, it obviously comes with a lot of work because you don’t have “big machine” support. But it’s worth it in the long run.

Kabza: I was actually taught by Maphorisa, he showed me the value and how important it is — all the music I’ve released I’ve owned and I don’t regret it. I’ve come to learn you can work with majors in various ways and still win your music rights. It has worked for us.

How do you both usually prepare for a big show? do you have any rituals?

Maphorisa/ Kabza: Pre-set we usually just have chat about what vibe we going to build in our set and chat about a few songs that are unreleased that we want to play. We don’t have any rituals or anything per se [both laugh].

You'll be playing an expansive six-hour set at Sonar this year right? What can the crowds expect from your performance?

Maphorisa: Yeah, we rocking a full six-hour set, it’s a first time for us both. We are really excited about this set. People should really expect a spectacular amapiano journey, of music that is released and definitely unreleased. It's going to be one for the books.

Kabza: Six hours is a long time, but I’m up for it. It’s really going to be a showcase of what the genre is all about. A mixture of all the subgenres. A musical trans definitely. It’s a not to miss definitely.

You will be able to catch Scorpion Kings at Sónar Festival in Barcelona on Saturday 18 June 2022 for a very special 6-hour set, for more info and tickets head to sonar.es.