Pete Tong: "Human Traffic captures the vibe of that era and I was part of that" - Artists - Mixmag
Home Latest News Menu

It's nearly here. A Lost Weekend presents Human Traffic Live, the immersive Human Traffic experience in London, where the cult film will be brought back to live over 20 years since its incendiary release.

Pete Tong is Musical Director for the event series and will DJ at the opening party on May 22. It's a fitting role as he was Musical Supervisor of the film way back when, helping to clear music for the soundtrack and curating the accompanying soundtrack album.

We caught up with Pete to talk about putting the music together for the film and why Human Traffic is such a timeless film. 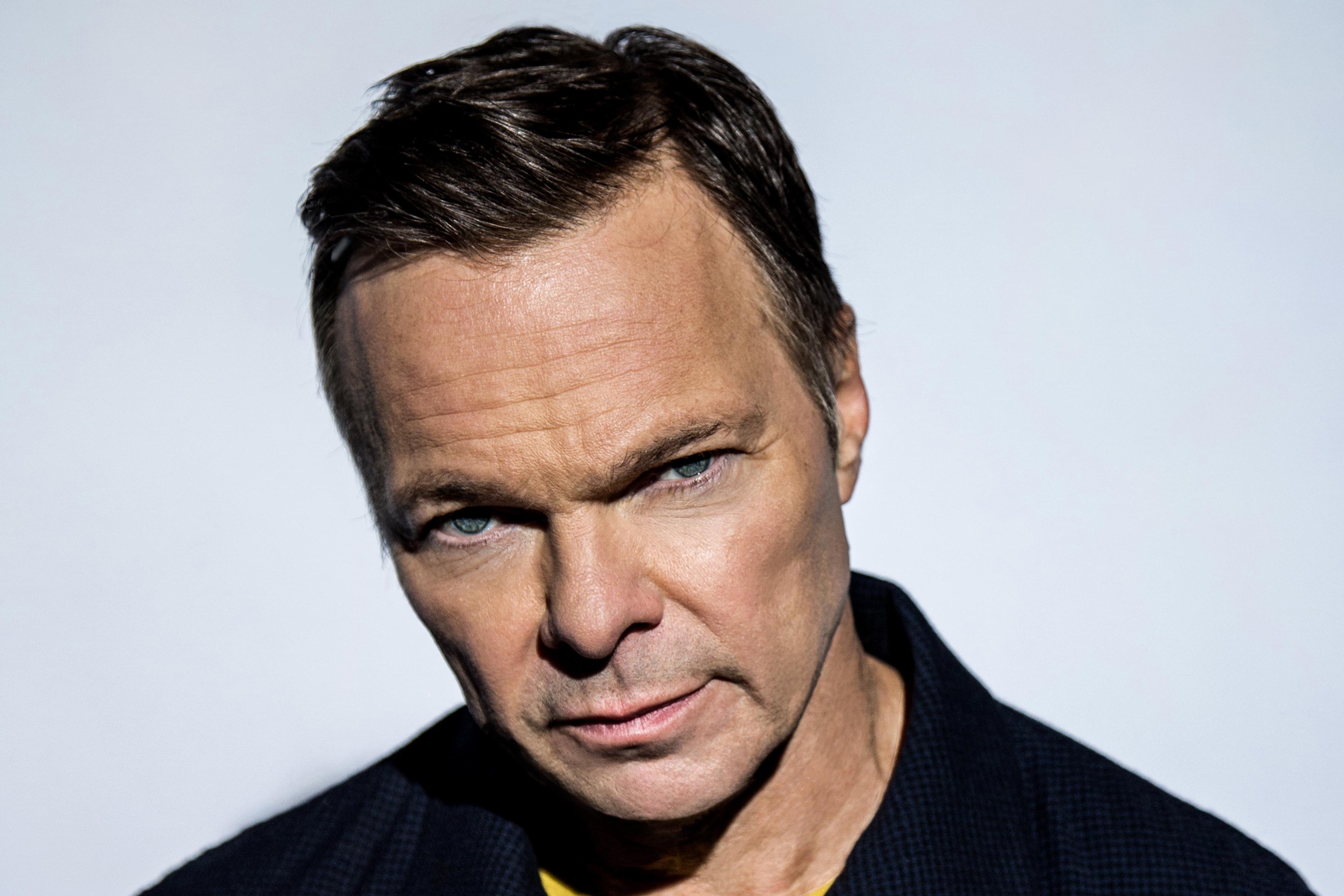 What was the impact of the original Human Traffic at the time, for those of us who weren’t lucky enough to be there?

It was pretty significant. It was timely and it was celebratory of the culture. It was like 1987 was year zero for the start of the rave and acid house scene when the whole rules of the game had been completely re-written. So it felt like a definitive celebration of everything that had happened over the previous years [leading up to the film's release in 1999].

Things had gotten a bit more political with the Criminal Justice bill and parties getting shut down. But it was also a transformative time where the scene was also legalising itself and starting to get into cities and towns all over the country in proper clubs which were open every week.

So the film came out while the scene was establishing itself further, taking itself to another level and going international. It felt like a full stop; a summing up of everything that we had experienced from the late eighties all the way through to the late nineties. It did okay at the cinemas, but it really found its true audience on DVD and TV, hence becoming more of a cult film, which is why I think it’s coming back as an immersive theatrical production, because it did resonate so deeply with so many.

Obviously you were involved with the film as the music supervisor. Were you worried about the portrayal of dance music on the big screen?

Not really. Films like this come together in a different way to how they usually do and Human Traffic started out as a project for director Justin Kerrigan while he was at film school.

Justin had a lot of the film already done by the time he came to me so I could see what he’d done stylistically. It was so fresh, it was so youthful and irreverent. It wasn't done by a group of established filmmakers that had just sat down and were like “Oh we should make a film about the rave scene and what it meant to kids who were living out in regions like Cardiff." It felt like it was done by the kids that were there. So I had no worries about the authenticity, the way he had put it together was so refreshing. But it was the music he wanted to use that was causing problems, so he had come to me for the solution.

The music that he’d cut the film to was a mish-mash of bootlegs and DJ specials. A lot of classic house and techno from back in the day had issues with rights, the tracks came attached with arguments over who owned what, and labels that had gone under or disappeared. It was quite a complex problem when he first presented it. But when it came down to the actual film, the film was amazing.

How did you go about curating the music for the film?

Well again, I don’t want to take too much credit. Justin had a very strong view visually and he was passionate about the music. But he had put it together in quite a naive way, in the sense that he just heard music, loved it and then put It in the film. I had to go through it minute by minute, there was music top to bottom. It was as much a musical as anything else, it was more a case of looking at each of the cues, and going, “Ah we can’t do this because this never actually even got released” In the 90s with house, techno, jungle, there were just millions of DJ specials that got pressed on vinyl. So it was a case of looking through all the things he wanted, and telling him what he could and couldn’t use. My job in this respect meant that if we couldn’t use something, [I'd introduce] him to something similar that we could.

But I was kind of wearing two hats: I was originally brought in as the musical supervisor, but I was also the label guy that they wanted to help them finish the film. I had to make sure that the soundtrack album we would be left with was something I felt would be commercially viable. So there was definitely a bit of trading going on and it worked out really well. It ultimately wasn’t a difficult thing to do artistically as his instincts were so good anyway, so it was more a case of not wanting to disappoint him. He didn’t understand that, for example, on this record from Chicago the writers were still fighting over the rights. Or on this jungle record there's something the artists had never cleared or got permission to use. So it was putting it in order and keeping the freshness, the energy and the vitality to go with the film while avoiding getting into legal problems. 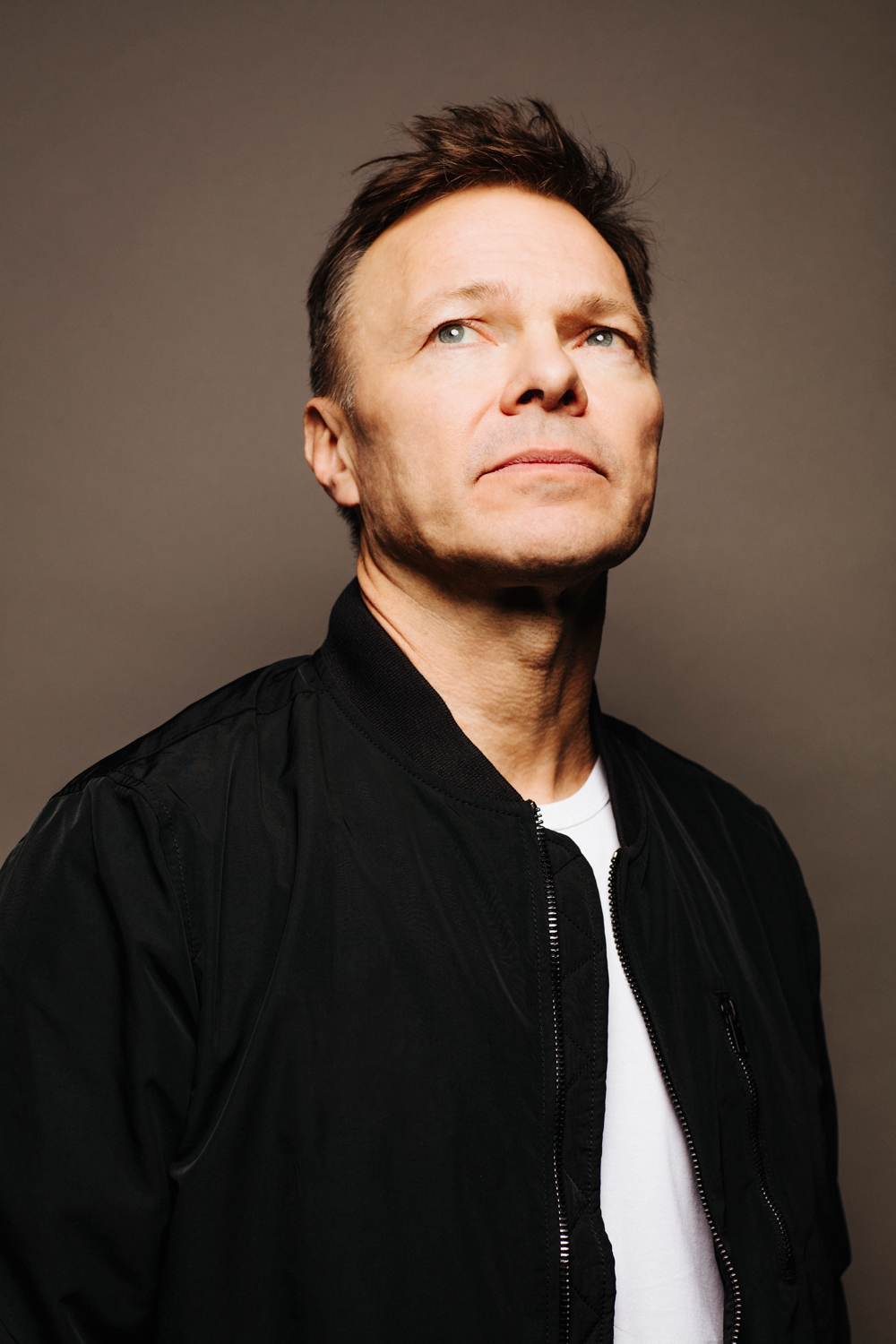 Obviously Carl Cox has got quite a big cameo and Underworld and Orbital are on the soundtrack. Did you have a feeling that those artists, yourself included, would still be household names now?

I’ve done a lot of work putting music and film together and I think it’s because I’m such a big fan of film that I think I naturally try to make choices that are classic or timeless. I hadn’t looked at Human Traffic for years until I’d started working on this, and I was pleasantly surprised with how well the music stood up and how it did still sound exciting and vital. It was so representative of the era and it creates a mood. That's another thing about doing soundtracks and putting certain songs in certain scenes: music is that invisible thing, you don’t see It on the screen but it makes you feel differently about what you're watching. I think top to bottom everything on the score sounds timeless, so I'm very pleased about the job we did on that level.

How did you feel about your cameo in the film as the heard-but-not-seen radio host?

That was something Justin had wanted to do and it’s something they want to do again in the show at Printworks. I mean, it’s a nice thing, watching the film again recently it gave me a warm fuzzy feeling about the time. The film really does capture the vibe of the era and I was a part of that.

Can you tell me about your role as the musical director for Human Traffic Live?

Well it’s definitely a case of getting the gang back together. It’s such a unique opportunity and I've been looking at it from different angles. From doing the orchestra project to looking at what ways there are of getting an electronic music idea into the theatre.

Read this next: The Human Traffic sequel is going to be a reaction to Brexit

I’ve been looking at immersive theatre for a number of years and I’ve had a number of discussions with people in that space. So when this opportunity came along and I saw the plan Kim Gavin [the Artistic Director of the show] had put together I definitely wanted to be involved.

My goal is to make sure they can use the music they want to use and that they stay pretty true to the original choices. There was some extra stuff that they wanted my input on; some music of the time Justin wanted to use originally that we couldn’t clear back then that we can now. So I’m there to make sure that musically the creative team get what they want and it’s a slightly different thing from music supporting the visual of the film. Now it’s about the music supporting what's going on at Printworks during a live show.

Do you think Danny Dyer's going to make any kind of appearance?

I can’t say! Maybe, you never know. There’s a certain amount of stuff that they want to keep under wraps that I’ve actually been asked not to answer. So, yeah, maybe he will, maybe he won’t.

If human traffic were made today what would be on the soundtrack?

Good question. Maybe the Chemical Brothers? Maybe Disclosure? My gut would be reaching out to Four Tet. But yeah, maybe a couple of the old names still… Fat Boy Slim, Underworld. But bringing it right up to date with what's going on now as well. Probably some banging techno like Charlotte de Witt and Amelie Lens who are just keeping the scene really youthful.