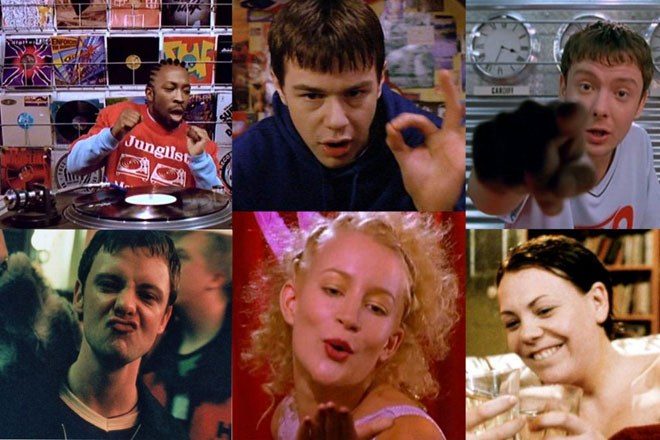 The director of Human Traffic, Justin Kerrigan, says that Human Traffic 2 will be "a reaction to Brexit" and that the long-awaited sequel to the cult rave film is "as relevant to today as [the original] was relevant for its time."

Kerrigan says a script has been written and that UK distribution for the project has been locked in.

"Human Traffic 2 is a reaction to Brexit. It’s about everyone coming together as one race – the human race," Kerrigan told us. "It’s a comedy about the rave generation set over a weekend in Cardiff, London and Ibiza. Human Traffic 2 is as relevant to today as [the original] was relevant for its time."

A follow up to Human Traffic was first revealed in 2016 via a cryptic Facebook page which has just become active again. Kerrigan says events will take place across 2019 to raise awareness of Human Traffic 2 and also help fund filming, with more announcements to be made over the following months.

And for fans who are well up for Human Traffic 2? The best news of all might be that Danny Dyer "is on fire for the sequel" and that "he can't wait to play Moff again".

Read on for Justin's plans for the new film and his thoughts on why Human Traffic has stood the test of time.

It's the 20th anniversary of Human Traffic. How does that make you feel?

Surprisingly excited because I’ve decided to make Human Traffic 2. Danny Dyer [Moff], Shaun Parkes [Koop] and Nicola Reynolds [Nina] are on board to make the sequel. The script is written. We have UK distribution. More announcements will be made throughout the year.

It's still the quintessential mates-who-party-together film. Why do you think it's stood the test of time?

I can’t quite get my head around why, but I believe the world is a mirror of intention, and if you make something with the intention of bringing people together, and the right people see it, who feel the same way [then] people can connect with that.

As a film student, I believed that youth culture films that were written and directed by people who were not youth and not a part of the culture were never a good look. That’s why as soon as I finished my film degree when I was 23 I wrote Human Traffic, when I was living the culture. I would write the script in the weekdays and go clubbing on the weekends, researching.

My films are always taken from my life so I write what I know about and sometimes I get lucky and hit on something that makes an audience see themselves in the characters. The biggest surprise for me was that people have told me this from all over the globe, and still do, some of which where not even born when the film was released.

Do you keep in touch with the cast? What do they think of it, now they've all gone on to successful careers?

When I moved back to my old neighbourhood in Cardiff I discovered Nicola Reynolds was my neighbour, coincidence? I don’t know. Shaun and I have always been in touch because we had a mutual friend in Howard Marks. Danny is on fire for the sequel and we’re talking all the time now – he can’t wait to play Moff again and I can’t wait to show the world what he is capable of. So we’re all still friends, and in each other’s corner.