It’s five minutes to midnight and Paul Woolford, aka Special Request, is hurrying past a Flemish castle set in a dark, giant lake. The building’s exact origins are unknown, but it now lends its name and formidable presence to Horst festival, which the Leeds-born DJ is about to close. We’re talking of home, though, as we navigate the crowd going bananas to the end of Egyptian Lover’s lewd 808 workout. Adel Crag, Woolford explains in an untempered Leeds’ accent (it’s part of the title of ‘Adel Crag Microdot’, a face-melting electro track that’s one of many highlights from his new double album ‘Belief System’) – Adel Crag is a rock formation on the moors near where he grew up. One hot summer night, aged 11, while camping in a friend’s garden, the pair snuck up there. “There were a load of people stood around in robes. We were terrified!” Years later he discovered that the rock is an ancient pagan sacrificial site. “I did end up doing acid there once, which was really weird. But I like confronting things head-on: ‘Come on, let’s see what you got’. Let’s find out where the boundaries are, the edges. Let’s get the shape of it.”

From his early days as resident at Leeds’ house institution Back To Basics to 2012’s reincarnation as Special Request, a project initially inspired by a teenage love of rave and jungle, Woolford has continued this confrontation, not so much trying to break out of a mould as show that there never really is one. His emergence as Special Request may have seemed a complete about-turn to some, but for Woolford it’s simply the natural progression of a thread that began years before. ‘Belief System’ continues his evolution. It’s packed with barnstorming bangers like the ‘Mentasm’-inspired ‘Curtain Twitcher’, the roughneck jungle of ‘Leviathan’, and ‘Brainstorm’, a track that combines a similarly spine-tingling piano line as previous house hit ‘Untitled’ and has an equally epic, growling bassline. Disc two flips the script with nine ambient, atmospheric slow-burners that somehow possess a similar intensity. Woolford is back in the wild looking for illumination, and this time Mixmag is in tow. 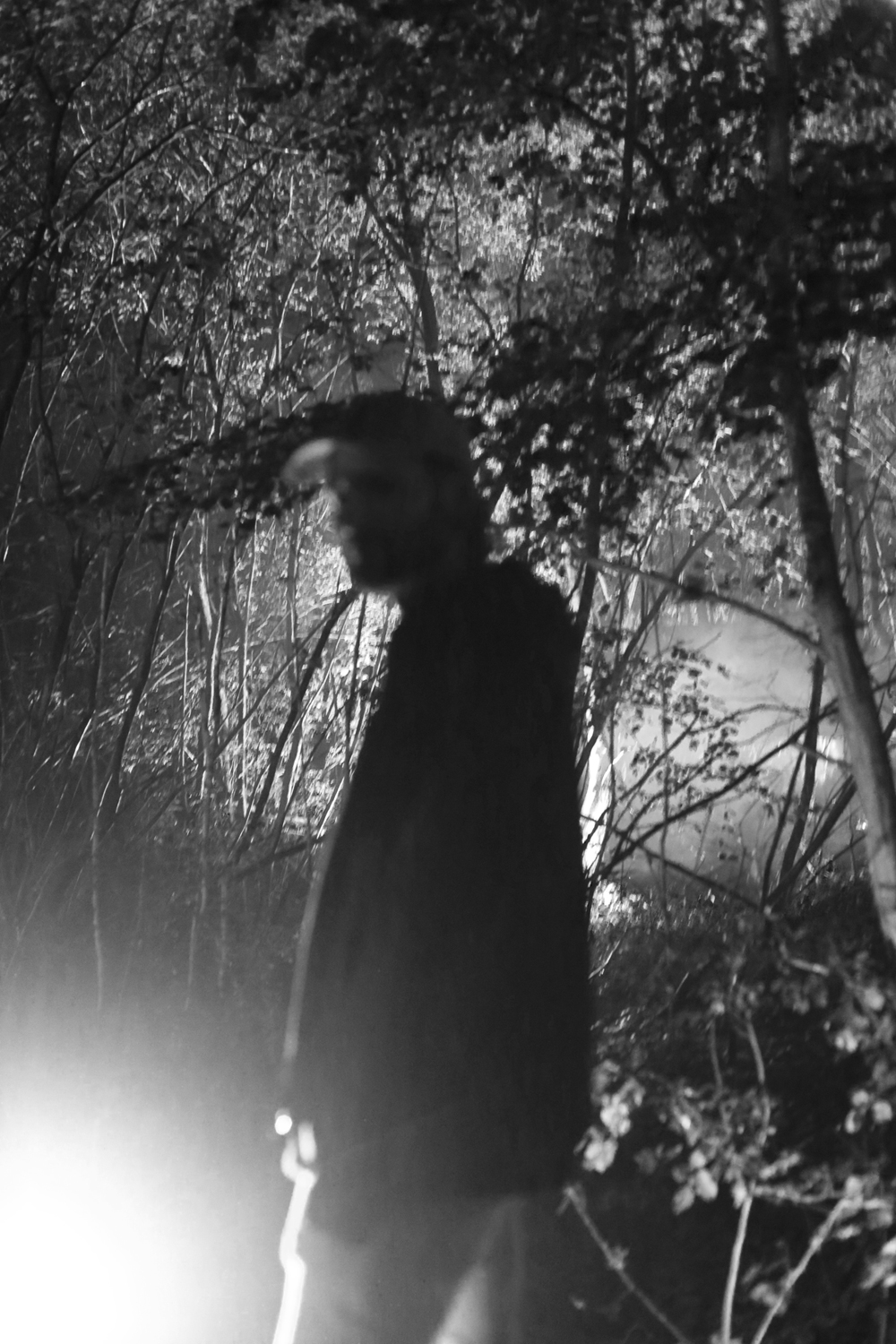 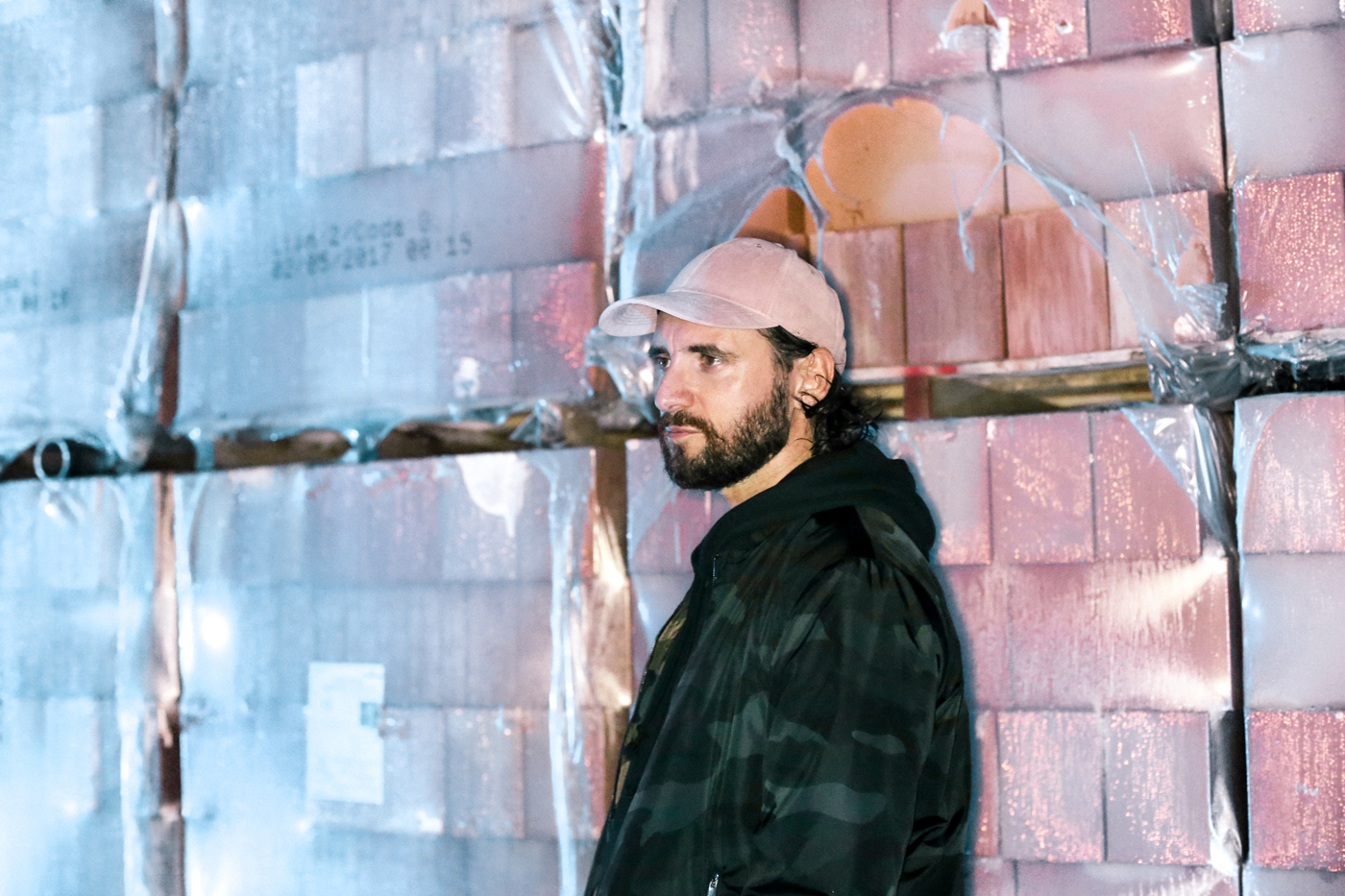 When Special Request emerged, so did a look that was touched by the hand of Zod, the Terrence Stamp-portrayed supervillain from Superman II. With shorn hair and a beard, his press shots were as brooding as his new sound. Now his hair is long again, and tucked under a pink cap. When he takes to the stage of the Podium Pile Pavilion – so called because the marquee is surrounded by stacks of building blocks – he takes off his black jacket to reveal a hoodie with the words ‘Any Way Out of This Nightmare?’ on the back. Add that to Rodin’s epic sculpture ‘The Gates of Hell’, which features on the cover on ‘Belief System’, and you glimpse a little of Woolie’s current world view.

But as he explains, there’s a universality to the escapist thrills of rave and breakbeats – even if he has to pitch it differently depending on whether he’s debuting for EDC Mexico (which he did in February, still enthusing about how well it went down) or joining Metalheadz at Fabric. Opening with The Break Boys ‘My House Is Your House’ and its command to “Let the bass kick”, tonight’s course is set. Steadily working the tempo up, Belgium rave classic ‘The Vamp’ gets the home crowd on side, then the ecstatic refrains of Bizarre Inc’s ‘Playing With Knives’ raises the temperature further. 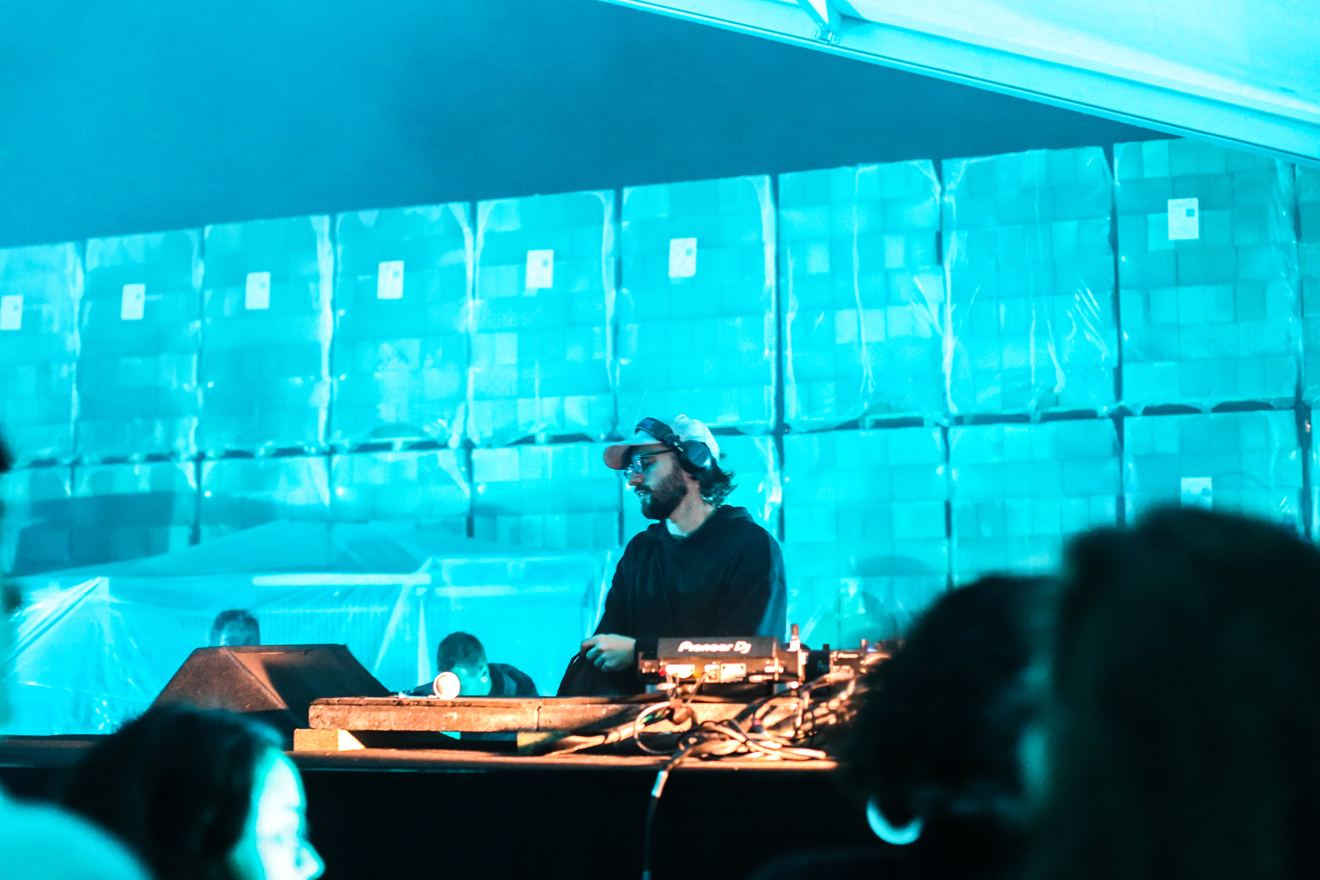 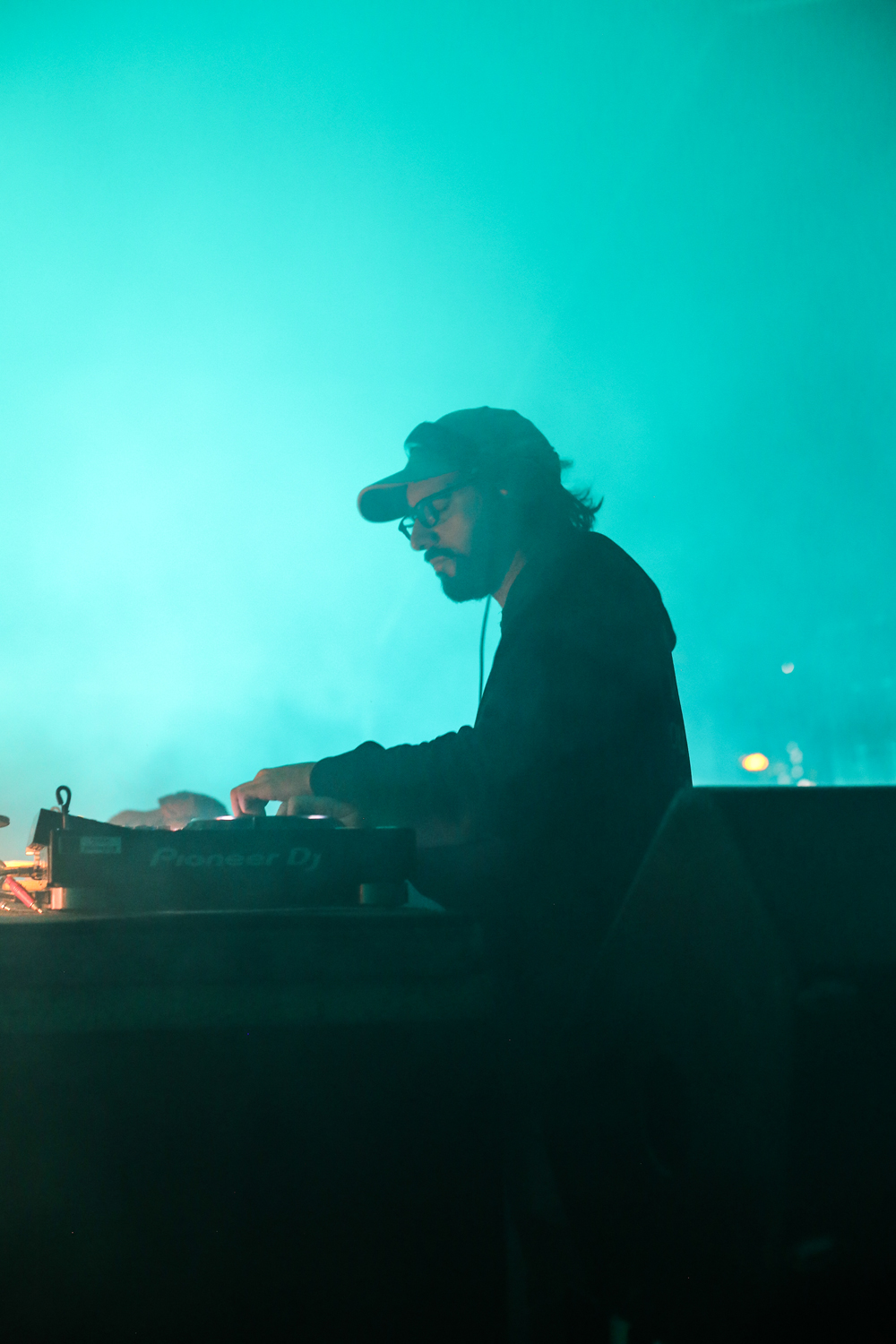 He takes the occasional sip of tequila straight from the bottle, looking as friendly and comfortable with himself as he is off stage, bouncing around and pulling off skin-tight mixes with casual ease. It’s a long leap from his earliest festival experiences at Homelands in 2001, booked by Darren Hughes, the promoter who also later made him a resident at We Love... Space, where he couldn’t stop shaking for the first 45 minutes of his set. “I was only playing [Homelands] at half-one in the afternoon to about a hundred people. The following year I hoped I’d get to play again. Then Darren called and asked if I’d like to close the festival back-to-back with Ralph Lawson. Course I would! We were in a five-thousand-capacity tent and luckily for us it rained, so every fucker was inside. Ralph was my hero, I’d seen him at Basics for years. I’d written him letters. I think he’s still got them. It was a bit stalky.”

Playing loads of Freaks and Classic Records tracks around this time, it was an obsession with Derrick Carter that directed him towards more daring DJ pastures. “Hearing what Derrick did made me see you can do anything you want. What I see him do is something that feels natural, but is quite unorthodox in a way. He’ll play two records that perfectly blend, then he’ll play another two records where one feels like it’s been welded to the other, yet it’s so right. Tribal Gathering did a weekender and at about six in the morning Derrick was playing MK’s mix of D’Influence’s ‘No Illusions’ into Daft Punk ‘Musique’ and he just kept doing it for ages. [I thought:] is he really making that work? He had his welding goggles on. I felt like my brain was about to come out of my head. The way I feel in those moment, that’s what I’m trying to do. I’m trying to summon something, I’m trying to reach inside as far as I can, and say what I have to say, but hopefully give someone else that experience. I’m looking for [that] ‘What the fuck!’ [response]”. Of course, not every set can go where he wants. “Sometimes, you can just be met with ‘What the fuck...’,” he says, with a shrug. 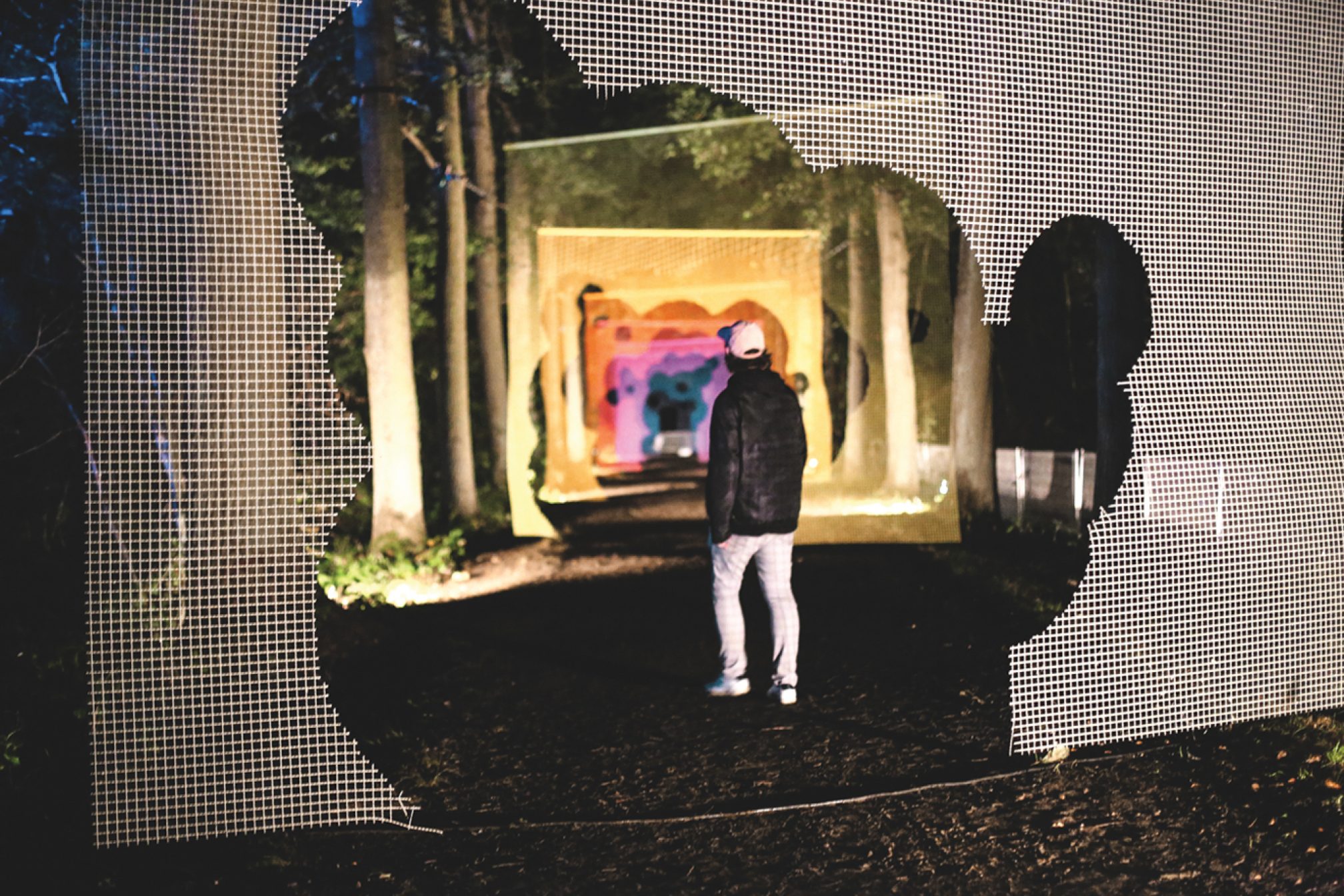 Switching to out-and-out jungle for his final hour puts this nuance to the test. Unleashing ragga vocals and skittering, time-stretched beats, it’s met with whistles of approval, the Belgian crowd brocking out to the ceaseless energy. There’s no hesitancy, Woolford unleashing DJ Future and Eric Electric’s remix of DJ Trace & Nico’s ‘Monkeys’, the peak of his FabricLive 91 mix from earlier in the year, alongside Shadow Boxing’s seminal ‘Nasty Habits’. Coming from a background of long blends and grooves, he’s now mastered the drop and even double-drop, too, raising the intensity levels exponentially, the duration each track gets played becoming shorter and shorter as the festival close approaches. One man holds up his phone with the word ‘Junglist’ written on it, then ‘One Love’ as the final flanged breakbeats fade out.

“Playing jungle, my biggest influence is listening to Randall,” he tells us, praising the eclectic and unpredictable style of the legendary DJ who inspired the likes of Andy C. “You don’t have to play the record from the start. You can play it from the middle or however far in.”

‘Belief System’ is about the musical freedom he’s found for himself. His 17-year-old daughter, he says, will listen to a showtune, an r’n’b track, then Neil Landstrumm. A new generation is being born into this open-mindedness of oblique and deeply rooted connections, but he’s had it since first listening to the ‘Street Sound Electro’ compilations. “What was amazing was the variance,” he tell us; “you’d have a Roxanne Shante track, a Schooly D track, then Juan Atkins’ ‘Techno City’. You could say they were not really the same thing, yet those albums pulled all those together.” Add in the fact that d’n’b don Dillinja released a seminal album called ‘Cybertron’ and you begin to join the dots of Woolford’s many obsessions. 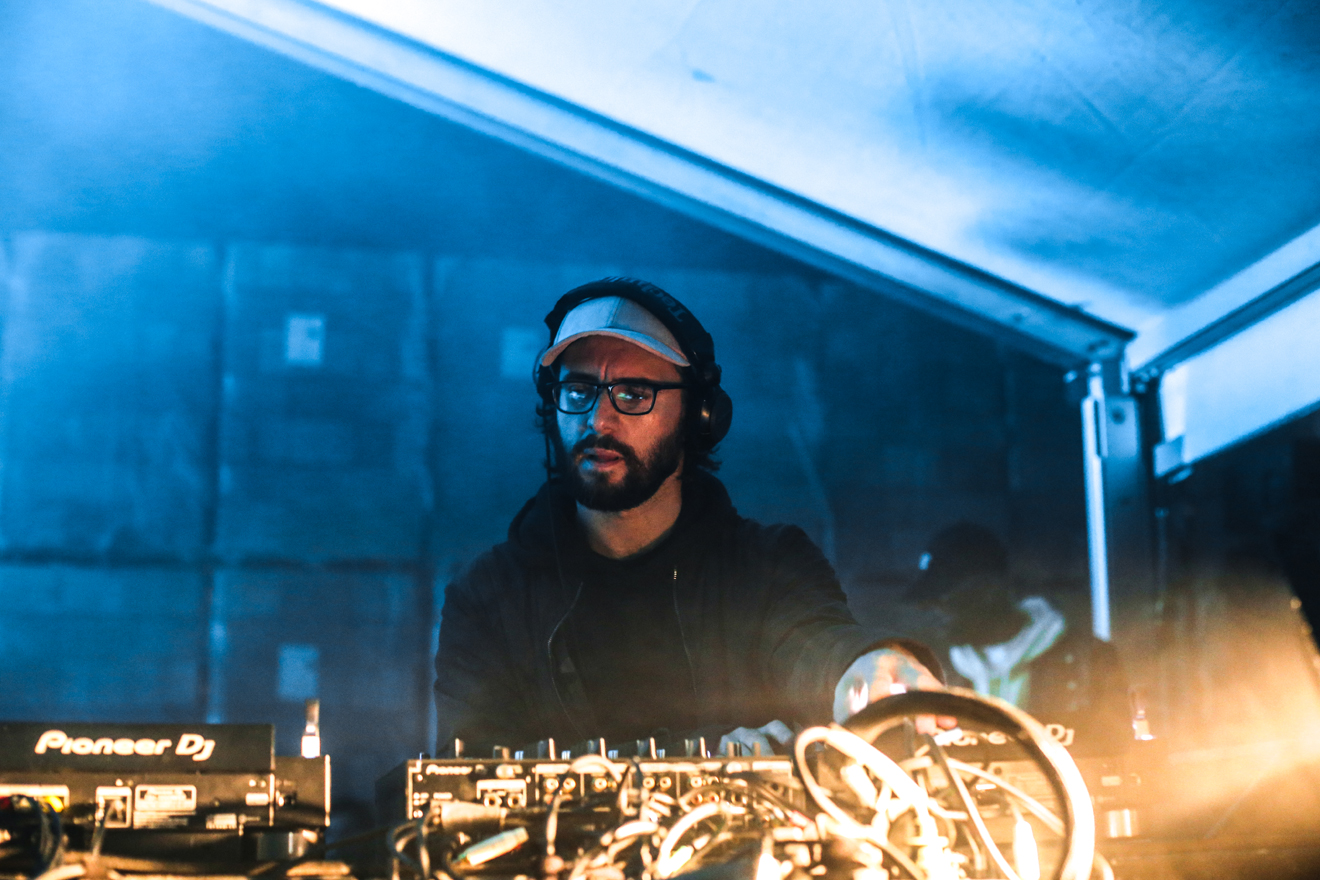 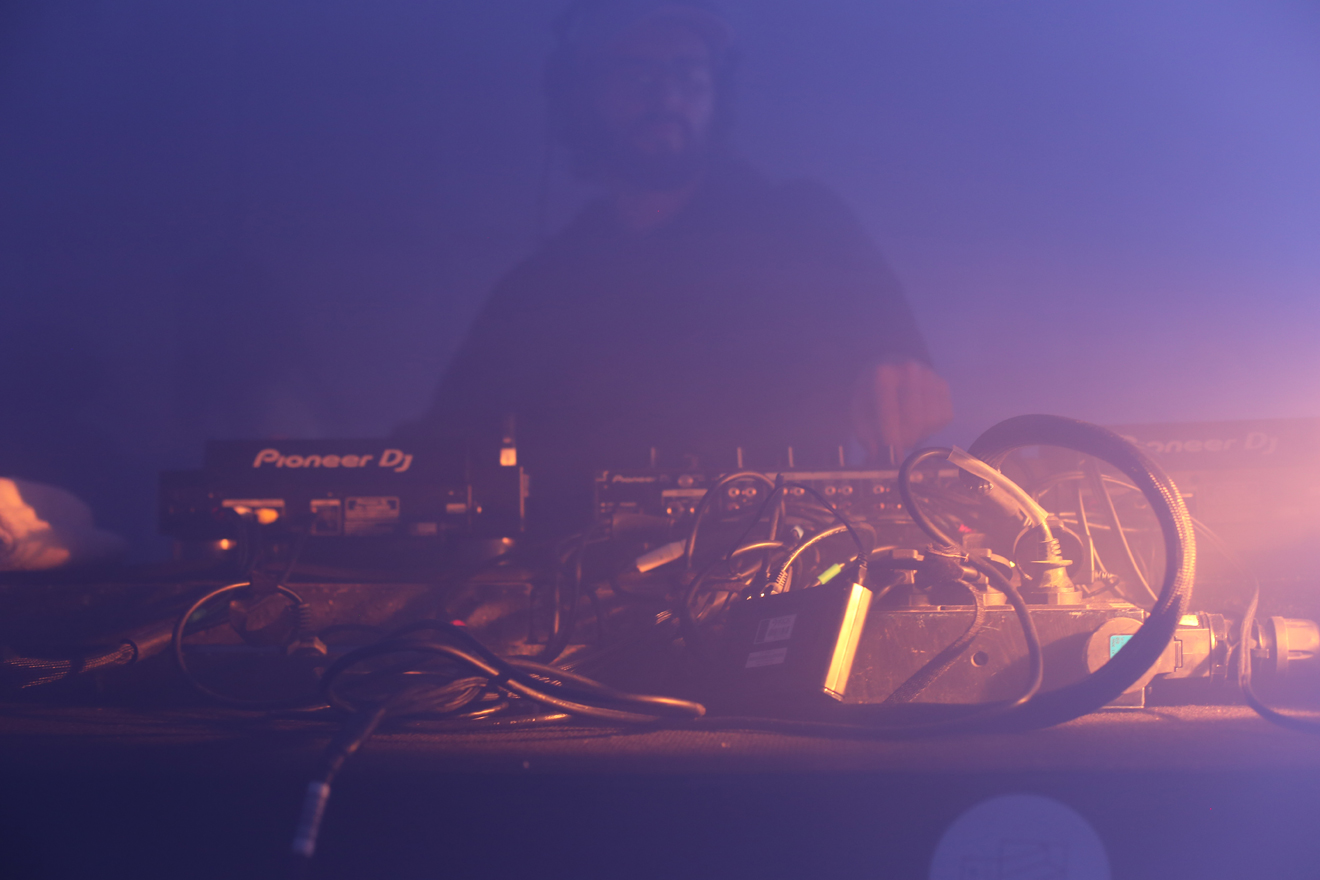 “I’m always impressed by artists who don’t get jaded about their particular scene over the years and end up just doing the same thing over and over,” sums up Call Super, the young fellow Houndstooth signing we catch earlier in the day spinning a stunning set that moves fluently from Rolando to Skanna on Horst’s impressive NewCastle stage, a towering three-storey construction of scaffolding, mesh, smoke and lights. “Paul has always met the times he’s working in with the right mix of curiosity for what’s going on and his own personal approach to things. Not many manage that.”

It may even go even deeper. It was his adopted dad who suggested he do work experience in his first record shop, Crash Records, but when he met his birth father in his early twenties, holding him in a long embrace and assuring him he’d done the right thing as his father cried, Woolford learned that he was a jazz drummer who played with Sun Ra’s Archestra and Squarepusher, the latter an artist cut from similar cloth to another of his inspirations, Aphex Twin. Restless experimentation and mind-bending drums are somewhere in the blood.

Earlier this year he put 20 unreleased tracks, part of a vault of an estimated 2,300, on SoundCloud. It was such a rush he wanted to reveal more, then realised he was about to release a 23-track album. Scoring films was always part of his master plan, and his sound design is included on the Blade Runner 2049 trailer. It’s also been 10 years since he left Back To Basics, and he’s celebrating via what he calls, probably understatedly, an “emotional return” to play for them at Church in Leeds on November 4. The territory Woolford roams keeps on expanding, and there are no signs of the edges just yet.

'Belief System' is out now on Houndstooth

This article is taken from the November issue of Mixmag