Orlagh Dooley is not one for putting on a big show. Even here, at the opening night of The Warehouse Project, Or:la is far more concerned by working out her next move than playing up to the crowd. “There’s definitely more of that than a big performance,” she says of her technique. “I’m always planning tracks ahead of what I’m playing, to judge where I want to take the room – that’s maybe why I always look so stern.”

Watching the Derry-born, Liverpool-based artist DJ between Room Two’s concrete walls it’s clear she likes to take the audience on a journey. From the funky grooves of SLG’s ‘I Love You But I’ve Chosen Disco’ to Four Tet’s sprawling, spellbinding masterpiece ‘Planet’, Or:la isn’t afraid to mix things up.

“The crowd seemed really up for everything I was playing. I didn’t have to bang it out,” she laughs.

It’s her concentration, precision and diversity that have led Or:la to a Warehouse Project residency. Booking her for the opening weekend was “a no-brainer”, says WHP’s Damian Simon; “there’s always something fresh and unexpected. She brings a new approach to music selection and energy. Whether it’s opening Room One, peak time Room Two or towards the close in Room Three, she will deliver.”

Born in Derry, Northern Ireland’s second-largest city, in her teens Orlagh was struck by the local club culture. “It’s a lot smaller than Manchester or Liverpool, but it’s definitely putting itself on the map in terms of electronic music,” she says, citing Ireland’s longest-running electronic music festival, Celtronic, and forward-thinking promoters Jika Jika!

Attracted by its music scene, in 2012 Orlagh left Northern Ireland for university in Liverpool, a city she’d never stepped foot in before. “I just knew I wanted to go to a new city and that there was obviously a good music scene,” she says. “It was a great decision.”

It wasn’t long until the 19-year-old’s love of music overtook her media production degree. “I got distracted,” she admits. “I started collecting records, bought some turntables and taught myself how to mix.” Influenced by Moodymann, DJ Stingray, Luke Vibert and Led Zeppelin, Orlagh’s record collection is as varied as you’d expect. “I like older-sounding stuff, probably because it has a nice simplicity and sounds more raw. I’m really passionate about looking backwards as well as forwards.” 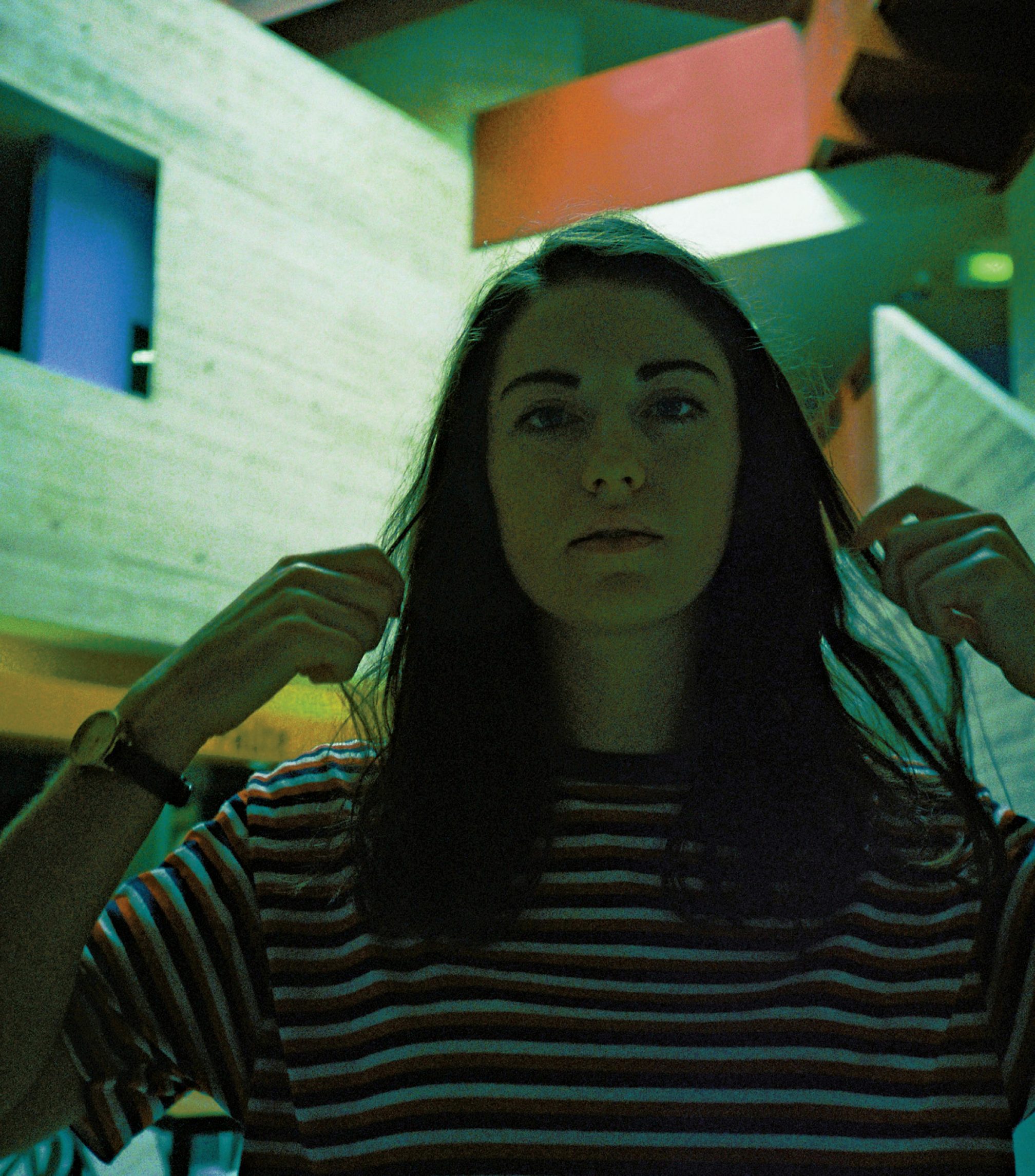 After joining a DJ society with Manchester-based Holly Lester, Orlagh started playing out as Or:la. The pair then set up a workshop, teaching people how to DJ in their spare time, while Orlagh and another DJ friend, Jessica Beaumont, aka Breakwave, started their own party, Meine Nacht (‘my night’ in English). “We were influenced by nightlife in Berlin being really relaxed,” she explains. “When you go out in the UK it seems stressful sometimes. We wanted a more laid-back atmosphere.” More of a house party vibe than a club night, the earlier Meine Nacht parties were held in secret locations and had a ‘bring your own booze’ policy. “We would just drive about trying to find unusual places,” Orlagh recalls. “We wanted to provide something different for nightlife, for people to go to a place they’ve never seen and enjoy music in a different kind of environment.”


An old art gallery, a disused police station and a supermarket are among the spaces the pair transformed early on. “Anywhere we could get our hands on that hadn’t been used for that purpose before, basically.” They’ve since hosted some of the hottest names in dance music, like Denis Sulta, Kornél Kovács and Mall Grab. “We like to showcase DJs in up-close and personal environments so they don’t lose touch with the audience.”

Orlagh and Jessica got stuck into Meine Nacht straight away. “I would be on the door and then DJing and doing all the promotion in the lead-up,” she explains. “There was one that we did in an old supermarket for our first birthday, with German producer Liem. We brought him over for his debut and there were about 300 people – they all brought their own drinks and then when everyone had gone, we had to start cleaning up... at 7am!”

The real turning point came when Scuba signed Or:la to Hotflush in 2016. And he didn’t take much convincing. “I messaged his Facebook page one day when I’d finished a few tracks and he got back saying he really liked them and asked to hear some more.” Getting to release ‘UK Lonely’ (one of Mixmag’s favourite EPs of 2016) on the label was a huge achievement for her.

“It put everything into perspective and spurred me on to make more music and start my own label,” she says. Having quit her day job with HMRC around the same time, alongside Meine Nacht, producing her own music and DJing around the country, Orlagh launched a label, Deep Sea Frequency, with Breakwave earlier this year.

“I was getting sent a lot of great music,” she says. “It’s nice to be able to give talented up-and-coming artists an opportunity to release their music in an industry that’s pretty hard to get noticed in.”

With releases from Valencia-based producer Pépe and lo-fi house pioneer DJ Seinfeld coming up in the next few months, DSF is Or:la’s latest adventure. “We have the same outlook we had for the event – variety, basically. We don’t like pigeonholing things. With the label, each release will bring something different to the table.”

With her own productions Orlagh’s not one to rush-release music. “If I’m feeling it, then it’ll just come out,” she says. “I’m not someone who makes music on the go – I wouldn’t want to force anything.” Her second EP, ‘Farewell 24’, released last month, shows a development in Orlagh’s sound. “It relies heavily on breaks and breakbeats, which is what I’m really passionate about,” she says.


With a love of jungle, techno and old-school dubstep, upped tempos and UK bass music holds a place in Or:la’s heart. “The scene in the UK is something I feel proud of,” she says. “I think it’s in a really healthy place at the minute and it’s nice to be able to make our mark on that and try to provide something different.”

Or:la ‘Farewell 24’ is out now on Hotflush. She plays the Feel My Bicep party at The Warehouse Project on November 18

This feature is from the December issue of Mixmag