In celebration of Cathay Pacific’s recently minted new nonstop leg from Washington DC’s Dulles Airport to Hong Kong - which marks the longest nonstop air route to both regions and Cathay Pacific’s longest flight within their global network - we’ve pulled together a list of top-notch nightclubs for a whirlwind weekend across both destinations.

It might come as a surprise to most that America’s capital, Washington DC, possesses a brilliant club scene that is often overlooked by the global dance music community. While it may not have romanticized electronic music associations like Chicago and Detroit - two cities associated with the birth of house and techno - Washington DC has a rich clubland tradition that has nurtured some of the scene’s best clubs, music labels and artists.

Since the early '90s, local DC imprints such as Thievery Corporation's Eighteenth Street Lounge Music and Deep Dish's Yoshitoshi Records have created timeless dance records. The city has also given us some of today's most beloved DJs, such as Loco Dice, Sharam, Theo Parish and Dave Nada (the man behind the birth of the unique dance music subgenre, moombahton).

In recent years, a hushed and cool infiltration of groundbreaking underground dance music has descended upon the famous harbor city of Hong Kong.

Having to battle the cost of the city's entertainment licensing system and opposition from various political parties, Hong Kong nightclubs have never had it easy. Despite this, dance music's rising appeal in the region has created a handful of appealing underground institutions that are propagating a young and inspiring electronic music scene in the city.

Check out Mixmag's definitive list of some of the best venues in Washington DC and Hong Kong, below. 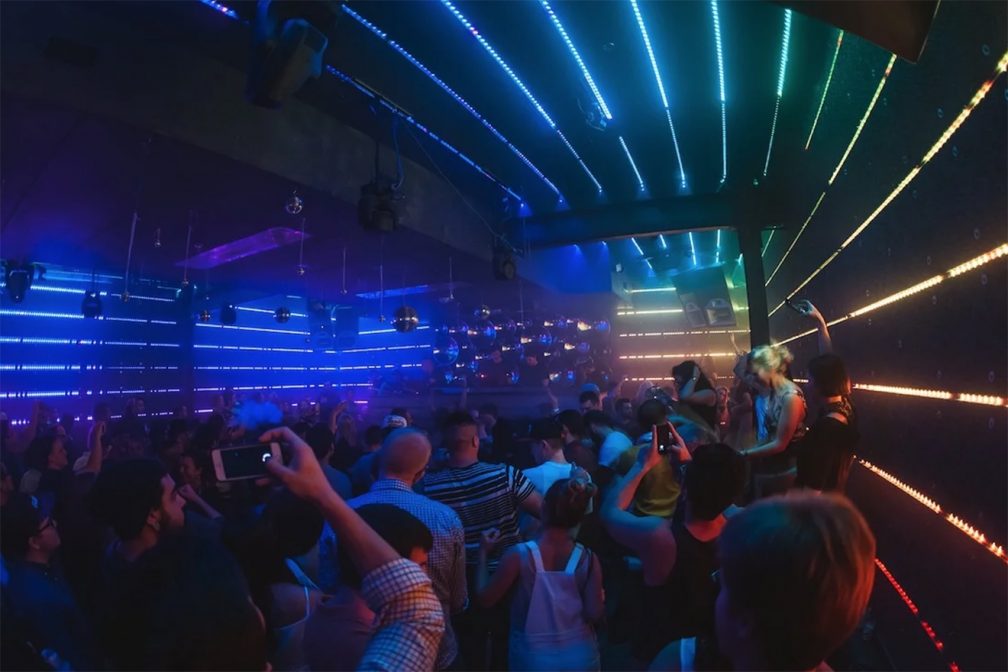 Since first opening in 2013, Flash has earned a reputation as Washington DC's most sought after underground dance music destination.

Located in the city's Shaw District, this intimate, 200-capacity venue features and a 12-point Funktion One sound system and a next-generation lighting rig designed to heighten the dancefloor experience. The venue is a must for any major DJ who makes their way to the city and has welcomed the scene's biggest players, including Skream, Maceo Plex, Lil Louis, Cassy, Tiga, Carl Craig and many more. 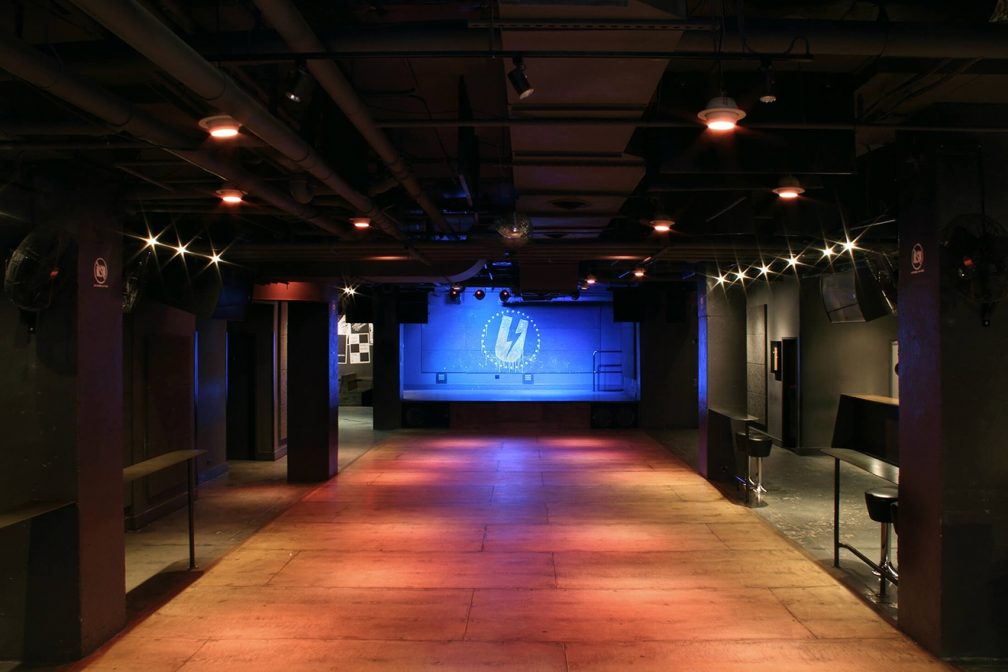 This 500 capacity, DJ-owned and operated basement dance club is a music venue built with the next generation in mind. Located right on DC's bustling U Street - the city's unparalleled epicenter for music and nightlife culture - U Street Music Hall features one of the city’s best sound systems and a foot cork-cushioned dancefloor that will keep you moving all night long.

Off the dancefloor, the nightclubs nonprofit organization, The U Street Music Foundation, provides music education programs and events for the Washington DC area youth to inspire and educate the city's next generation of music enthusiasts. 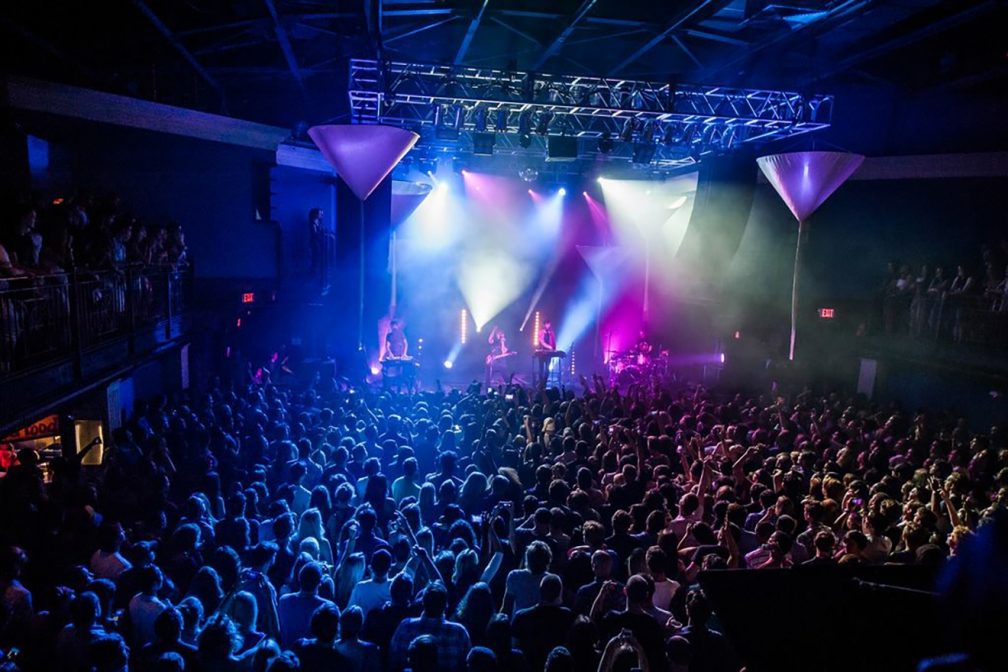 One of the Washington DC's most historic venues is 9:30 Club, which offers a wide variety of music. Opened in 1980 and located in the city's U Street neighborhood, 9:30 Club was at one point name the world's No. 1 nightclub by Rolling Stone. In recent years, it has hosted the likes of The Glitch Mob, Thundercat, Mura Masa, The Avalanches, Bonobo, Nicolas Jaar, St Germain and more. 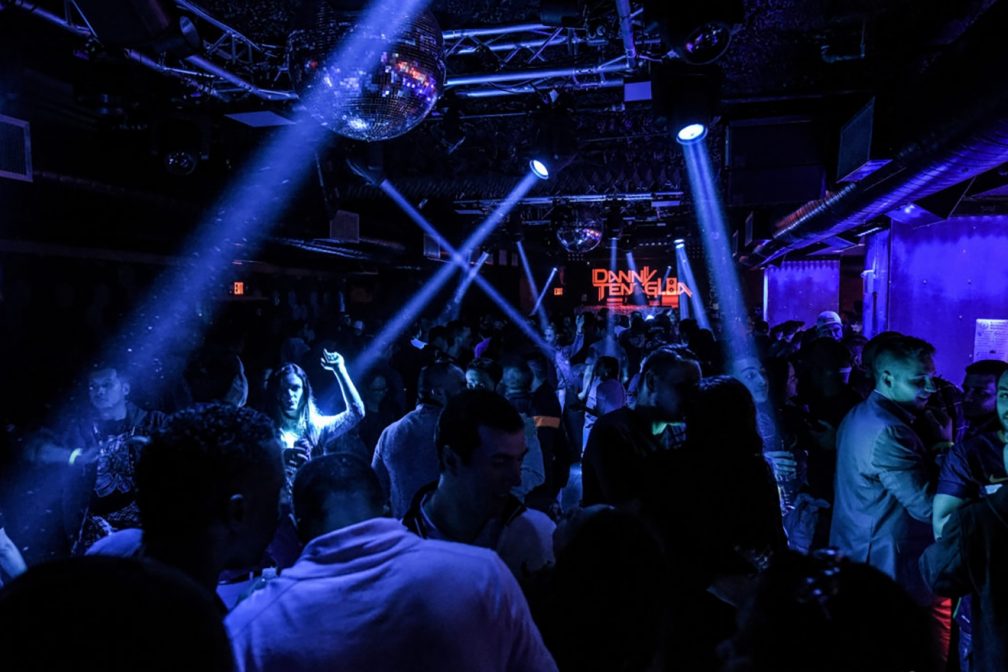 Powered by 80,000 watts of D&B Audiotechnik sweetness, Soundcheck is a state-of-the-art nightclub that offers a variety of house, techno, dubstep, drum 'n' bass and more. Outfitted with LED walls, a pair of giant disco balls, video projects and no shortage of lasers, the venue is modeled after "nightclubs in Athens, Greece during the 1980s and 1990s." Soundcheck's diverse music program has booked DJs such as Fisher, EDX, Sonny Fodera, Shiba San, Claude VonStroke, Mark Knight, Hannah Wants, Paul Oakenfold, Nicole Moudaber and many more. 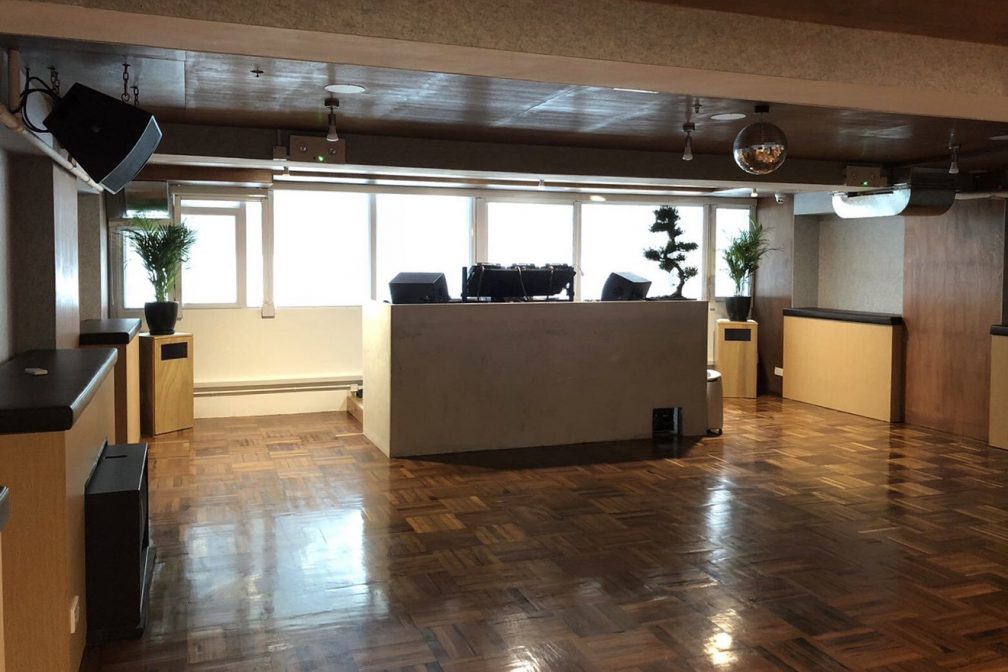 宀 (pronounced Mihn) is a graphical component of the Chinese language that has over 40 different pronunciations. It has no literal meaning, but can be likened to a roof or shelter. 宀 Club - a brand-new 100 capacity music venue in the heart of Hong Kong - is just that. An inclusive and safe refuge for the city's electronic music loyalists. Outfitted with a Funktion One sound system, 宀 Club is an intimate place where all races, genders and sexual identities are welcome to dance and express themselves through movement. The venue enforces a strict no-photo policy to safeguard this vision.

In addition to giving local acts a proper platform on which to play, the club has hosted groundbreaking underground DJs such as Eris Drew, Violet, Gonno, DJ Dustin, Urulu, Massimiliano Pagliara and more. 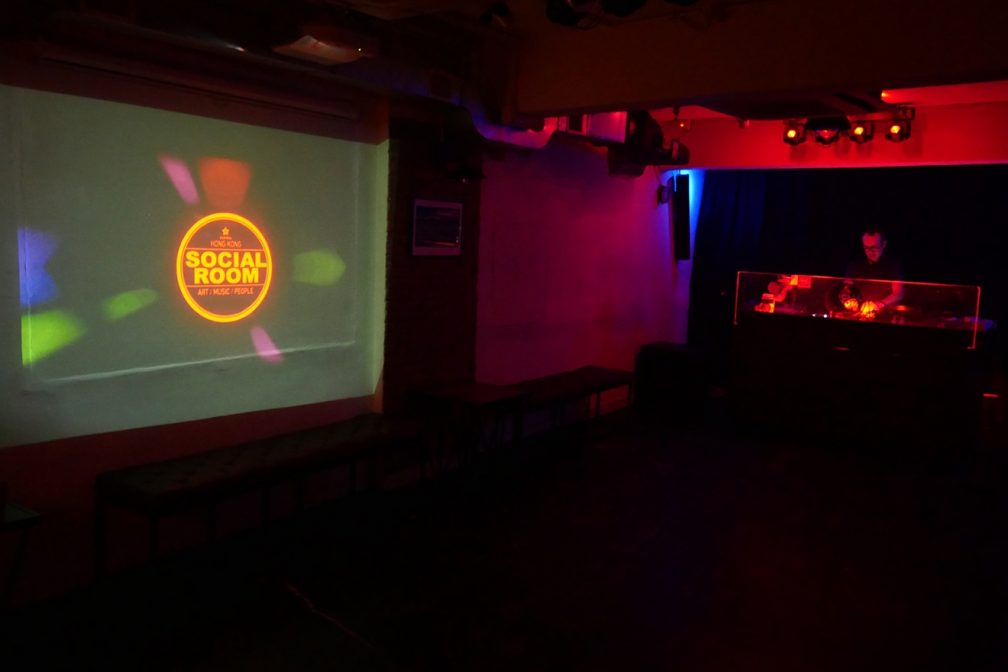 Social Room is a club concept that hopes to "expand and enhance the underground experience" in Hong Kong. This open, 2,100 sq ft space has been the site of substantial, local electronic music events since 2015 and considers itself to be "a home for underground DJs and bands." The loft style, multifunctional space has been the site of numerous showcases and after-hours parties which features the region's most enthusiastic DJs.

This basement club has been a dance music institution in central Hong Kong since 2014. Oma describes itself as "a little underground club trying to stay alive in the middle of hardcore commercial city Hong Kong." It is one of the city's most prominent and consistent venues with locally based DJs driving the tiny dancefloor every week. It welcomes a few but very selective international guest DJs every year, such as DJ Nobu, Till von Sein, Oskar Offermann and more.