Forty-eight hours prior to Donald Trump and Mike Pence’s inauguration, on an unseasonably warm evening, it’s also the scene of a rave. The sounds of Whitney Houston’s ‘I Wanna Dance With Somebody (Who Loves Me)’ with a steady beat of techno underneath soundtracks a 200-person celebration near manicured lawns. A range of costumed heroes from Robin Williams in Mork And Mindy to Tinkerbell twerk-walk, vogue, and twirl, screaming “Daddy Pence, come dance!” as condoms are handed out and protein bars keep everyone motivated. 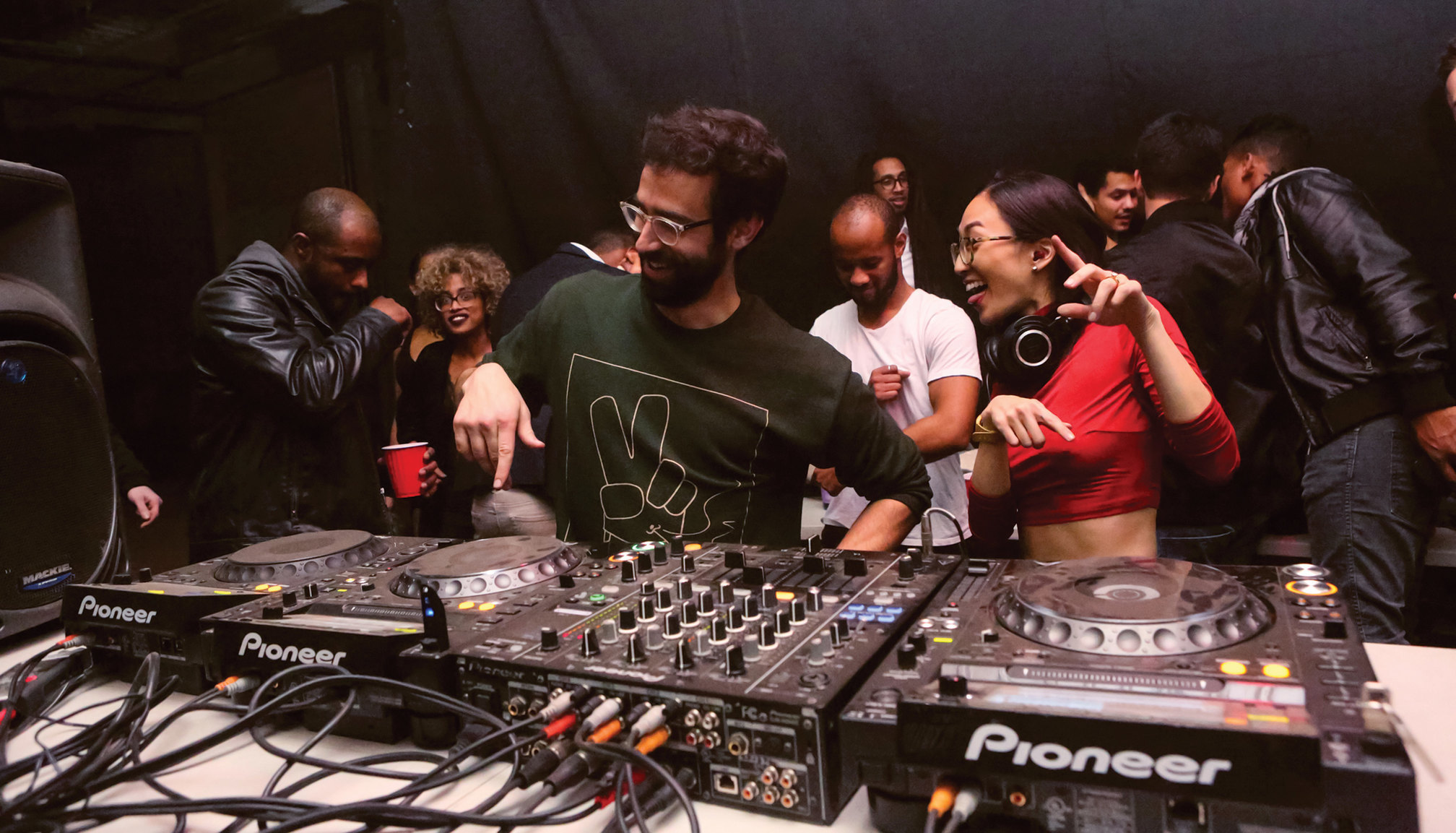 “When Obama was in office, DC felt like a utopian place to be where the economy was fairly good, and we were very socially progressive. However, DC’s different now – more of a tense area where there’s a lot of people expressing racism, homophobia, and related beliefs,” says DJ Lisa Frank, who alongside DJs Chris Nitti and 1432 R label co-founder Sami, throw ROAM, a party that ranges across the city.

According to body-positivity activist and DC-based house DJ and producer Zacheser, At ROAM “people are woke again, and they’re willing and wanting to vibe and get weird. EDM is over, and kids are now listening to aggressive and dark Brodinski records and wonky Dirtybird tunes. Maybe it’s the drugs, maybe it’s the alcohol – who cares? Everybody’s just vibing. Nobody gives a shit what you look like or who you fuck. None of that matters. As it always seems to have been the case in this city, once again, everybody’s just having a good fucking time.”

We're providing unconventional club atmospheres that are safe spaces for everyone

ROAM is a confluence of three different musical essences. Lisa Frank took a tour of Europe, visited Berlin’s Berghain, and brought back a heavy, dark vibe. Sami Y is the head of 1432 R, a label that’s built its profile on Ethiopian techno and is now diving into drum ’n’ bass and more. Chris Nitti brings the house music all night long.

Entering the abandoned warehouse a 10-minute walk from the United States Capitol, you notice rusting decommissioned machinery from the building’s industrial past. The floors are dusty, and the space has the aroma of neglect. Skinny dudes in v-neck T-shirts draped on angular shoulders bounce to the beat while manicured women gone punk gone goth blend into the darkness. After an hour or so the progressive, off-kilter and ear-worming melodies overcome the dust, the dank, and the people. The machinery seems suspended in mid air and there’s a stream of unified musical consciousness that overtakes the room. Dancing until morning, as the sun refracts and filters through dusty, cracked, and spiderweb-draped windows, you’re suddenly reminded
of who you are – and where you are. As Lisa Frank says, “What [ROAM] is doing is essential. We’re providing unconventional club atmospheres that are safe spaces for everyone.” 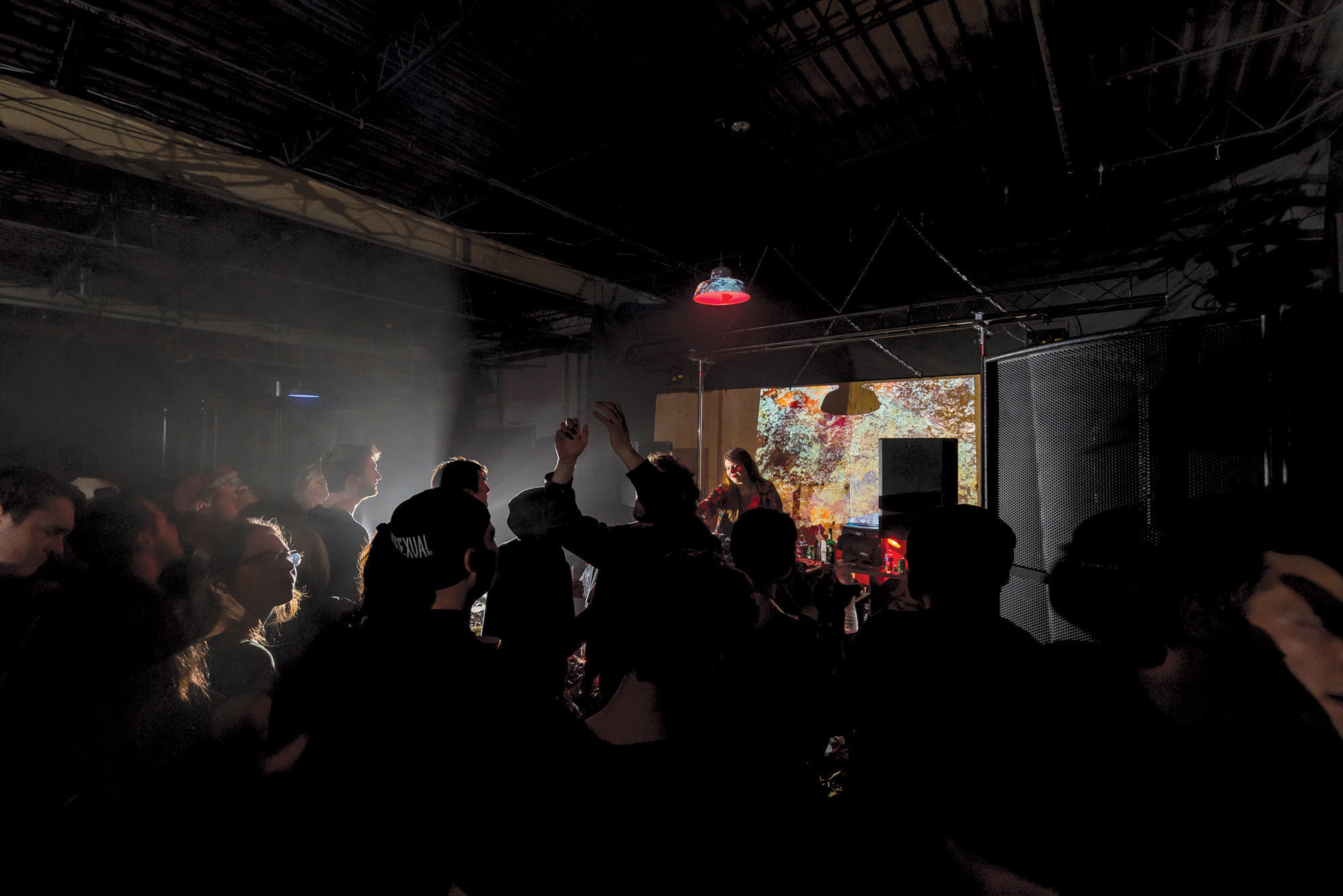 Brooklyn-to-DC transplant Scott ‘Buster’ Herman has spent over 20 years in Washington DC, and in many ways is a godfather of successfully throwing parties in unconventional spaces. He threw raves in parking lots in the 90s and 2000s, managed U Street Music Hall in the early 2010s, and he’s now running Ten Tigers Parlour, an Asian culture-themed neighborhood bar with a first-class sound system and dancefloor in Northwest DC’s Petworth neighborhood. “There are things happening everywhere again,” he says. “DC’s always expanded and contracted as a scene, going back to the days of the Buzz party at Nation in the nineties. It always comes back a bit different than the last time, and the parties this time seem to be all doing better than ever before, so that’s cool.”

DC’s scene providing great parties and good vibes to the city in the next four years and beyond is not just a story about recontextualized spaces, forward-thinking promoters and DJs, and a city that’s falling in love (again) with underground culture. Rather, it’s important to first note, as Matthew Cronin, the General Manager of DC underground venue Soundcheck says, that “Dancing, sweating, and feeling the energy of a DJ only feet away is something that keeps an underground and electronic scene alive, and culture alive overall.” When those actions blend with what is now a series of disco-protests at iconic conservative locations city-wide, there’s the sense, as Werk for Peace’s founder Firas Nasr notes, that “bigotry and hate” aren’t tolerated in America and that “the streets are being taken back as our collective and progressive dancefloor.” Maybe the White House will be next.