Throughout September 2020 Mixmag will be taking over Friday nights on BBC Radio 1. First up is Nicola Cruz, the Ecuadorean artist fusing Latin American musical traditions with electronic music. Listen to his exclusive mix here and read on for a profile of Nicola by Alejandra Cabrera

The sky-bound city of Quito, Ecuador is perched upon a mountainous terrain close to the equator. The combination of its high altitude and hilly boundaries is able to generate thunderstorms out of thin air. Wandering around the capital, one can see the very palpable influence from the indigenous population which once occupied the entirety of the landscape, through its food, antique buildings and unique traditions.

The works of Nicola Cruz have put this magical city into the electronic music universe, with music that embraces the listener and transports them to this colourful and beautiful Andean landscape without leaving the dancefloor.

It has now been five years since the release of Nicola’s first album ‘Prender El Alma’ and two years since we first spoke over the phone, him in Quito and me in London. He still emanates the same calm presence and speaks passionately about the importance of showing a different side of Latin America. Cruz has since searched for new sounds in Asia and Africa, which have inspired his latest works, ‘Siku’ and ‘Fuego Nuevo’. The artist still sounds very much in love with the cultural heritage of his country but is more determined to explore different formulas, not afraid of switching from dark techno to more upbeat house rhythms.

“I have been doing electronic music for a while now and the main focus of my creation has always been to experiment,” says Cruz. “It has led me down many different paths but it was always really important for me to interface with the strong musical heritage that exists in Latin America.” 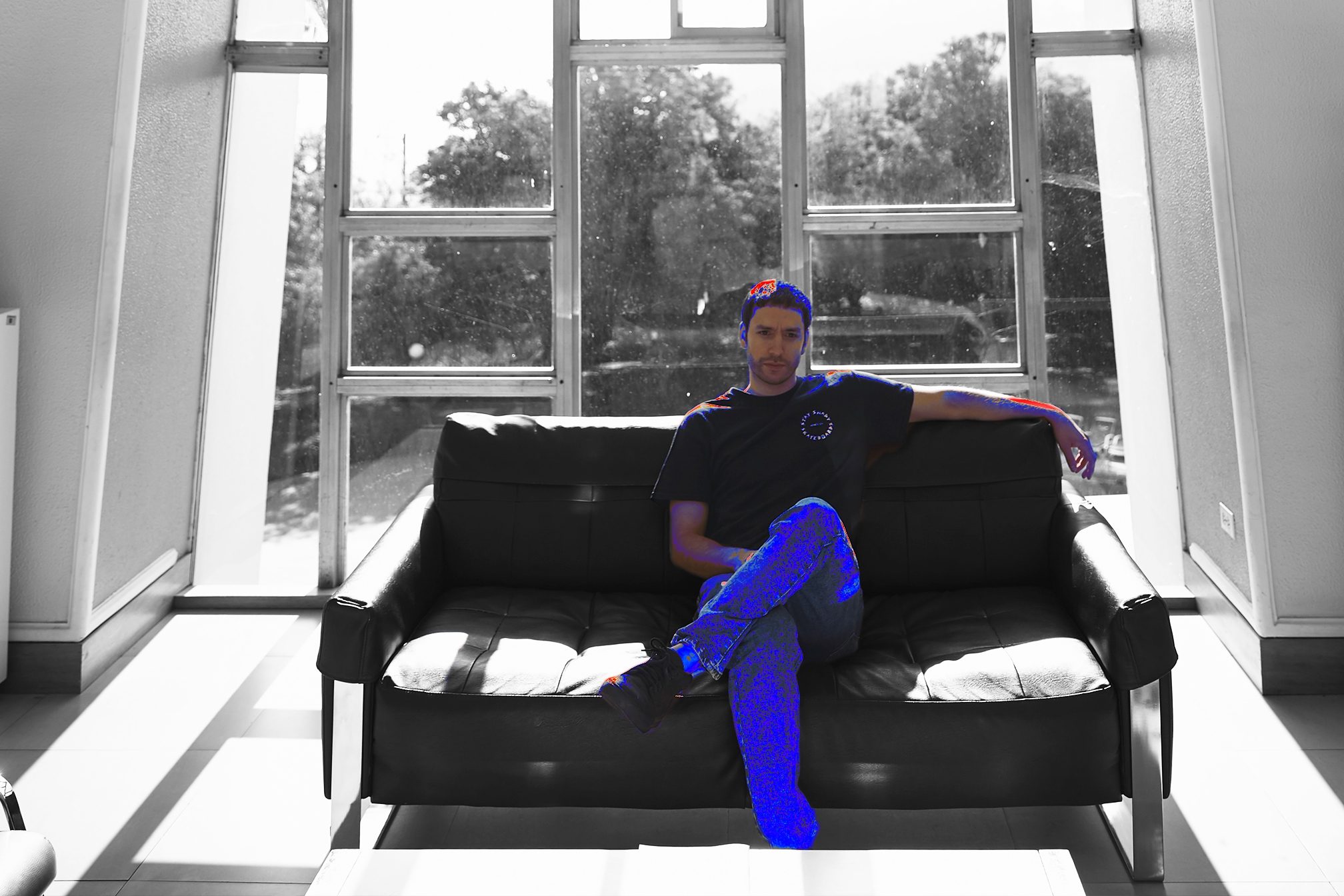 The 32-year-old Quito local serves as a prime example of the dissonance between the typical stereotype of Latin American music as men in ponchos playing indigenous instruments, with the steady output of forward-thinking electronic records released by himself and his contemporaries.

Nicola Cruz got into music from an early age, playing the drums for a band with his friends in Quito, before deciding to study music. Listening to what he would go on to produce, his background in percussion is immediately evident and serves as the pillar for the majority of his work.

Growing up in Ecuador really marked Cruz’s musical development, its influence unavoidable: “Living in this kind of city really exposes you to its cultural heritage, which in Quito is really vast and rich,” he says. “I feel that what I started doing serves to honour and raise awareness for the culture we have here.”

Read this next: Nicola Cruz in the mix for Mixmag x BBC Radio 1

In 2015 with the release of ‘Prender El Alma’, he created a genre-bending classic that explored the awakening of consciousness and spirituality. Cruz employed the use of vocals and indigenous instruments to recreate nature-evocative sounds which were carried through a percussive lead and developed into faster beats that feel really ritualistic.

This record helped get Cruz’s foot in the door of dancefloors worldwide, allowing partygoers to get lost in sets spanning techno to ambient, all laced with South America’s rich identity. The album is a labour of love, and dedicated to Andean sounds and culture, but it is wrong to categorise Cruz’s music as “organic electronic” or “Andes-step”. This compartmentalisation of music that fails to fit into genres impedes continuous evolution and experimentation, which Cruz feels is the most important aspect of electronic music. He tends to refer to what he does under a wider umbrella, “contemporary electronic”, which can engage the different ideas explored through his music. 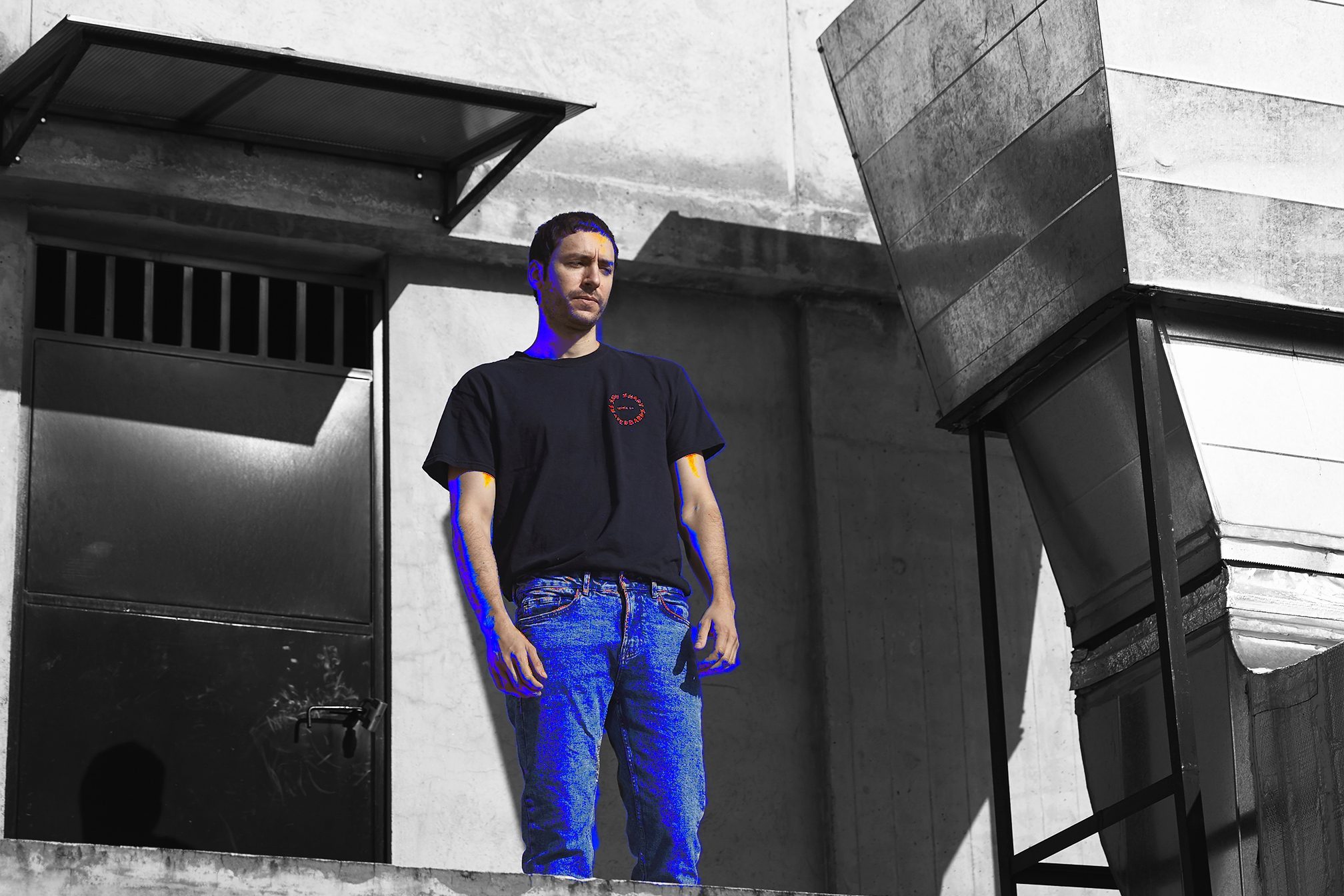 For Nicola, a key aspect of his career must always be to push boundaries and ensure his music doesn’t regress into a set formula. “I let the music guide me, I don’t want to be a control freak about it, I just want to keep flowing.”

COVID-19 and life in quarantine have helped Cruz to reconnect with himself as a creator and producer away from the road. “Conditions now aren’t perfect but I’ve enjoyed the challenge of adapting and using this time to pause and be more patient,” he says. “I’ve concentrated on a different style of production, more relaxed but enough to maintain my habit of composing.”

Many artists have taken this time as an opportunity to do as many live streams as possible but this approach doesn’t resonate with Cruz, who has only put out a Boiler Room online set in the past months. “I think that people became a bit obsessed during quarantine with releasing music and doing live streams,” Cruz says. “I took the message differently, I felt that we had to take a pause and look within ourselves, to focus on the essentials.”

Nicola’s sets are intimate, the music he plays is a mind and body experience. “This intimacy is lost in online sets,” Cruz says. “The closeness, the tiny things that make you feel connected with the audience such as a gesture or a stare... The online experience doesn’t live up to the live setting.”

In general the pandemic has provided Cruz with a reset: he describes he is now more conscious of why he makes the music he does. “I used to rush myself when composing but now I feel that I take more space,” he says.

Up until now Cruz’s music has travelled the world, from Tokyo to Montreal. He explains the importance of sharing his work in places with different understandings of electronic music as a way to give an insight into Latin America’s sound, which is heavily influenced by Africa. “I’m really interested in sharing Latin culture,” he says. “I struggle to find a synthesizer that captures the Latin groove since [the grooves] aren’t as set and defined as those from the West. It’s important for me to present this music elsewhere.”

For the time being, Cruz has taken a step back to focus on his creativity. He talks about a home studio in the works, which will hopefully be the witness of a third wide-ranging album and will cement him further as one of the most versatile electronic artists currently operating.

Alejandra Cabrera is Editorial Assistant at Hyponik and Staff Writer and Producer at Threads Radio. Follow her on Twitter