If there was a prize for the unloveliest urban terrain in London, it would surely go to the particular circle of hell around Tottenham Hale retail park. This ‘park’ is, of course, a flat square mile of white-lined tarmac and big box outlets containing all your favourite high street fillers: Wilko, Card Factory, Greggs. Because you can’t see it properly from the road, a huge totem pole showing all the store logos has been erected by the roundabout. Next to that there’s the train station and bus terminus, and a half-built Premier Inn encircled by hundreds of red and white plastic barricades. Beyond are several blocks of plasticky newbuild flats, ready to serve the needs of the retail park. Regeneration! It’s bracing stuff.

Walk even further and you come to a patch that doesn’t seem to be designed for anything or anyone. Grow is one of two clubs here, occupying the same scruffy warehouse as The Cause. Both look as if they’ve been cobbled together from debris off the nearby building sites, although Grow has a greenhouse theme, with sheets of translucent plastic creating an indoor/outdoor smoking area. 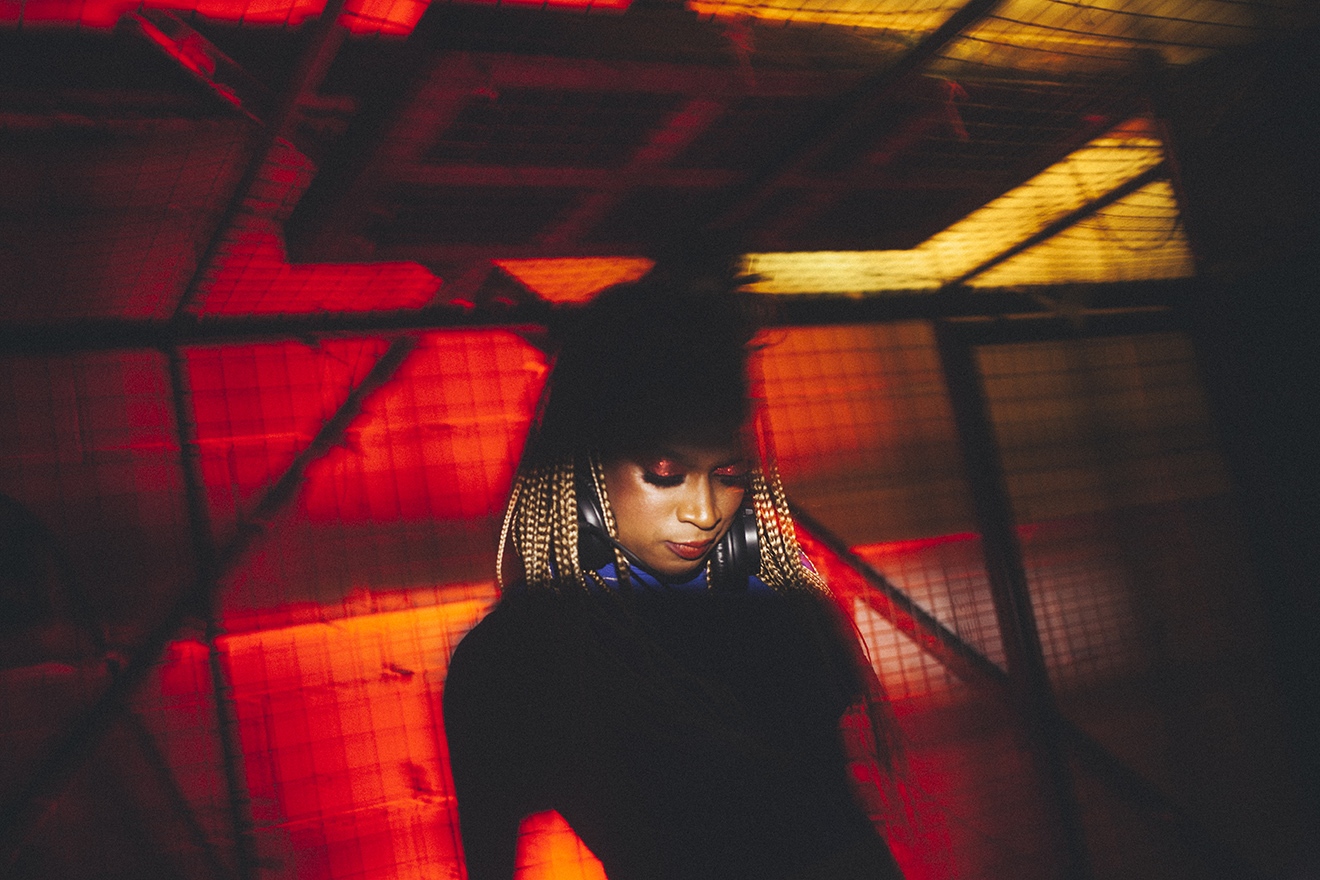 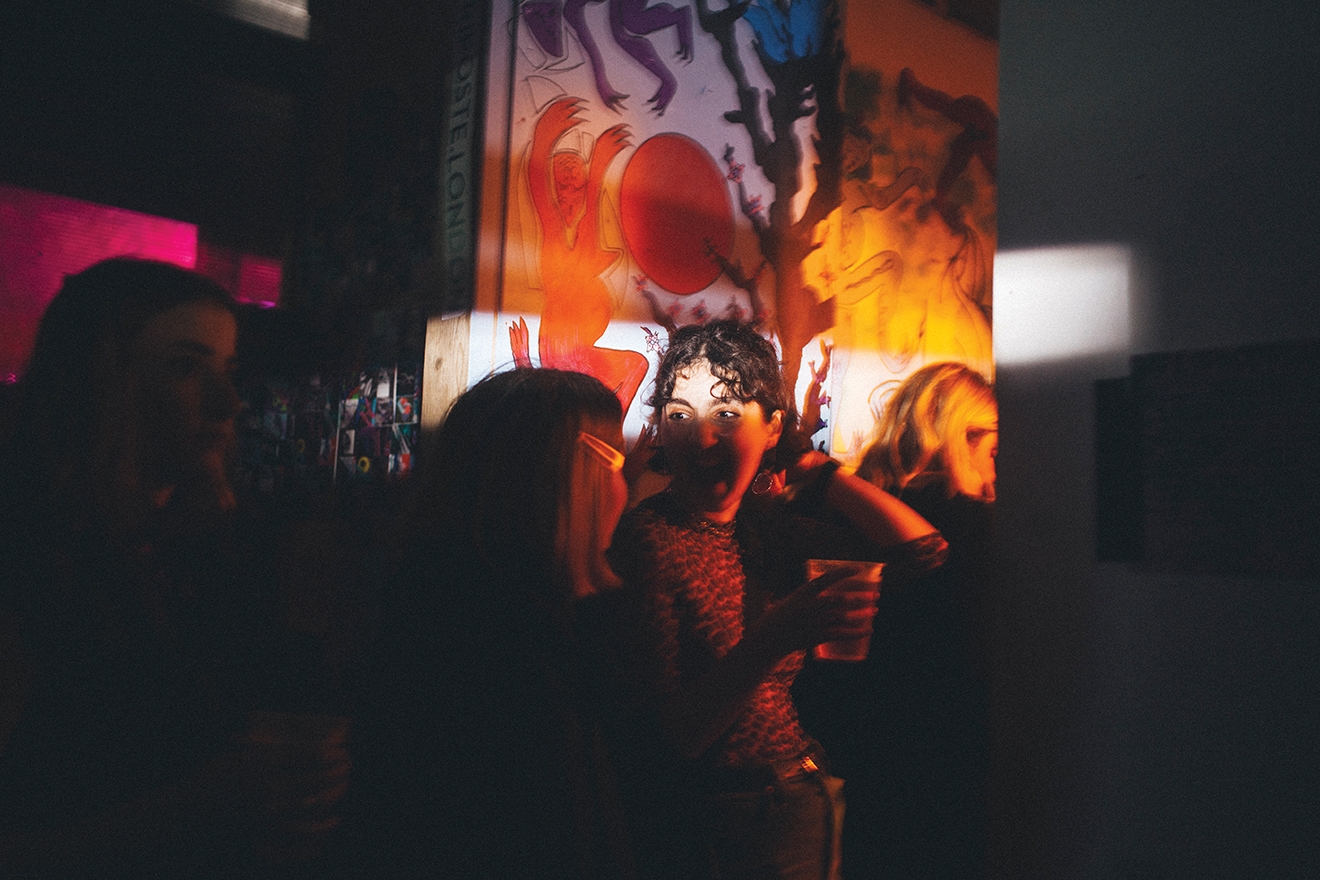 This urban dystopia is the ideal spot for Total Recall 2020, the first party of the year from club crew New Scenery. Jasper Jarvis, Marnie and SOW have been running the night since 2017 as a platform for women, LGBTQ+ and non-binary DJs. “We wanted to create a space where we weren’t a token, that was for us,” says SOW, whose experience working in clubs opened her eyes to the level of harassment faced by women and queer people.

As well as launching a label, they’ve booked international artists like Dis Fig, MikeQ and Lafawndah alongside locals like FAUZIA and Ifeoluwa, moving between venues like Five Miles, The Yard and Ormside Projects. Tonight’s party at Grow is their biggest yet. They’ve effectively procured the Experimental Club Hall of Fame, a line-up that covers some of the most adventurous and influential music of the last decade, spanning UK bass movements, radical pop and high-concept deconstruction. 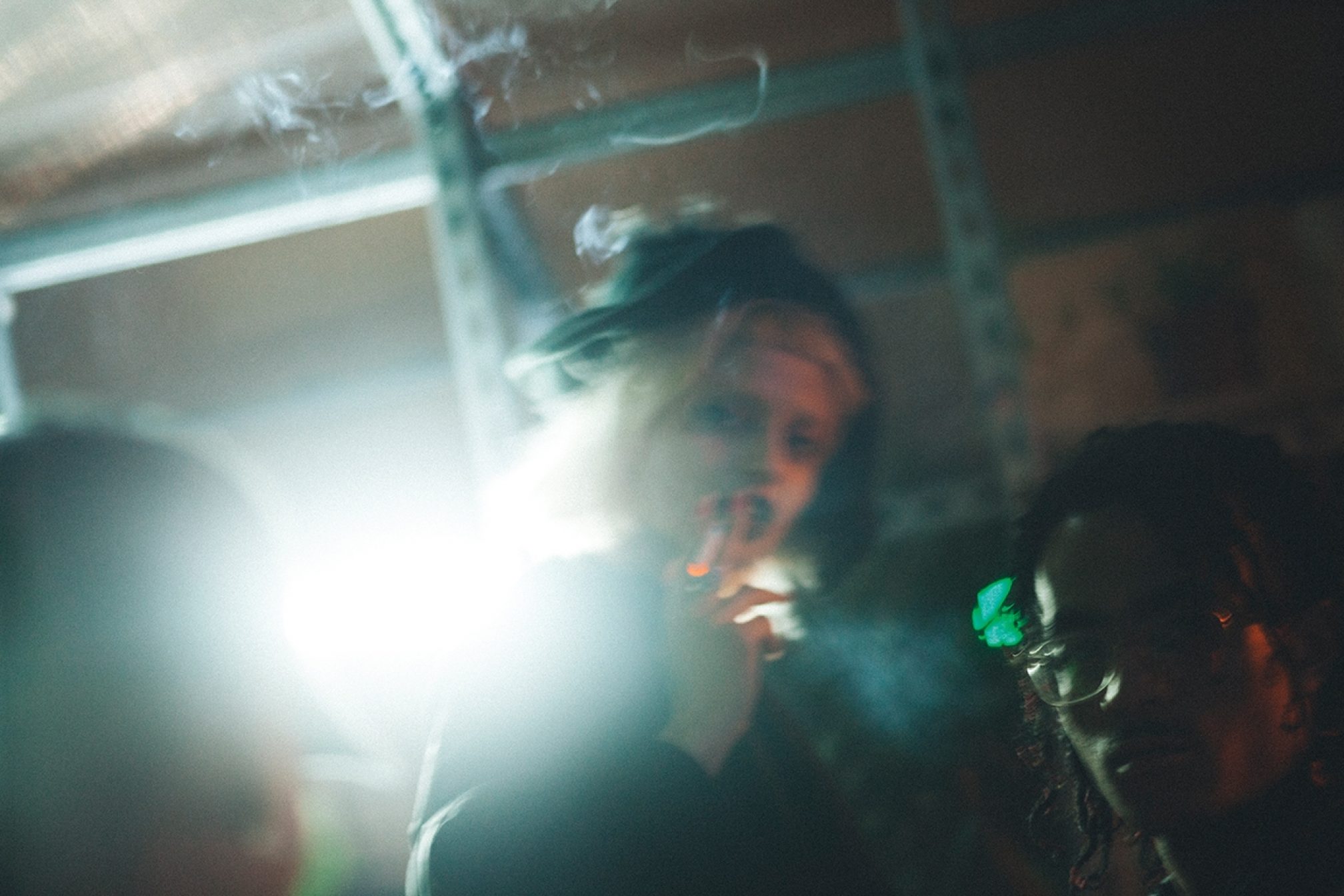 In the bigger of the two rooms, behind a rickety metal cage, Ziúr fires the starting gun as the club fills up. Whipping up dense clouds of rhythm and texture, the Berlin DJ blends tracks like putty, sometimes prioritising a stomping syncopated rhythm, sometimes letting the room sway to beatless mulch. None of it is easily identifiable, and Ziúr is one of the leading architects of this approach, using at least three decks to layer her blends into unimagined soundscapes. She recently started DJing without headphones to set herself a new challenge – bad news for Kamixlo, the last-minute replacement for a sicknote Kablam, who needs to borrow some.

Read this next: Meet Bala Club, the young collective who refuse to play by the rules

The Bala Club co-founder plays a typically fun and funny set, dropping the kind of nu-metal-versus-pop edits he pioneered through his genre-smashing night back in the mid-2010s. It’s weird to realise, several years later, that the grisly aesthetic the Bala Club crew were pulling off back then – nu-metal revival chic, baggy T-shirts and blue and green hair – is basically Billie Eilish, the teenage pop phenom who will take home an armful of Grammys later this weekend.

This unexpected sense of historical distance bubbles up throughout the night; this music, still deemed ‘outsider’ for the most part, is now an established movement; the line-up consists of scene elders, effectively, with multiple acclaimed records to their belt and even the odd pop production credit. The crowd includes a few who’ve been here from the start, but mainly they’re younger, possibly from the same art school as the night’s founders. There are lots of ugly-on-purpose charity shop looks and shiny polyester layers (although it’s impossible to look too shiny in a club so desolate). Plenty of lone rangers, too, who have struggled to drag their less adventurous friends all the way to Zone 3 for the night. 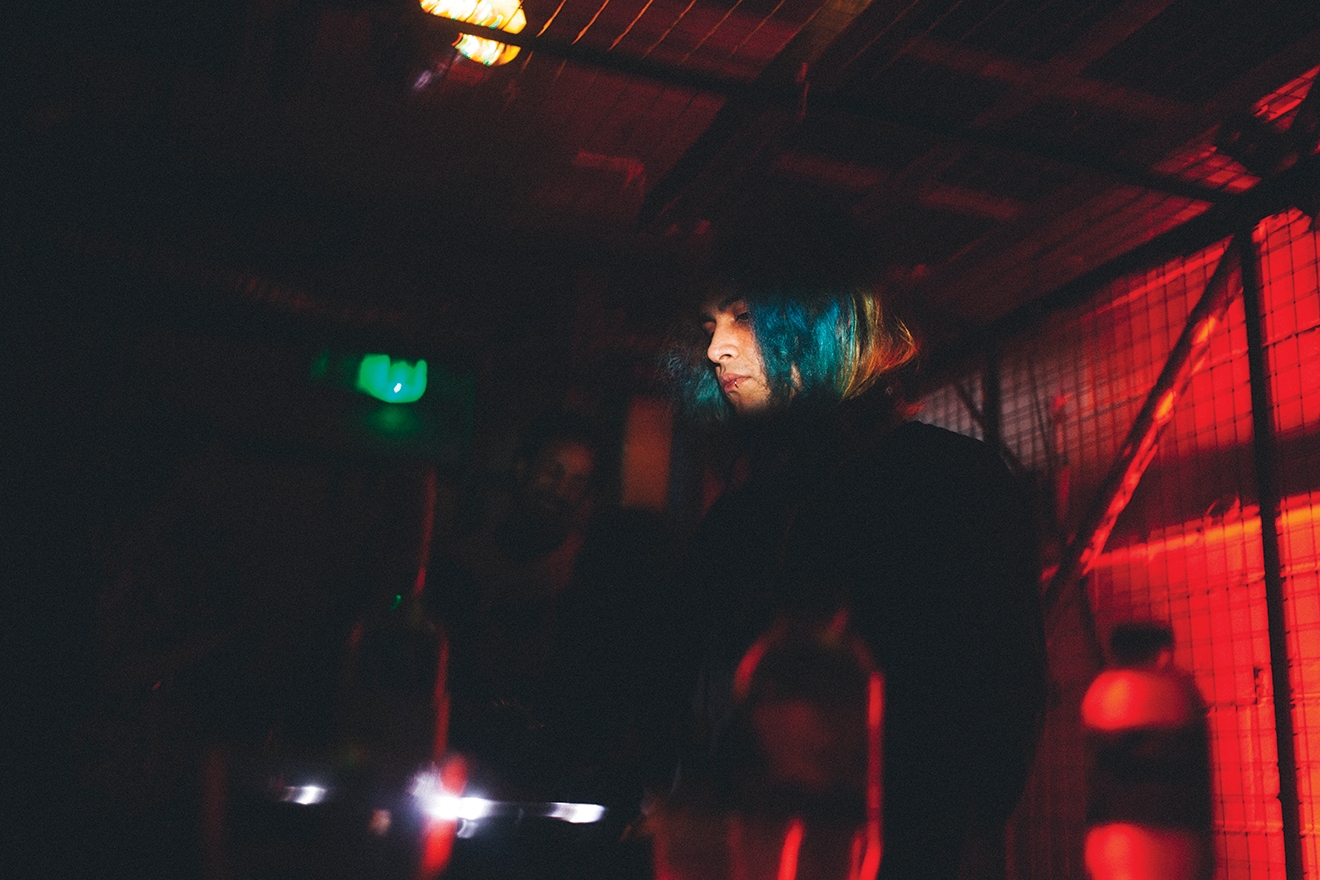 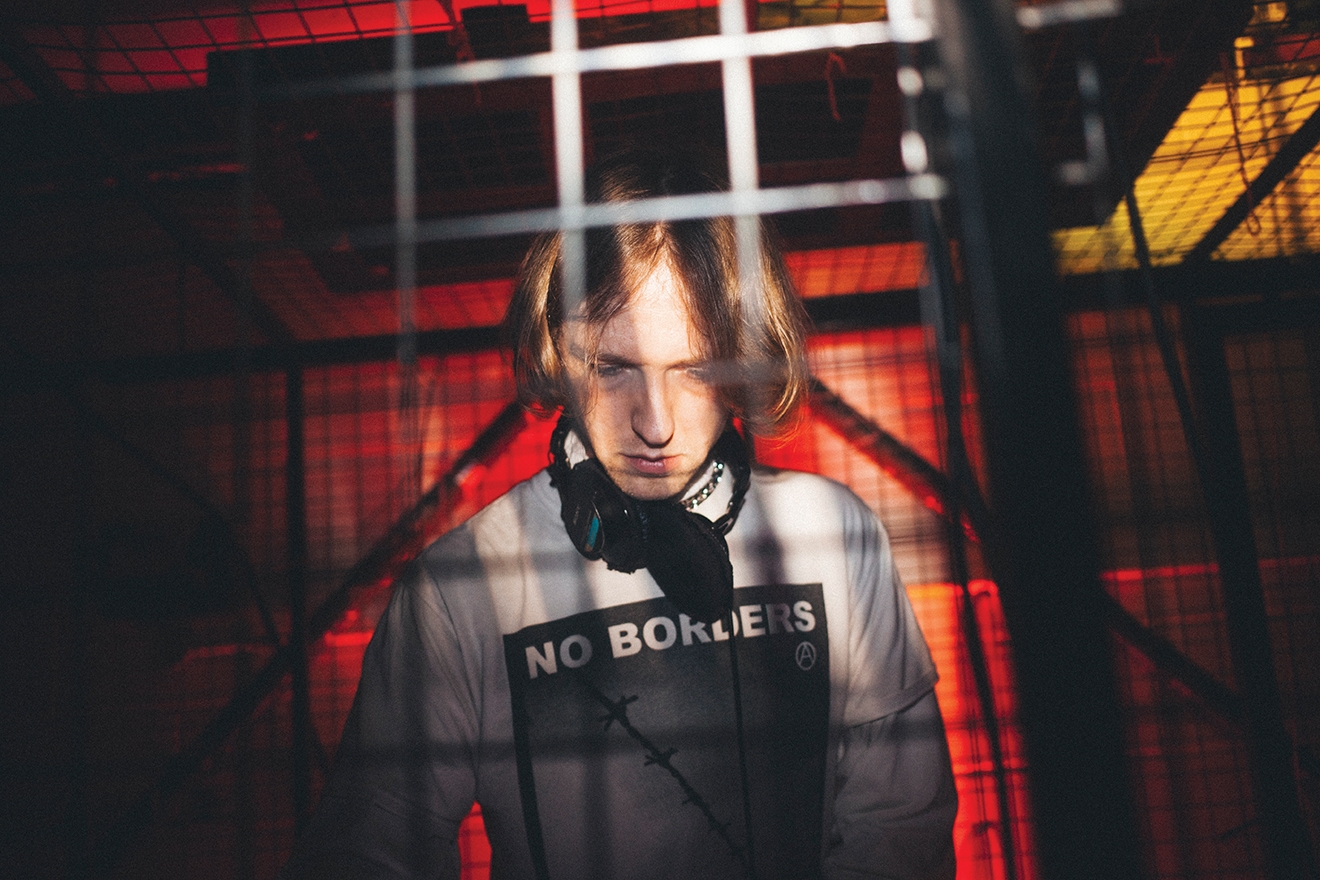 Attracting the right crowd is paramount for the New Scenery trio. “You do have to exclude certain people to get a level of safety and a collective experience,” Marnie points out, “but hopefully we’re opening it up a bit more.” That’s why they can only offer a ‘safer’ space, adds Jasper: “A ‘safe space’ policy is a false promise on something that you have no control over.”

Read this next: Lotic is the sound and spirit of experimental dance

In the second room – tiny, no-frills, suitably intense – a technical fuck-up means that Ikonika’s set gets pushed back to 5:AM. SOW takes over, playing the kind of face-melting Eurocore that’s having a moment in the blacklight right now, before Lisbon newcomer Odete changes the energy with some astounding and unpredictable blends, proving herself a worthy disciple of Juliana Huxtable. The lesser-spotted Jam City is in the big room, keeping some of us waiting for a promised Charli XCX rarity in between vibrant r’n’b edits: all highly danceable. Lotic – who’d been working as Ziúr’s hype girl at the start of the night, whipping her braids and hanging off the stage-cage – takes a different direction, countering the upfront energy and fast tempos of the rest of the night with a set of Baltimore breaks and low-slung rap beats. 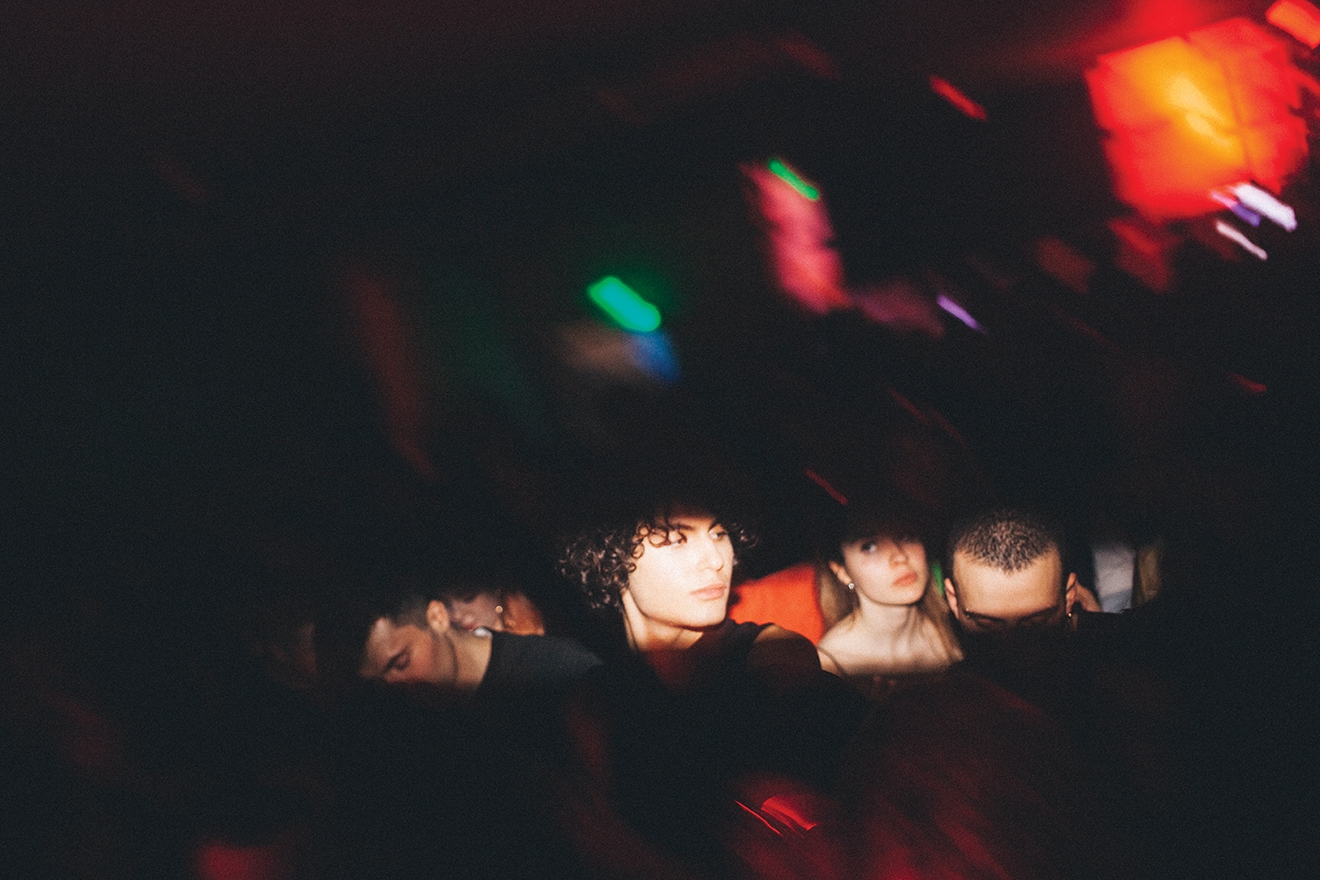 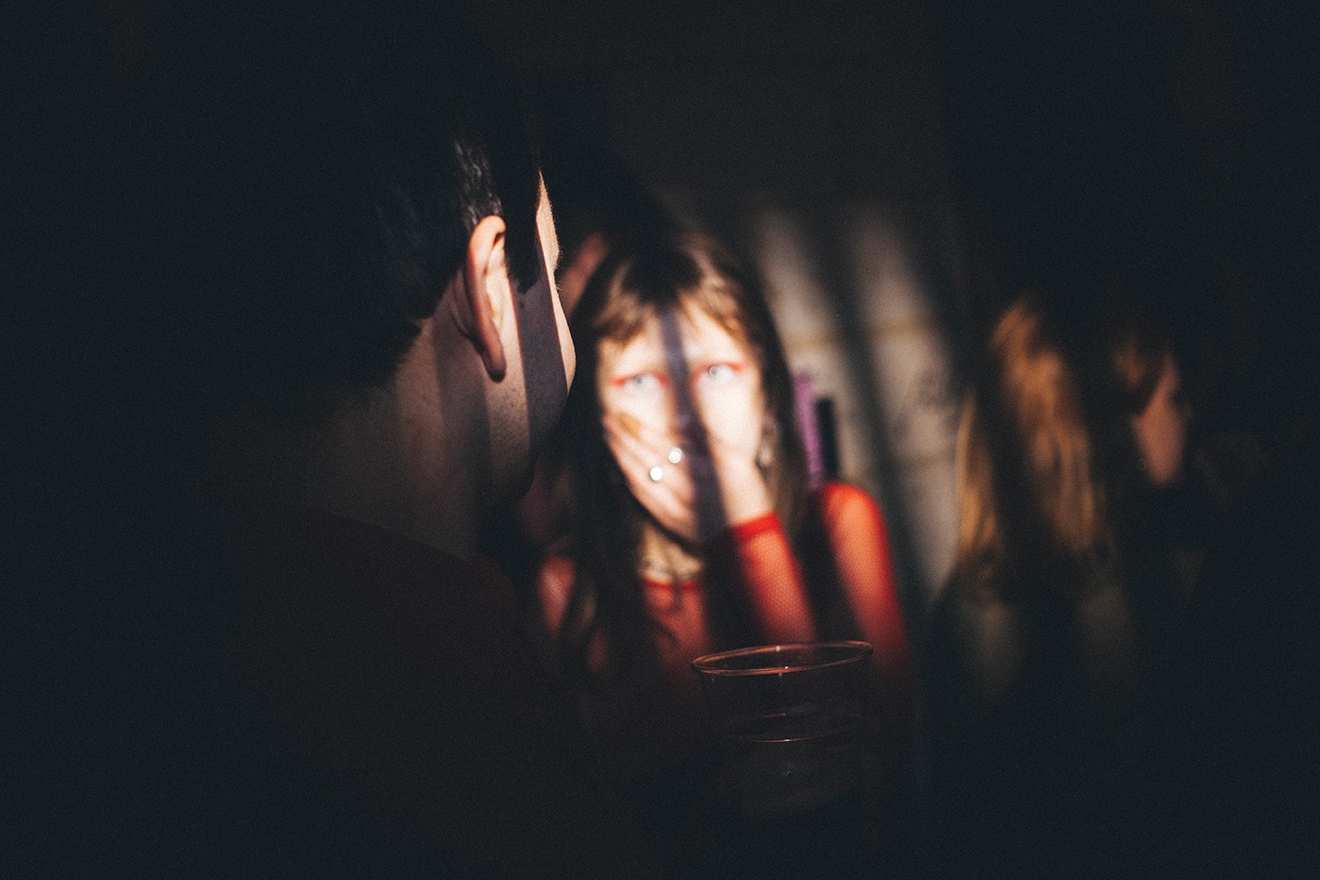 Almost everyone sticks around for Ikonika. With her old mate Scratcha DVA watching over her in the booth, the West Londoner does the most to represent the UK’s own club lineage – she’s the only DJ who goes for a rewind – while incorporating the kind of chrome futurism that runs through her own records and a stack of heavy gqom, dropping South African cuts alongside some of Scratcha’s spins on the genre. Lady Lykez’s ‘Mohammad Ali’, the rightful best track of 2019, is a highlight of the set – but even better is the moment Ziúr grabs the mic and cuts the music. “Where is the smoke machine? It came on earlier, we know it works.” She’s right: there’s far too much visibility in here. The magic button is located and the room fills up with fog. When Ikonika wraps up, the room seems to glow with hometown pride.

There’s a very real sense of community in this awkward ‘club’ niche, where DJs from different backgrounds, playing different styles, keep finding themselves on the same team. That extends to the crowd, too, who seem to be brought together as much by their differences as their similarities. It’s pretty weird out here, beyond the plastic barricades of civilisation – but there’s no better place for a party like this.

In six months’ time, both Grow and The Cause will be demolished to make way for flats. New Scenery will soon be looking for exactly what its name suggests, but this community will follow them no matter how far they go.