Two hours outside of Lisbon, the scorched flatlands surrounding the small town of Zambujeira do Mar are dotted with fairy-lit campsites huddled in the shade cast by dense copses of pine trees. Despite temperatures approaching 45 degrees, some young ravers will be staying here for the full nine days of MEO Sudoeste. The campsites are decorated with spray-painted flags and clan tags to distinguish their territories, though the post-apocalyptic vibe is somewhat lightened by the showers, microwaves, sinks, washing machines, wi-fi, festival food delivery service and shuttle buses to and from the town.

When the sun finally sinks below the mountains, the temperature plummets – and with bandanas wrapped across their faces and utility belts worn like sashes, the Thrasher-branded Portuguese youth emerge from their settlements. Music starts at 19:30 at the smaller LG By Mega Hits stage, which draws a more headsy crowd with standout performances from r’n’b singer/songwriter MAR and Portuguese rapper Yuzi over the weekend. As the neighbouring main stage begins its all-night stream of sparks, smoke and confetti to accompany the steamy sounds of C4 Pedro, festival director Luís Montez, overlooking the scene from an open-topped tour bus, gestures to the grounds with widespread arms and hails “Portugal’s very own Las Vegas”.

The acts playing at MEO Sudoeste’s 21st year range from Jason Derulo to Don Diablo (Hardwell cancelled due to illness) – but what’s unique is the way it juxtaposes the Xanned-up melancholy of SoundCloud rap artists with the sugar-rush theatrics of EDM. (T)rap artist Desiigner, best known for his 2016 hit ‘Panda’, delivers a performance which sees him deeply immersed in the crowd for the majority of his hour-long slot. His show, well worthy of being at the top of the bill, is followed first by SoundCloud sensation Lil Pump and then by EDM star Marshmello. 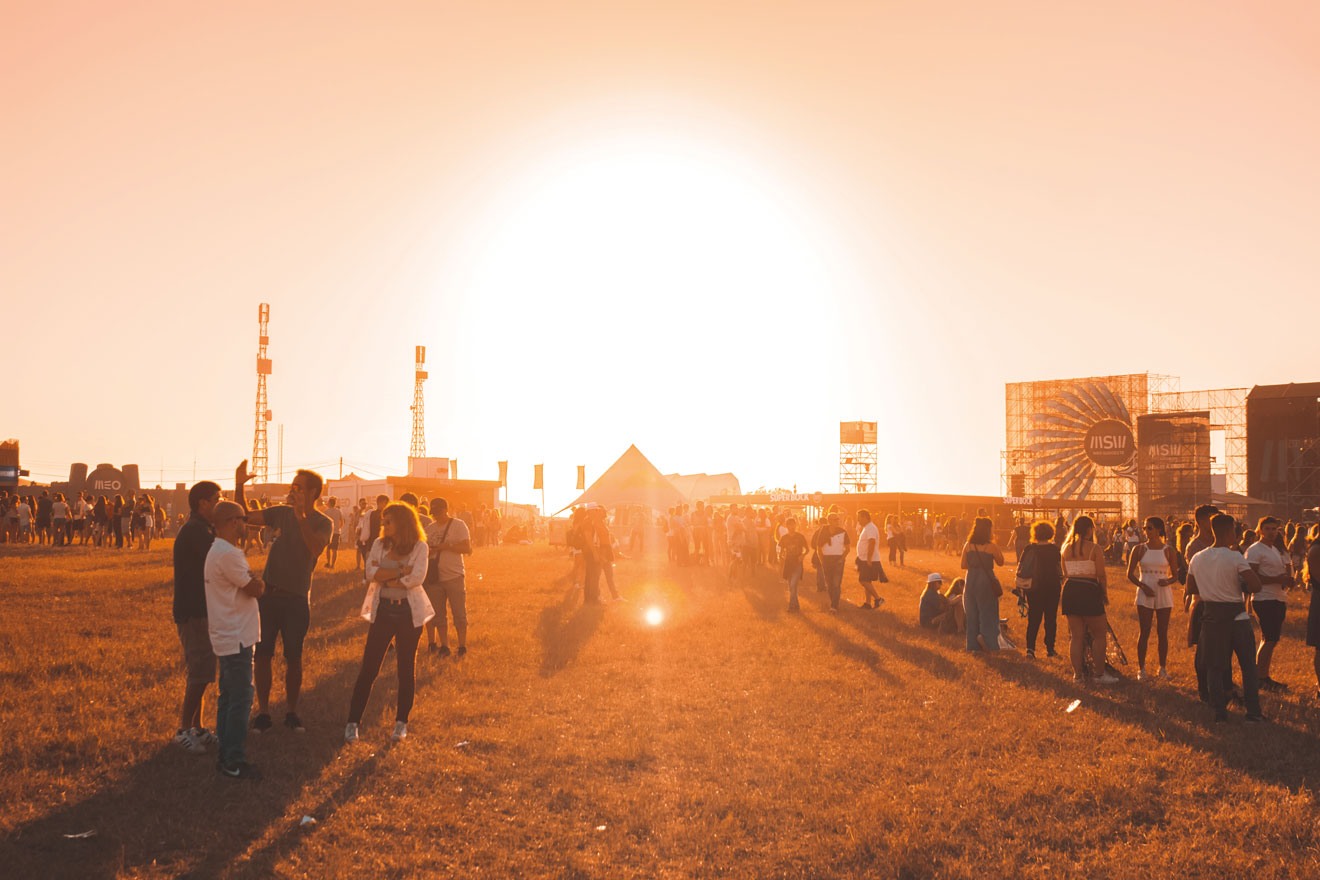 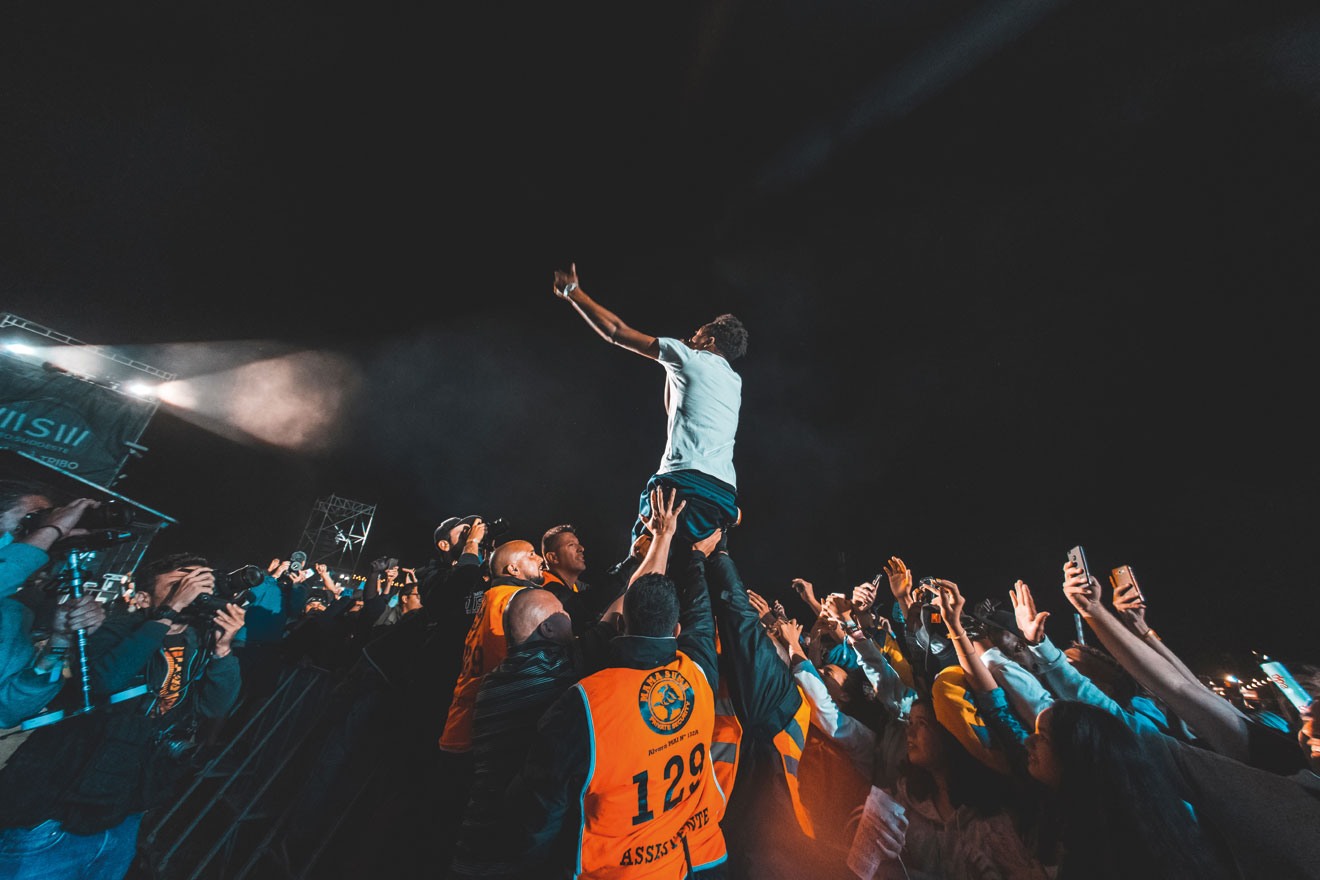 ‘Pump’s intoxicatingly hypnotic and ultra-simplistic flows are accompanied by overblown trap beats and psychotropic visuals of rotating pills and Gucci emblems as he explodes onto the main stage, delivering recent single ‘Drug Addicts’ and songs like ‘Molly’, ‘Gucci Gang’ and ‘D Rose’. Kitted out in a Gucci sweater embellished with multicoloured stars, Yeezy Boost 350s and jewellery with enough ice to reduce even Portugal’s average temperature, for a cool 20 minutes (accompanied throughout by a seething moshpit) he pushes the boundaries of excess in production and appearance with a slew of bass-boosted-punk-rap bangers. Beyond the colourful appearance and lavish visual/auditory productions, though, the lyrics are a sombre reminder of self-loathing from a subculture of self-made bedroom artists who often blow up overnight and often self-destruct just as quickly.

The next act, though, seems entirely unafflicted by such introspection. As Marshmello takes to the stage shortly after, he unleashes a totally different mode of expression. What layers there are here are all meta, with a 3D rendering of his bucket-headed character spiralling down Mario Kart’s Rainbow Road on the giant screen in a nod to Christopher Comstock’s conscious positioning of his Marshmello alias as almost more of a cartoon (or better, a meme) than a human. The music is undoubtedly formulaic, but the impeccably timed pyrotechnics at every big drop send the glow stick-wielding crowd into screams that not even the ear-rattling soundsystem can compete with. Remixes of ‘White Iverson’, ‘Congratulations’ by Post Malone and The Killers’ ‘Mr Brightside’ are particularly well received. Midway through, a member of the crowd turns to Mixmag and says, “Say what you want about EDM, but it actually goes off!”. We nod sheepishly. Well, what happens in Vegas…