“My neighbourhood was at the frontier of Comuna 13, and I remember how the helicopters came that day and started to shoot into a mountain of full houses.”

Julianna Cuervo will never forget October 16 2002, when heavily armed police and military besieged the most violent district of what was the world’s bloodiest metropolis. Operation Comuna 13 was an attempt to regain control from criminal forces that had been running the steep hillside district for decades.

Like most in Medellin, though, she’d rather focus on the positive ideas that are now pervading Colombia’s second city. That Narcos-hued, Netflix-romanticised past is old news; to call it rehabilitated is stretching it, but there’s been a transformation nonetheless.

A DJ, promoter and activist, Julianna is part of the 13-strong Move techno crew. In 2016 she also founded an all-female collective to push sounds and attitudes forward.

“I decided to unite with Marea and Andrea Arias to create Nótt. When we started, it was an idea to get a database of women doing things [in music] in Latin America. After that we built connections with those women,” says Cuervo. Feminism is new to the region, she explains, and few men or women took the trio seriously at first. 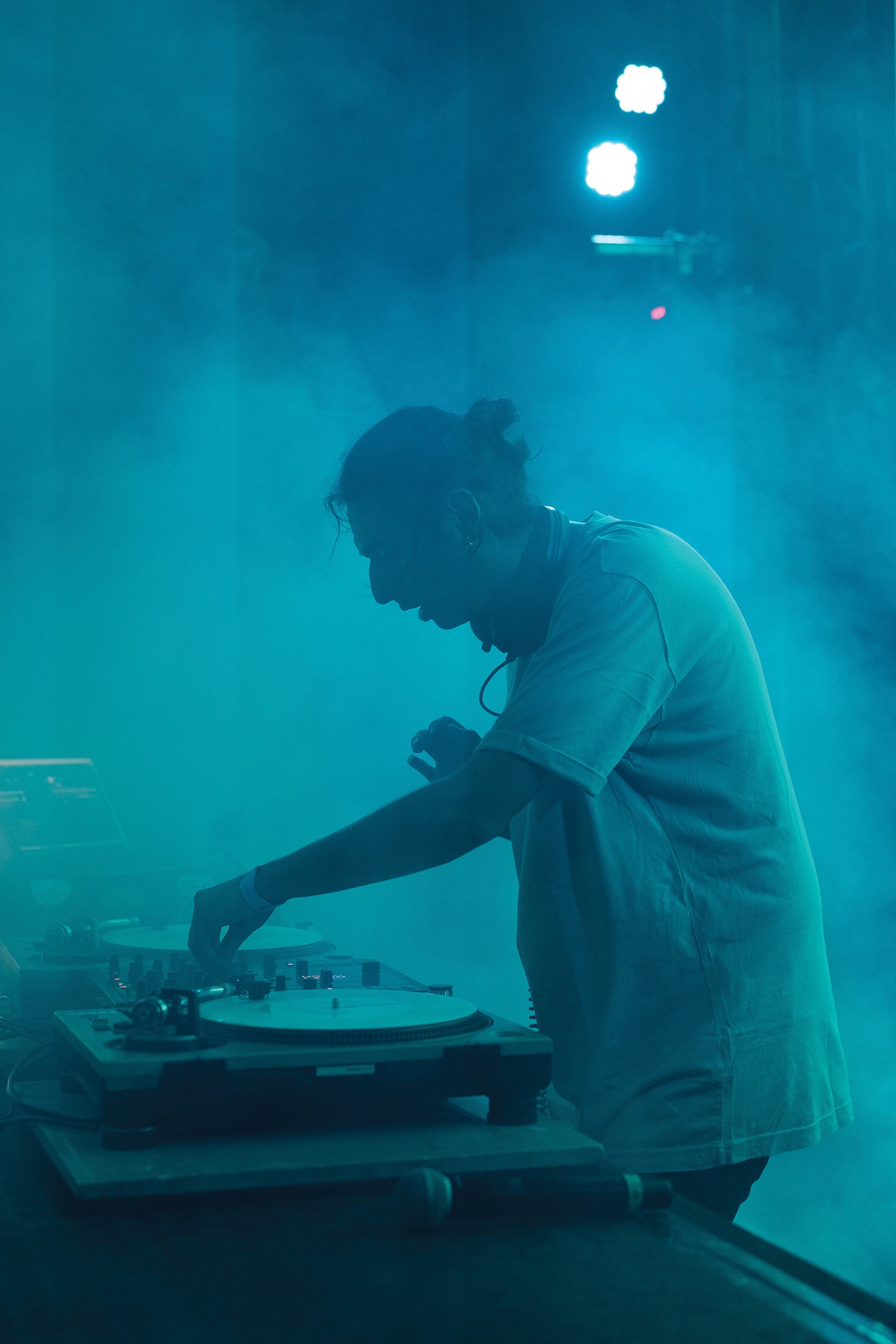 Respect is certainly there now. We meet on the third floor at the Selina hostel, in the bar and club-filled district El Poblado. Cuervo has just finished a panel on electronic music’s role in this corner of the world as part of SIMS: Selina International Music Summit.

The three-day event, comprising parties and talks, is dominated by urban rather than rave beats: smoked-out hip hop from Sr Pablo, booty-bass reggaeton by genre originator Playero. US and European dance music remains niche here, but nevertheless there is electronic history.

“In the nineties there was a movement, but it died. It was mainly a sound broken by the narcos. They used to travel to Miami and hear DJs, so people associated it with that,” Cuervo says, adding that early party experiences often felt unsafe due to their locations and the relationship between hedonism, substances– specifically cocaine– and organised crime. “Finally now people are creating things in a very different way.”

Evidence abounds on the album ‘Place: Colombia’. Released in June 2019, curated by Cuervo, it’s a melting-pot of productions, informed by hypnotic, indigenous-style rhythms, futuristic ambience and tough darkroom bangs, with many artists from this city.

It’s also socially motivated. Proceeds go to the non-profit Mutante, which provides platforms to discuss and publicise some of the country’s most challenging issues – for example sexual harassment – free from government interference that often impedes journalistic neutrality. “Twenty years ago it was hard to go out because there were mobsters at the clubs,” says Manolo Arango of Breakfast Club. The event company has helped shape contemporary Medellin nightlife since inception in 2011, hence a SIMS talk dedicated to its history. 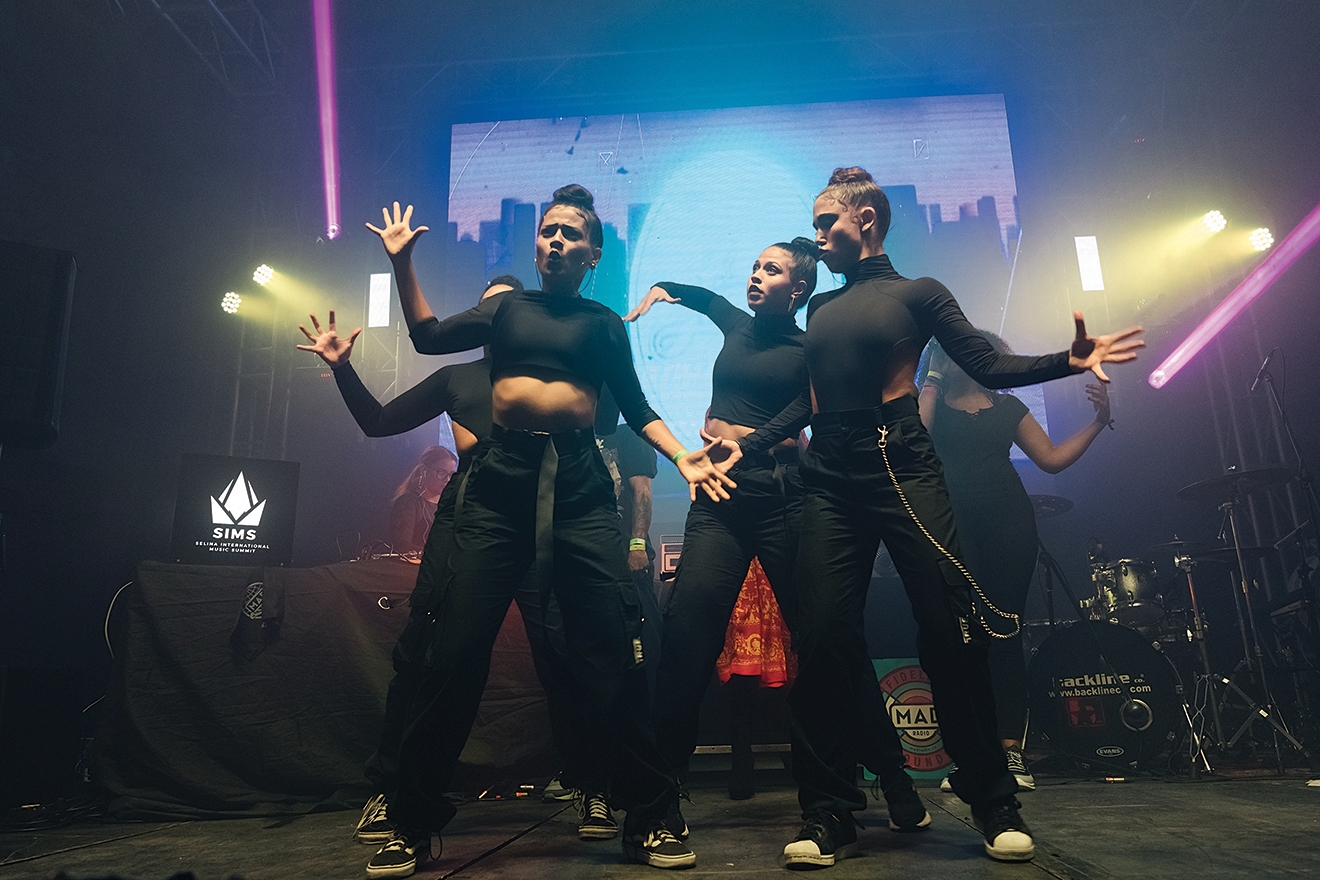 In 2013 they opened the Salon Amador club. Its speakeasy aesthetics and welcoming vibe have played host to the likes of Nick Warren and Four Tet. The team also run Bolivar, where tropical bass from Major Lazer drops headfirst into reggaeton, Medellin’s

first love. The emphasis on attracting a diverse crowd has actually helped protect it from the gangs. “When we started Breakfast Club we wanted to be inclusive. We knew that if we were inclusive of sexual difference and taste, race, religion, music, we would actually repel the gangsters,” he explains, before moving to the realities of running venues in a town in which criminals seldom make empty threats.

“In some areas they might charge owners a ‘vacuna’– a vaccine. That’s you giving money to be protected, but they are not really protecting you. Luckily, we don’t have to deal with that. We are not gangsters, we just like music and want to focus on getting the tech rider complete, the sound right,” he explains, “We are not worrying about ‘they are coming, where is the money’.

“It’s only as much of a problem [now] as it is in other parts of the world.”

Arango says offering other crews a stage is also important– Medellin’s four million population sounds huge, but its clubbing crowd is small. Unemployment is over eight per cent and wages are low, meaning most people have more pressing concerns than nightlife. As do policy-makers, so specialist creative endeavours rely on private passion.

“When you have an economy like we do, sometimes the basic needs aren’t met, so art and music are luxuries and getting funding becomes harder,” Daniel Oregon Gaviria tells us in MAD Radio’s upstairs production studio. 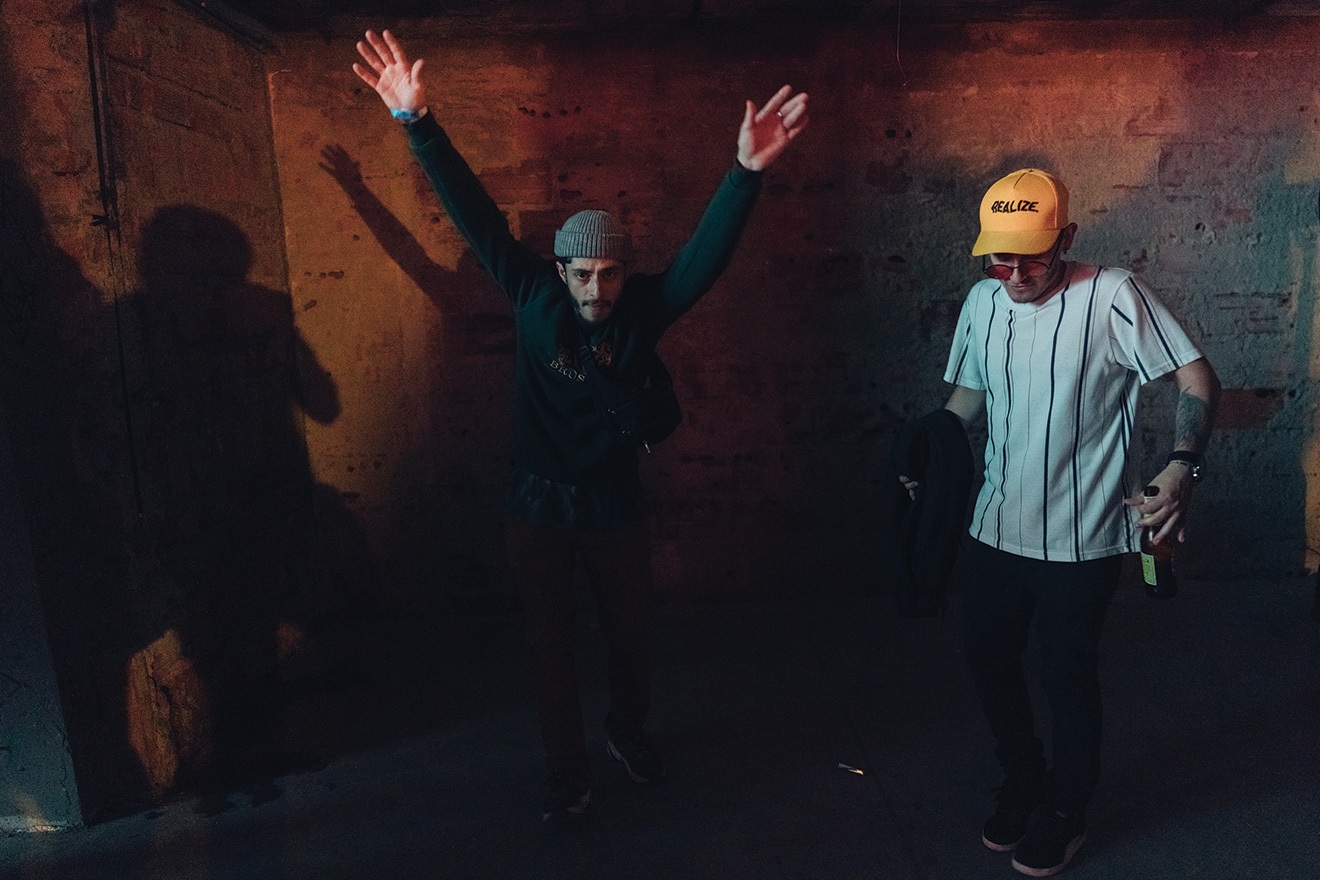 A station and soon-to-be label dedicated to emerging artists, its wood-clad bar and DJ booth below host free parties each weekend, with house and disco dominant. “The idea of the bar is to give us some income; without that it would be impossible,” Gaviria explains. It’s a very different place in which to dance compared to the sweaty, red-lit, bare-bricked and half-roofed Calle 9+1 (where we catch Chilean technoist Valesuchi’s crisp goodness), or MUTE in the industrial outskirts, or the intimate 1984 Club.

“You have to show you’re working for the community,” Gabriela Del Mar Carder Biardeau interjects. Her boyfriend, Leo Herrea, founded MAD to showcase Medellin’s deep talent pool, some of whom are performing at the organisation’s SIMS takeover. From post-punk to electro, if it’s worth an ear they’re in.

“People are getting to know us. Our reputation – that’s the first thing we worked towards,” she says, proud to be involved in every aspect of this focal point for the city’s music. “People even come who heard about MAD from friends who were travelling.”

There are plenty of those. International visitor numbers have been on the rise, mirroring Medellin’s safety record. Public art – particularly downtown and in Comuna 13 – has long been a big draw, as has nightlife. But now Medellin feels in the grip of a musical awakening that can elevate its party scene. Like us, then, the now-annual SIMS event picked a good time to arrive.

Bogota nights: Colombia's after-hours scene is anarchic, cultural melting pot
Brega funk is the music of Recife that's taking over Brazil
Mexico City's EXT party is inclusive, innovative and inexpensive
Get the best of Mixmag direct to your Facebook DMs