Up a narrow staircase in Bogota is a tiny bar called Cafetín de Buenos Aires. Its walls are covered with concert posters, old photographs and record covers, and there is a scattering of people, old and young, sitting at tables all around the edge of the room. Two elderly couples are dancing in the middle of the floor and there are stacks of vinyl on shelves next to the bar.


“This is our usual spot to start a night out,” Mansvr enthuses. “Peak time here is about 4pm on a Wednesday afternoon. The place is rammed with old couples dancing tango.”

Mansvr is a Colombian house and techno DJ who specialises in sluggy, heady electronica and forms part of a 25-strong collective that owns Video Club, a 600 capacity venue that has, since it opened last year, played host to international DJs including Legowelt and Hessle Audio co-founder Ben UFO. As we order drinks the barman puts on a Latin record with a twinkling vibraphone intro and several people who were drinking at the tables get up to dance.

“This tune is great,” Mansvr says, jabbing his finger along with the conga rhythm as he speaks. “Joe Cuba’s ‘Mujer Divina’ – it’s a boogaloo classic.” 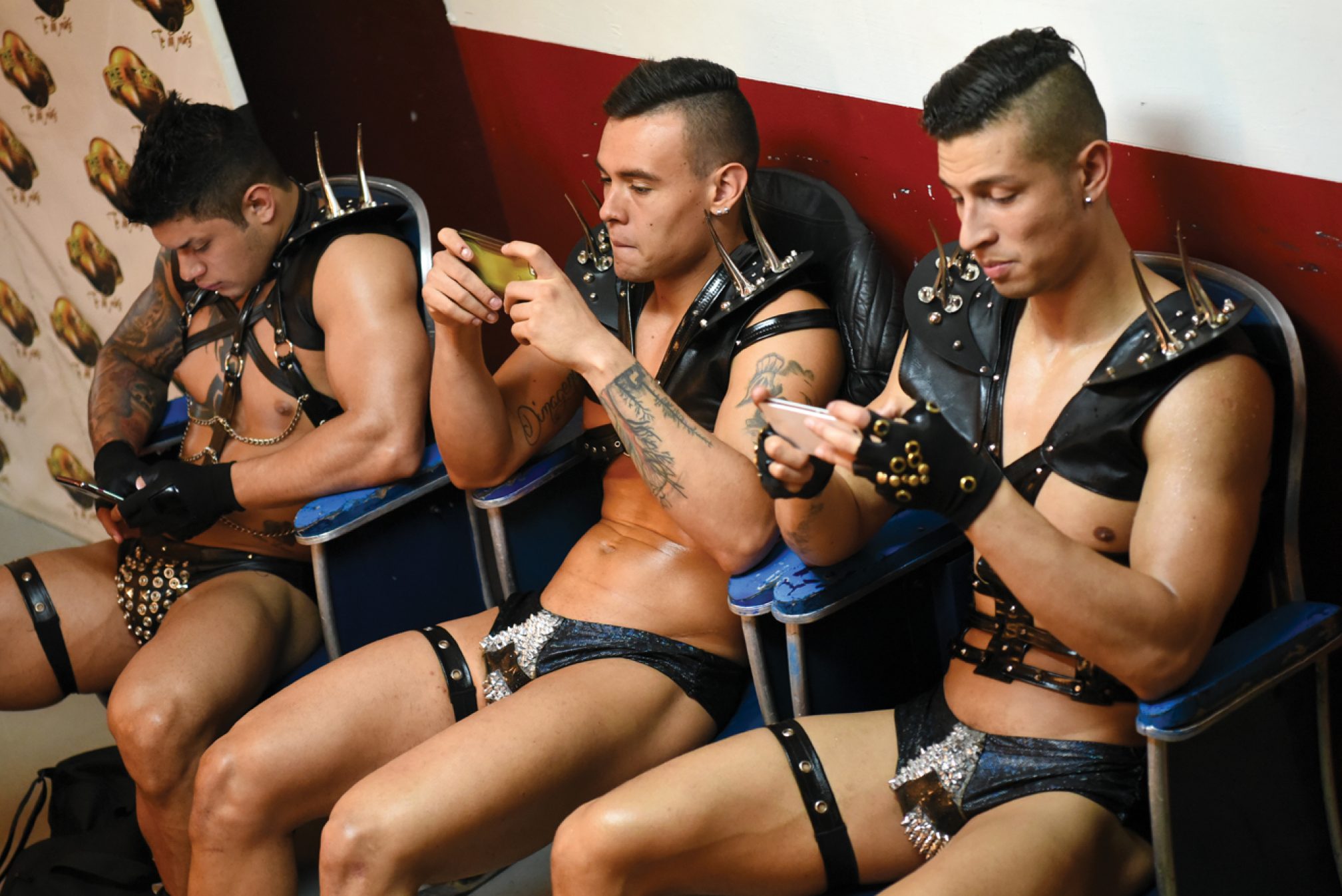 Cafetín de Buenos Aires is just one of an incongruous cluster of businesses that sit near Video Club. Next door is Dark Club, a gay BDSM bar. On the other side is a small heavy metal venue. Across the road is one of Bogota’s ubiquitous reggaeton nightclubs. Fifteen minutes away by car is Bogota’s so-called “tolerance zone” where men smoke a local version of crack, known as ‘bazuko’, in the street and soldiers in uniform dive in and out of brothels staffed by teenage prostitutes – all in plain sight of police who patrol the area in pairs wearing hi-vis jackets. A short walk to the east is the foot of Monserrate, a mountain where devout Christians crawl on their hands and knees up pilgrim trails to the Shrine of The Fallen Lord.

“Bogota is a city of contrasts and extremes,” Mansvr says, bobbing his head to ‘Mujer Divina’ as we watch the couples weave around the tiny bar. “People from everywhere end up here. Some are displaced by fighting in the countryside; some come from the Pacific or Caribbean coast to try and get rich. Some come from the US or Europe. Everyone brings something from their own culture and it all gets mashed up at parties right here in the middle of the country.”


The tension between these influences can be heard in clubs all over the city, from the shadowy techno cave of Baum to the 7,000-capacity, hyper-hedonistic LGBT Disneyworld that is Theatron, a labyrinthine venue where transsexual Rihanna impersonators perform next to rooms of strippers and thundering hard dance soundsystems, which in turn exist alongside areas for salsa and reggaeton. 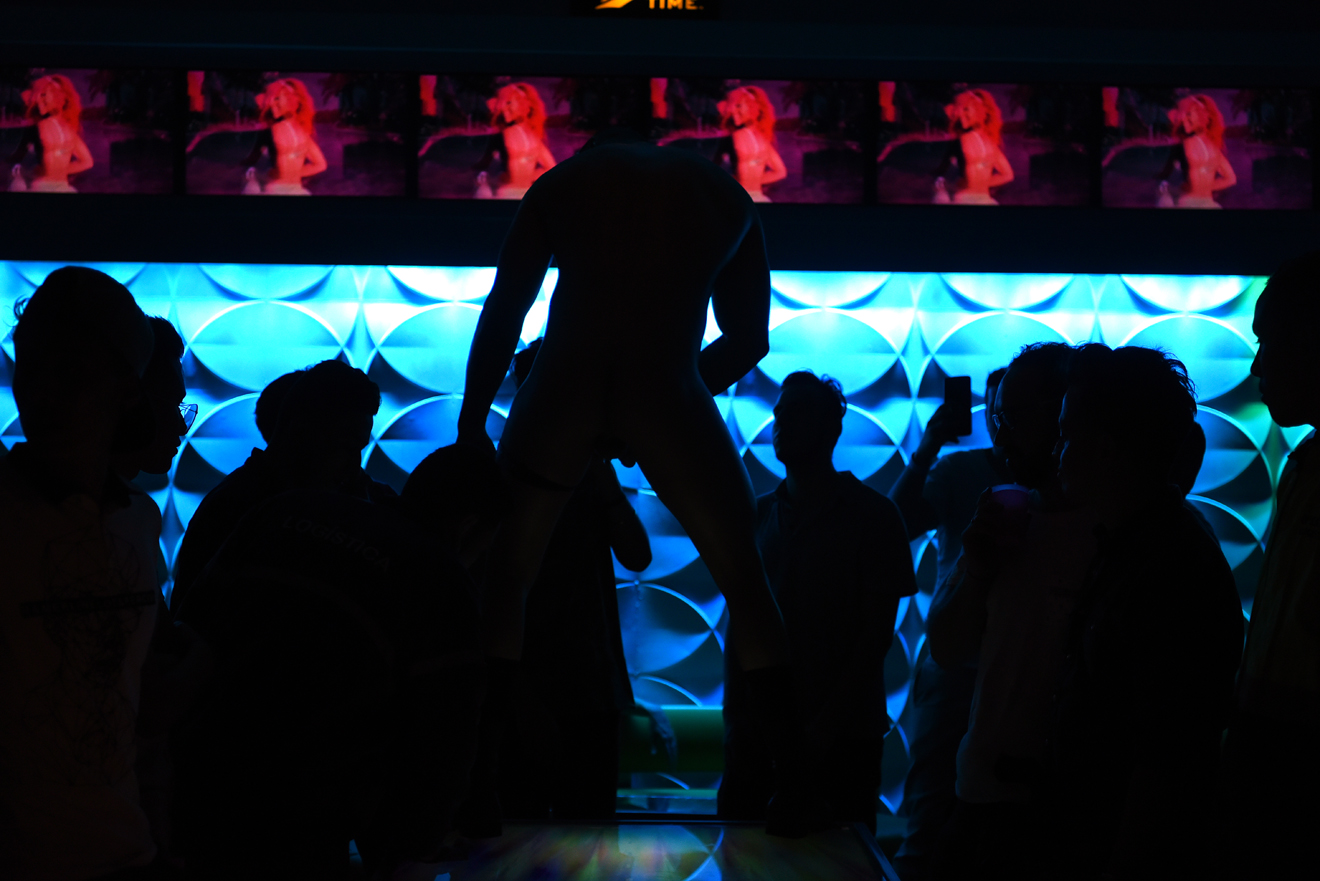 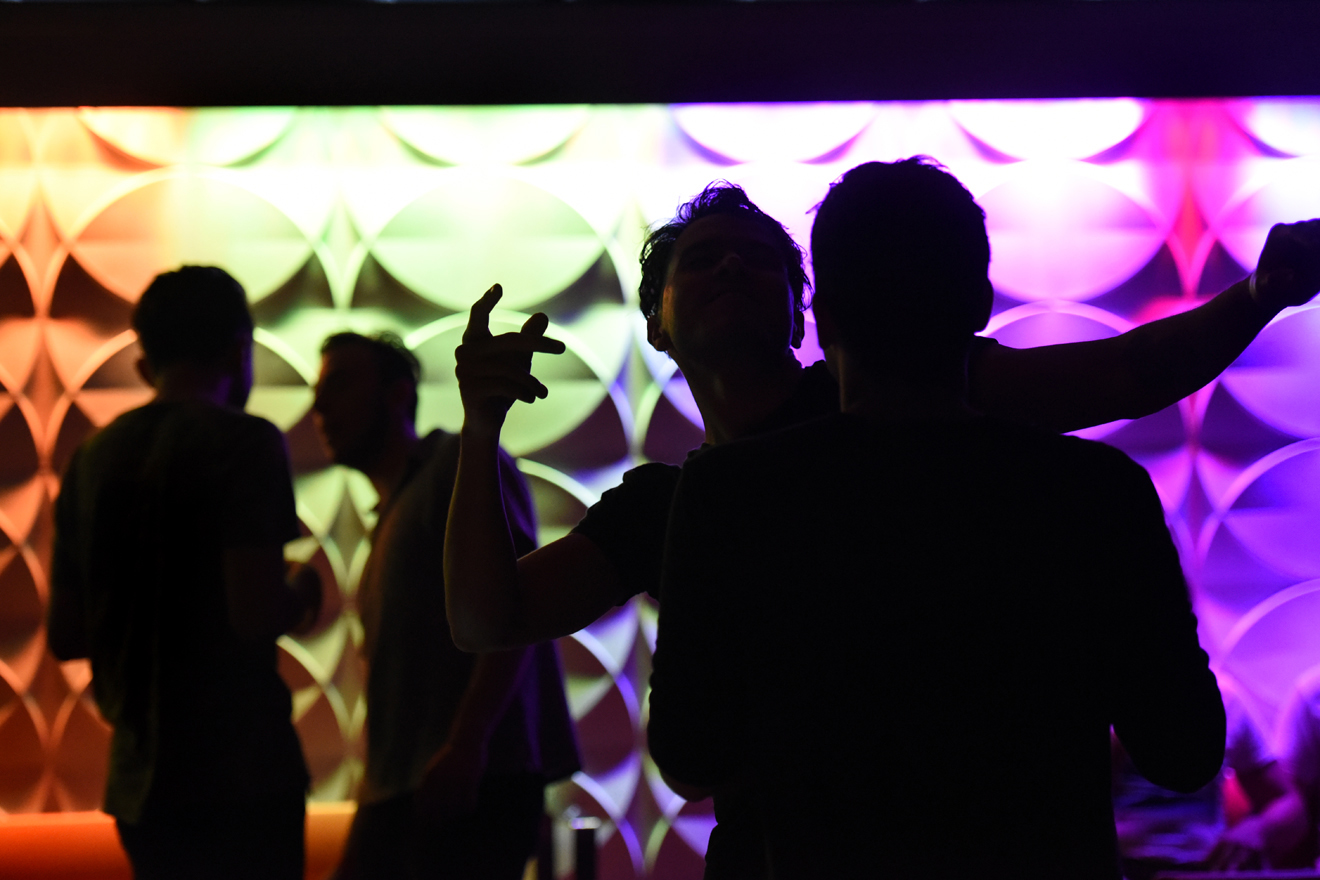 On the night Mixmag visits Video Club, regular Julio Victoria is preparing for a European tour that includes sets at Concrete in Paris and Music Box in Lisbon with a hypnotic set of deep and minimal house for a packed dancefloor.

Downstairs the sound of gunshots and sirens echo across the dancefloor as BClip, a DJ from Colombia’s Caribbean coast, mixes Latin and African genres like salsa, cumbia and soukous with newer electronic Colombian champeta sounds, as well as relentlessly playing live low-fi drum sounds on a Casio SK-5 over the top of the old records.

BClip’s home city of Barranquilla is home to one of the biggest carnivals in the world. Dozens of huge, brightly coloured soundsystems known as picós are wheeled out to blast Afro-Caribbean sounds and earth-trembling bass every February when thousands of revellers fill the city’s streets. “Since I came to Bogota in 2009 my sound has changed,” he says. “When it comes to what I’m producing there’s more bass and there’s more distortion. Like a post-apocalyptic picó sound clash.”

The electronic genres that BClip champions have been the subject of censorship – champeta was banned in the Colombian municipality of Malambo, where authorities said it incited violence.

“In the past in Barranquilla it was normal for gang members from bad neighbourhoods to bring guns to parties,” says BClip. “A lot of venues don’t want this music played, but over the years there’s been a mentality shift in Bogota. People are becoming more open minded.” 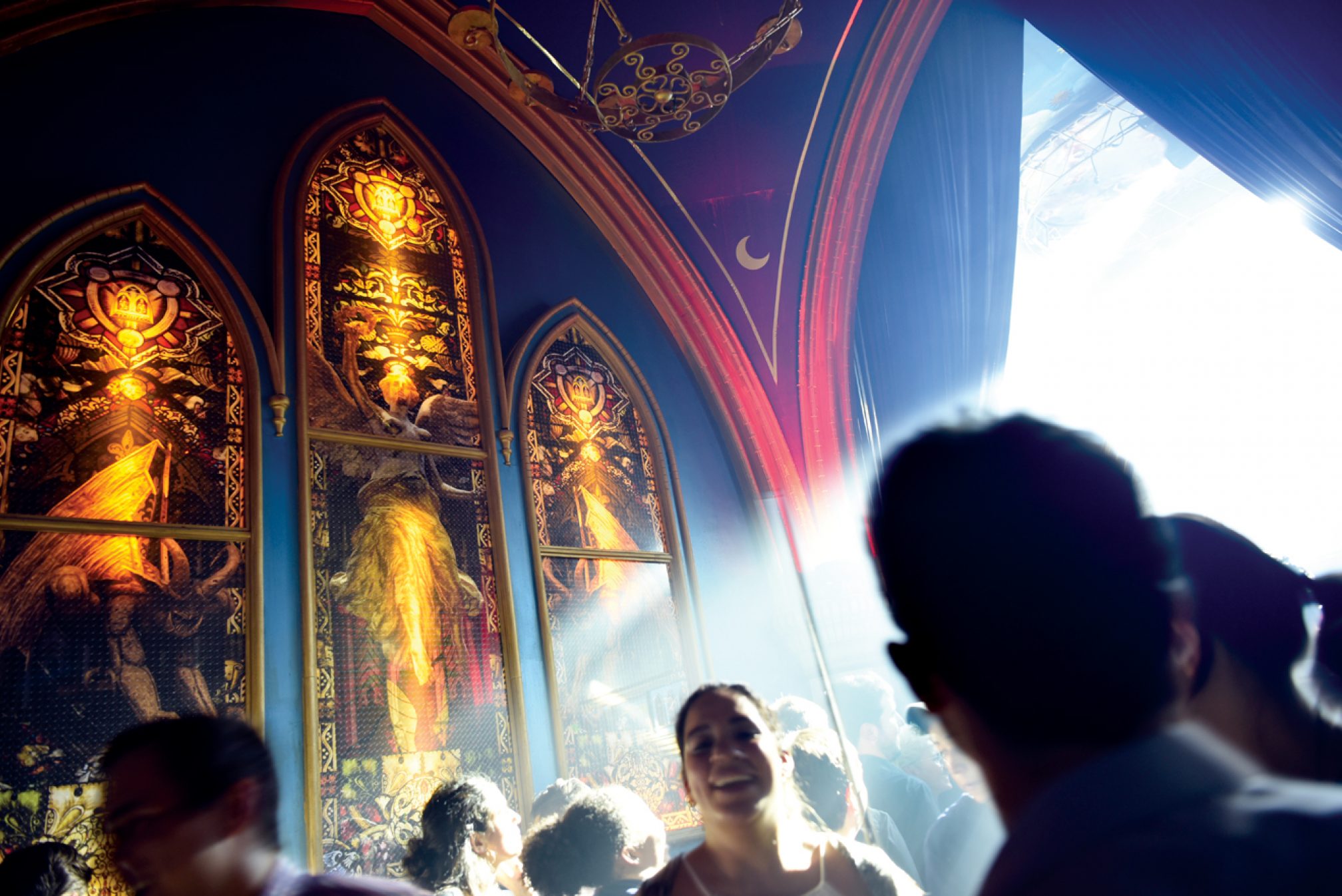 Before Video Club opened in 2016 Mansvr spent three years putting on unlicensed parties in a crumbling squat with Saga Uno, a member of the Mexican-Colombian graffiti collective Animal Poder Cultura. “We called them Bollo Room parties, which roughly translates as ‘Turd Room’ – it was a pun on the whole Boiler Room concept because the building was falling apart,” says Mansvr. “Saga Uno was a massive hip hop head and I was deep into electronica so at the beginning we started putting on these parties that were fifty-fifty – half electronica, half rap.” At the time, the revival of traditional Colombian folk styles was gaining pace. The profile of Colombian crate-digging archivist DJs like Mario Galeano was rising and the scene was getting more interest from figures like the Tru Thoughts DJ and producer Quantic, who moved to Colombia in 2007. “In the end our Bollo Room parties started to have a bit of everything,” says Mansvr. “Calypso, cumbia, champeta, old-school reggaeton, salsa, techno. Because of the variety of music and the location the parties attracted both rich kids and guys from the ghettos – a real mix. It was a unique dynamic at the time.”

Since the late 90s a range of Bogota-based producers and electronic live acts have fed upon the rich mish-mash of musical influences that can be found in the city and used it to create new sounds. These include underground acts like the dubbed-out tropical space explorers Cero39, as well as groups like Bomba Estereo, Choc Quib Town and Systema Solar who all combined musical influences from Colombia’s regions with elements from Western electronic genres and went on to find mainstream success in Latin America. 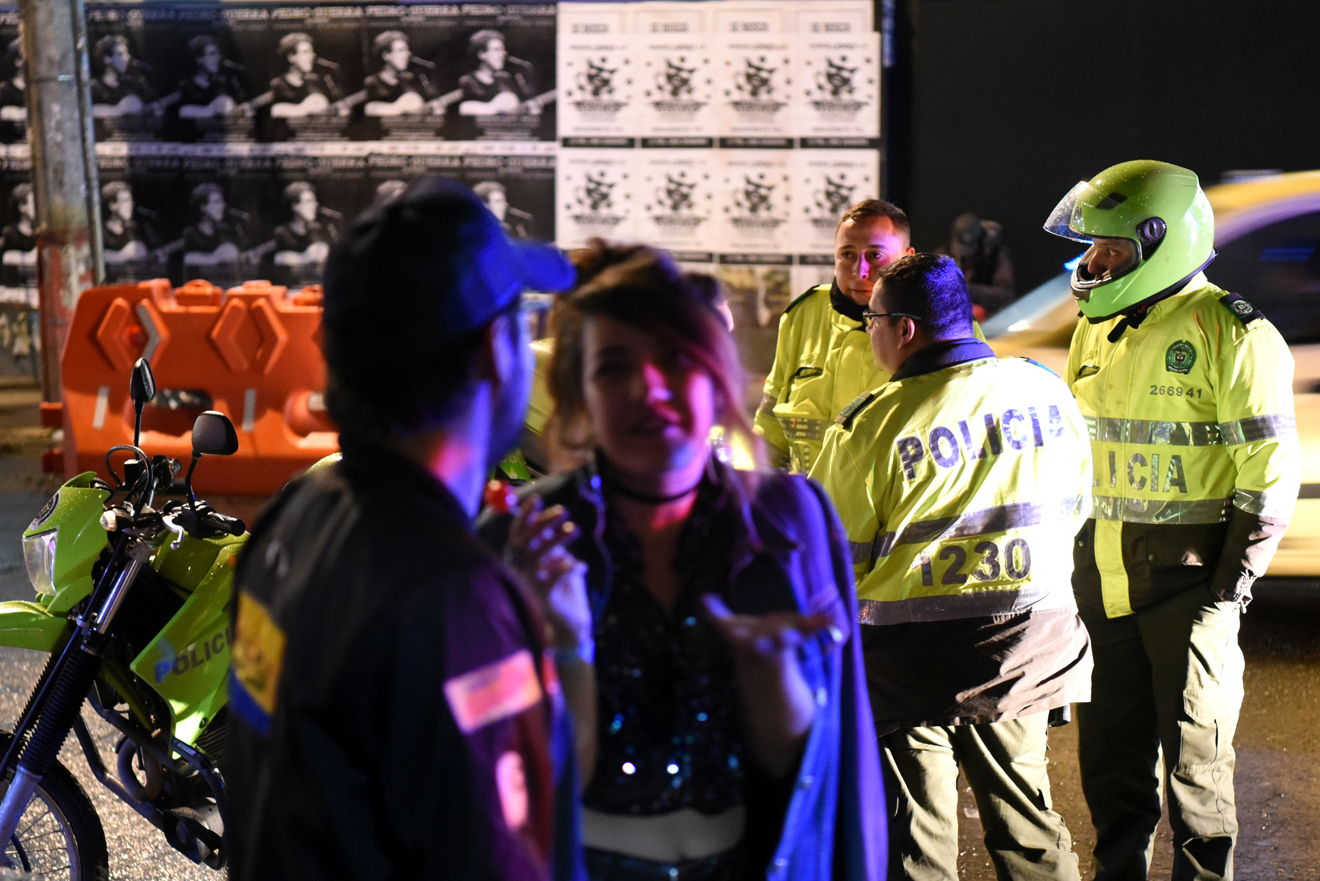 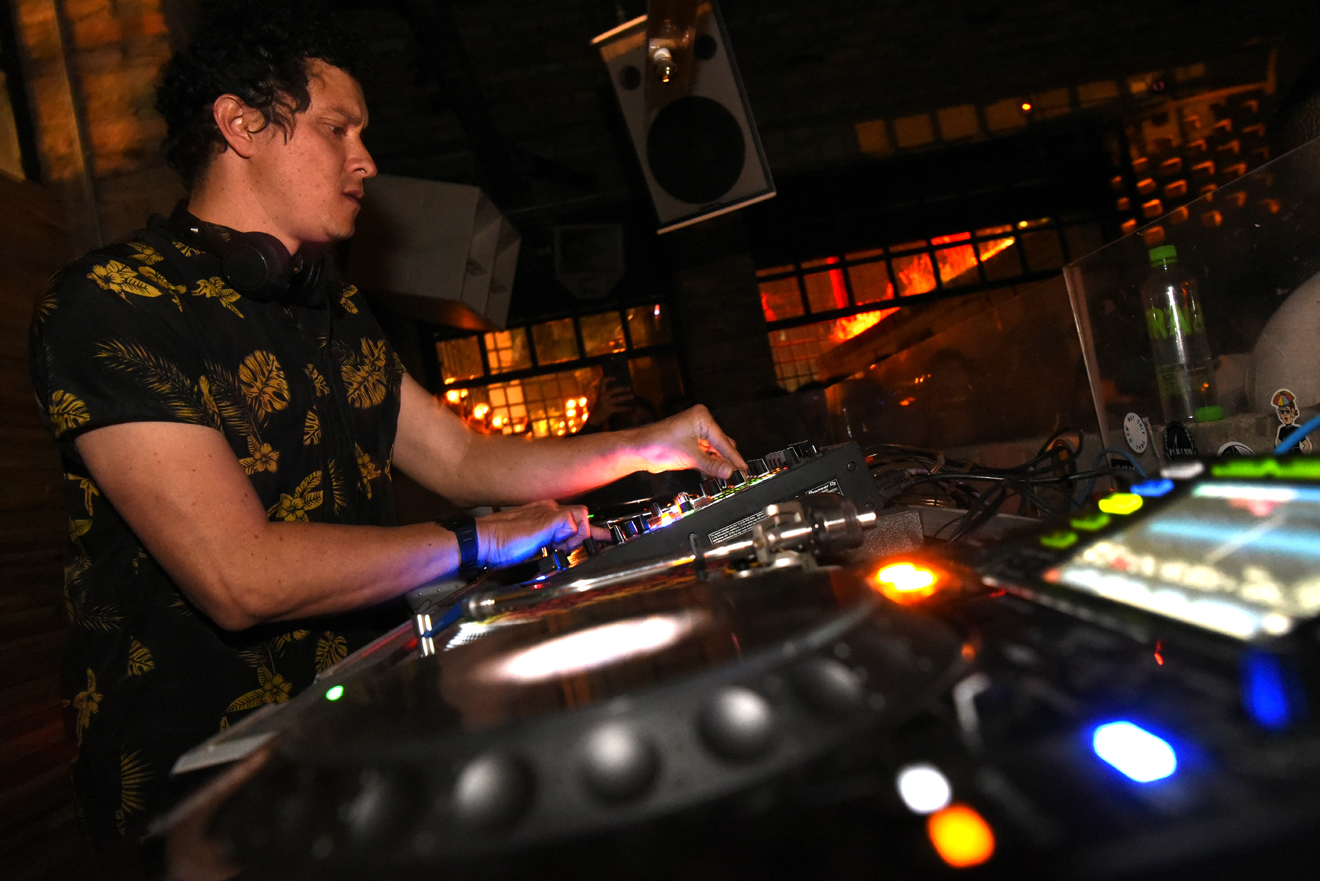 Bending over an MPC 1000 in Fantismo, a recording studio in down-town Bogota, Dani Boom, who’s been a force of constant experimentation and progression in Bogota’s underground electronic music scene for the last two decades, is intensely pounding buttons and twiddling knobs between conducting his band members with dramatic arm movements and shouting commands over a booming bassline.

Dani’s newly expanded band, El Leopardo, is coming to the end of a marathon eight-hour rehearsal session ahead of a performance in Miami later in the week. “Even when I was purely DJing techno I knew I wanted to combine electronic music with classic Colombian sounds at some point – but it was hard to make that leap when no-one else was doing it,” says Dani Boom as he hands out beers in the small yard of Fantismo after the rehearsal.

From the late 90s, Dani was at the forefront of the local techno scene, then in 2006 he dabbled with mainstream success after forming Systema Solar with some champeta musicians from Barranquilla. He then went on to found the grassroots Colombian electronic music festival Bogotrax, which is credited by many as turbo-charging Bogota’s underground electronic scene. Like many other Bogota producers Dani Boom cites the British producer and sound engineer Richard Blair, who founded the band Sidestepper in Bogota in 1996, as a game-changer. “He came over and started making electronic music using local musicians and local styles. For the first time there were vinyl records that were truly Colombian and I could use them in a techno set. He inspired a lot of people. When it came to electronic music, we had a colonised mentality,” says Dani. “We put a huge value on imported sounds – but, in many ways, we didn’t fully recognise the value of our own musical culture.”

In its latest incarnation, El Leopardo sees a wide range of instruments thrown into the mix including a drum kit, congas, maracas, an electric bass guitar, an MPC 1000 and a 70s Yamaha CS-5 plugged into a giant bass amp. “It’s a live techno band with Latin percussion,” says Dani. “It could sound like a weird concept, and maybe to some people it sounds like something that shouldn’t work – but the truth is that Latin music and techno have a lot in common.”

El Leopardo bass player Daniel Michel nods while taking a sip of his beer. “Salsa has a very hypnotic and repetitive element to it – especially the basslines,” he says. “Usually it’s just a few notes repeated over and over. Sometimes we take a classic salsa bassline and slap it straight on a techno track.” 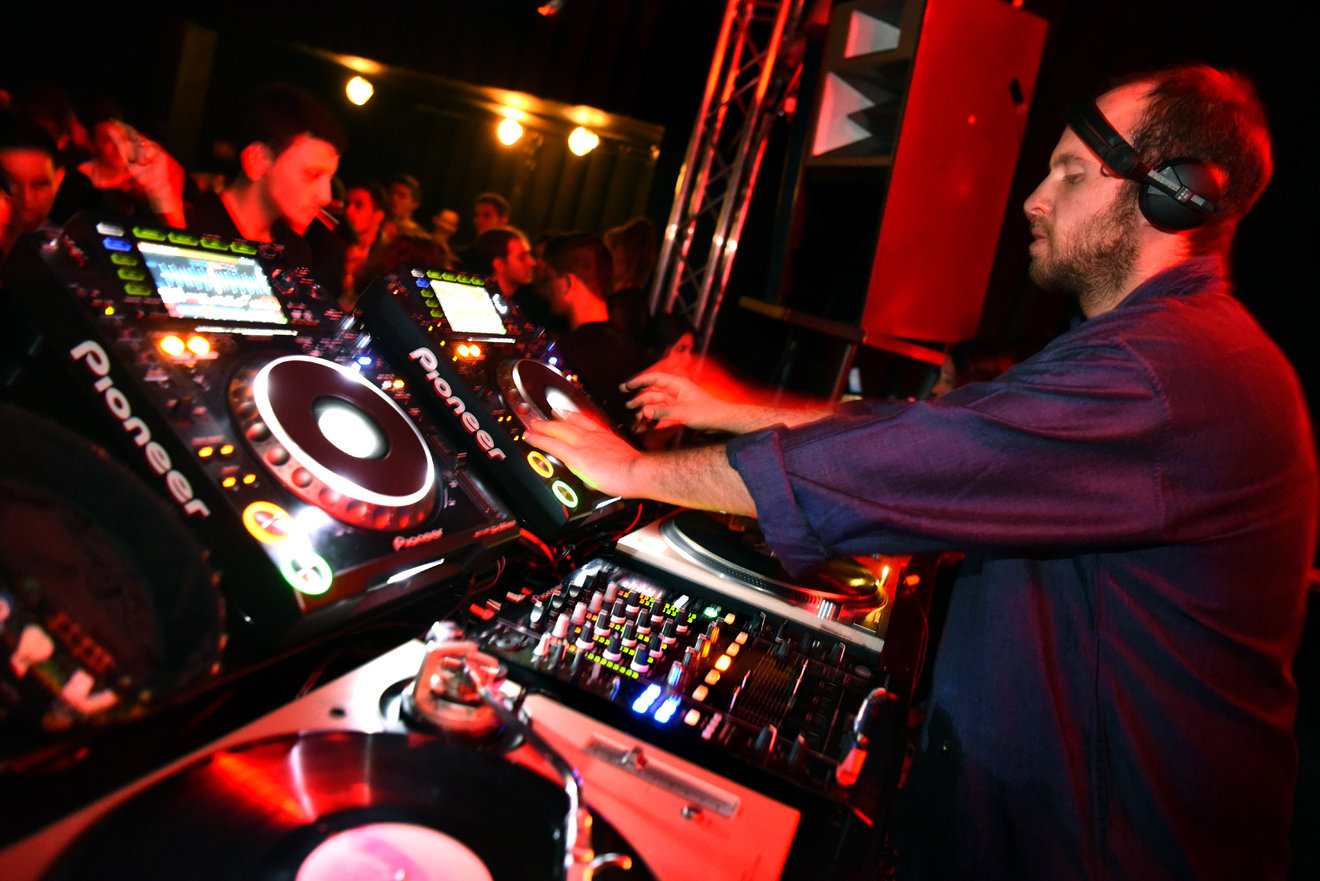 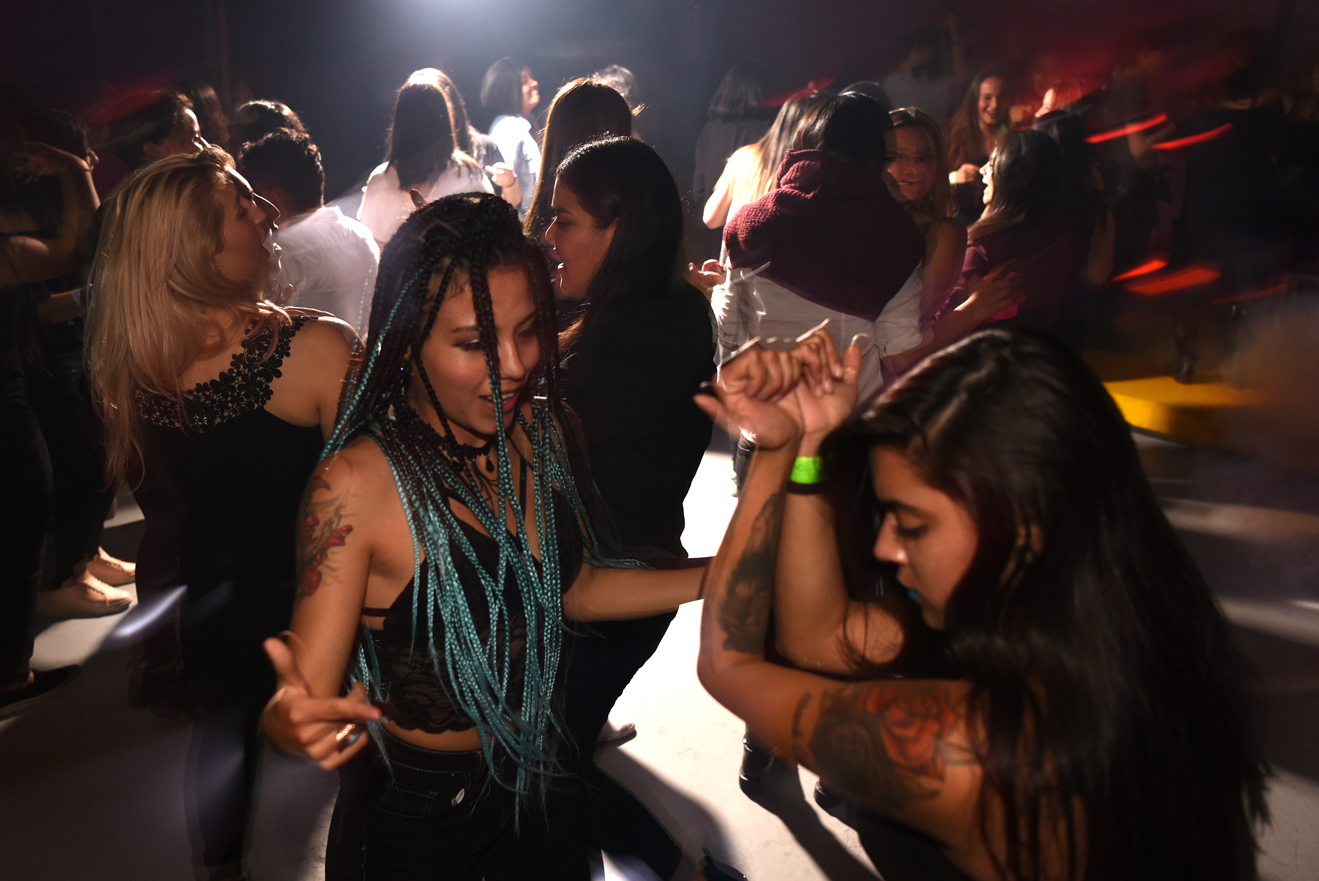 Standing next to the bar upstairs in Video Club as 5am approaches and Julio Victoria winds down his set with the warm bass tones and relentless synth stabbing of Christopher Rau’s 'Weird Alps', Mansvr contemplates the changes he’s seen in the city since he first started to organise unlicensed parties in 2012. “I’ve travelled around a lot and I used to live in Miami, but there’s something special about Bogota right now,” he says.

“It’s so hedonistic and the music scene has got so much depth and variety – there is a sense that, when it comes to partying and musical progression, there just aren’t any rules left.”

The truth of this comes home to us the next day, as we walk away from Video Club in the early morning sun, muted techno thudding from a parked taxi and the sound of cumbia and reggaeton still spilling out of nearby doorways.