A science park isn’t normally where you’d go to find underground dance music in Hong Kong, but tonight it’s the place to be. Sónar is in town and a cross-section of the city’s talents are playing here, spread across different stages. In the campus centerpiece (a glass box atrium with a multi-storey copper orb balanced awkwardly above it) Mean Gurls Club holds sway, representing their particular brand of free-spirited dance party. DJ Mengzy is on stage, video chatting on her phone with her mom and the whole crowd is waving hello to back at her. In between performing rap songs, special guest Shimica takes shots of whiskey while chatting up the crowd. Subez Yeti, the mastermind of the whole scene, handles the decks.

Repeatedly ranked as the world’s most expensive city, with an uncertain political climate since reunification with the Chinese mainland, Hong Kong is a tough town in which to pursue anything that isn’t decidedly commercial. The city’s underground scenes bounce precariously from one venue to another, hoping to stay afloat and at least break even. But for the past two years, Mean Gurls Club has been a reliable monthly party for punters looking to get their dance on. The roving event features a rotating cast of performers and DJs who are given the freedom to play what they like. Occasionally the events will be thematic, like an all-Cantonese rap party or emo rock night for someone’s birthday, but you can usually expect to hear a variety of music and see lots of new faces in the crowd. Subez tends to keep her music facing towards the rap side of things, while Mengzy usually focuses on British-oriented bass music, and the guests are an eclectic mix of the best local talent. 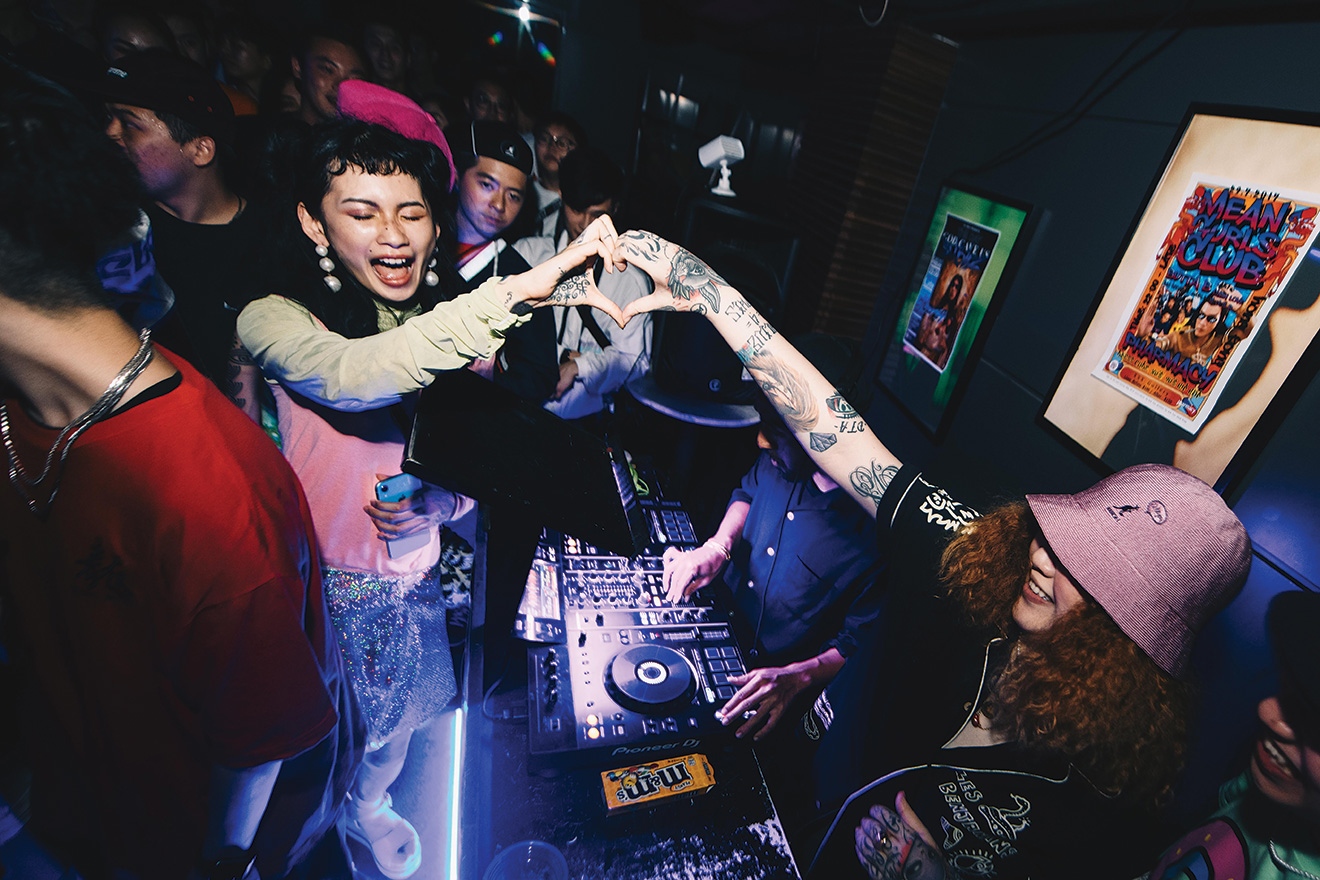 Subez was born and raised in Hong Kong and introduced to music through skateboarding. “I started skating at, like, ten, and my first job was at a skate shop, where we’d sit around and freestyle,” she tells Mixmag. “When I was around fourteen we started going to the big underground raves that were common back then and just get fucked up. I used an older friend’s ID but she looked nothing like me, I have no idea how it worked!” After spending a few months in Berlin and London, she learned to DJ and brought it home with her, DJing at a bar where her best friend worked. It was that friend who suggested the idea to start an all-girl party.

Mean Gurls isn’t explicitly political; Subez says she just loves to see girls on stage. “I think the scene is so small that it’s very inclusive, and I haven’t experienced much sexism. It might even be an advantage being female.” In keeping with the ‘no rules’ ethos they seem to embody, she often invites boys to perform. “I’ve had parties where I’m the only girl performing. We’re all human.”

“You still get comments, though,” Mengzy adds. “I once had a guy tell me that it’s great to see a sexy girl on stage rather than an ugly guy, and it’s like, ‘Is that all you took away?’ I wish more people just came to the party and closed their eyes and listened to the music.” 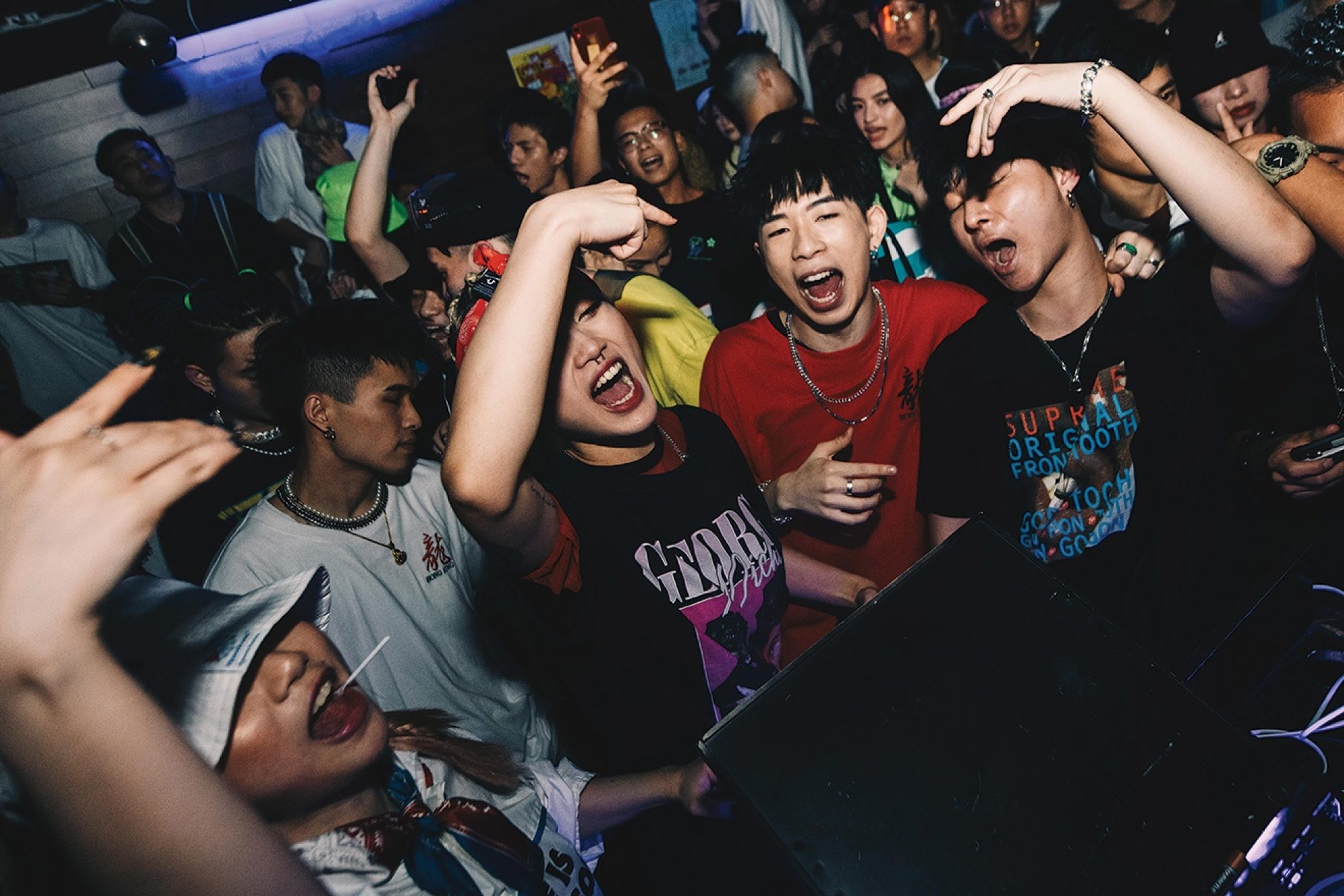 These days, Subez throws Mean Gurls at different spots nearly every month. One place they often returned to was Gecko, a jazz lounge by day (unfortunately, it shut down during the writing of this story). “I always wonder what the old jazz crowd think of all us weird kids showing up for a dance party when they’re leaving,” Mengzy laughs. “But the venue encourages us to do what we like, and even offers cheaper drinks for the kids. Our crowd isn’t exactly bankers.”

Low-priced drinks and cover charges are important for the Mean Gurls audience, which they estimate to be around 60 per cent local. But it’s not always clear-cut between foreigners and locals in Hong Kong. There are a lot of American-born Chinese who return here as adults, Eurasians like Mengzy, kids who lived here until they were 10 and left but have now come back, and foreigners who were born and raised here. “There are so many [types of people],” Mengzy emphasises; she came here at 18 to do a degree and never left. Now she’s doing her PhD on electronic music in Hong Kong. 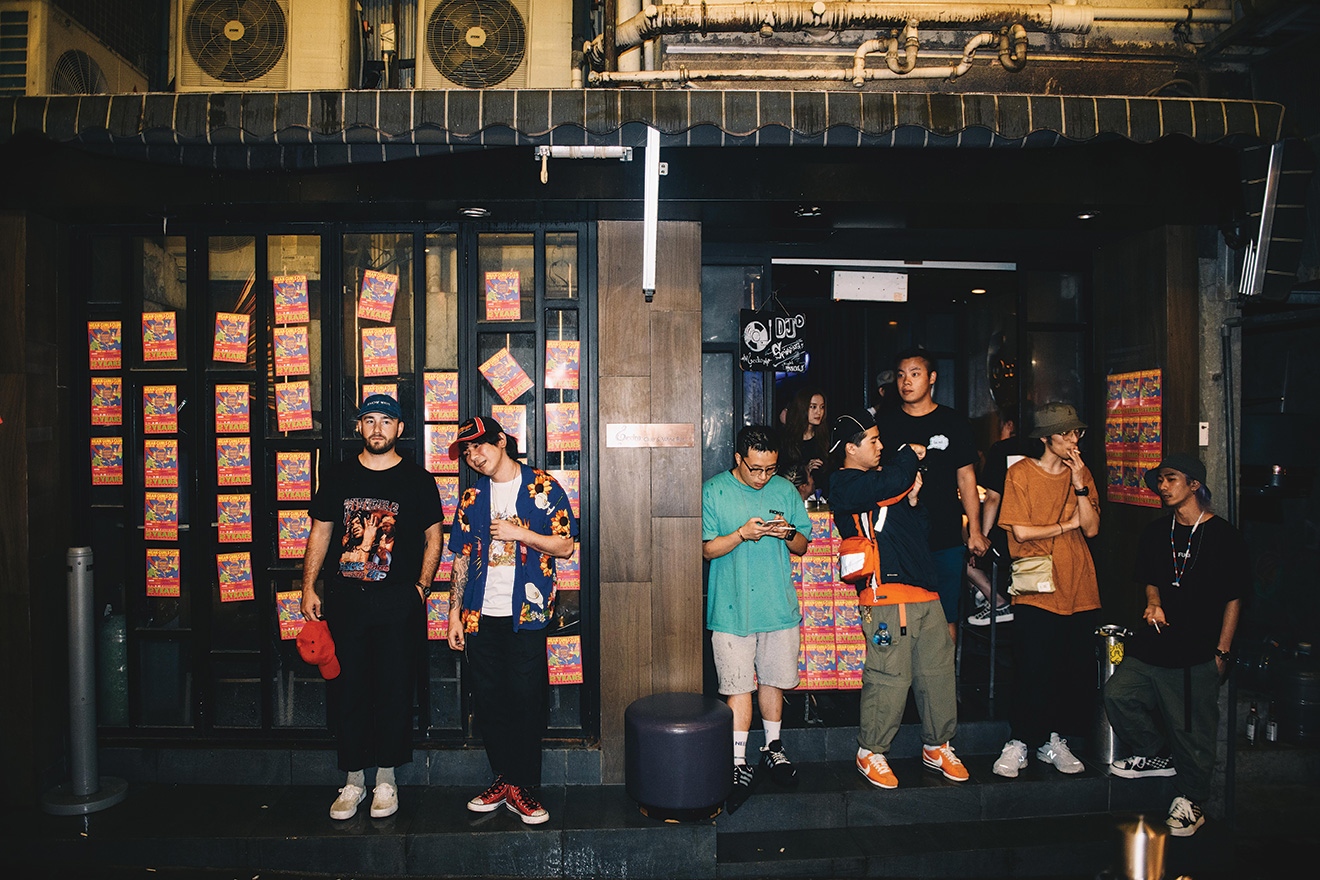 Another venue they like is MIHN, which doesn’t even have a bar and instead serves mixed drinks through a vending machine. There are also lockers instead of a coat check. “The idea is to focus on the music,” explains Mengzy with a gleam in her eye. “But it’s mainly a techno and house spot, so we’re trying to infiltrate them!”

Unfortunately, their last party was shut down over noise complaints due to the people outside smoking. “We made it until three in the morning,” Subez says, “but we could have gone on until six.”

As Sónar starts to wind down, we jump in a taxi to an afterparty that Mengzy is performing at in nearby Fo Tan, an area with lots of manufacturing space. The streets are empty and quiet, but as soon as we exit the lift on the 14th floor of the warehouse, music shudders the corridor’s walls. In the end, it doesn’t really matter where the party is, it just matters where Mean Gurls are. And word has spread: Subez has taken Mean Gurls on tour, playing in Seoul, Manila, Singapore, and Japan. “Even people who don’t follow music closely know who Subez is,” says Mengzy. “Mean Gurls parties attract a lot of people, even if it’s at a hole in the wall.”