In Tokyo, niche music scenes exist in the most unassuming of places. Clubs like Aoyama Tunnel reside on motorway underpasses, or behind a heavy metal door like Bonobo in a suburb of Shibuya; haunts for outsider electronic music played to outsiders every weekend.

For a long time, these places were forced to remain hidden. Until 2016, Japanese nightlife had to adhere to the widely despised fueiho or ‘no dancing’ law that prohibited any type of body movement after midnight. Listening bars filled the void, small lounges playing rare groove records on crystal clear soundsystems, but this uniquely Japanese phenomenon is more suited to whisky drinking after-workers than 6:AM clubbers.

Read this next: Japan's anime club scene is about more than just cosplay and cartoons

Since early 2018, club night Tokyo LoveHotels has been a haven for the city’s skaters, neo-ravers with a 1990s hacker fashion aesthetic, and obscenely cool Tokyo kids. “In Japanese society, clubbing has never had a good connotation,” says co-founder Robin Rastenberger. “Tokyo is a great city, but it’s always lacked underground youth culture,” adds LoveHotels partner Kalin Lawrence. “But now, people are perhaps opening up to the concept that it isn’t something necessarily negative, but socially encouraging and enjoyable.” 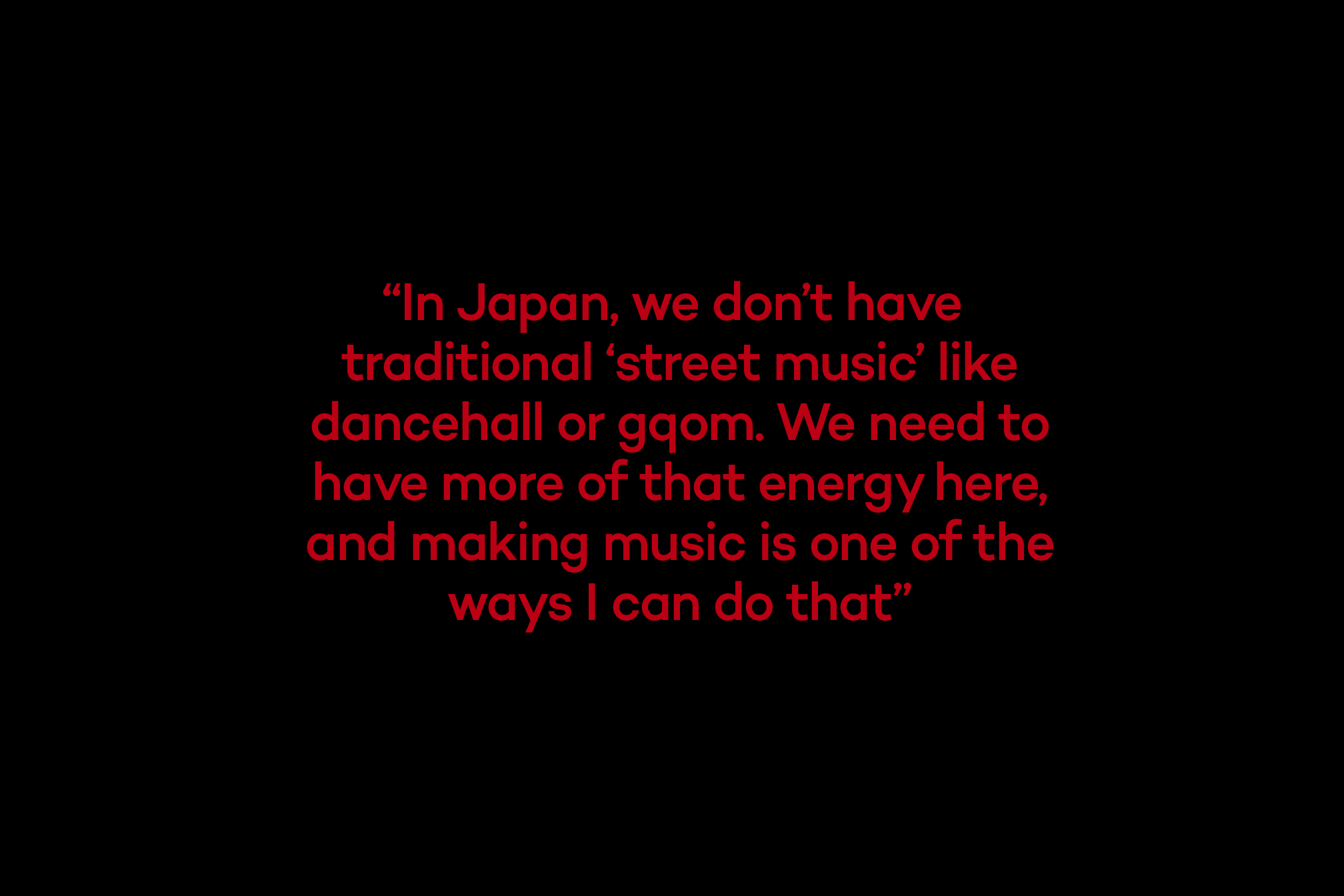 As this liberalised form of Japanese nightlife continues to evolve, a more eclectic breed of producer is being ushered in along with it. Lil Mofo plays garbled jungle and rave at neck-snapping speed, and with latest release ‘Strange Energy’ from Greeen Linez the Diskotopia label pays homage to the satin-chic citypop days of 1980s Japan. But for Mars89, aka Masayoshi Anotani, inspiration comes from beyond his home island, spanning South African gqom and Jamaican digi-dub to granulated, industrial new wave.

Born in the bay town of Kobe, Anotani first garnered attention in 2016 through a chance meeting with Miles Opland, founder of the distorted dancehall label Bokeh Versions. While performing in Tokyo (and flogging records to afford dinner every night), Opland was given a copy of Anotani’s self-released debut EP-cum-zine ‘East End Chaos’. Opland was immediately taken in by its chaotic riddims, or “post-everything cyborg sonics you can actually move to,” as he now describes the mash of genres he was hearing.

“I thought to myself, ‘I don’t know if this fits with what we’re doing right now, but fuck, I wanna help shout about this music’,” recalls Opland – and shout about it he did. In 2017, Bokeh Versions released Mars89’s ‘Lucid Dream’ EP, the reimagined score to a 1970s Italian horror B-movie that never was. ‘End Of The Death’ came in 2018, five tracks of industrial ragga that sounds like Throbbing Gristle in a dancehall clash against a Norwegian death metal band. It even found a fan in Thom Yorke, who played the lead track on his recent BBC Radio 3 Late Junction session. Meanwhile, the Tek 9-sampling ‘TX-55’ on Amy Becker’s Acrylic Records imprint will introduce his vision of warped club music to fresh ears. We caught up with Mars89 after his astonishing set at the Tokyo edition of BUDX. 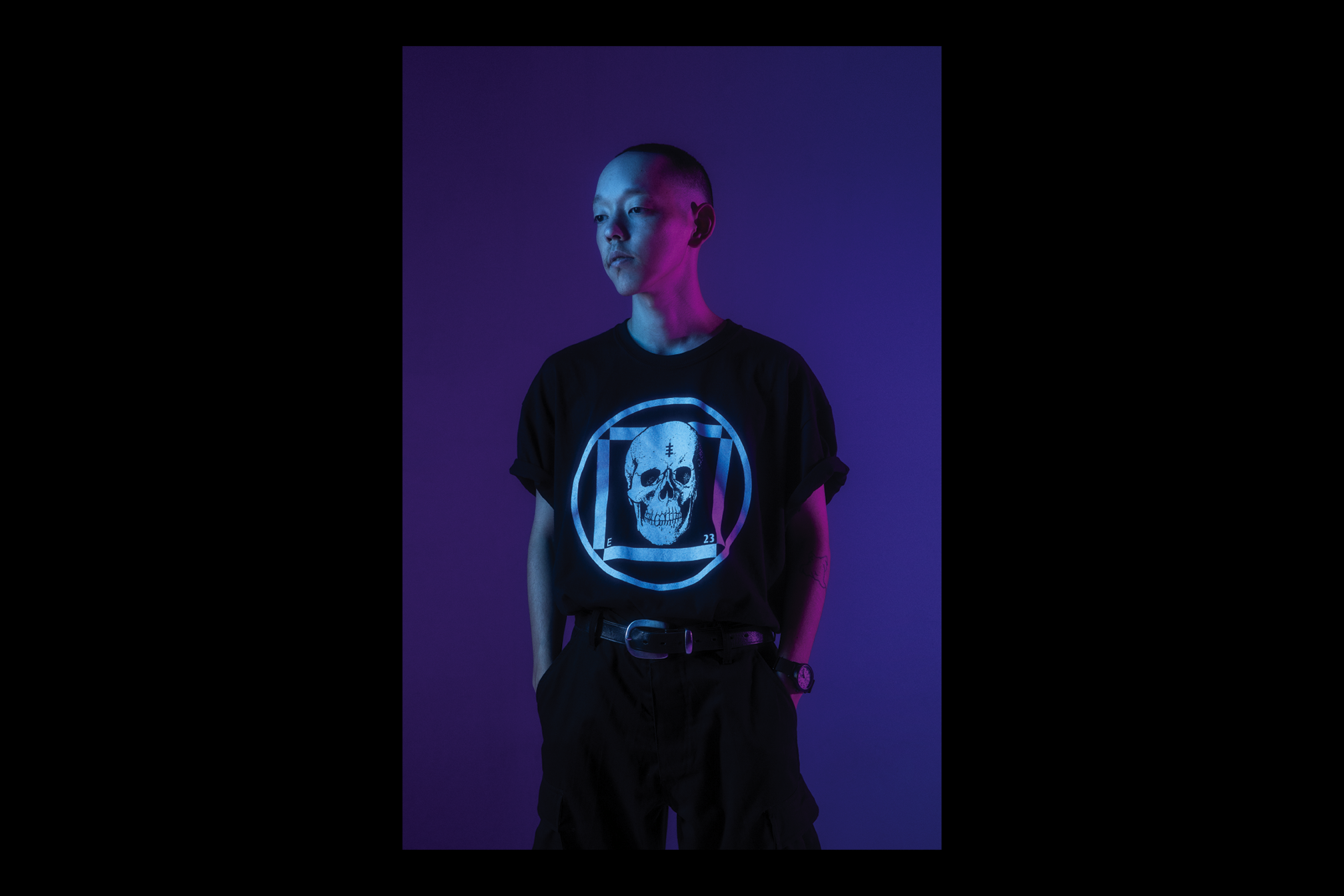 How were you first introduced to music?

“I’ve loved music since I was very young – but I also loved sci-fi, which showed me a different view of the world. My favourites were films like The Matrix and Gattaca, though when I was around four years old I watched [Japanese anime] Akira and I remember being so shocked! The visual and story elements were very different from other movies for children. As for DJing, I started at around 18. I went to a party, a house and techno night somewhere in my home town, and one DJ was so bad that I thought I could do better. I moved to Tokyo that same year.”

What sort of music were you playing at the time?

“It was around 2008 or 2009 and DJMujava’s ‘Township Funk’ had just been released – I was very into that. I was listening to French new wave and the Maison Kitsuné compilations, but discovering dubstep and artists like The Bug was a big moment for me. From there, I began digging for more music from the UK. Massive Attack, Burial, Skream, Leftfield, that kind of stuff.”

Was there an appetite for that type of music in Tokyo at the time?

“The music nerds always reacted well to it, but at that time there wasn’t a big club scene in Tokyo. There still isn’t a big scene for what I do today, but it is growing. Even so, I don’t care about genre, I’m just playing my favourite tracks.”

How did those early influences – sci-fi, dubstep, South African dance music, anime – and this genreless mentality come together on your debut EP ‘East End Chaos’?

“I want my music to be an alternative soundtrack to a sci-fi movie or graphic novel, almost like I’m creating an alternate world. For ‘East End Chaos’ I remember visiting a photography exhibition about 1980s–1990s Hong Kong. Those photographs inspired me, and I tried to make a soundtrack for them. I began by drawing my vision of what Hong Kong was like at that time, watching old movies set there and researching photos of the inner cities. After creating a story for that city I began sampling sounds I found in films, vinyl, YouTube and Netflix.” 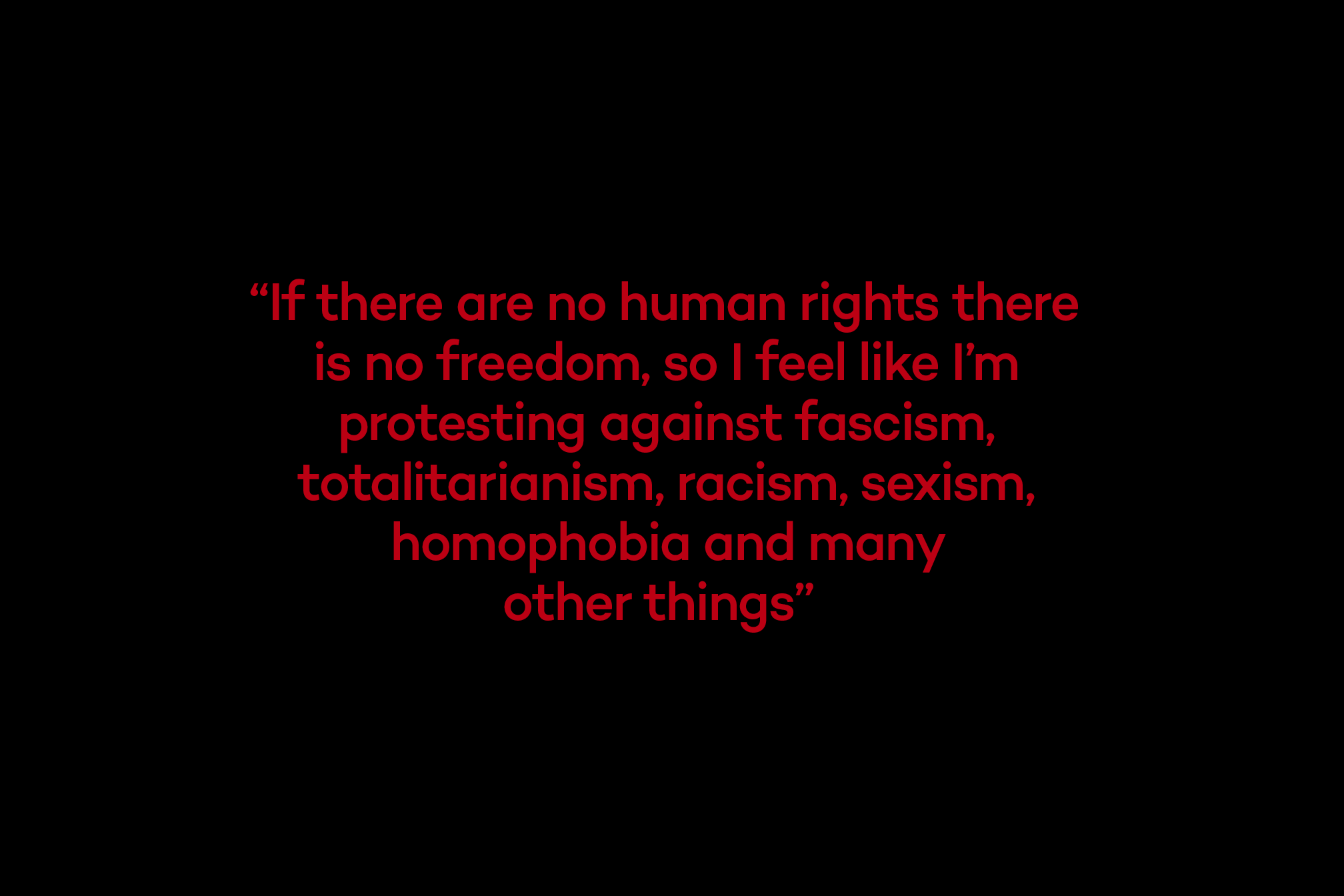 You also pull from much more disparate, perhaps unlikely genres: Jamaican dub and reggae, gqom, grime and industrial new wave. It’s not something that can be easily imagined, but it makes sense when it comes through the speakers. What appeals to you about these grassroot forms of underground music?

“I was a DJ before I started making tracks, and as digging for new music was a daily routine for me, creating tracks from these global influences came quite naturally. I really respect UK music culture, and UK music culture has always imported many styles of music from across the world to create something different. In Japan, we don’t have traditional ‘street music’ like dancehall or gqom. We need to have more of that energy here, and making music is one of the ways I can do that.”

Are there others in Tokyo who share this ethos with you?

“There aren’t many people who share in my type of music specifically, but I see my music as being similar to punk or reggae in terms of attitude. Today, we have many political problems in Japan, so people want to feel some freedom in dance music.”

“Growing up, I was always listening to hip hop, punk, jazz and dub. Within dance music, Paradise Garage and Berlin’s Love Parade were born as shelters for minorities and the underprivileged. These are the stories of rebels, so dance music is political to me. If there are no human rights there is no freedom, so I feel like I’m protesting against fascism, totalitarianism, racism, sexism, homophobia and many other things. I want to give people the energy to fight with my music, so I don’t see myself as simply a DJ or a record producer. I’m creating rebel music.”