From 50s Americana to 90s B-Boys, no-one puts subcultures through the blender quite like the Japanese. So when we heard there was a grime scene bubbling in the land of the rising sun, we were more than a little intrigued.

Dating all the way back to 2003, when UK grime was in its first imperial phase, the scene originated in Osaka when a group of MCs and DJs already enthralled by the sounds of UK garage came across Roll Deep’s
‘Rules And Regulations’ mixtape.

A small scene bubbled away in Japan through the 2000s led by the likes of MC Dekishi, MC Duff and the late MC Tacquilacci. But as grime has returned to the forefront once again in the UK, a revitalised scene has sprung up in the Tokyo region of Shibuya.

Below are the Japanese producers and MCs leading the way. 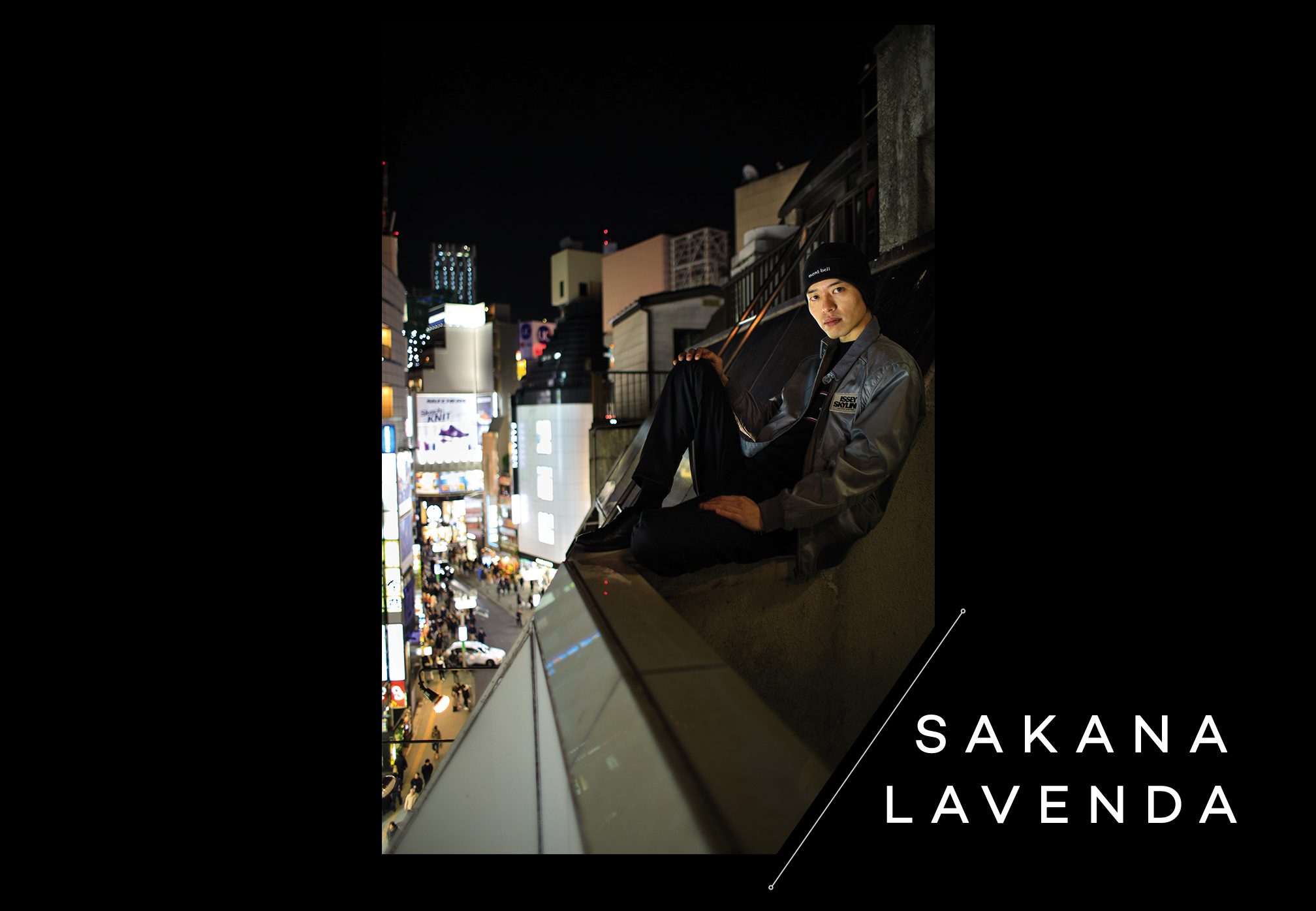 You might say discovering a Royal-T mixtape changed Sakana’s life. “I was into Japanese hip hop, d’n’b and dubstep initially,” he tells us. “But I heard a Royal-T recording in 2012 live from Cable, and five months later I travelled to London to go to the club.” Soon after, he made the switch to playing exclusively grime in his DJ sets, and has won plenty of fans playing events such as the Japanese edition of Outlook Festival. But his main aim is to bring his current and former worlds together. “In Japan, a lot of the hip hop people mock grime MCs and call them ‘tongue twisters’,” he says. “But I want to break the boundaries and bring those rappers into our world. We need more charismatic MCs in Japanese grime, like President T or Big Narstie.” 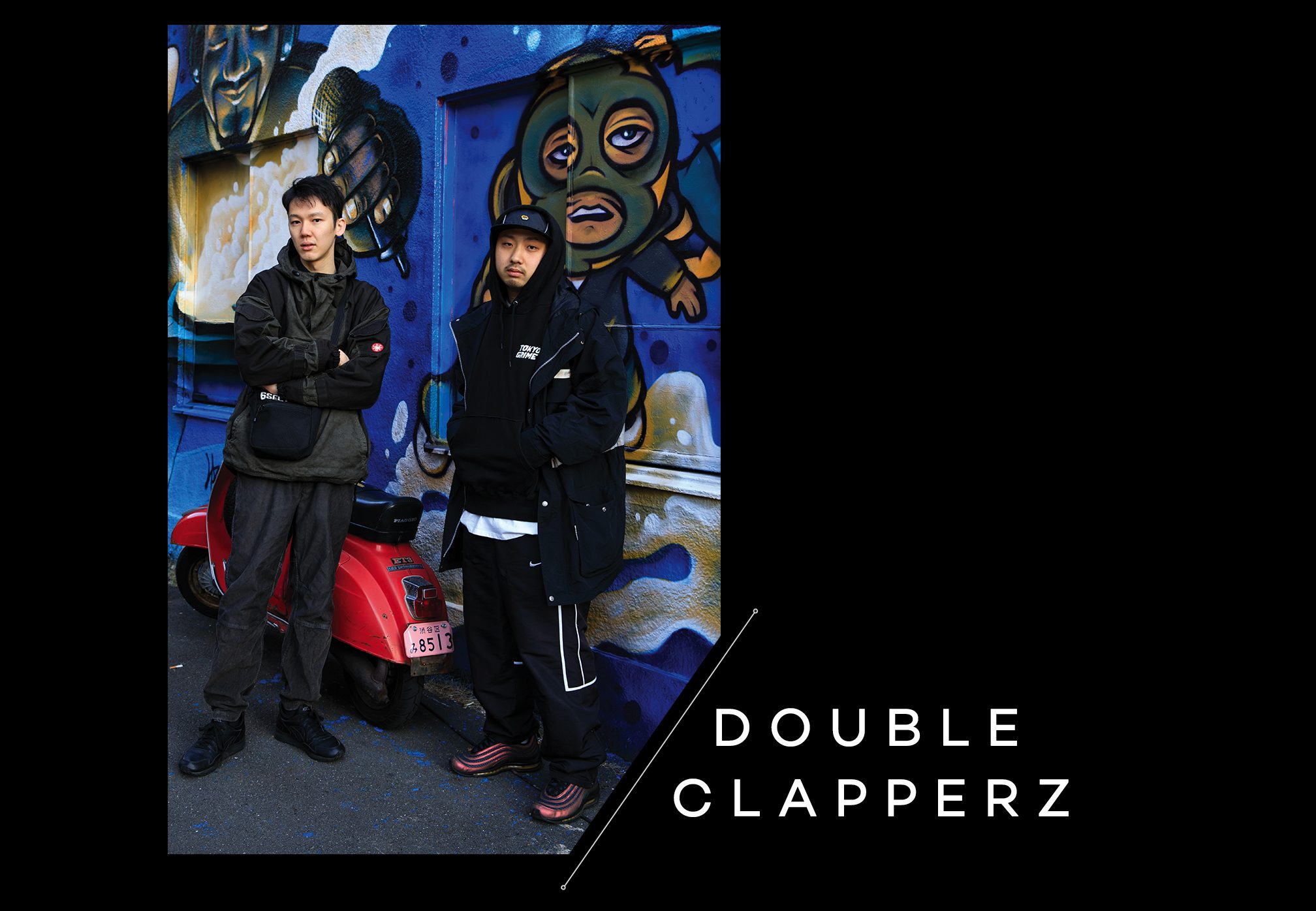 Double Clapperz are UKD and Sinta. The pair got together in 2012 and have won international acclaim with regular plays on Radar Radio and Rinse FM. “I didn’t even know grime existed back then,” says UKD of his early experiences throwing parties and DJing a mix of hip hop and reggae in university. But that all changed when a mutual friend introduced him to Sinta, who in turn introduced him to the burgeoning Tokyo grime scene. “It’s not just grime but a mixture of everything these days,” says Sinta, explaining the tendency of artists in the Tokyo grime scene to draw from a myriad of influences, rather than simply trying to imitate the sounds coming out of the UK. “We see ourselves as the publicists of the Japanese grime scene. We want to keep releasing records and inspiring new producers until the Tokyo grime scene is as big and as respected as the Japanese hip hop scene.” 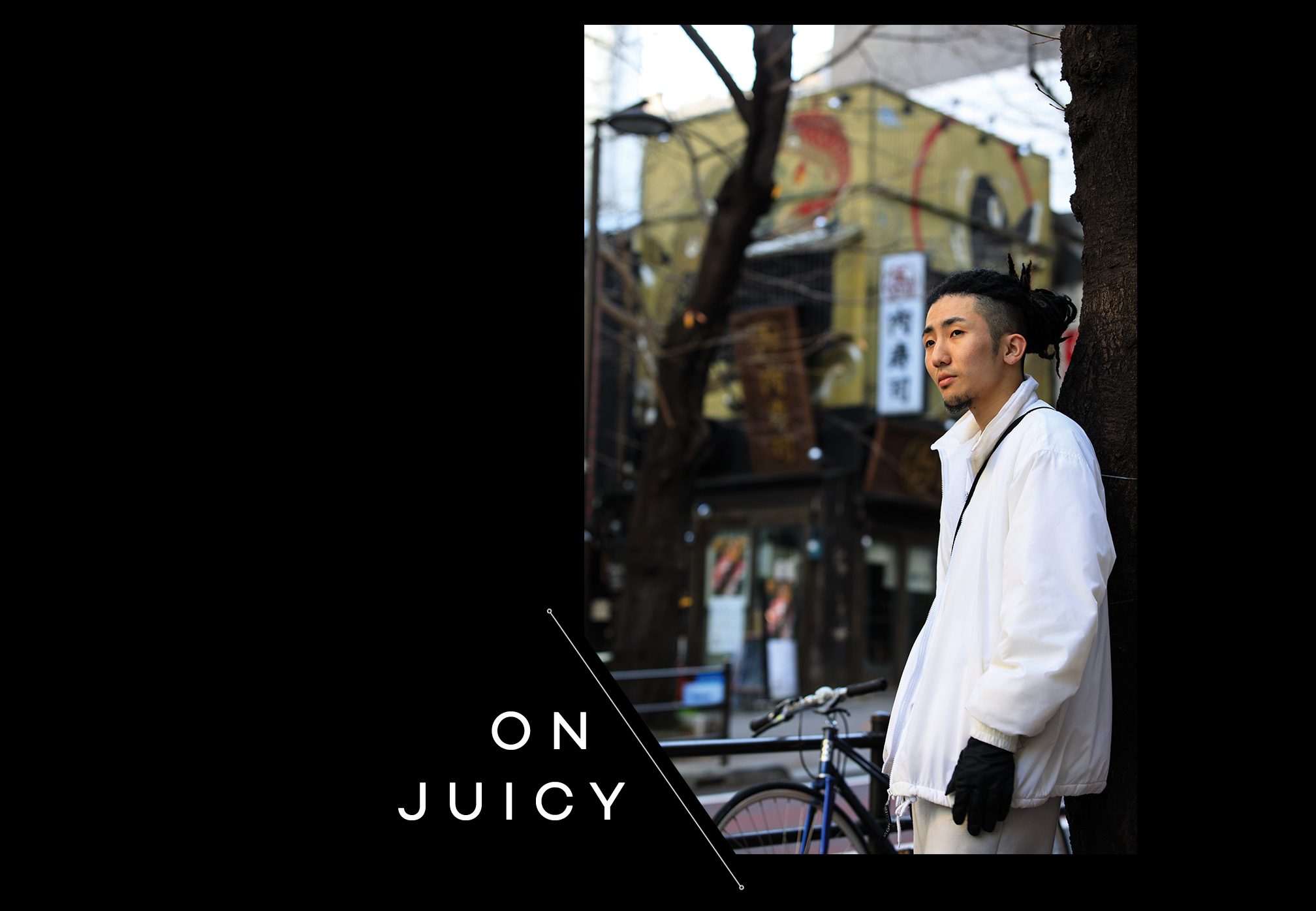 MC ONJUICY, 23, has only been in the grime scene a couple of years, but has already shared a stage with some of the most important names in the game. “I performed with Elijah & Skilliam when they came to Japan,” he tells us. “That’s what really gave me the confidence to take performing as a grime MC seriously.” Starting to rap during childhood inspired largely by US hip hop, ONJUICY came to grime fairly recently when he was asked to perform at the ‘Gum Project’ event by PAKIN. “I started to frantically watch videos and study the flows of grime MCs I found,” he explains. “When I found my favourite MCs, I copied their flows and turned them into Japanese to create my own style.” After a meteoric rise, ONJUICY’s keen to turn the attention to other rising Japanese MCs. “I’d love to make a Japanese version of Sir Spyro’s Grime Show,” he tells us, referring to the massively popular YouTube show that’s a platform for British MCs. “I want to open up our grime scene in Japan and beyond.” 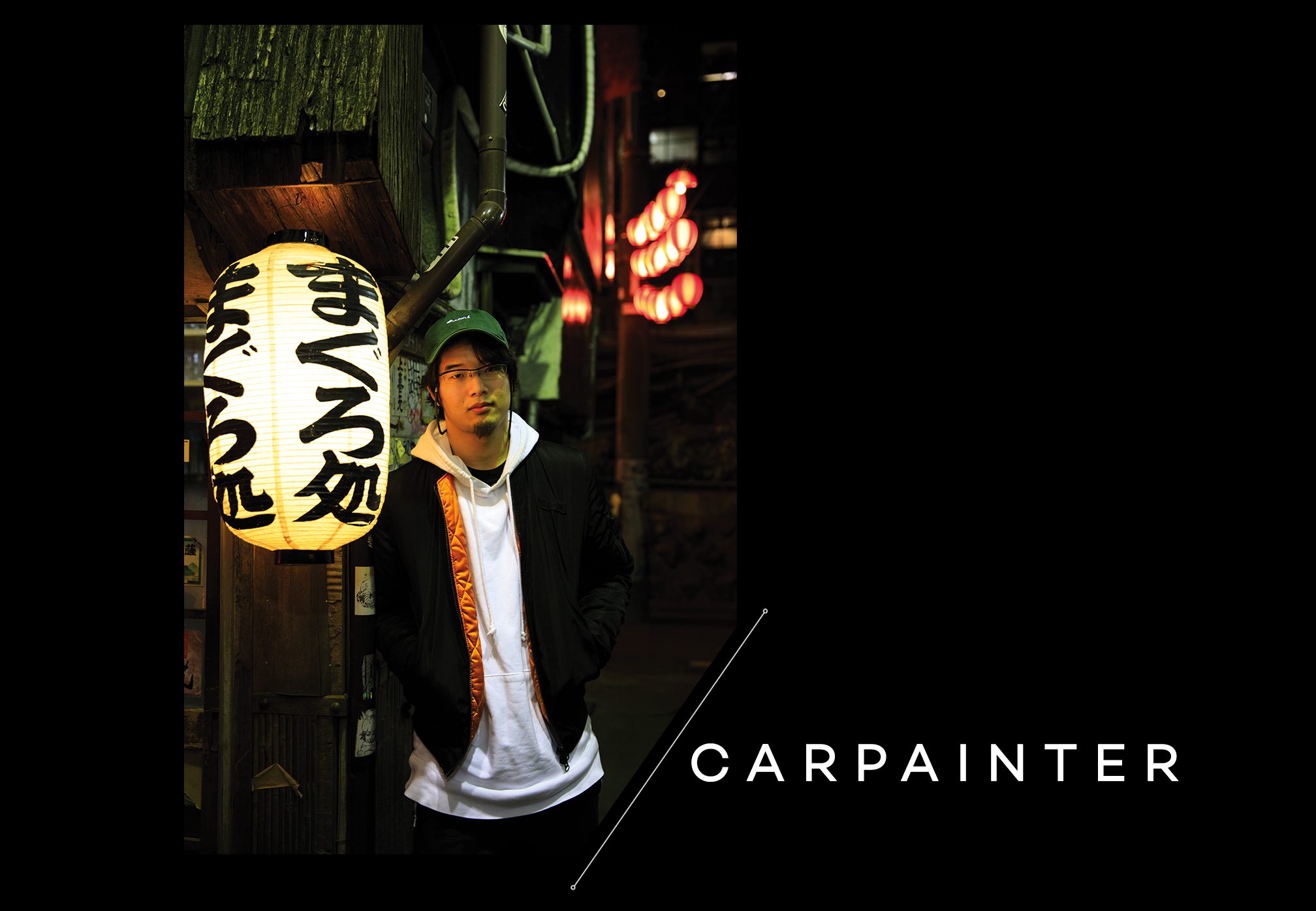 Carpainter, 23, first delved into music making over a decade ago at the age of 12. But he began taking it more seriously when he heard Japan-based British producer Submerse play in Tokyo a few years back, and focused on making UK-based sounds like future garage and dubstep. “Initially I thought grime was just dubstep or UK garage with MCs,” he explains. “But once I spent time watching grime from the UK on YouTube I was gobsmacked!” In 2012 he started the Trekkie Trax label on which he recently dropped second album ‘The Returning’, which showcases his maximalist approach to music, adding classic rave synths and early Warp-esque pleep to grime’s palette. 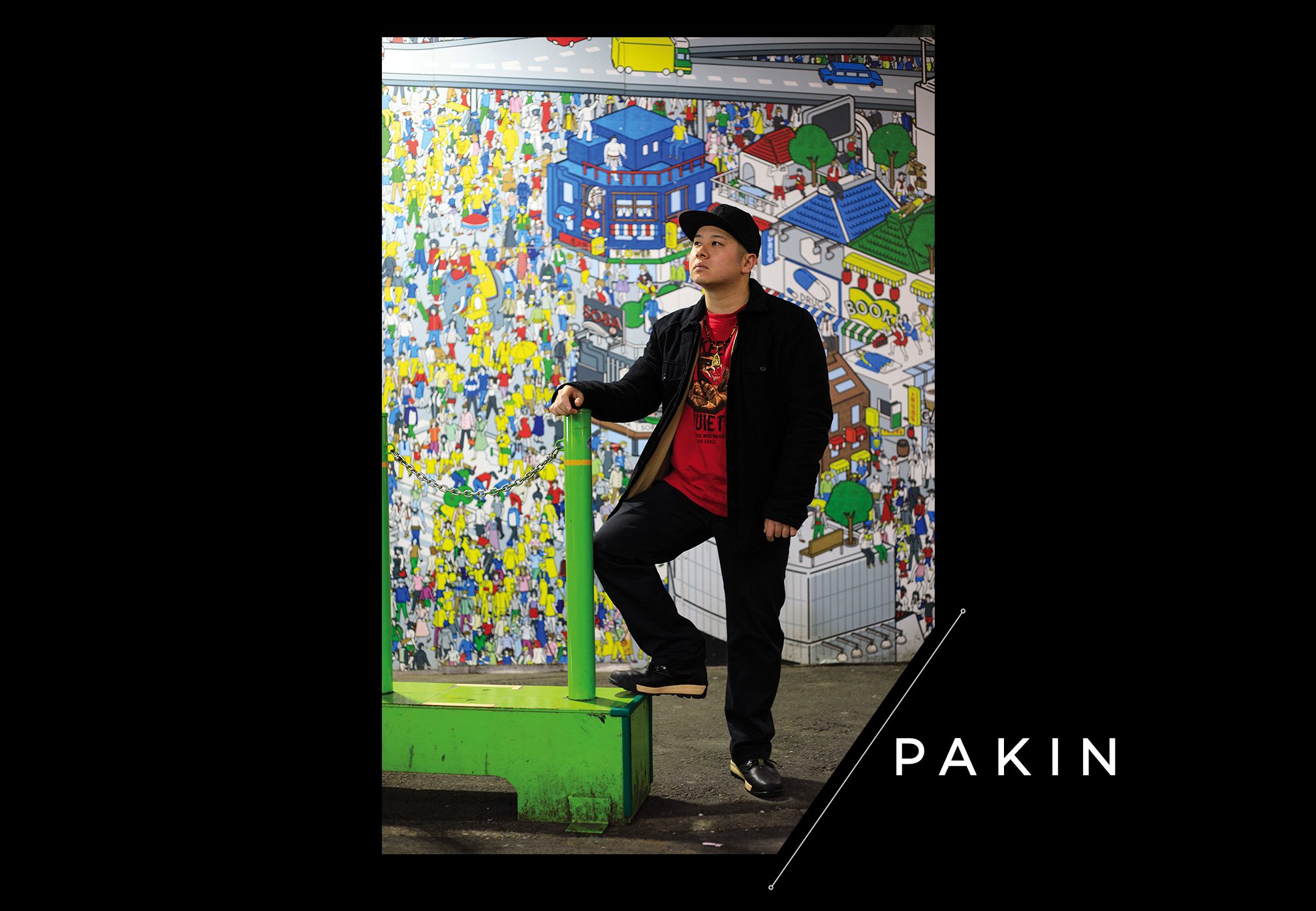 PAKIN is probably the best-known figure in Japanese grime, both in and outside of the country. MCing since the age of 20, he caught the attention of Birmingham crew Dark Elements on a trip to the UK and was made an honourary member, appeared on YouTube channel Grime Report, and collaborated with the likes of Youngster, all the while running his own label and crew GUM Project in Japan. “I’ve made my own vocal booth in my tiny flat,” he tells us. “I can record as soon as I’ve woken up!” As something of a figurehead on the Japanese grime scene, he’s also keen to ruminate about just why the Japanese have taken to the genre. “I don’t see much difference between Japanese an UK grime,” he explains. “Sure, we don’t have postcode wars and the same societal issues, but we all express our frustrations and rebellious spirit in the same way.”