Speaking to Lil Silva is soothing for the soul. The subtle buzz of energy he emits, along with his studio insights and experiences of alternative therapies, means you’ll learn a considerable amount from him. His demeanour juxtaposes laid back and candid delivery with what’s clearly a highly fertile and visionary creative mind.

As the 32-year-old discusses his excellent debut album ‘Yesterday Is Heavy’ with Mixmag, he admits that his insomnia may well be about to return due to the impact of having such a big project about to be released. “More and more opportunities keep creeping up, which we’re quite overwhelmed with, but it's brilliant. My insomnia phase is kicking back in,” he quips. “Insomnia has almost always been part of my working process. It does catch up with you although I’m trying to own it and look forward to doing some stuff that just roots me back. Meditating in between helps.” 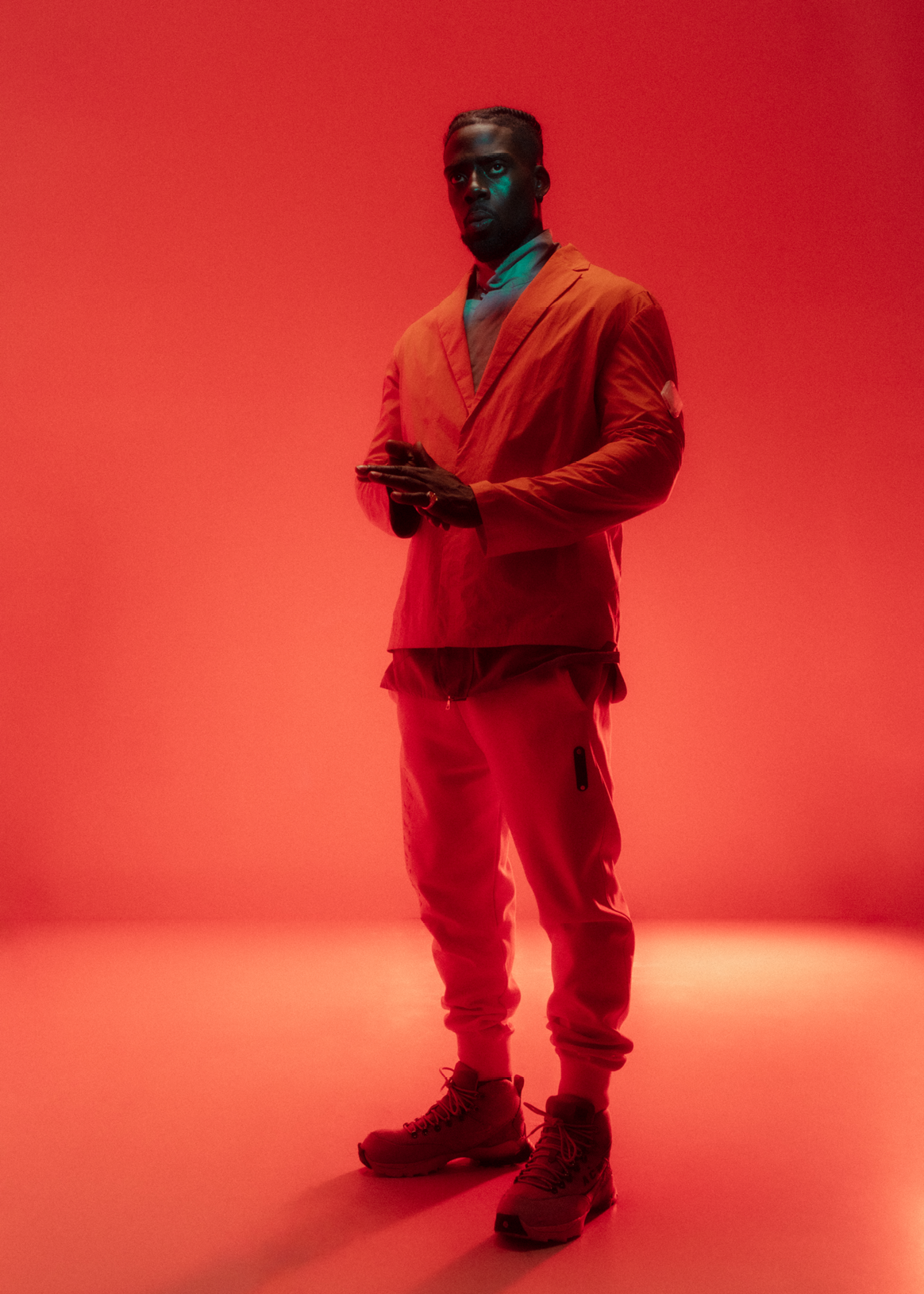 Silva’s approach to his work, especially the album, has been influenced by his forays into practices such as meditation and Theta healing (where the theta brain wave is utilised for healing) alongside seeing a life coach. The notion of being ‘in the present’, working with good energy, creating music that ‘hits the chakras’ and trusting the process became key tenets of his album’s development. Having these spiritually-inspired anchors provided the ideal foundation for Silva to build out his LP project, for which he decided to delve back into his roots. It’s been a long time since he first appeared on the scene, as part of grime outfit Macabre Unit. The crew originated in his hometown Bedford just outside of North London, and Silva was a key member before moving on to produce what many defined as UK funky. He was also the principal producer on BANKS’ LP ‘Goddess’ and contributed to Adele’s third album ‘25’ and Damon Albarn’s Africa Express project.

Born in 1991, his earliest recordings were created when he was still at primary school, before he’d even hit double figures. Going back through his discography and ploughing old folders of sketches and experimentations went some way to inspiring his work on ‘Yesterday Is Heavy’. It’s an album that represents growth and healing, marking a shift in sound. Silva has taken full advantage of the album format to explore and express the breadth of his creativity, calling up artists and collaborators who have been part of his musical social circle since he was a youngster. Little Dragon, Jamie Woon, Ghetts and Sampha, along with BADBADNOTGOOD, Charlotte Day Wilson and Skiifall, are among the nine collaborations featured, with Benji B lending his creative direction. There are live string sections, too, composed by Sally Herbert, which add emotional depth.

Read this next: The Cover Mix: Lil Silva

While making the album, Silva found that, rather than discovering and hiring hyped up newcomers, recommendations were coming directly from the people he worked with. This led to the inclusion of musicians who were bubbling up behind-the-scenes, as opposed to those who were already on the media’s radar, adding to the album’s fresh appeal. All of these elements help form an expansive album project, where Silva’s artistry has truly stepped up a notch. He’s come a long way since Sampha and Jamie Woon first encouraged him to use his voice on his records a solid decade back. 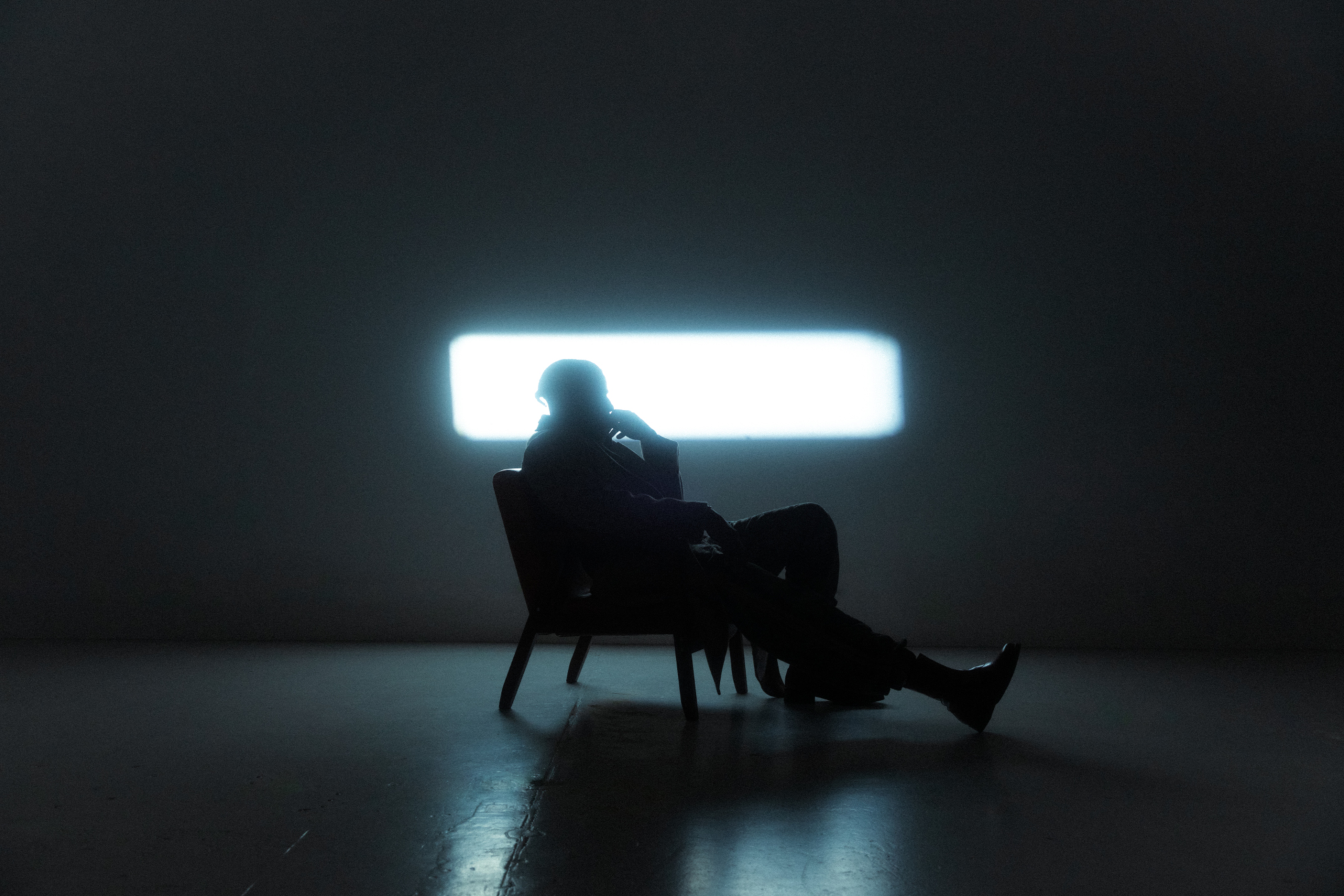 In the studio Silva’s production experience shone through. He’s put in the work behind-the-scenes, writing and producing with top tier acts such as with Mark Ronson, Diplo, and Adele. His command of the studio environment hinged on trust: trusting the process and maintaining a level of trust from the artists he worked with. Silva’s prodigious creative mind working in ways that required a vote of confidence from his collaborators, as he embarked on sketching out song arrangements on the fly, or editing out key segments from jam sessions. Drawing out boxes on a board - his own visual depiction of the arrangement - often in silence between takes meant there was a distinct need for faith from everyone around him. Only his engineer managed to decipher Silva’s technique, everyone else simply had to have belief in the inner workings of his mind. “When you're doing everything from the jam you can get lost in it. But I have a cut off point when I feel like I've heard everything I need in the song,” he reveals. “Like, we're half an hour, 40 minutes into it and then I sit back and I’m like, ‘Amazing, I have four songs’. I remember pulling out ‘Still’ and it's that silent moment because no one quite understands [what I’m doing]. Nothing's playing while I’m doing it, that’s the weird thing.”

“Weird” as that technique may be, it worked, capturing the pure energy of the studio sessions and demonstrating Silva’s ability to zero into exactly what he needs. While jamming, he would pick out the parts he wanted, in his head, and extract them in order to build out the songs for the album. 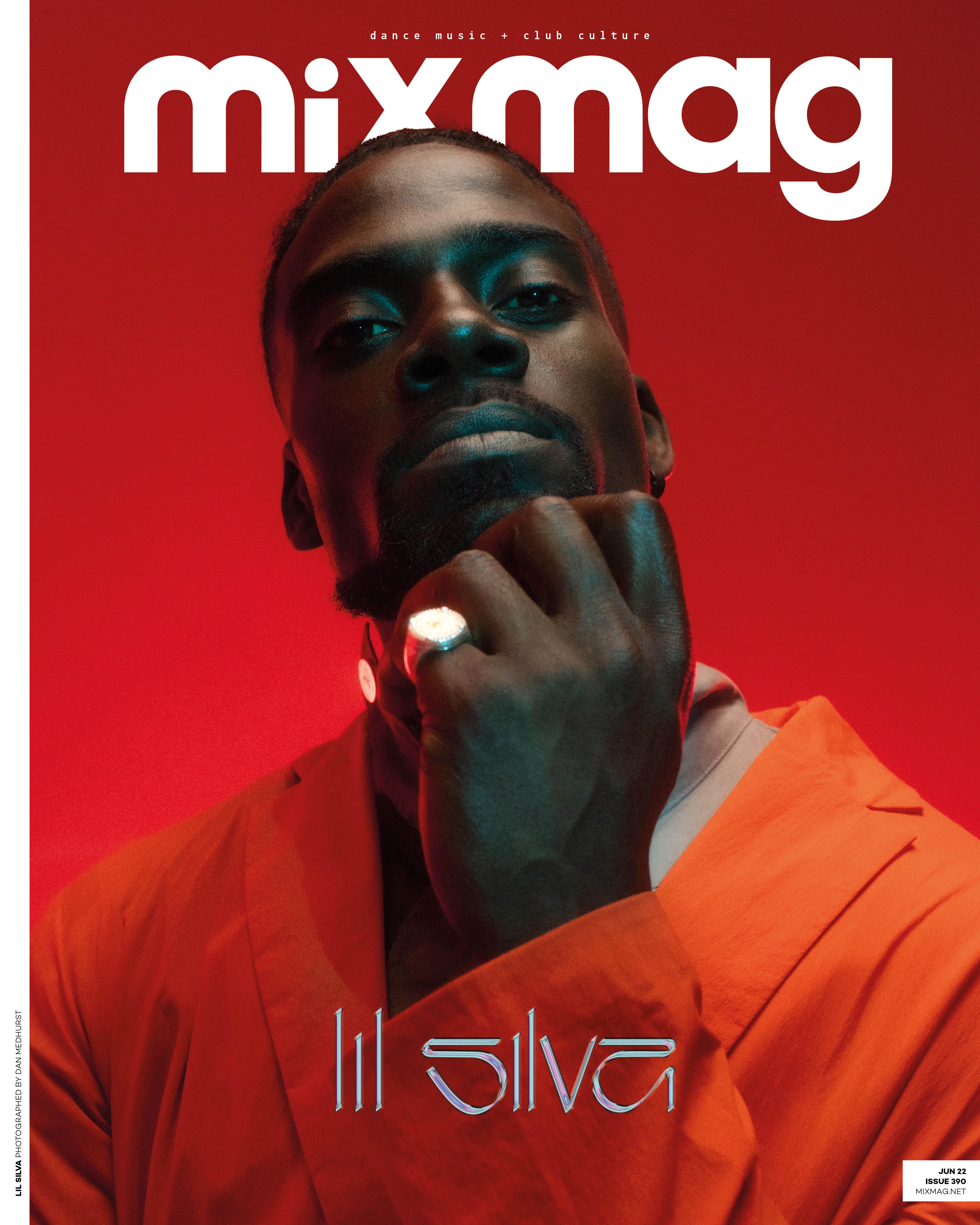 Through the pandemic Silva admits he ended up off-balance and descended into a depressive state. No longer able to perform, but also struggling to cope with the uncertainty that so many of us faced when the world went into what felt like an endless crisis, he lost his grounding. Working with a life coach and going on a voyage of discovery with alternative practices such as Theta healing proved to be the remedy to his struggles. In relation to the album, it meant that he consciously stepped away from the often highly-pressurised working practices associated with making albums: deadlines and goal-driven creativity. Settling the ego, which can get lost in worry and self-defeating thoughts, and allowing his higher self to take charge.

“Something your ego will elaborate and play on is these constant thoughts, like ‘How [the album's] gonna turn out’. It's just generally about practising staying in your highest self and not falling into your ego,” he says. “These running thoughts about how it would turn out, would it be done in time, does it sound good enough - that would all come up and it's just how to balance it, how overwhelming everything was and just taking everything in bite size.” 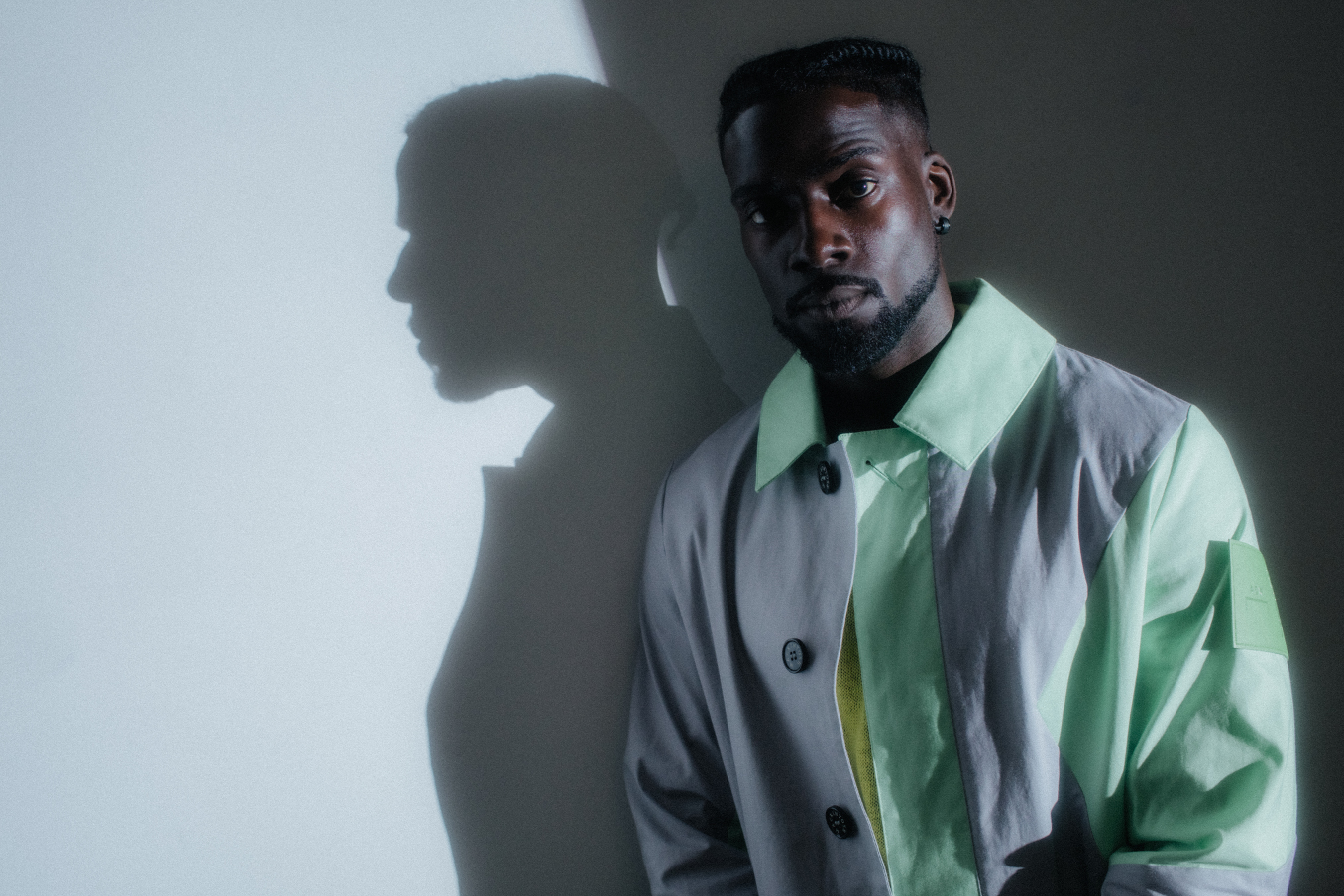 That sense of being overwhelmed was also present in his personal life. After becoming a father four years ago, there was a struggle to find the balance between his insomnia and the studio sessions, touring and family life. This sent him off-kilter and preceded the stress that came to the surface during the pandemic. “The first two years [of being a father] went really quick. It was literally trying to just recreate the blueprint on how to be creative. It was about having enough in the box for yourself, for your family and for your career,” he says. “There was a lot of rejigging. It was a lot. I wanted to turn up so much and there was a speed that my creativity couldn’t quite keep up with. I needed a break.”

“I don't feel, in my whole time, I’ve actually taken time off. Then there's the whole guilty aspect when you do take time off,” he adds, explaining that, with a concerted effort, and support from his life coach, he was able to utilise the “bite-sizing” technique to deal with feelings of overwhelm by breaking down his work into smaller, more manageable tasks. 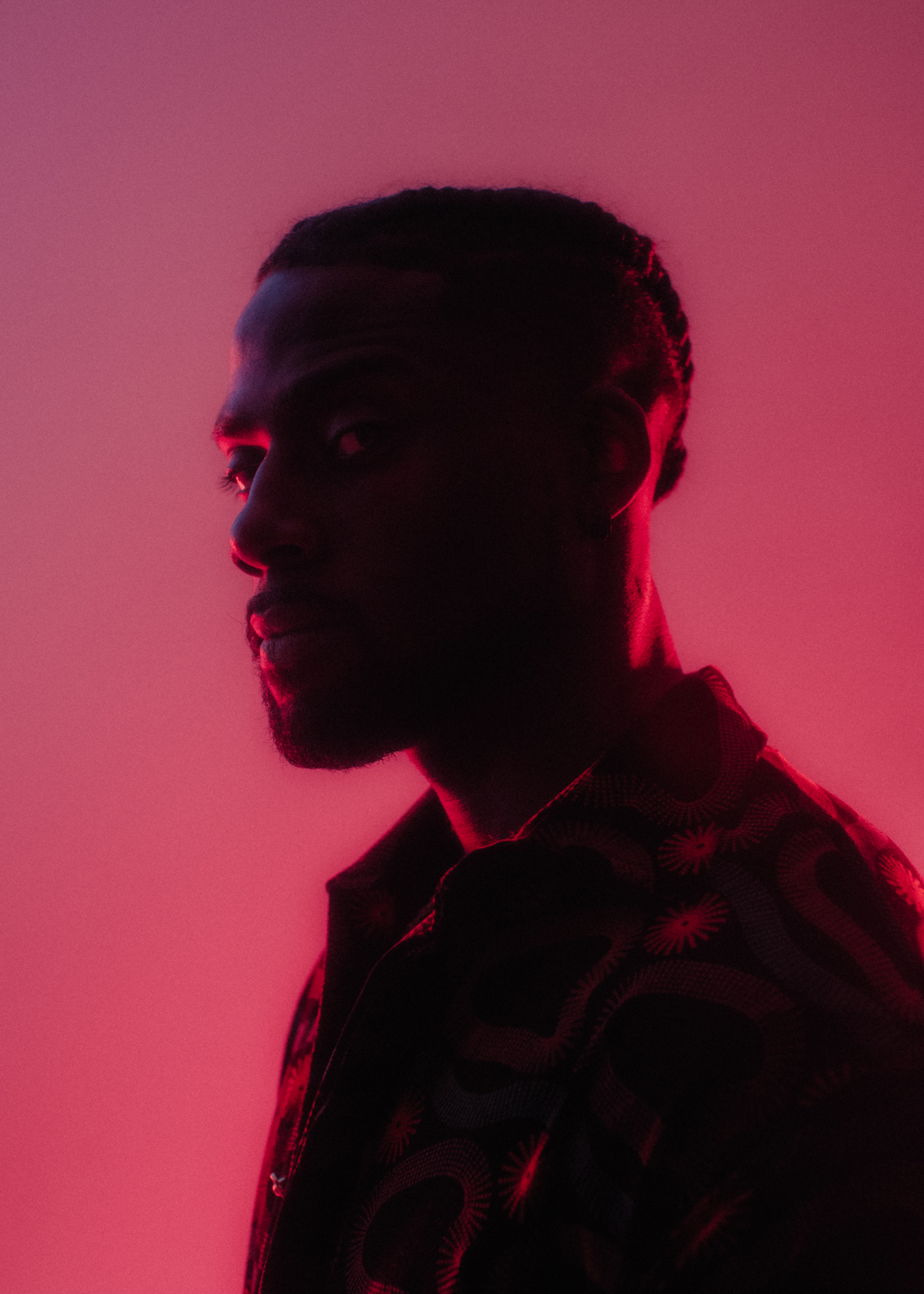 Bringing things back full circle lies at the core of the album’s concept, and the result is a collection of songs that evoke a range of emotions, occupying a softer space on the musical spectrum. That is, compared to the productions that established his name in the first place. Songs such as the opener ‘Another Sketch’ demonstrate his soulful musicality and a purposeful step away from the clubbier sounds he is known for.

Encompassing a more vulnerable approach, Silva found that, by dropping his guard more, he grew in confidence. This allowed him to create from a grounded state of mind: calmer, more focused and aware. Operating in the now, rather than being stressed about the past and anxious about the future. Inspired by his self-work, he talks a lot about tools — the practical, mental and emotional tools he’s acquired in order to open himself up more than ever before and how being open has, in turn, boosted his confidence. 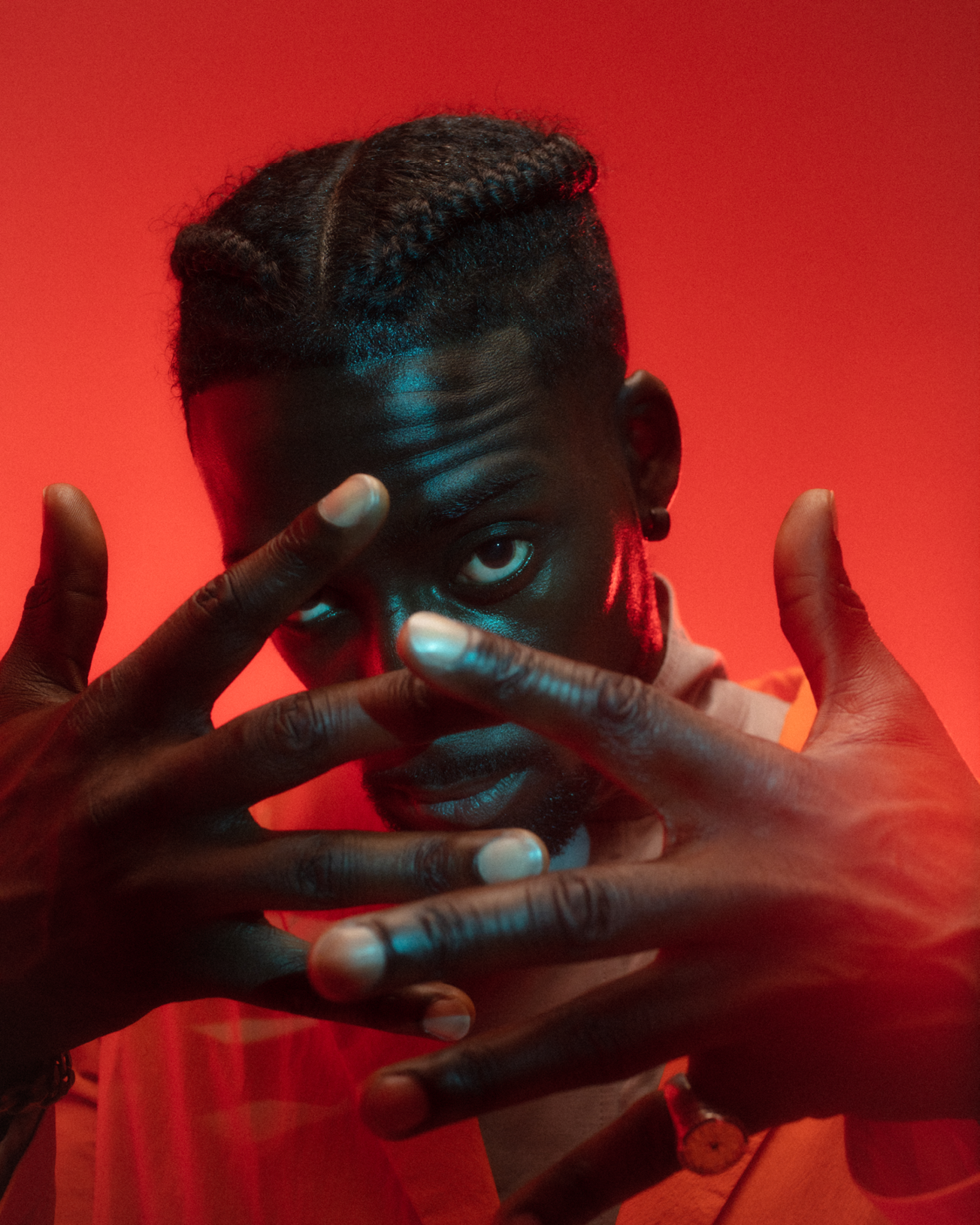 Another crucial aspect of the album making process was Silva’s conscious effort to refrain from listening to music, full stop. He stopped DJing, and avoided music as much as possible, as he does with most projects, in order to simply channel his creativity without any direct external influence. In this instance, it was two years before he started actively listening to music again, besides trawling through his own personal archives. This process of abstinence feeds into the music he makes and cultivates a timeless appeal. Common sounds and motifs that have become part of today’s era are noticeably absent, and so the songs are not bound or defined by a particular sonic timestamp. Like much of his back catalogue, in fact, ‘Yesterday Is Heavy’ feels fresh and timeless. Of course, it’s informed by elements of Silva’s own musical upbringing and his Jamaican heritage, yet liberated from the limitations of genre categorisation and the confines of time. 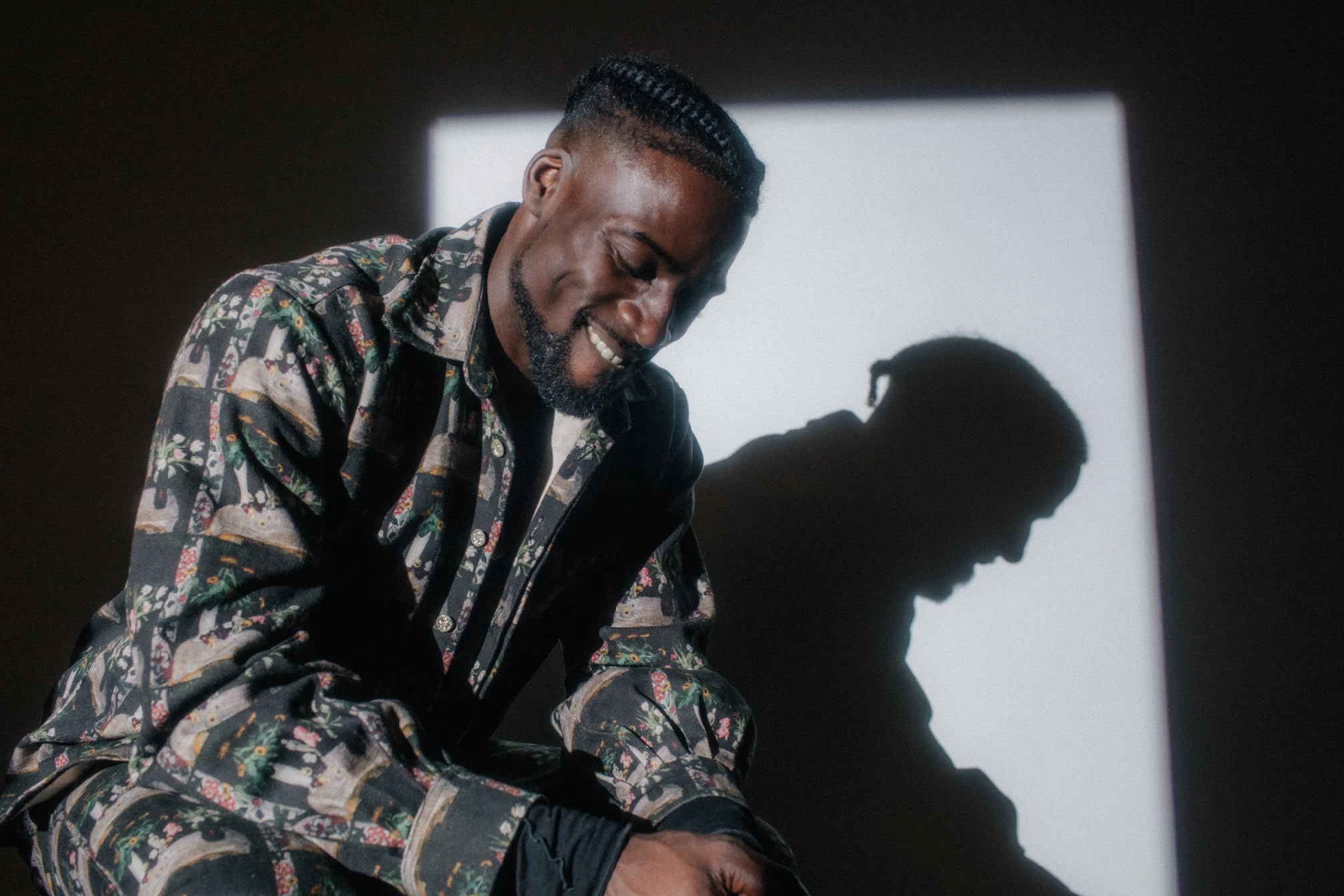 Lil Silva’s aim is to continue utilising his tools, and acquiring more, to level up his creativity and take each new project to the next level. It’s about growth, on a personal and creative level. You can hear it across the album, a conscious, confident step into new territory encouraged by his self-development and reconnecting with his roots. It’s centred, balanced and vulnerable, embodying a level of humanity and emotion unheard in his music before. “I wanted to connect everything and make sure it connects back to when you felt that shit for your chakra. I keep referring to that but it's quite a good analogy, you've got to feel this for your chakras,” he concludes. The ancient system, which originated in Hindu culture, relates to specific energy centres in the body, moving up from the pelvic area, through the gut, heart, throat, third eye and above the head. Lil Silva’s triumphant album will undoubtedly touch all seven chakras, as intended, thanks to its honesty, truth and sincerity. As he continues to invest in his personal and creative growth, he’s certain to nurture a stronger connection to his higher self and to the hearts, minds and souls of his listeners. If ‘Yesterday Is Heavy’ then, with the work he’s doing, tomorrow is bound to be buoyant.