Movement, whether across her performances or in music videos, has become a central crux in the BANKS visual concoction, served to audiences every two to three years across her active album cycles. Whether it's the angular interpretive dance that canters across ‘Trainwreck’, or formally-arranged choreography— such as her synchronised, but fluid, performance towards the final act of recent single ‘The Devil’ — BANKS’ consistent ability to translate her written desires into optical gesticulations has always been a spectacle, and an elevation to the audio single and LP releases. However, from her bed, somewhere in the Hollywood Hills, the 33-year-old highlights the power and lessons learned from the forced stillness that initially plagued her across the pandemic.

“It all stemmed from when I was like 14,” she begins candidly. “I think I fell wrong and I found out that I had to wear a back-brace for a year and it regularly flares up.” BANKS suffers from Hashimoto’s disease, which severely impacted her ability to sing across her last album ‘III’’s accompanying tour. “It felt worse just before the tour and it was physically hell to go through. I was getting steroid epidurals,” she says.

The piano-laden ‘I Still Love You’ — which features on her latest album ‘Serpentina’ — is anointed with gestures of self-love. Despite struggling with the inertia of lockdown, the visual accompaniment ironically sees BANKS at her most still in a music video ever. Placed across a mallard back-drop, the performer odes herself, fighting for the fragments of her imagination and likeness that make her exuberant and impassioned as an artist, but more importantly human. “Even with all your issues, I still love you,” she croons towards the two minute-mark.

“Me and my therapist call it post-peach, my anger and frustration with wanting to heal quicker,” she laughs. Recalling a story in early-2020 when she couldn’t even carry peaches home without her back morphing into excruciating bolts of pain, the reference illuminates itself. “Usually when you’re post-peach, you heal better,” BANKS summarises, thanking Dr John E. Sarno also, for his essential text-based teachings on mental and physical healing of the back.

Juxtaposed with an emotionally-charged pandemic, BANKS shares that her house became a retreat for her, where she dealt with demons she’d been harbouring across her labour-intensive pre-COVID-19 schedule. “When everything quietens, and you’re faced with yourself, that’s when the real demons rise to the surface, that’s when you have to deal with that,” she recalls. Initially reticent, the singer, once comfortable, uses looser themes of trauma and trudging through the mud of oneself to describe her experiences of self-growth, and unlearning.

Read this next: How a period of reflection led DJ Seinfeld to discover his true artistic self

“Everyone has those traumas, and they can impact everything from important relationships to the work carried out.” She references another of her more recent releases ‘The Devil’ as a physical instance of her healing. Draped in the classic red garments, saluting the iconography of the unholy entity, BANKS sings about and re-enacts the beauty in the temptations and allure of the calls from below, even commanding audiences to “write my new name down” throughout. The sedative, keyboard-led soundscape acts as an electronica-infused hypnosis that only adds to the offering, building a euphoric romanticisation of the underworld, marking a dangerous example of the perils of seduction. 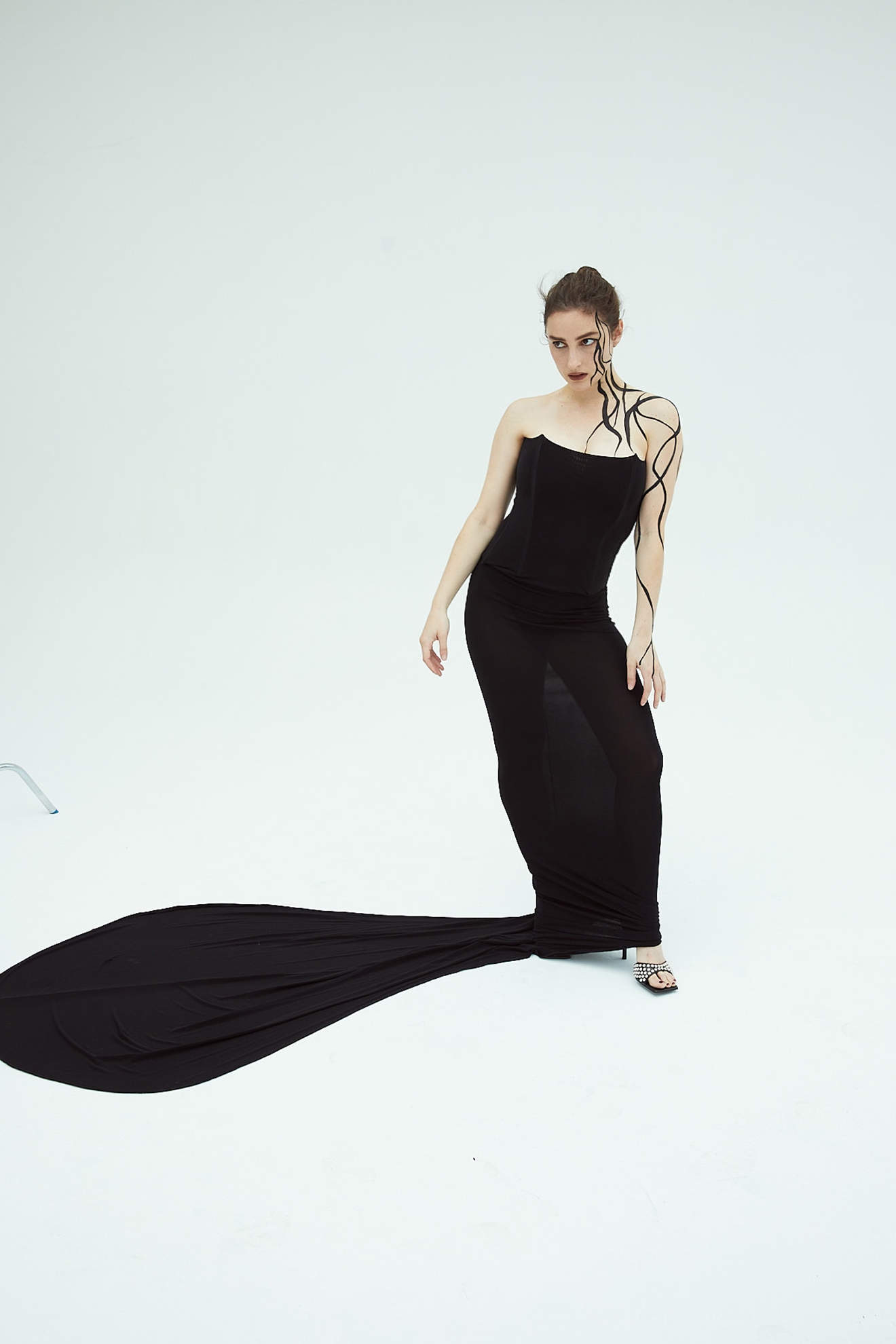 Across her last album ‘III’, BANKS appears to tread those tumultuous pastures of darkness, on songs such as ‘Contaminated’ where she talks about a forbidden, parasitic love that she was somewhat addicted to. Possibly bound by outside forces and commitments, she concludes that both must let go. The sombre, pensive production surrounding her broken ruminations only adds to the ruinous hues of ‘III’. “I was in such a bad fucking place,” she says, pausing briefly to collect her thoughts. Adjusting to her new-found vulnerability on the call — it’s the first time she’s admitted that publicly — she continues. “I love my last album, but I'm in such a different place, the writings on the wall on that last project. I just feel so much healthier and around different people who are ultimately better for me.” Those calls for more whirl across ‘Propaganda’ too, with BANKS literally calling for her mother’s help. Vehemently against calling ‘III’ and ‘Serpentina’ continuations of one another, BANKS instead attributes both to different representations of herself, for better, or worse.

A fundamental part of BANKS’ artistry is her textured exploration of sound across her career. It’s been ever-present in even her early releases. Universes are built layer by layer, with her voice being distorted and used as an instrument as much as the more physical or obvious features like pianos, synthesisers, xylophones or keyboards. ‘Fall Over’, one of the world's first interactions with the artist, is a bonafide manifestation of all of these components working well together. Produced by Jesse Rogg, the avant-garde pop and electronic hybrid encapsulates the rapturous nature of BANKS' appeal at its best. Also seeking growth and further expansion as an artist while in lockdown, BANKS challenged herself once more, this time to create her own songs in their entirety by reintroducing herself to the production software Ableton and wholly producing songs from their inception.

Read this next: How Erika de Casier grew into an R&B sensation

“I really had a chance to step away from the business side of the industry, I was making music without anybody around like I used to,” she gushes. Visibly elevated, while discussing the artistic process, BANKS calls 2020 a “blessing” in rediscovering her artistic prowess. “I felt like how I felt when I first discovered what writing music was. Being able to riff on songs and find every little lick that I like, structure it out, add harmonies. It was just heaven.”

Co-producing a large part of ‘Serpentina’, it becomes visible both in written and sonic terrains that Jillian Rose Banks, as well as BANKS, the formal artist, are tired of being embellished and hidden, and are all-embracing of their imperfections from the onset. As ‘Misunderstood’ invites listeners into ‘Serpentina’’s universe, BANKS even calls for the world to misunderstand her — in fact she begs. “It’s to all my friends, the people who don’t know me, everyone. I’m flipping being misunderstood on its head, it’s a warmness and irony that I haven’t embraced for a while.” Across its distorted production — which somehow still translates as organised chaos — BANKS is relentless in the fact that her mic will always be in hand and in her musicality being hers. “My artistry is otherworldly,” she shares on Zoom, her passive confidence now morphing into a fully established bravado. “It’s in the sense that true artistic creation and exploration is not of this world, it’s not confined, it's not restricted, that’s where I feel like I’m at, I’m at the most powerful I’ve ever been as an artist and person,” she summarises.

Aptly titled ‘Serpentina’, BANKS’ fourth album embodies the carnivorous and ambitious creature, often depicted as tentatively locomoting the universe in search of its next source of vitality. BANKS views the word Serpentine itself as beautiful and somewhat majestic in nature. “Visually it’s always been beautiful to me to look at and so fluid to write out on paper,” she explains. Using the analogy of being at her most animal and grounded in her musicality at this juncture, she likens herself to serpents in terms of being raw. Instinctively, she drew connections with her 15-year-old self, who would doodle the word on her class notebooks, to now doodling on songwriting books when figuring out the album’s title. “I don’t remember the last time I did that, I was reminded of my eighth-grade self again, it just felt so intuitive.”

Rendering ‘Serpentina’ — with the intentional change of ‘e’ on the end of ‘Serpentine’ to ‘a’ — as goddess of the snakes, she keeps repeating that it “felt right”, in the sense of rebirth and shedding her former demons too. “What people don’t talk a lot about is moving forward in the sense of us not looking back, we have to move forward with intention and clarity,” BANKS states ardently. Recalling a period in life when she’d look back at old pictures and pathologise her “mistakes” and wrongdoings, she shares a newfound sense of closure with what has passed, and an ambition to move forward wholly without regret. “I think my thirties taught me that, your twenties are so chaotic and then you just find a newfound sense of belief in yourself that I’m learning to embrace now.” 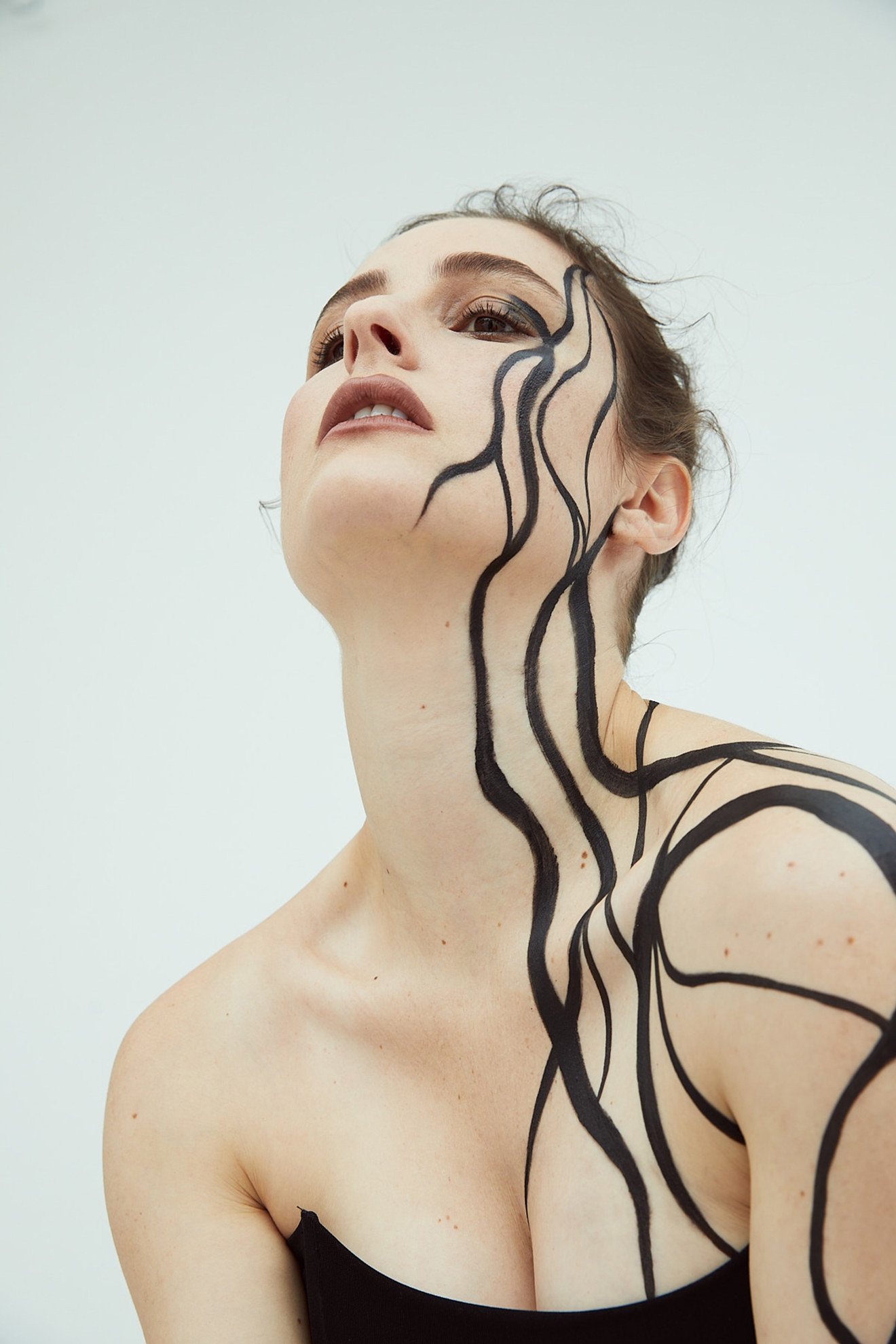 Part of embracing all facets of herself, comes in the expansion in sound across ‘Serpentina’’s offering outside of BANKS’ usual array of pop and electronica fixtures. ‘Spirit’ for example is a strong immersion of soul and gospel, seemingly inspired from songs like Aretha Franklin’s ‘Climbing Mountains’ or Marvin Sapp’s ‘Never Would Have Made It’. To BANKS, both genres closely informed her trajectory as an artist and growth as a singer. “I’ve always been into gospel melodies in my singing classes. I started again across the pandemic actually,” she reveals. “At the end of the sessions I’d always sing India Arie songs or other soul melodies and I really think that inspirations like that came out on ‘Serpentina’.” Inspired to not use as much reverb or effects on her voice was another decision informed by soul throughout ‘Serpentina’’s creation. “I wanted my fans to feel next to me. I didn’t wanna hide away in convoluted productions, this project is about being so real, feeling so real. This is just a reflection of that,” she explains.

‘Birds By The Sea’ acts as a vivid marrying of her electronica-laden ecosystems with a more minimalist and instinctive form of soul, which, like the Samoht-featuring ‘Spirit’, positions BANKS as an artist willing to step into new terrain unapologetically. Even its lyricism is potent in marking BANKS’ new pivots in production, as she renders comfort zones as “lonely” across the song’s second verse. Bringing one of her collaborators on the journey with her, it was once she retouched the song with refined piano keys (with another of her friends Ben), that Samoht finally understood and revelled in the song's profound beauty with her. “I let myself shine on ‘Serpentina’, and songs like ‘Birds By The Sea’ help in making me feel more visible and present.”

Ultimately, ‘Serpentina’ and the contemporary face of BANKS is laid-bare for the world to disseminate, as she captions on Instagram upon its release: “Putting this album together actually put me back together. I hope it makes you feel empowered and understood. I hope you feel the brightness and the freedom I felt while creating it.” Jillian Rose Banks arrives as a holistic being, powered by the very aspects of herself that make her human, the embellishments but also the disorder, the acceptance and happiness that comes from songs like ‘Fuck Love’ — “I was so happy being single,” she says of the song — to the undeniable acknowledgment of selfishness that caresses ‘Burn’.

“I do love opening up,” she admits with a self-assured glare flashing across her eye. “Now I feel like I have a pretty good sense of awareness of myself. I’m cool with it, I accept all parts of myself, even with the feelings of uncomfortability.” Both gracious in her admissions, but also emboldened in her vulnerability she continues. “I was like a mad woman here, I got so obsessed with learning, executing and doing. It’s part of the beauty of where I’m at.”

BANKS' new album 'Serpentina' is out now, get it here

Nicolas-Tyrell Scott is a freelance music and culture journalist, writer, critic and podcast host, follow him on Twitter