Tribe Records is at the heart of Leeds’ thriving electronic music scene. Situated behind the city’s Kirkgate market, the shop has an unassuming look, a sentiment that is also perhaps endemic of Leeds’ nightlife itself, which is often overlooked in the conversation about the UK’s best. However, over the past two decades Tribe has grown into an influential record shop and institution, inspiring Leeds’ tireless dance music community and providing fertile ground for its emerging talent to experience and grow.

At the helm of it all is Simon Scott, who has been in charge of Tribe ever since it first opened back in the 1990s. His involvement in the Leeds music scene runs deep. From the embers of the late 80s acid house movement, Simon started promoting dub, balearic and ambient parties. In 1998, he started Leeds’ now renowned SubDub night alongside Mark Iration, which is still going strong after 20 years.

But Tribe has had something of a complicated history. First opening back in 1995, it started life in Leeds’ Corn Exchange, among a sea of other shops like Tristan Da Cunha’s Play Music and Jason Kilka’s Loop that went on to build the city’s house-focused musical heritage. During this time, Tribe represented an important alternative, being more oriented towards selling techno, dub, drum ‘n’ bass and ambient, as it is now, and hosting a weekly event at now defunct venue Club Mex. Since then the shop has had a number of different iterations, closing and reopening in a new location on six separate occasions.

Leeds is a better place with Tribe Records in operation. And through its 23 year history the shop has been a fruitful hunting spot for some of the city’s most prominent underground crews, including those behind Morley’s legendary club The Orbit in the late 90s and more recently the Hessle Audio crew:

“The Hessle Audio trio and Midland all started at Leeds University around the same time as the Exodus x DMZ parties at SubDub. They’d go to these nights, and to Tribe where they’d buy jungle, dubstep and drum ‘n’ bass, along with the new wave of post-dubstep records coming out at the time on labels such as Hotflush. This music helped develop the sound of Hessle Audio, and so did the soundsystem culture in Leeds, which Tribe was at the heart of,” says staff member Alex T. 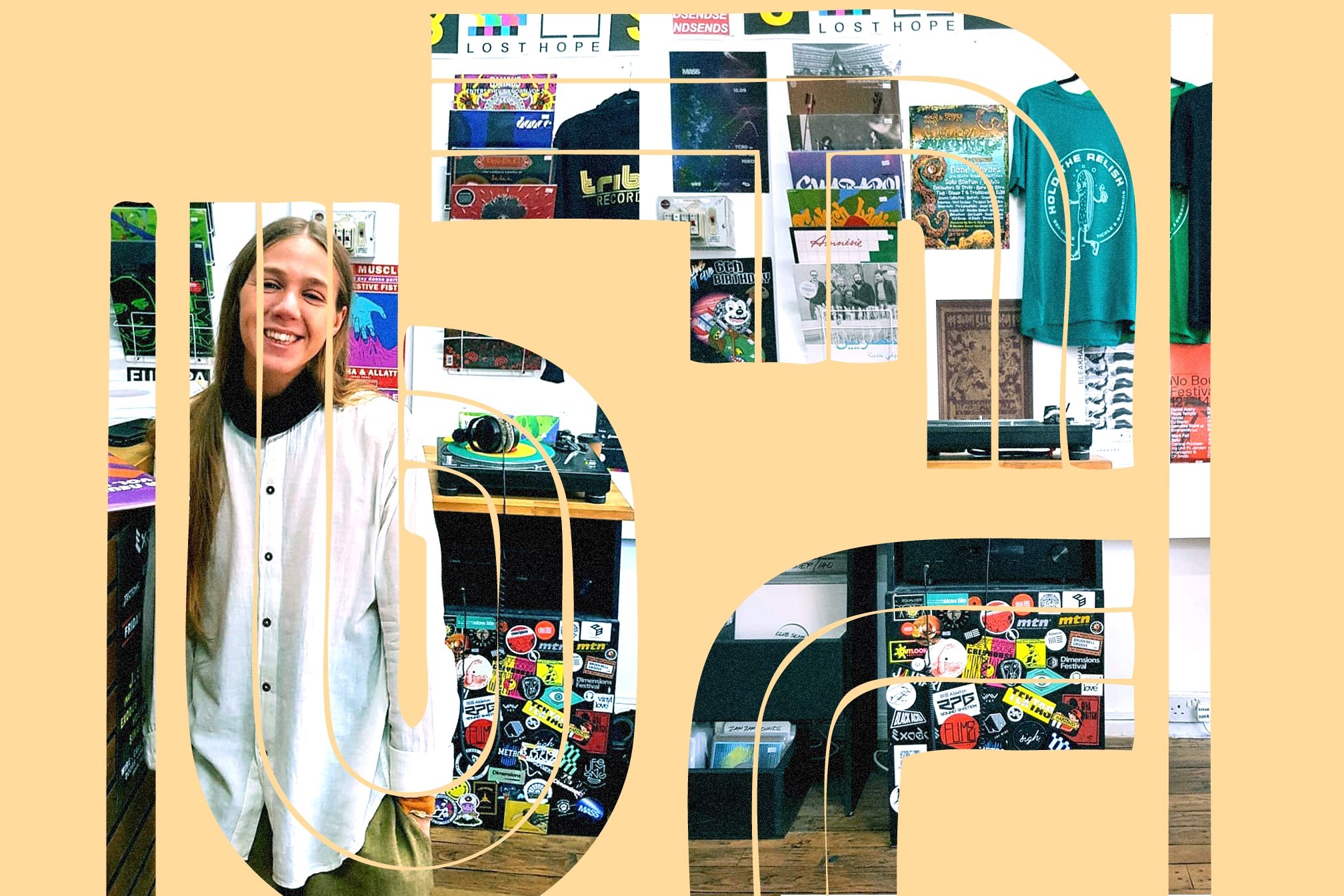 Tribe most recently reopened in 2017 following a four-year hiatus, this time enlisting the services of residents from two prominent Leeds nights: Cosmic Slop’s Mike Greenwell and On Rotation’s Alex T. The pair’s knowledge in global and electronic music coupled with their local connections covered the necessary bases for re-establishing Tribe as a vital musical hub, as well as embodying the sense of community that runs through the city.

Simon is now also responsible for both Outlook and Dimensions Festival, where he works as a programmer and director, and comprises one-third of Dimensions Soundsystem, who can be found putting on nights across some of the UK’s best venues.

The summer just gone also saw Tribe Records host its own boat party at Dimensions, with DJs Courtesy and Saoirse playing alongside Tribe’s Alex and Mike to a rowdy crowd of Leeds locals and Dimensions attendees from further afield. The showcase of two internationally recognised DJs alongside two residents is emblematic of Tribe’s local-cum-international influence within music, and was something Alex saw as "the highlight of Dimensions for a lot of the Tribe crew". 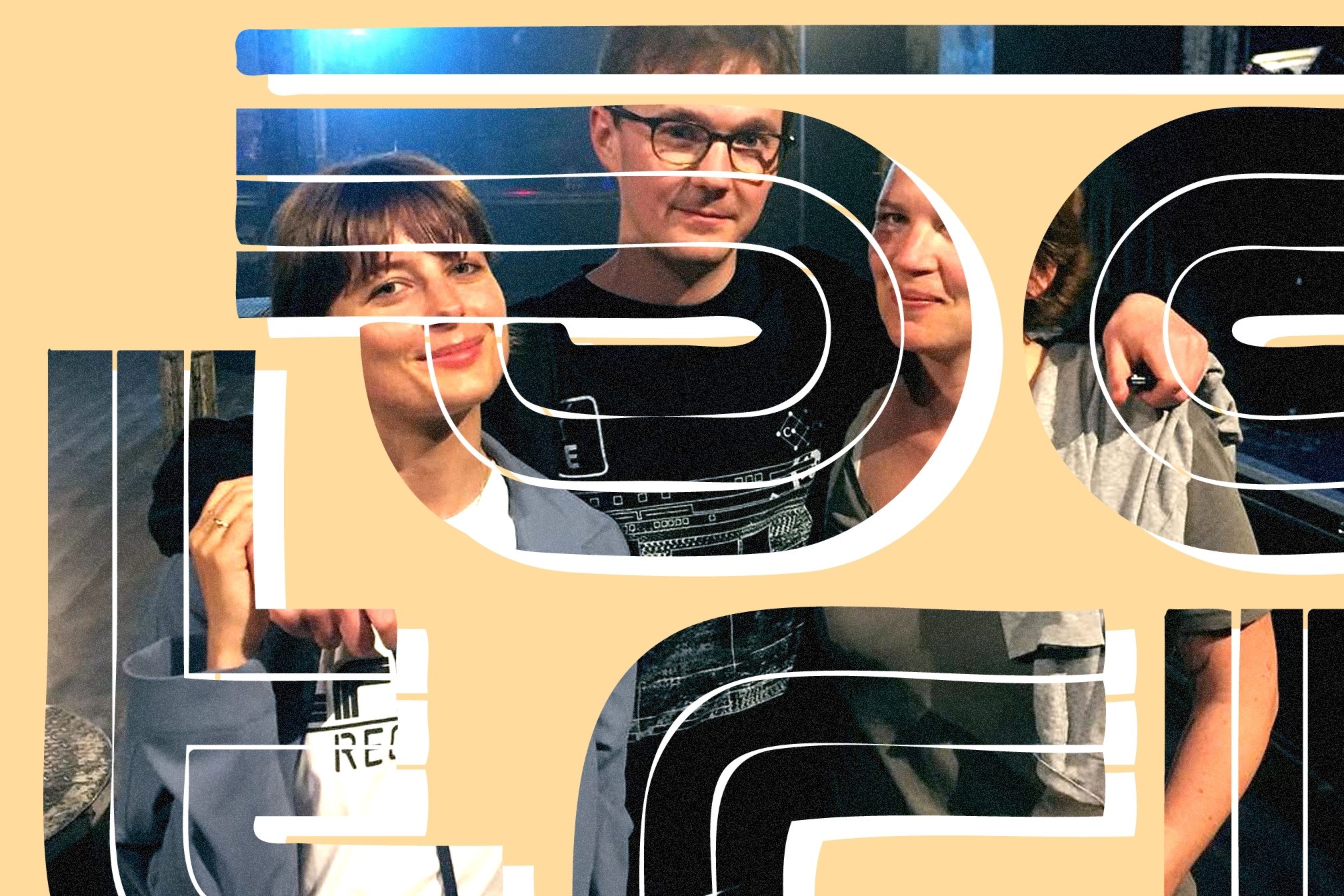 Back in Leeds, the shop has started to reassert itself as a stalwart of the city’s underground scene. Beyond their respective nights, those behind Tribe run regular parties at Wire, a Leeds favourite, where Annie Errez and local DJs Luce and Zoya have been among the recent guests. DJs booked to play in Leeds will now also take time to seek out the shop; on any given day you could see Vladimir Ivkovic, Nicolas Lutz or Donna Leake browsing Tribe’s racks. It is the symbiosis between the shop and its local community, however, which is crucial in keeping Tribe Records alive:

“A large facet of the Tribe community is how we try and support local labels and independent artists. Through supporting locals and their music, we will benefit in return from their friends and fans coming in to check out our shop. Tribe has always had a strong community of DJs who make up the regular customers, from new Outlaws Yacht Club resident Minty Pea to internationally respected DJs like Tristan Da Cuhna and Ralph Lawson, and they’re all connected by their abounding enthusiasm for digging for new and old music. Our regulars are the lifeblood of the Leeds scene,” Alex points out.

“Supporting your local record shop is vital. At Tribe there's a wealth of knowledge being shared daily between regulars and staff. You can’t be part of a community or support your city’s scene by buying music online. We live in a throwaway culture but buying records enables you to cherish music, support the artist and contribute to the ecosystem that nurtures the whole thing,” adds Mike Greenwell.

Looking to the future, those at Tribe are hoping to start hosting in-store parties in the coming months, enlisting the help of local collectives and crews. In July, they will also be returning to Wire for their annual big birthday event, and by all accounts the guest in mind is set to a special one.