We're surveying 2017 across a series of features. Next up, the cult of the ID...

This year there has been one dance music question on everyone’s lips and at the tips of everyone’s fingers. It’s been mercilessly bashed out in the comment sections of online mixes and scratchy videos uploaded from the rave. Your ma and pa won’t know what the fuck you’re talking about but anyone else who saw Hunee and Antal’s closing set at Dekmantel will know exactly what’s up.

The phrase, inescapable in 2017, is barely even a question anymore. Instead rendered down to an expecting statement based on an unspoken implication that you are also a music lover of some repute wanting to add this golden track to your already expansive knowledge of good tunes. And, hey, if you don’t ask, you don’t get, right?

But for something that on the surface is such an innocent question, should ‘track ID’ be a question we’re asking at all? The explosion and normalisation of ID culture (for lack of a better term) has drawn the ire of DJs over the past year. One of the most direct outbursts came from Jackmaster who, in a now deleted Facebook post, called out “hugely overrated, basic DJs playing tracks that they have blatantly picked up from the Identification Of Music Group”. 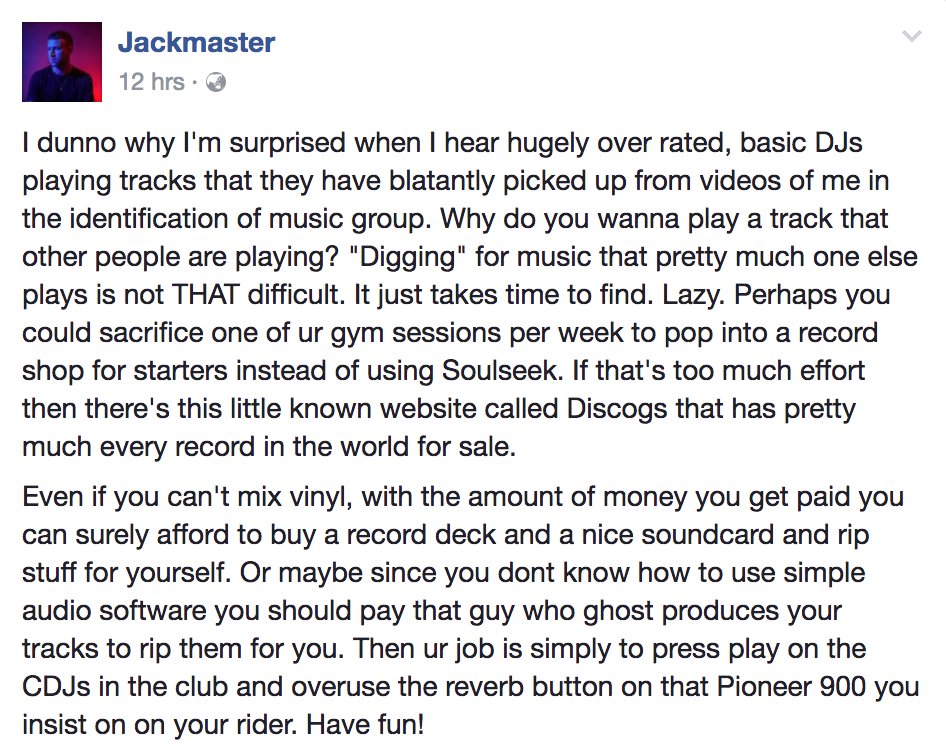 The immensely popular and helpful Facebook group has seen an explosion in members and ID requests in 2017. When we wrote about it at the start of the year it had 36,000 members in it. That’s ballooned to nearly 77,000 at the time of writing, turning the group into a running commentary on dance music. A flurry of ‘bump’ comments can tell you what tracks hot and what tracks not. Although there is a particular bias towards Patrick Topping tracks and the group works itself into a frenzy over unreleased Bicep to the point of memedom. In our original feature we described the group as a ‘superstar’ and a ‘goliath’, which on the outset it is. But at the same time, Jackmaster has a point. A side effect of this noble populist cause has been the explosion of cookie cutter DJs (anyone that plays Daniel Bortz’s ‘Steady Note’ now can’t claim they got it from anywhere but that group). Playing out the flavour of the month always has a shelf life, but now entire sets can be made out of the ashes of other people’s mixes, right down to the blends. 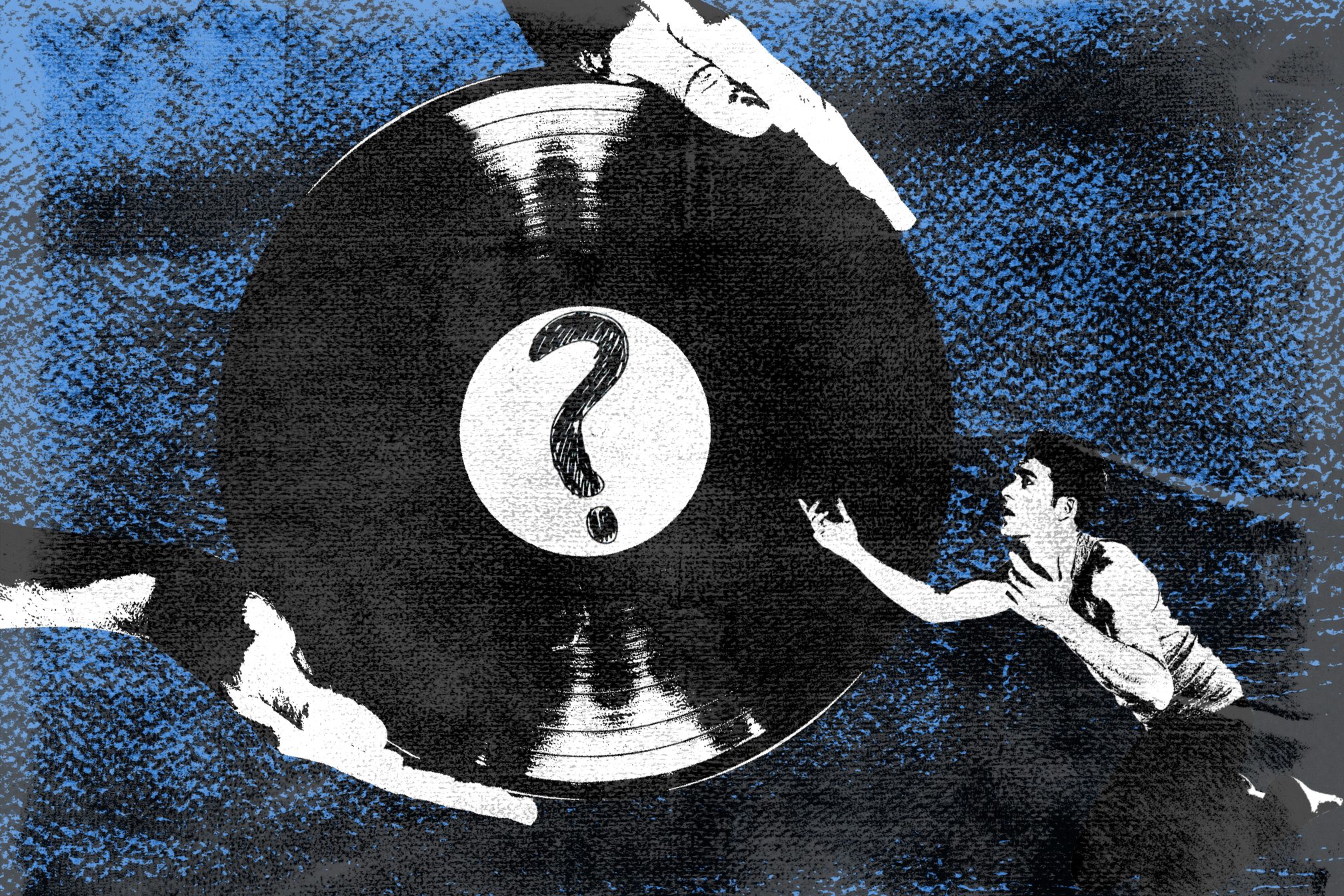 As Jackmaster alludes in his post, the sin of laziness hangs heavy over ID culture. And many people who have put in the hours rooting through dusty crates past hordes of Rod Stewart albums to take a flyer on a record that just happens to contain their new favourite track, will agree with him. To have that tune, with its backstory, lovingly played out to an unsuspecting crowd, and for it to be ID’d and played in the next 30 mixes you hear, can’t feel great. There’s a reason hip hop DJs used to steam the labels off their records back in the 70s after all.

But, like, when did music become so focused on the select few playing the tunes? Aren’t DJs getting paid to stay one step ahead, share their music and teach their audience? Is this 2001? Are we still arguing about downloading Metallica albums from Napster? No, the world has moved on and the general consensus, particularly in dance music is that it’s for sharing. From forums to bedrooms, there is nothing quite like the joy of sharing music and discovering, or helping someone discover a track. It could change their life.

While framing the argument in this context gives of a bit of an 'us vs them' vibe of the superstar DJ vs the everyday clubber, it’s not quite like that because grabbing an ID in the club can be just as annoying to your fellow raver. Why else would we have made a list telling you how to Shazam discreetly in the club? Midland, who seems to quite like taking the piss out of the track ID phenomenon, summed it up best when he tweeted: “I know what it’s like to want to know tunes. But if we spend our whole time filming everything just to know IDs we miss the special moments, which is what dance music should be about. Losing yourself for a few hours and not always feeling the need to know”. So how about this - let’s leave the IDing out of the club and use your hours outside of it to go online or dig for tunes in your local record store.

We’ve become obsessed with memorising tracks and tracklists to impress our peers the next time we see them in the rave. Knowledge of the music is great, but if it’s getting in the way of someone else’s night, whether that’s putting someone down because they don’t know what Hessle Audio record the DJ just played, or being a nuisance with your phone, then that sucks. There are still plenty of people at a party who just want to get the fuck away from their 9-5 routine and even (gasp) cut themselves off from technology. They’re usually the one’s giving the most back to the parties and the scene. It’s good to give back.