Mobile phones are fucking amazing these days, aren't they? Want to order some food? You can do it with a few taps of your screen. Want to book a train? Just do it in 30 seconds on the blower. But without doubt, one of the most impressive apps and most popular with music fans around the world is Shazam. The music identifier can pick up millions of songs once you hit that circling 'S' in the middle of your screen, unearthing gems that you've wanted in your collection for ages.

In the club, it's an absolute godsend. Picture this: you're completely smashed and LOVING the tune that's rolling around the room. Once you get Shazam on it, you may be lucky enough to find what you were so desperately looking for. Unfortunately, that blue light radiating out of your phone is a beacon of uncool. People frown upon the use of Shazam in the rave. They think it's tacky or that it defeats the object of enjoying a night out. "Be in the moment man" and "Ergh, you're not one of those people, are you?" are just some of the phrases bandied about. Don't get us started on navigating the 'no phones in the club' rule.

Just so you can avoid any unnecessary trouble, we've compiled a handy list of ways to discreetly Shazam in the club. Impress your friends with these wicked techniques and be the envy of your fellow dancers. Thank us later.

Funster is Mixmag's Deputy Digital Editor, he racks up an average of 150 Shazams per weekend, follow him here

Louis Anderson-Rich is Mixmag's Digital Intern and he's been kicked out of Berghain 15 times for Shazamming, follow him here 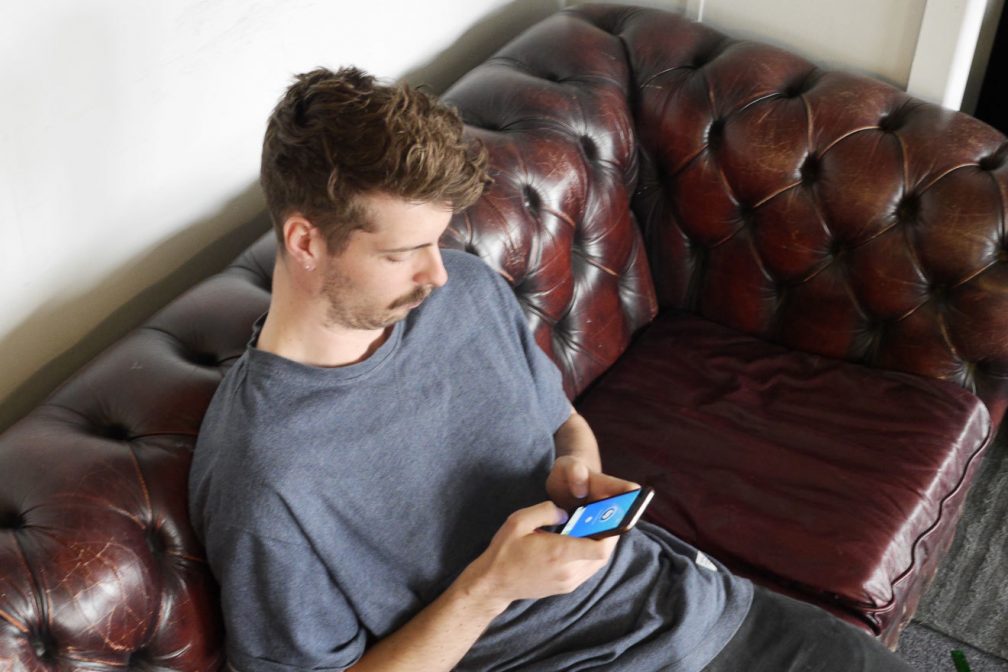 A controversial technique and perhaps the most commonly deployed. If you are using the text method then the phone should be held somewhere between your belly button and your neck. Clutch it in two hands while adopting a facial expression that suggests a difficult decision between replying with one word or a four-page thesis. Meanwhile, the brightness needs to be turned down as low as possible so that blue tinge on your face is minimal. Finally, a light sway to indicate a high level of intoxication will help the authentic look of The Texter.