The store follows an IRL launch in Croydon earlier this month, where the illusive artist installed a pop-up shop beneath a gym on a dismal British street.

Read this next: We went to Banksy's pop-up shop

The Bristol artist is going ham on merch after he claimed a greetings card company was trying to rip him off. 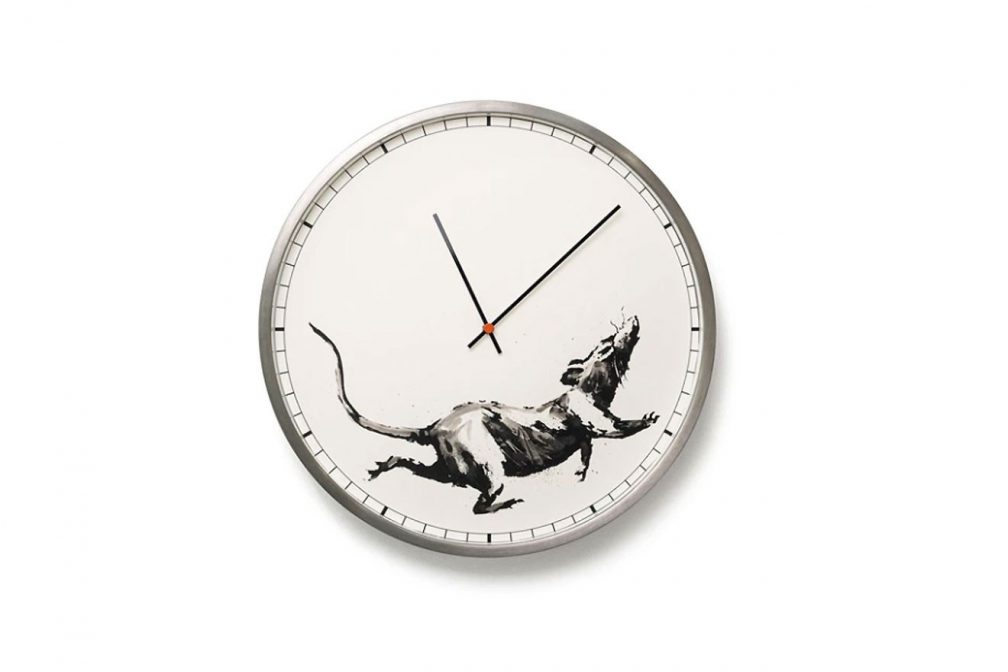 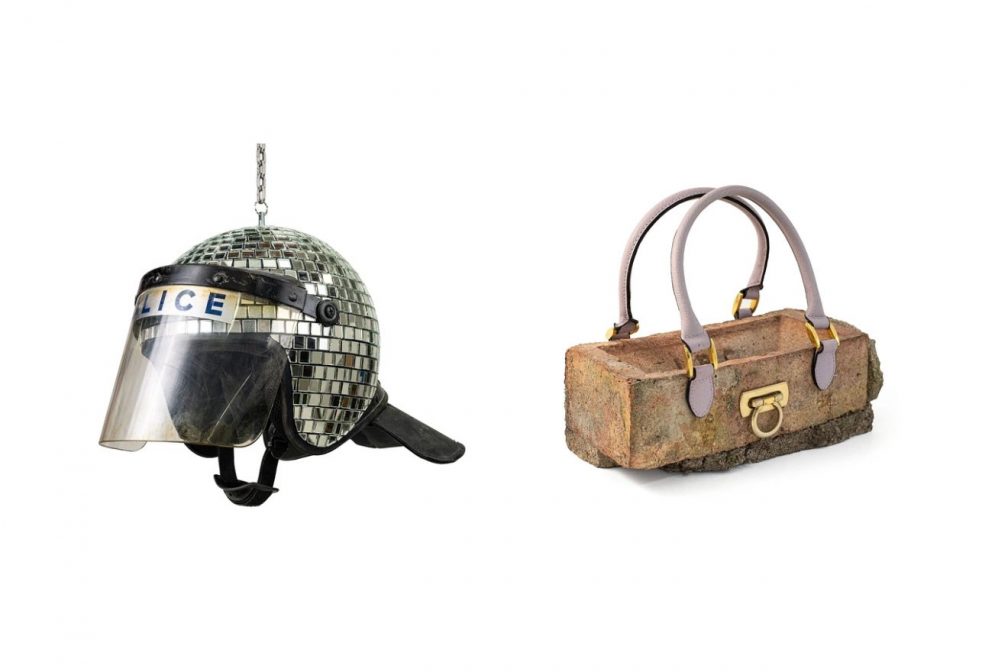 Gross Domestic Product – a relatively clever riff on art merch and Brexit's impact on the UK economy – caused a stir with its famous stab-proof vest (as worn by Stormzy at Glastonbury), Tony The Tiger rug and Massive Attack-esque cushions plopped in an unassuming store front in South London.

Now these items are online and ready to be purchased by fans and thirsty collectors.

Read this next: A Banksy painting just sold for £9.9m

The headline-grabbing items are indeed listed, with the vest retailing for £850 and a disco ball made out of a police riot helmet going for £500. Not bad considering the recent action at Southeby's. 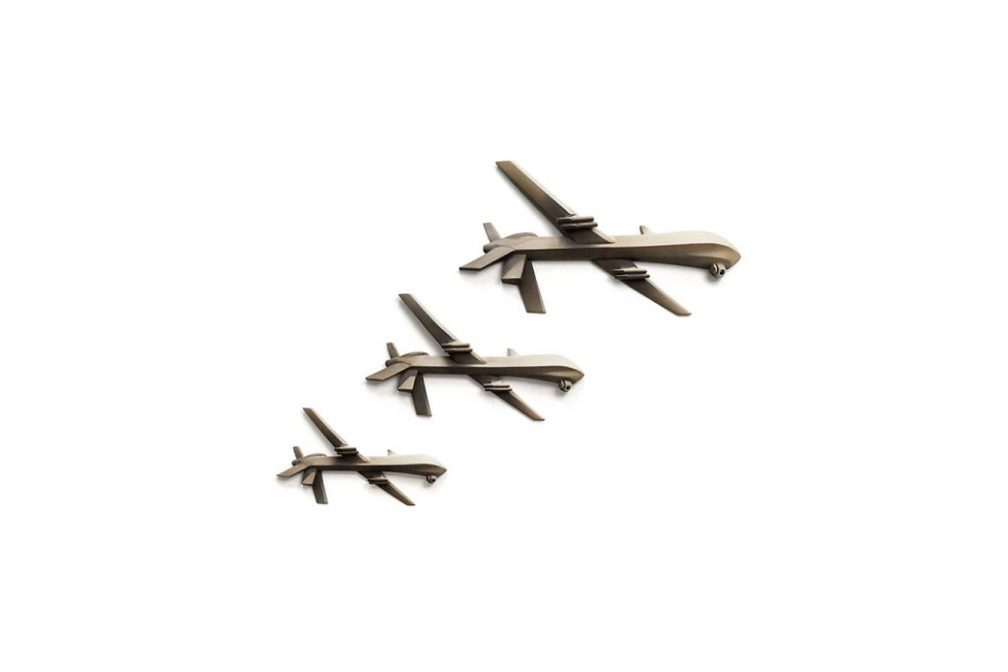 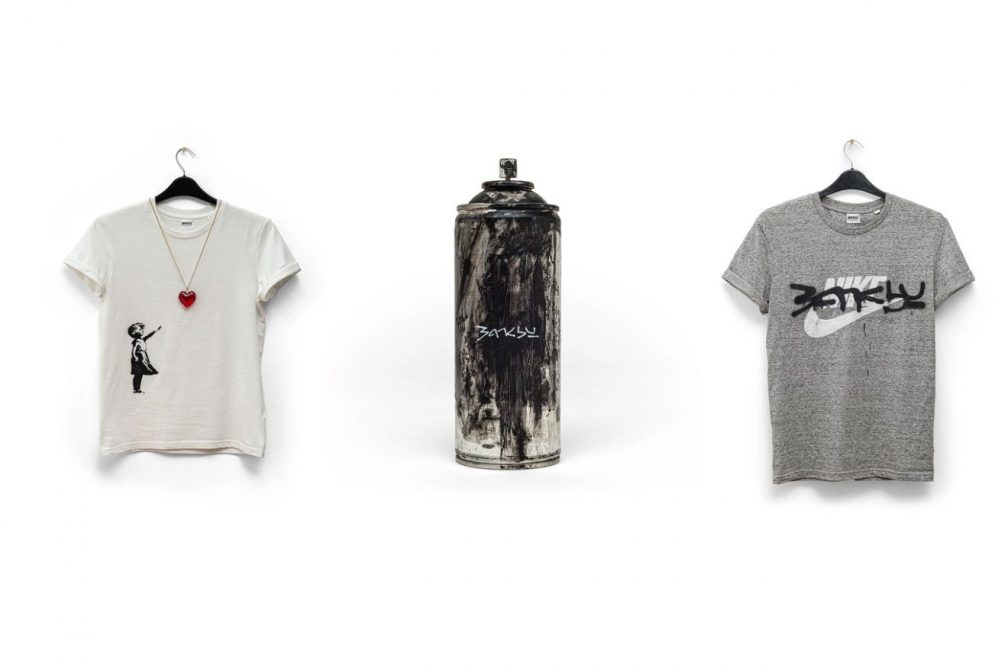 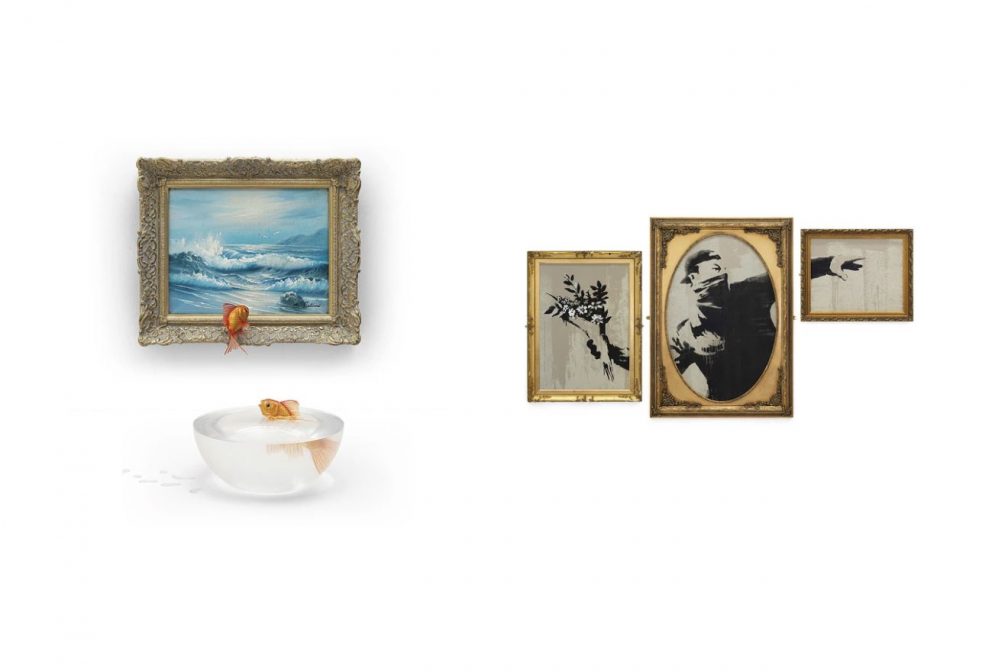 But it appears Banksy and his crew have come up with a mechanism to thwart the dodgy resellers out there: potential buyers must enter a verification process, which includes answering the question, does art matter?

Elsewhere, the more modest Banksy stan can pick up a modified spray can for a tenner and T-shirts for £35.

There's also cushions, pop art sculptures, mugs, bootleg paintings and defaced TVs, with standard merch made in unlimited quantities and more special items, like a clutch bag made out of a brick, in an edition of one. 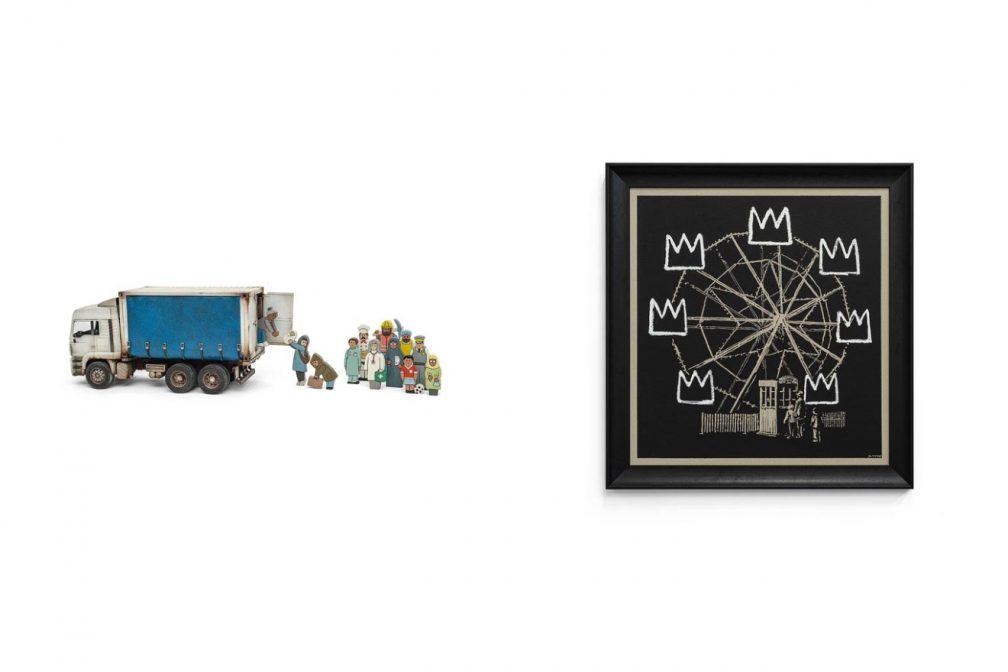 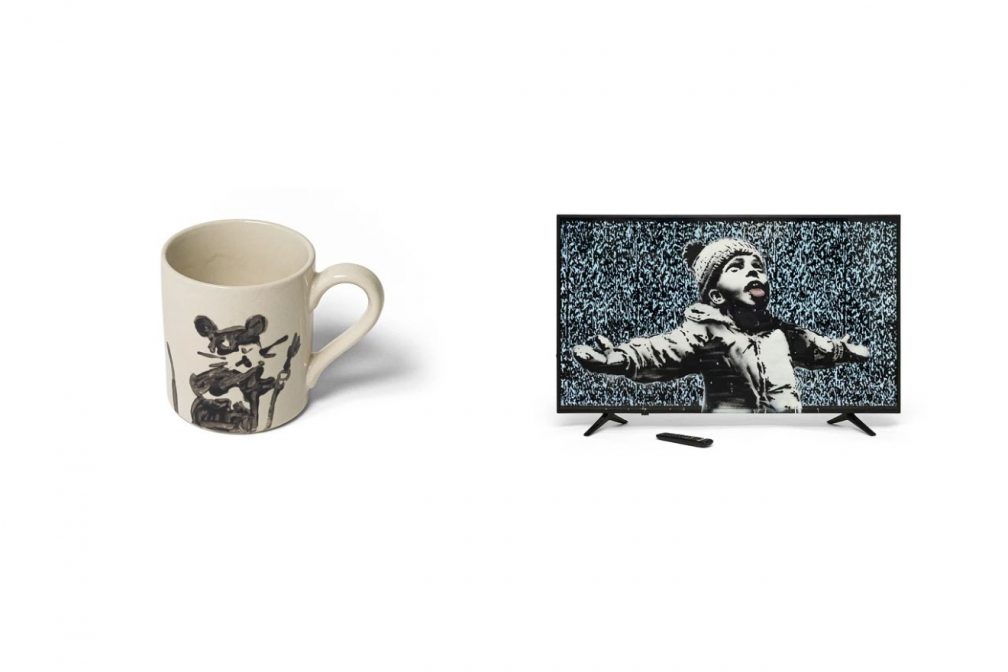 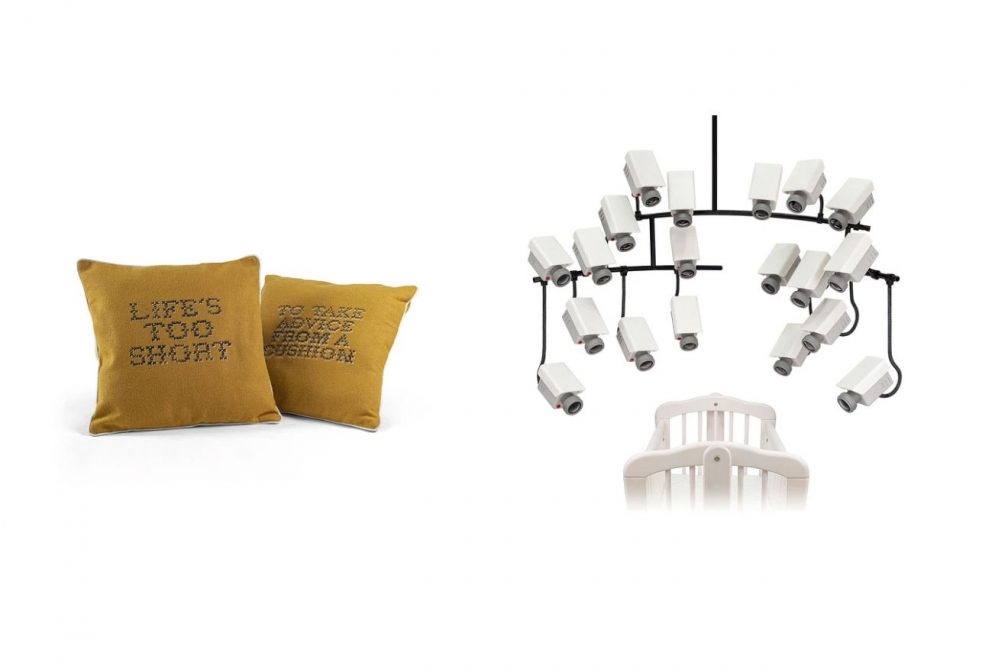 A welcome mat with lettering stitched from fake lifejackets sold to refugees and found washed up on beaches in the Med is retailing for £500, with proceeds going to Love Welcomes, a charity working with women in detainment camps in Greece.

The Gross Domestic Product site also contains a link to Bbay, a platform for buying and selling second-hand Banksy art, which will launch soon. 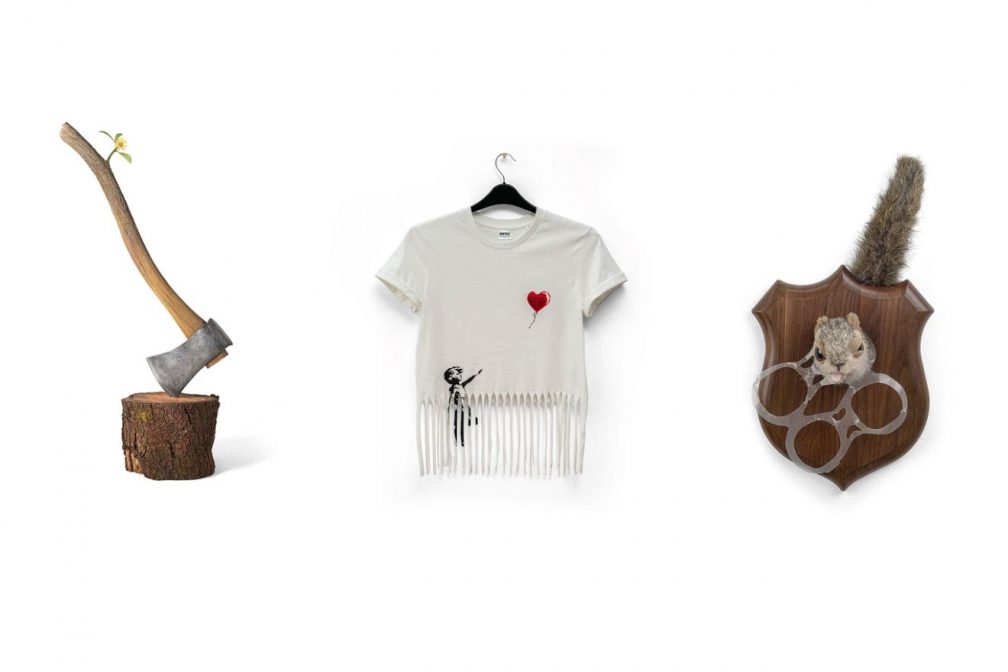 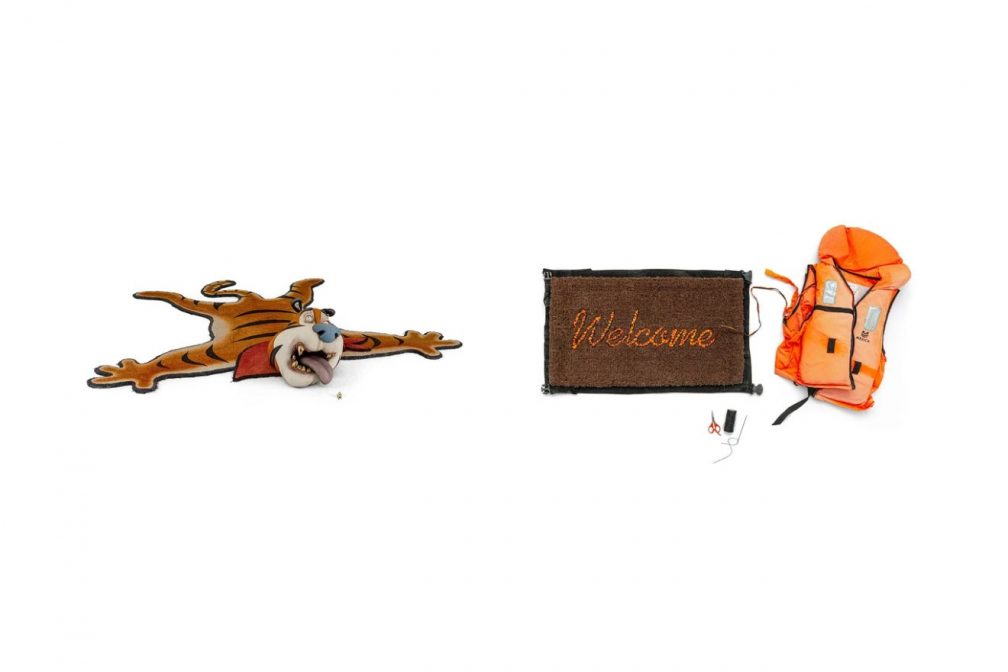 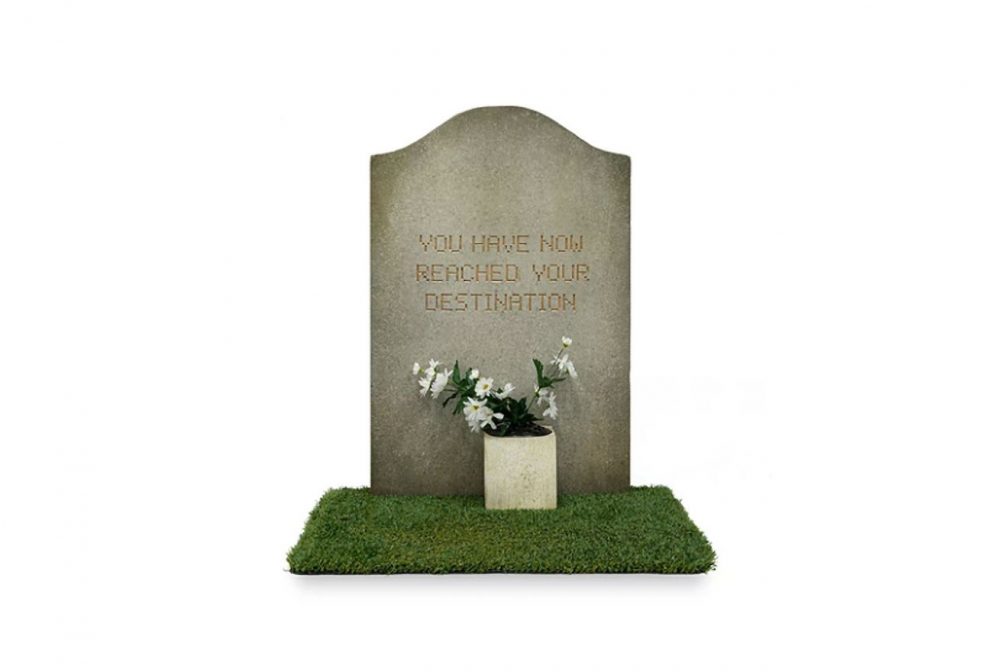