Banksy has set up a pop-up shop, called Gross Domestic Product, which spans across three windows of a former Croydon carpet store and showcases a variety of "impractical and offensive" merch created by the artist.

The shop popped-up overnight on Church Street. The doors will never open, but items will be on display for the next two weeks and are available to purchase online from £10. 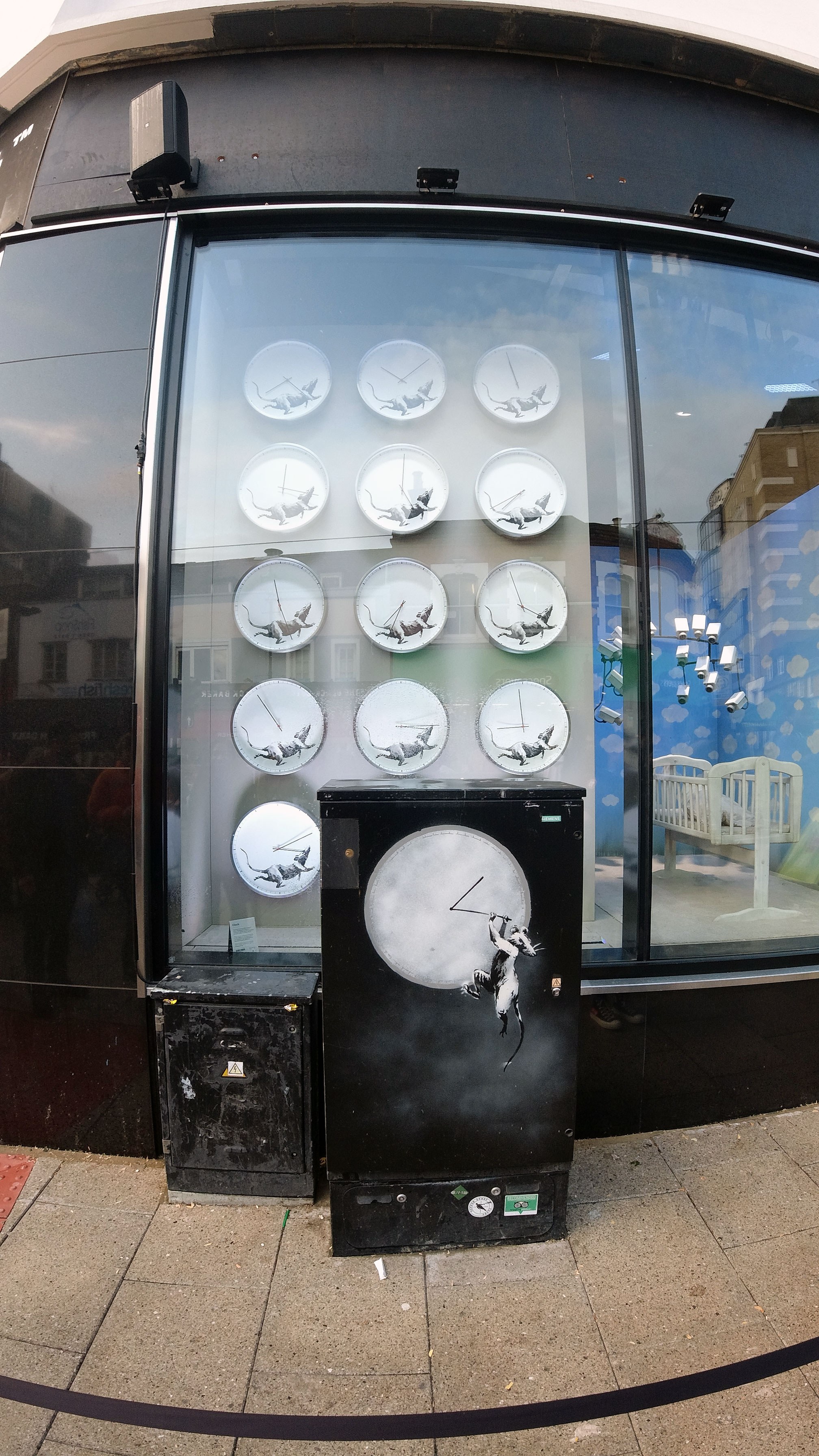 In a statement, the elusive artist said he was being “forced” to launch the shop because a greetings card company was attempting to use his name to sell their “fake Banksy merchandise”.

Items being sold in the shop include the Stormzy Union Jack stab-vest, famously worn during his Glastonbury headline performance, a Massive Attack 'Blue Lines' cushion and a deceased model of Frosties’ Tony the Tiger, re-conceptualized as a rug.

Read this next: Iconic Banksy artwork sells for over £1 million

There are also Police helmet disco balls and a toddler’s counting toy where children are encouraged to load wooden migrant figures inside a haulage truck. 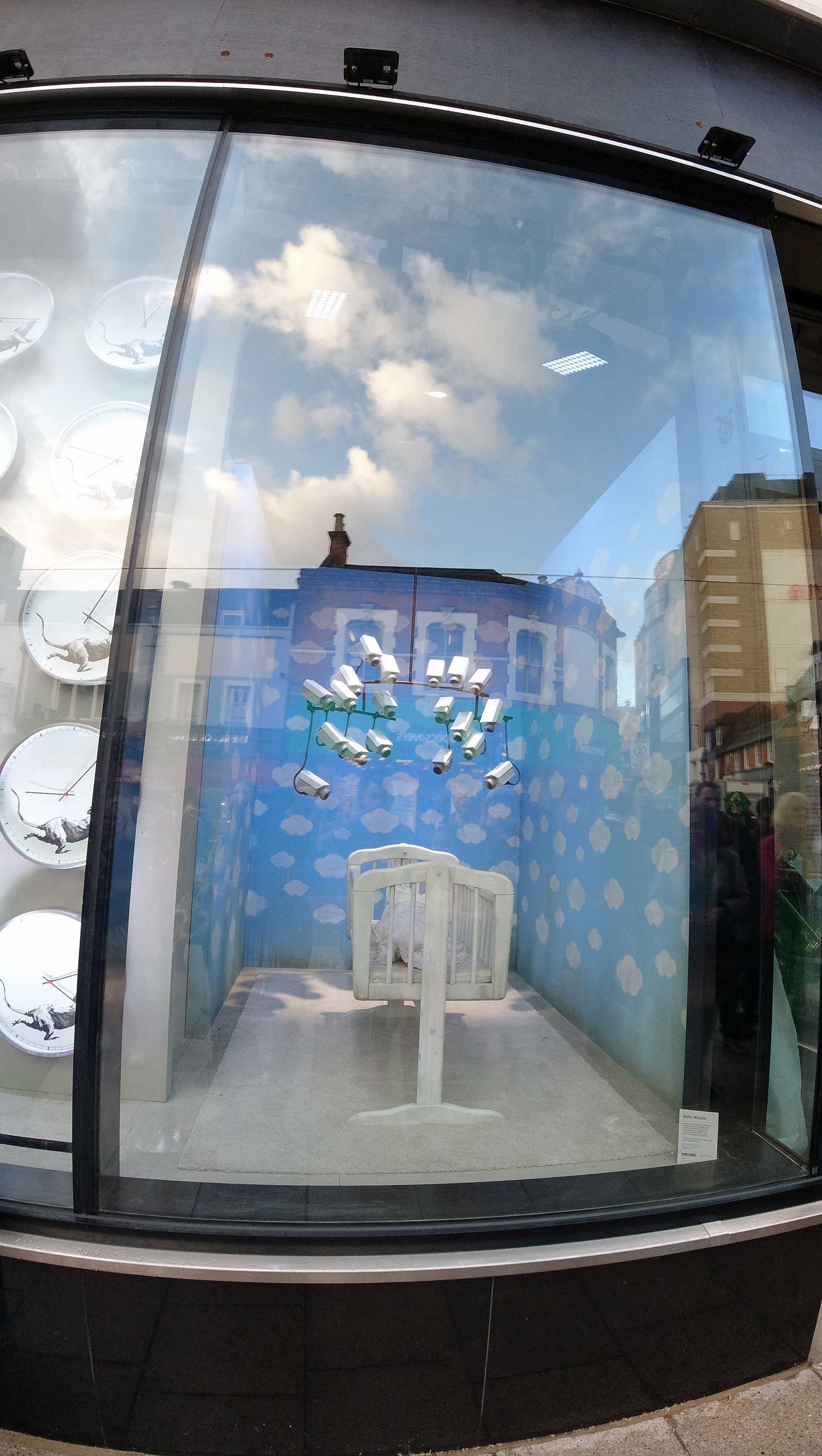 The proceeds will go towards buying a new migrant rescue boat to replace one reportedly confiscated by Italian authorities.

Read this next: Stormzy rocked a Banksy vest at Glasto

This stunt should help him protect the trademark on his art. It comes as Banksy’s iconic House of Commons painting in which he replaces MPs with chimpanzees is set to be auctioned at Sotheby’s on Thursday.