While a typical visit to Los Angeles might not feel complete without an itinerary with beach time and iconic sights penned in, Mixmag knows that those who come to Southern California looking for a good night out will be looking for something a little off the beaten path.

With an underground scene like no other and a culture of people who work odd hours and off days, there's a dancefloor for you to explore on any given night of the week. Most are powered by DIY party crews and promoters who have been walking the tricky line around the city's stringent nightlife laws.

The best tip ahead of a nightlife excursion in Los Angeles is to spend some time getting to know the different vibes and tastes of neighborhoods across the city. Getting from one side of LA to the other can really make or break your experience. Nothing ruins a pre-party buzz like a 45 minute Uber ride. Downtown is home to a handful of house and techno nights, and especially so for some of the more elusive warehouse after parties, so staying in either downtown, Silverlake or Koreatown will put you in a great position to make your way easily to your destination. Hollywood is littered with a fair share of bottle service and open-format nightclubs, but also is home to Sound, one of the more premier nightclub venues in the city that tends to lead with artist bookings in house and techno, along with major venues like The Palladium and The Fonda. Santa Monica, Venice and Culver City will place you on the west side, home to more disco-tinged nights at venues like Senator Jones and occasional Santa Monica Pier live shows.

That’s right. While it might not have the claim to name fame as the City That Never Sleeps, Los Angeles knows how to keep its purveyors entertained on any day of the week - and that means starting as early as Tuesday night.

For those seeking a dose of house and techno early in the week, Tuesday nights at Pattern Bar are a good way to set the tone of the week. With free entry and a picturesque set up with DJ decks positioned at the corner of the venue’s windows facing the busy streets of downtown, Temple Tuesdays are a favored place to mingle and spin for some of the city’s most exciting talents. It’s no surprise that the Tuesday night weekly has been going strong since 2017, maintaining a consistent roster of talent and guests ranging from hometown heroes like Droog to the circuit’s most promising rising stars.

If you find yourself in Hollywood and see yourself as someone with an open ear for a mixed bag of genres, mosey over to Sound Nightclub for Space Yacht. There’s no guarantee what type of music you might be in for week-to-week at Space Yacht, but the promoters stay true to their promise to “showcase the next generation of dance music”, across the board. Whether it’s tech house, dubstep, moombahton, trap or some Frankenstein mix of all the above, Space Yacht are the ones providing a dance floor... and an excuse to ruin your Wednesday morning plans. 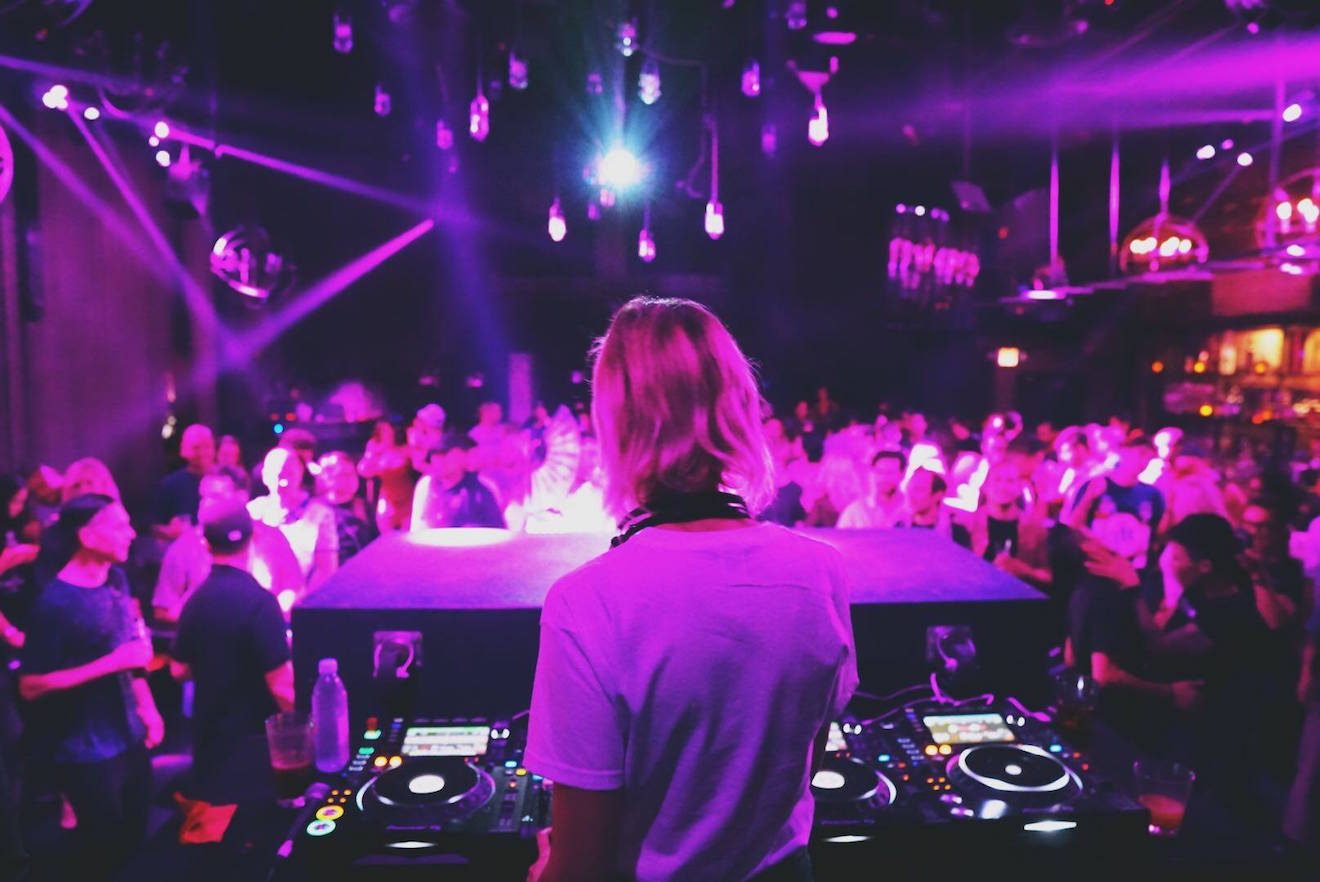 Every Wednesday, house and techno fans in Los Angeles know where they can get a mid-week fix: at Clinic Wednesdays. Hosted at The Sayers Club in Hollywood, Clinic is a tried and true weekly event that's been keeping the city lively on Wednesdays since 2014. Favored names across the electronic circuit like Kevin Saunderson, Magdalena, Matthew Dear and Francesca Lombardo are just a sample of the consistently strong showing of names that come through week-to-week.

Warhol Wednesdays takes place at The Lexington, a swanky spot in downtown Los Angeles. The night is dedicated to techno and bass provided by a rotating list of local LA talents and residents.

Heat Wave is a newcomer to Los Angeles - specifically, the still up-and-coming zone of East Hollywood, offering a weekly Thursday gathering for funk and disco tunes at Gold-Diggers, a new multi-purpose hotel that comes equipped with a bar and recording studio. Gold-Diggers is music-centric, from rooms equipped with Sonos sound systems to vintage cassettes and an exclusive 12" vinyl that guests are welcome to take home, so rest assured that good tunes and vibes will be brought by Heat Wave residents Daniel T and Wyatt Potters each Thursday evening.

Chinatown Sessions is a recurring event that lands on Thursdays at General Lee's, an unexpectedly hip two-story bar in - you guessed it - Chinatown. It's no surprise that people have begun to explore Chinatown, an area that's on the rise as a new destination for music events and venues thanks to its close proximity to downtown LA and a variety of large warehouse or open plan spaces that are beginning to welcome new business. Chinatown Sessions feature music across the house, techno and disco spectrum.

FRIDAY A Dose of Disco

Senator Jones is a newcomer to Santa Monica and a venue that is hoping to leave its mark as a new dance and music-forward destination on the West side, which typically tends to favor bars that range from upscale to dive. For those looking to adventure to a new neighborhood to boogie, Senator Jones offers its Friday evening 'Dose of Disco' nights. Previously, names like Cassian and Tyler Blake from Classixx have dropped in, along with locals and residents. 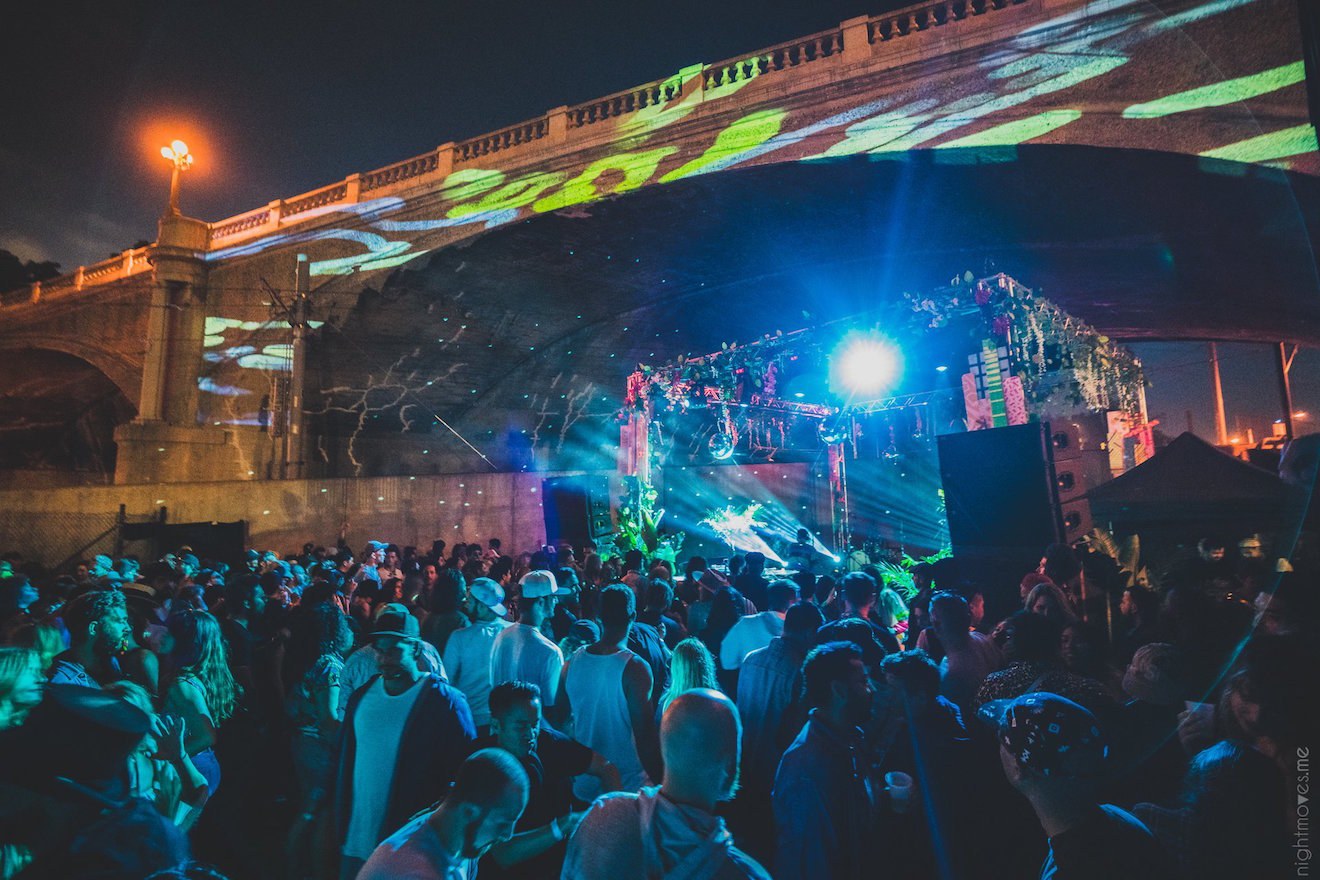 Midnight Lovers has been a consistent for house, techno and disco lovers since 2014. It's a guaranteed good time, keeping Los Angeles' party ready folks happy by bringing names like Adam Port, Octo Octa, Moscoman and dozens more to the downtown area. During summer, they've also introduced a new open-air event, which takes place underneath a Los Angeles bridge, making for quite a memorable backdrop for names like Soul Clap and Man Power.

It'd be unfair to talk about Los Angeles' underground scene without mention of Dialogue, another must-see for those hungering for a bit of good music and a later night out. Francesca Lombardo, Fur Coat and Archie Hamilton all call Dialogue home when coming through the city, so rest assured the music is top quality only. 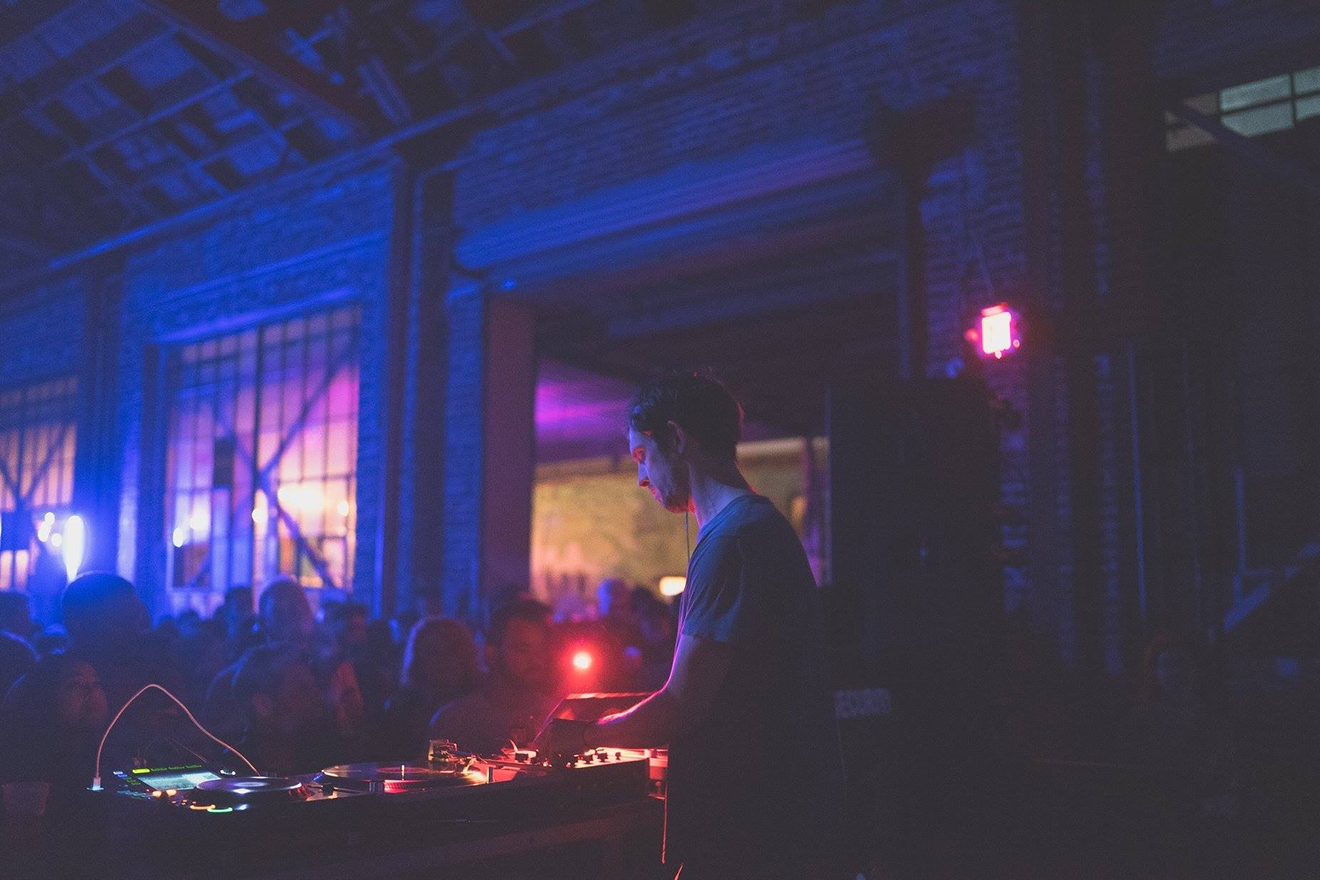 FRIDAY OR SATURDAY Into the Woods

With the weekend overhead, there are certain nights when a 2 AM cut off just doesn't feel like enough. If that sounds familiar, keep an eye on weekly events from Into the Woods, a promoter that champions global talent and invites them into the late-night hours of Los Angeles' warehouse scene for parties that regularly go until 5 AM or later. Fans of Roman Flügel, Moodymann, DJ Boring, DJ Seinfeld and a variety of other coveted names of the underground will be sure to make Into the Woods a stop on the weekend itinerary.

Make it happen! Los Angeles deserves a Night Mayor
How to uncover the best of Palm Springs' music scene
Get the best of Mixmag direct to your Facebook DMs