We're surveying 2017 across a series of features. Here, we make the case for a Night Mayor in LA

Once the chill of early December arrives, along with it comes the flurry of "end of the year" pieces. Here at Mixmag, our global offices like to take a look at our distinct territories and report back on some of the highlighted trends of the year in party metropolitans like London, New York and my home base, Los Angeles.

Despite an impressively seamless transition that began sometime in 2016 from an EDM-loving wave to becoming a more educated audience in search of house and techno lures, 2017 is nearing its end with a disappointingly stark showing of nightlife milestones reached here in Los Angeles, and it's time something be done about it.

The city of Los Angeles desperately needs - and deserves - a Night Mayor.

The biggest headline that came out of California this year was a valiant, but defeating effort of one Senator to push through a bill proposing an allowance for certain counties in the state to extend last call to 4AM (extending it two hours from its current 2AM curfew). The bill progressed for the better half of the year, gaining momentum and succeeding through the Senate level before it was abruptly killed at the following Assembly tier.

Further, early December also marks the one year anniversary of the Ghost Ship fire in Oakland, which took the lives of over 36 partygoers attending an illegal warehouse party. The sobering tragedy damned the surrounding underground scene for the better part of the new year that followed. Alarmed authorities immediately cracked down on smaller, DIY promoters within San Francisco and Los Angeles, which often serve as the lifeblood of the city for those with a thirst for events and sounds outside of the status quo.

It would be a disservice, however, to paint a picture of an entirely barren Los Angeles, which remains helmed by stalwarts of the scene with nightclubs like Sound, Exchange and Lot 613 who often partner alongside independent promoters like A Club Called Rhonda, Lights Down Low, Low End Theory and Minimal Effort to book new nights and big names for the night dwellers of the city. Throw a rock in any direction on any given weekend and you'll probably hit a party with local heroes like Doc Martin, Marques Wyatt or Droog on the bill, staying true to their city and their craft through the decades. Through even the toughest of the times, the city's nightlife leaders have remained.

But, as a sweeping look across the landscape of one year in Los Angeles proves, the city's promising nightlife scene has plateaued - not for lack of effort, but rather, due to an iron-tight grip on the city and a failure to understand the value of a scene so bright, vibrant and diverse as Los Angeles' nightlife.

Where other cities have come to cherish their own versions of the wealth of culture that is nightlife, Los Angeles' has become lost in translation. And it's time something be done about it. 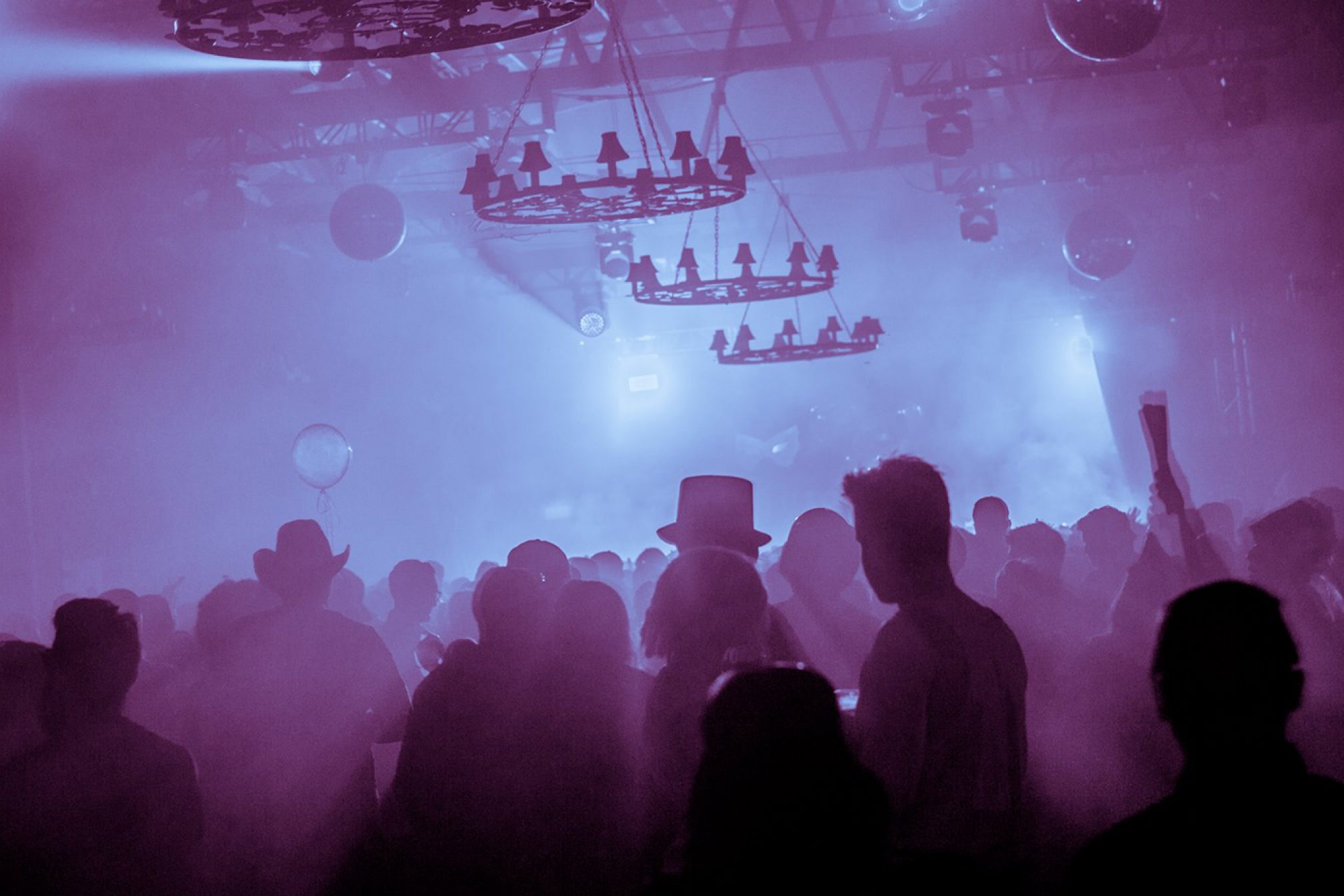 Despite its position as a global leader for all things culture and entertainment, the city of Los Angeles has always had a tumultuous relationship with electronic music and nightlife culture. Since the late '80s and '90s saw rave culture permeate through Southern California, Angeleno music lovers have battled authorities and mass media's attempt to paint them as hedonistic, demonized delinquents of the night.

In the late '90s, a movement dubbed the Right to Dance took hold of San Diego and Los Angeles. Started on the steps of City Hall, the nonviolent protest aimed to convey the message that ravers held close to their own hearts: positivity, community and a shared love of the music. That same fight persisted - through the early 2000s, into the boom of EDM in the 2010s and still, today - to prove to governing bodies that the dance floor and the music played and created for it are valuable threads of the quilt of culture that is Los Angeles.

The concept of a Night Mayor is still a relatively novel one, first introduced in Amsterdam - arguably one of the most liberal global party destinations - in 2014. The Night Mayor serves as a liaison between leaders and the audience of the nightlife community and the city's decision-making committee. An effective Night Mayor balances the needs and wants of both parties in terms of economy, safety and culture. And that means rethinking nightlife as we know it. 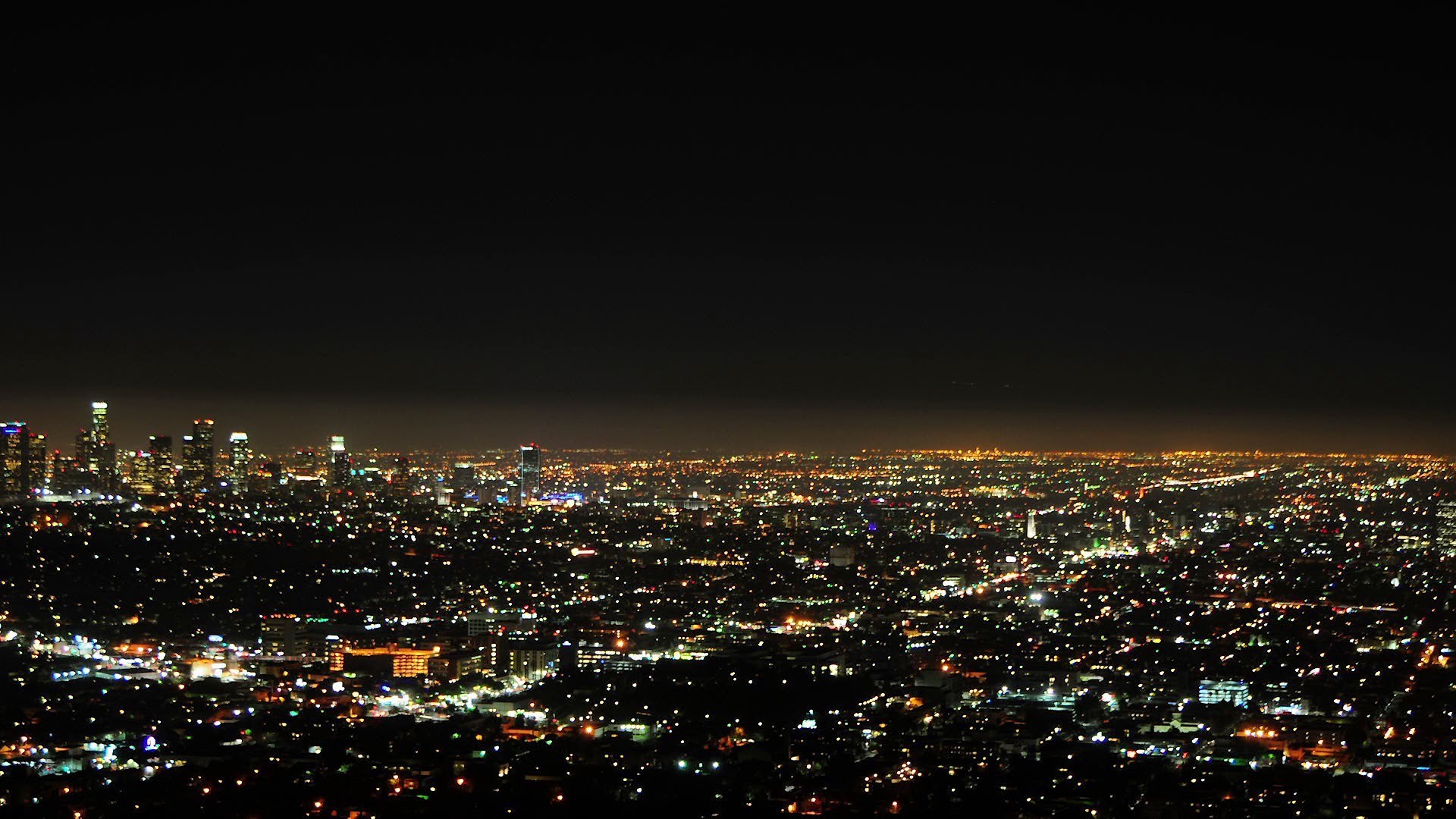 Now three years into the job, Amsterdam's Night Mayor Mirik Milan has essentially become a poster star for the role - and rightfully so. Though his list of feats both big and small are numerous, his proudest achievement is the integral role he played in introducing a 24-hour alcohol license to Amsterdam. Inarguably, the around-the-clock license encouraged a blossoming of new opportunity for all-night venues and parties, helping to push Amsterdam ahead of the pack as Europe's new clubbing capital. But how was it done?

At first glance, convincing an official governing body of a buzzing, metropolitan to agree to a 24-hour alcohol license sounds like a near impossible feat. But Milan, who comes from a history of promoting and working within the industry, calls himself a "rebel in a suit", and succeeded by flipping old stereotypes on their heads in ways that made clear and perfect sense. Working closely with the Mayor, he reframed a night out in ways that benefited the city while simultaneously ticking the boxes for industry folk as well.

Economically, opening nightlife up to a 24 hour window allowed the creation of hundreds of hospitality and service industry jobs. To tackle safety, Milan thought smart; he explained that eliminating a cut off actually increased city safety by allowing drunk partygoers more time to drink at a relaxed pace rather than rushing to beat the clock. Additionally, dispersing crowds throughout the night avoided putting hundreds of inebriated people into the streets all at once once clubs and bars across the city closed at the same time. Finally, in partnership with the Mayor, Milan carefully selected a handful of 10 venues which would receive the license, all located outside of the city's busiest center areas and most of which highlighted historic or culturally important parts of the city.

And it worked. A living, thriving piece of evidence is De School, which, in a former life, was a technical school built in the '60s. During Amsterdam Dance Event, the venue comes alive with charity games happening in the "gym", a record pop-up nestled in the garden and a restaurant serving lunch during the daytime hours. 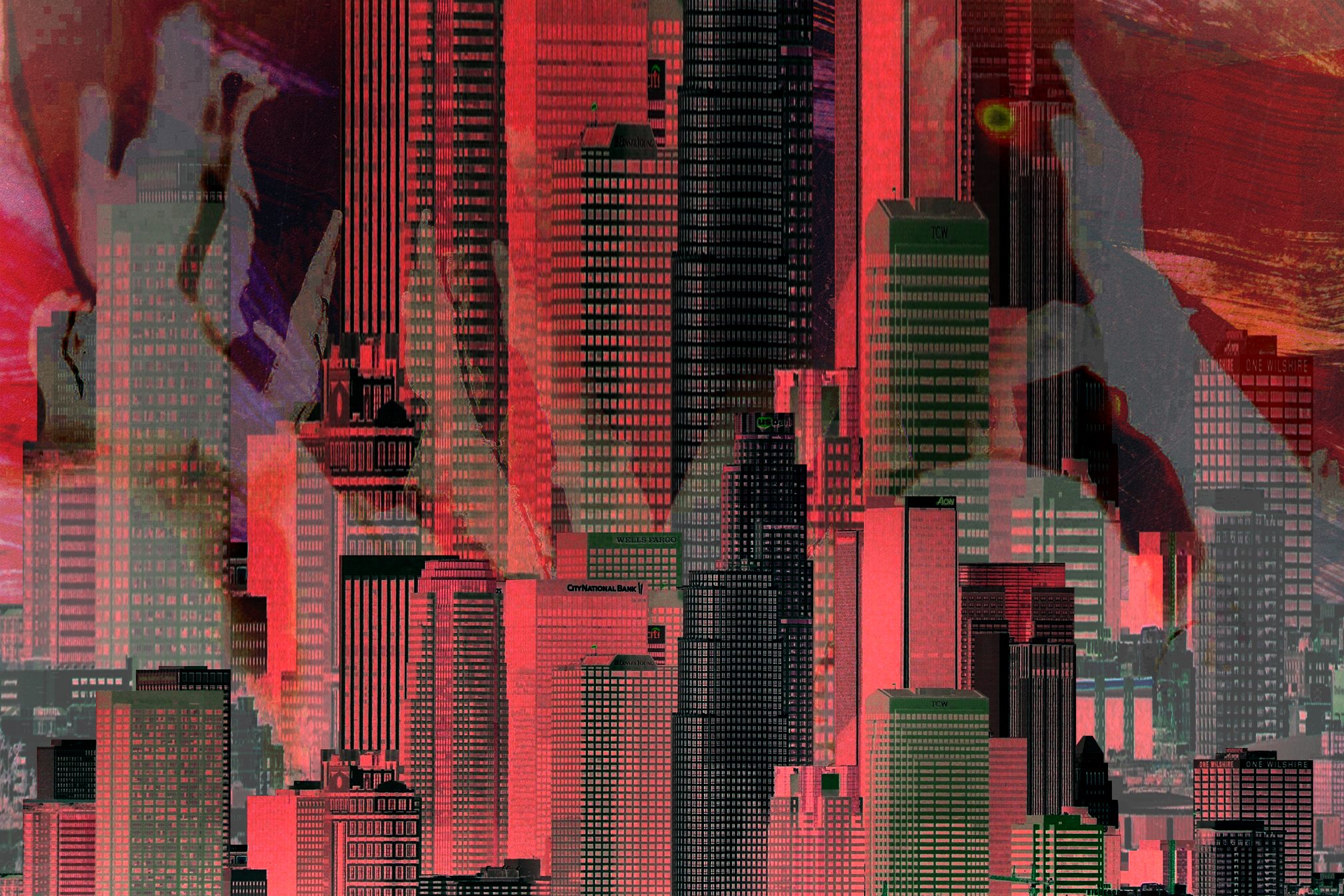 Mirik Milan sees potential in Los Angeles in the way he did for Amsterdam, too. "Legislation will change in the future," he begins in an interview with Billboard. "But what is really important is that the nightlife participants work together with the city and create their own vision for what they want as a future of LA nightlife."

A Night Mayor could play an integral part in translating between venue owners, promoters, artists, partygoers and the city's rule-making committees. It's time the city work together to evolve nightlife culture into a valuable, beloved part of the quilt that makes up Los Angeles.

Already, the movement has begun. Senator Scott Wiener, who originally proposed the LOCAL Act to push back California's state curfew to 4 AM instead of 2 AM, has since gathered together a strong committee made up of nightlife operators and workers from venues to restaurants to hotels and simultaneously reached out to choice Mayors of cities with bustling nightlife scenes. Places like Los Angeles, San Francisco, San Diego, Oakland, Long Beach and Sacramento have been tapped up in order to receive support for his second attempt to push the bill through. "Our new version of the LOCAL Act contains the exact same provisions as the previous bill, but instead of allowing every city in the state to extend hours (which had caused concerns in some cities that never would have extended hours anyway), the new bill is a five-year pilot program limited to the six cities whose Mayors have expressed interest in having the local option to extend hours," Senator Wiener explains. It'll be introduced officially in January.

The Act will allow local officials of each district to deliberate and decide how and where exactly the extended licenses will be granted. A Night Mayor for Los Angeles could be the catalyst the city needs to not only implement the LOCAL Act, but to pull up electronic music out from the dark, hidden corners, dust it off and present it not only to the city, but to the rest of the world as a proud piece of Los Angeles culture. 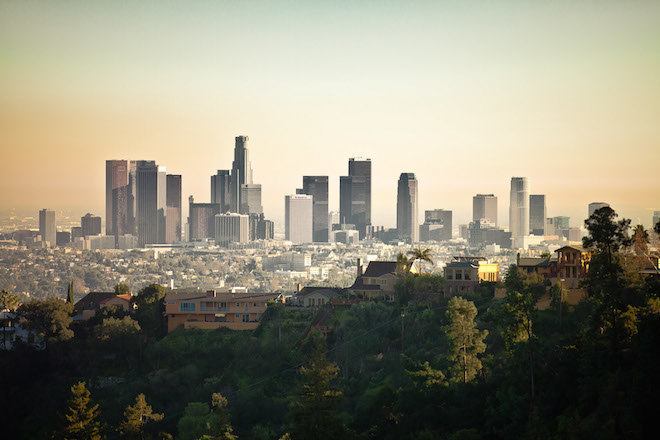 But it's not just about longer hours for the city. A Night Mayor's role focuses on safety, while also uplifting nightlife out of its image in the darkness, as the enemy. Another major problem Los Angeles faces is its notoriously longwinded and high-price tag process to receive proper permits. The process to open a new venue takes, on average, five to six years - during which many owners often go bankrupt before even having a chance to open their doors. The extensive process discourages ground-level promoters, forcing them to go underground and skirt dangerously around necessary safety permits. Most needn't a second reminder about Ghost Ship to understand exactly how wrong it can go without a role for promoters and nightlife purveyors to provide transparency and communication with its city.

It's time Los Angeles face the facts: nightlife isn't going anywhere. In fact, nightlife has helped to make Los Angeles a desired and revered international destination - let's be honest, the Oscars wouldn't be anything without its afterparties, would it?

Working in tandem with city officials is a model that works all around the world; London is a prime example. Mayor of London Sadiq Khan could not ignore the noise that surrounded the closure, then following reopening of fabric and he chose to instead listen to his city and take their lead. He followed up with promises to make London a "24-hour city", calling clubs and live music venues the "backbone of the city". He promised to make nightlife needs a priority upon his election term in 2016, explaining that without such a oath, he realised that the city would soon be drained of its young people and creatives, people who would flock to nearby cities like Amsterdam and Berlin to fulfil their late night needs.

Even elsewhere in the States, New York has championed the Night Mayor concept with their own introduction of an entire Office of Nightlife, created in an effort to battle the noticeable depletion of the DIY community. Nightlife is a $10 billion industry in New York, and the Office was deemed a necessary government extension to protect, serve and navigate safety and licensing for the community. Since then, New York has successfully repealed its outdated no-dancing Cabaret Law and witnessed music events, formerly restricted to off-the-record venues, blossom into a fully-fledged warehouse extravaganzas. These are the parties have made New York City a global hub for electronic culture once again.

With the community working as a team, Los Angeles will be forced to recognize the many bountiful benefits that come along with a supported, nourished nightlife landscape. There's a beautiful, promising future ahead for the city and its nighttime hours. But for us to get there, it'll require patience and unwavering dedication from a community of people that are in it because of the music - underground or not.