Dearly beloved, we are gathered here tonight in the presence of family, friends and 1,700 music lovers to celebrate the unstoppable rise of UK bass artist Holy Goof. If any person can show just cause as to why his rampant low-end fusion may not continue, please speak now… Or forever hold their hands up, jump on their mates’ shoulders, go ballistic to drop after drop after drop, scream ‘fuck off!’ as loud as they like, throw shoes and have the absolute time of their lives.

The church: Electric Brixton. The ceremony: Holy Goof’s largest headline gig to date to launch his mix compilation ‘Globes’, a document that captures the essence, energy and talent in the current UK bass movement. The scene: a sold-out club of almost 2,000 people going absolutely batshit, expressing riotous levels of gung-ho energy and fervour comparable to the explosive development of mainstream dubstep in the late 2000s. The intensity is palpable, the crowd’s roar matching the flamethrowers that spit fire on the stage as Goof launches into his set with his remix of Tiësto & Dzeko’s ‘Jackie Chan’.

A supersized avatar looms behind him on a massive screen, mirroring his enthusiastic shapes. It mutates into splintered, trippy graphics that shatter across screens in front of him. The basslines are shelling down from all sides, the visuals are popping peepers-per-minute, fireworks and CO2 explode at the drops and the packed Electric Brixton dancefloor is living up to its high-voltage name. These aren’t just scenes, these are legitimate moments, for the crowd, for Goof and for this new strain of UK bass that’s attracting epic congregations of young ravers for the last four years, taking clubs and festivals by storm and gradually infiltrating dancefloors around the world. 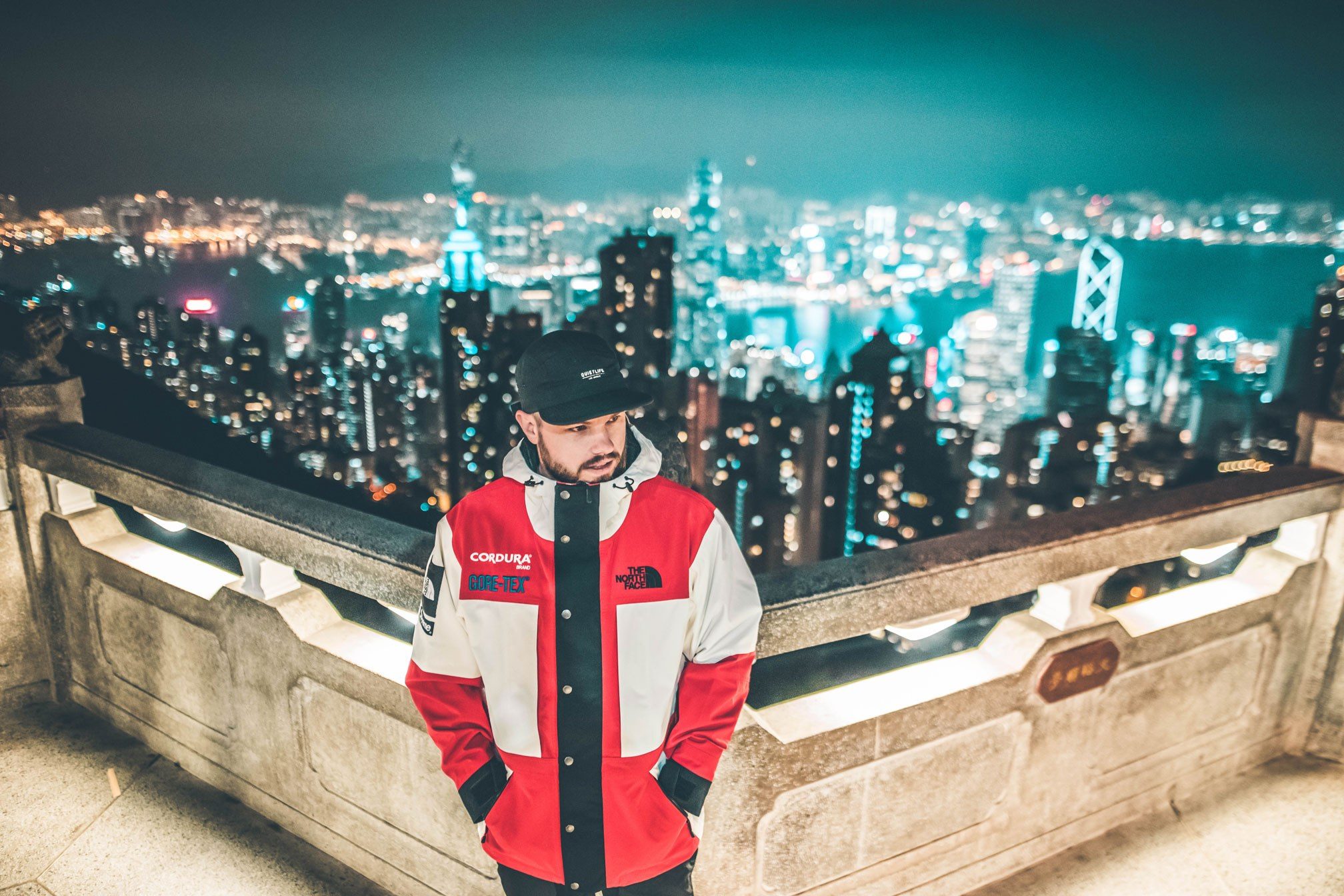 Since emerging in December 2014 as an anonymous alias, Coventry born-and-bred DJ/producer Holy Goof has been at the fore-front of this movement. He’s grown with it. And, like the most exciting protagonists in any genre, he’s pushed it and shown how far it can go. Setting some of the genre’s highest bench-marks to date as he’s gone from emerging in 2015 with support from acts such as Royal T, DJ Q & Flava D (aka TQD) and My Nu Leng, and a consistent presence with bass evangelists UKF, to last year’s Fabriclive album and recent remixes for EDM megastars Martin Garrix and Tiësto.

Here’s another example of just how rapid and scaled-up things have been: his last sold-out London headline show was just over 18 months ago at The Nest, a club with a capacity of only 400. Effectively, Goof shows have more than quadrupled in size in less than two years. And that’s just headline gigs; over the last few years Goof has slayed every festival worth waving a lanyard, at with 5,000-8,000+ arena-squeezing shows going down from Nass Fest to Tomorrowland via Creamfields.

Clearly, whether it’s festival bookings, his own headline tours, collaborations with luminaries such as DJ Zinc, his precision-timed releases or his major league remixes, things have gone ballistic for Goof. And, it could be argued, for this relatively new form of bass music at large. But what to call it? Some, especially those in the US, call it bass house. Others who’d rather not limit the genre simply call it bass. Most, however, call it bassline. Goof has his own take on the movement.

“I don’t consider what I do to be bassline, no,” he explains. “The public have called it that. And that’s cool, but to me bassline is the original sound I was getting into and started playing ten years ago: organs, chords, melodies, very musical. Some of those elements are still in place with some producers, but the sound has developed. There’s a lot of different pockets within it now; there’s the housier vibe, the more classic bassline-influenced side, the harder, grittier stuff...” We’re in a quiet Shoreditch restaurant. Goof is engaging, friendly and funny, dressed in relaxed joggers, Nikes, Supreme cap and a crisp white North Face jacket. 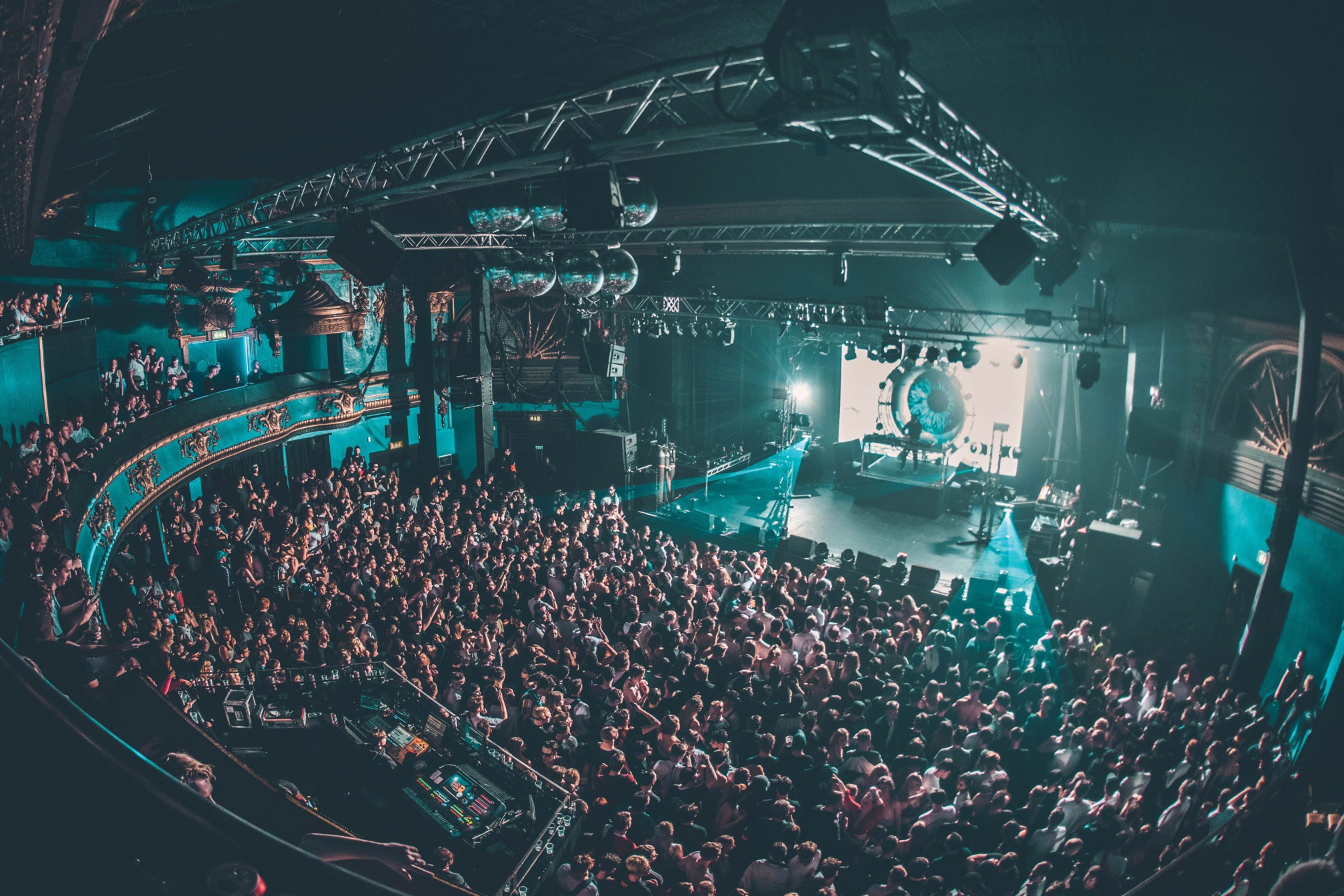 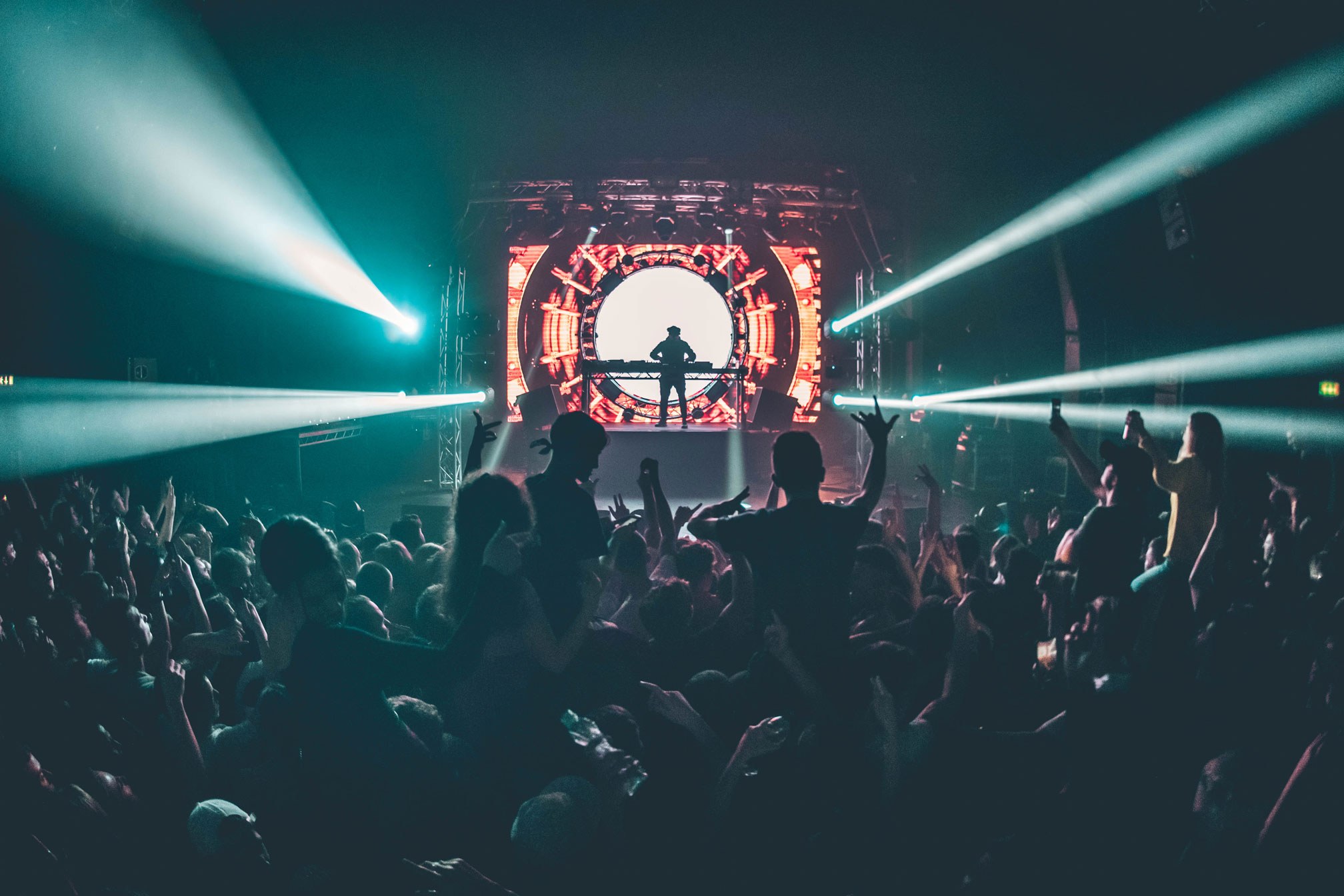 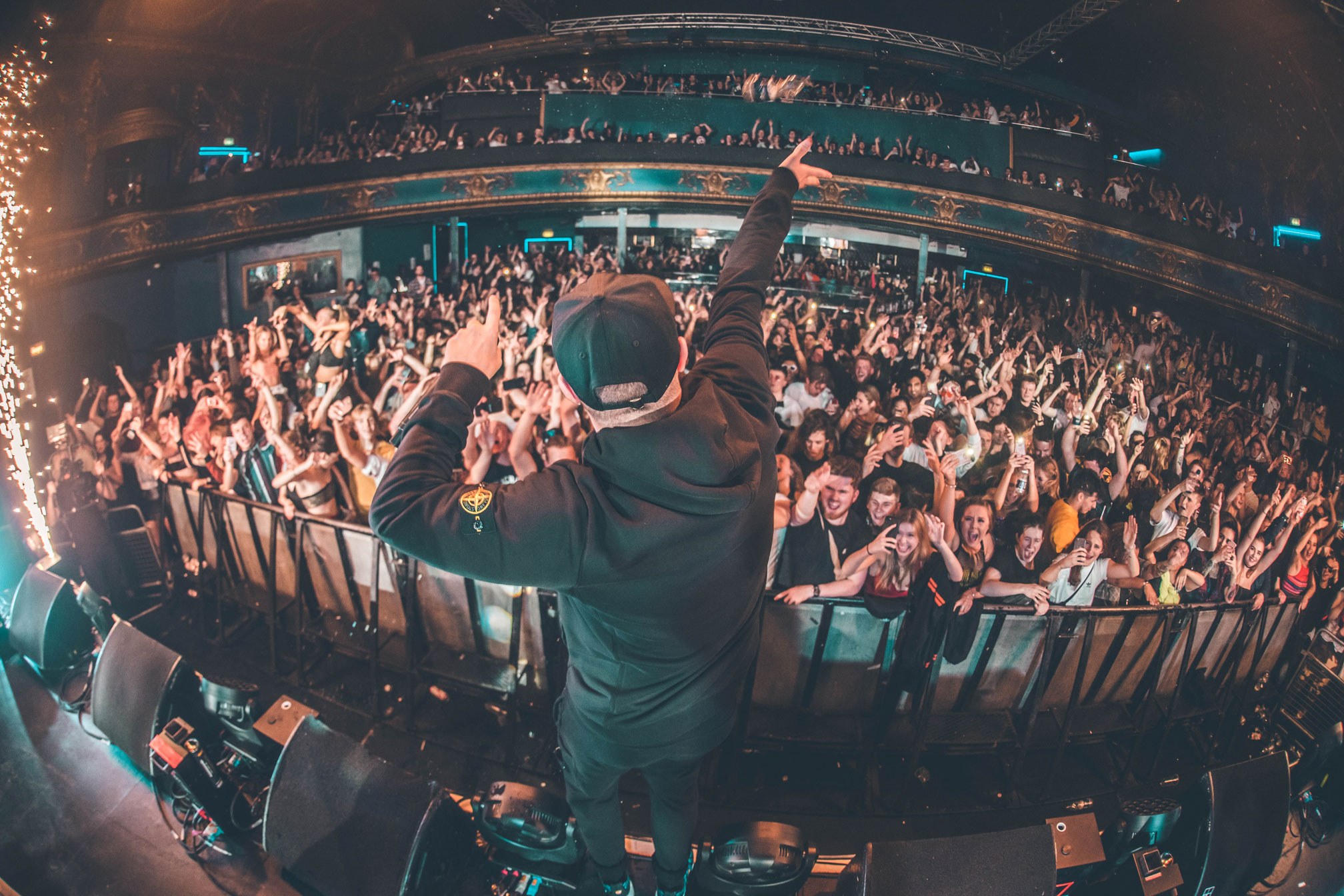 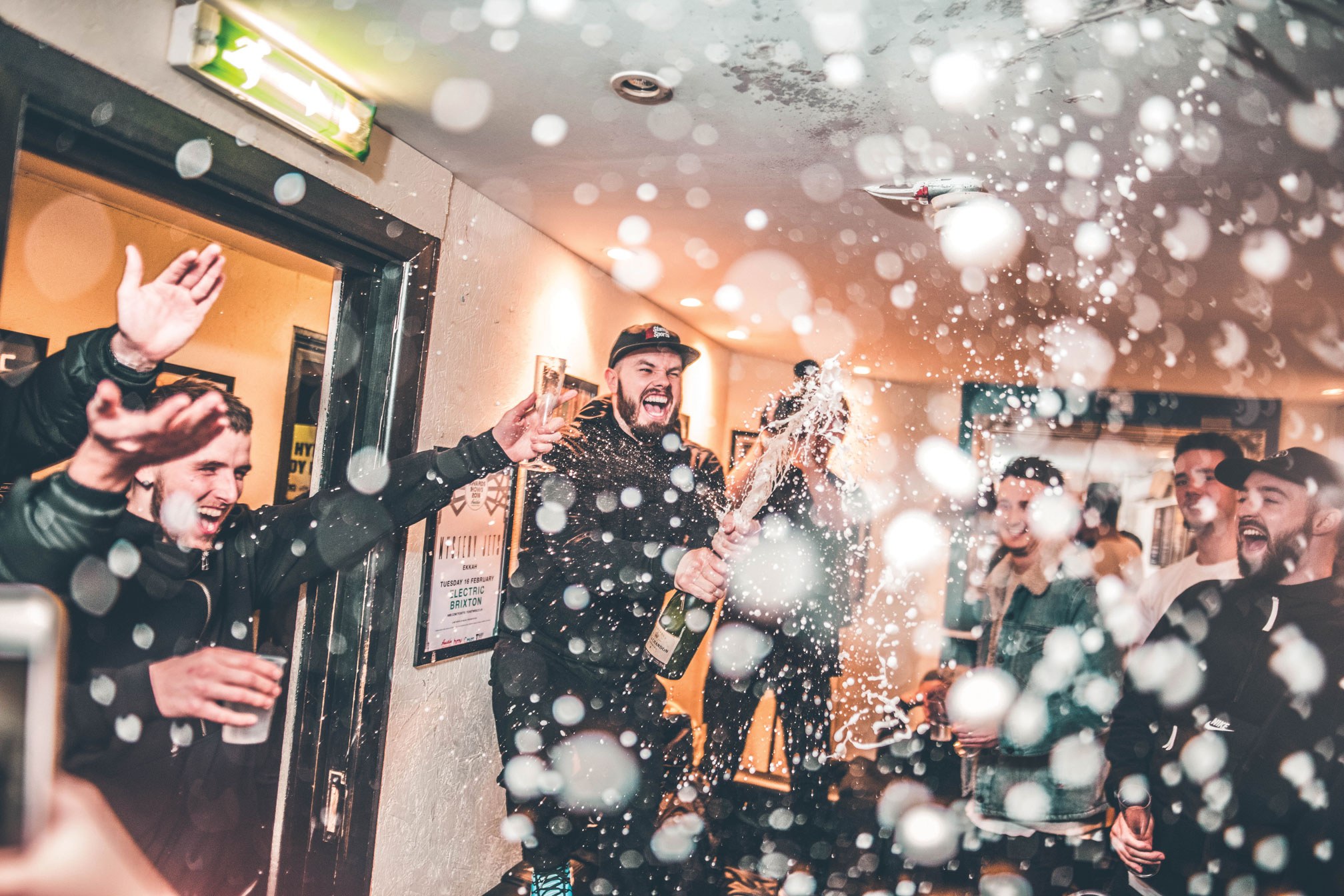 Largely, bassline is now a much heavier, rowdier vibe than the UK garage subgenre that’s rooted in late 90s speed garage and was nurtured and developed in clubs such as Niche in Sheffield and enjoyed its shoutiest spell under the spotlight in the mid to late 2000s. And while traces of original bassline do still exist in the genre (hooky riffs and bumping four-to-the-floor grooves), there are many other elements in today’s bassline mix: the higher frequency dynamics of mainstream dubstep, the brazen obesity of electro with its widescreen weight, the technicality, mixdowns and energy of drum ’n’ bass. Goof’s right: it’s not traditional bassline, it’s a potent hybrid of the last decade of accelerated electronic youth genres, and it’s been kicking right off with little attention from music press or mainstream blogs who would usually rush to coin a term. “I’m not calling it anything,” laughs Goof, trademark smile spreading across his entire face. “I’m just making what I make!”

As his name suggests, he doesn’t seem to take life too seriously. But professionally he’s deadly earnest and seems extremely focused. He often pauses to consider exactly what he’s saying. He’s aware that, as a figurehead in a movement that has had very little press attention, he’s responsible for representing it fairly; an ambassador. “This is basically why ‘Globes’ happened,” he tells us. “Besides UKF, who were supporting my tracks and featuring me very early on, we’ve not received much support from the industry at all, so I want to put a spotlight on all the sick talent in this scene.” He doesn’t lament the lack of spotlight, by the way. If anything, it galvanises the movement and amplifies his determination even more. Everything he’s achieved, and the loyal fanbase he’s developed, has been off the back of his own music and a feverish work ethic that can be traced back to his training as a boxer, a sport he took to English champion level at age 15.

His own musical path smacks of the same diligence: first as a bassline DJ, taking it upon himself to drive up and down the country putting mix CDs in record stores, then spending four years as part of a bass/grime/dubstep fusing duo called Filthy Vicars who supported Wiley, DJed for the likes of P Money and held down a residency in Birmingham’s legendary Rainbow courtyard. He also has form as a promoter, and was responsible for bringing the likes of
DJ EZ, JME, Sir Spyro, D Double E and many more acts to Coventry for his Footwork parties during the early 2010s. All this graft since his teens has been invested and compounded in the Holy Goof project. It’s paying off… and he’s paying it forward. 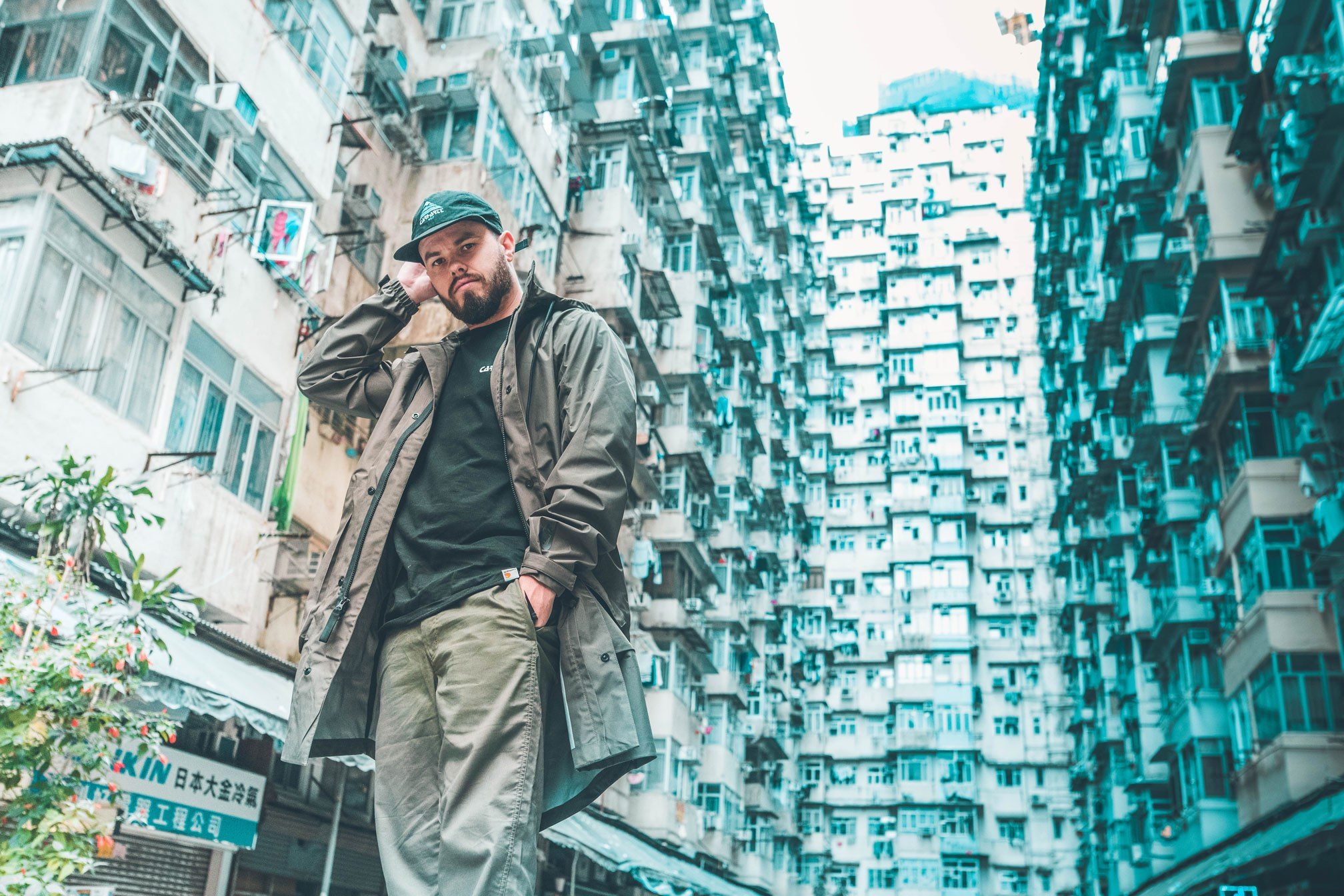 “I’m in a position where I can help,” says Goof backstage later on, suited up in industry standard black jeans and hooodie. It’s just moments until the most significant show of his life so far. He’s so hyped he can’t sit still, constantly breaking off to greet friends and fans. It’s easy to picture a younger Goof bouncing in the changing rooms ahead of a boxing match, intense, alert, excited but totally at home and comfortable in his skin. Like the avatar in his impressive stage visuals, he’s currently a heightened version of himself – and he’s eager to get out and play.

“I’ve played in some of the most beautiful and craziest places and parties in the world and taken this music to those places,” he tells us. “Not just my music but everyone’s music! I’m seeing more and more parties kicking off to this music, so I want to make sure they know who it’s coming from and they can follow and support them and get those guys bookings in mad places. I want to see this music being made by people in Germany, Australia, America. That’s what ‘Globes’ is about; helping build this UK sound into a worldwide sound.”

It’s happening, too, as acts such as Jauz and Diplo pick up bassline and put it on blast to their supersized fan-bases. Goof’s bootleg of Drake’s ‘God’s Plan’ was also a considerable catalyst, scoring over 12 million YouTube views and getting hammered by Tiësto and Jauz on EDC and Ultra level main stages. Meanwhile the bookings for Goof and fellow bass peers such as Chris Lorenzo, TQD, FineArt, Notion, Jamie Duggan, Skepsis and many more are popping up further and further around the globe with more European bookings and Australian and US tours. Which is where Goof wants this style
of bass music to be.

‘Globes’ arrives at a critical moment for the genre. After four years of club incubation, it’s time to either go even bigger and cement its status as a sound that won’t die or fade away for a few years, like many other bass genres have, or go home. “Everything or nothing at all,” grins our holy hero, with a glint in his eye. And with that he leaves the green room and heads to the side of the stage, ready to step to the pulpit and celebrate another moment of rampant low-end fusion. Mixmag, meanwhile, heads front left to climb on a mate’s shoulders, shoes off. Amen.

‘Globes’ by Holy Goof is out now on HGMusic