1997 was an amazing year, wasn't it? Titanic broke our hearts and became the highest grossing movie ever while Batman & Robin became the shittest movie of all time, Mike Tyson bit off Evander Holyfield's ear during a boxing match and the Nintendo 64 was released. Eventful to say the least. Although the N64 gave us Super Mario Kart and The Legend of Zelda: Ocarina Of Time, it was another major game release that would not only define the year, but define the video games and entertainment industry forever.

The uber-violent, massively sadistic and compellingly addictive video game gave birth to a whole new generation of gamer, a gamer who threw caution to the wind and took great joy in running over pedestrians. Look, we're not saying that's cool or you should apply those tendencies to real life, but in the context of Grand Theft Auto, it was pretty fun. What started as a birds-eye driving game developed by Rockstar Games, became an unstoppable force of popular culture. The first two games caused an absolute shit storm when they were released, with the UK, Germany and France condemning it for its extreme violence. Hell, Brazil banned it when it first dropped.

But that's what attributed to its early success. The taboo aspect and the downright shocking content helped shift copies and, to date, the franchise has sold over 250 million units, making it the fourth bestselling video game series of all time. Grand Theft Auto III took things to a new level with a 3D, immersive environment and for that period, Liberty City (based on New York) became a home away from home. Grand Theft Auto: Vice City and then San Andreas followed, taking the game to even dizzier heights. If you wanted to do things by the book, you could. At the same time, if you wanted to get out of your car, hit a cop with a baseball bat then drive off again, that was also allowed. To be honest, it was encouraged.

Grand Theft Auto IV and V were the next-gen versions and by this point, the GTA universe had hit astronomic heights. The game is sick, the characters are amazing and the music, well, that's why we're here now.

The radio stations of Grand Theft Auto are perhaps as iconic, if not more iconic than the game itself. Each game had a different set of radio stations, each radio station had a different set of tunes and when we say tunes, we mean absolute fucking classics. As Grand Theft Auto leaves its teenage years behind and turns 20 this year, we pay homage to the best stations, the best hosts and the best goddamn power ballads. Here are 20 of our favourite tracks but we should say this now, this was one of the hardest lists we've ever put together. Every single station BANGS.

See you for the sixth installment soon. 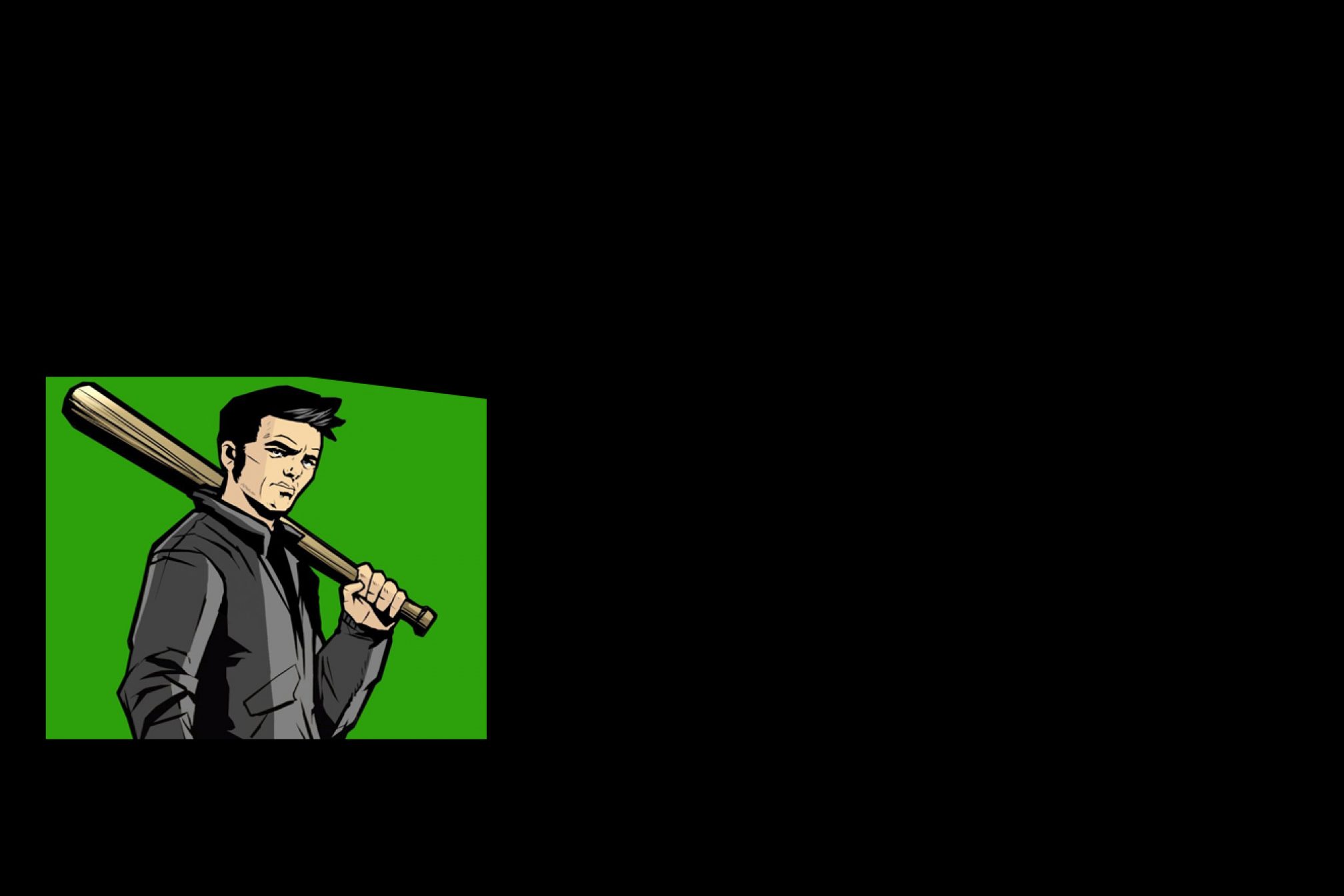 We start from the the beginning. Kind of. The first Grand Theft Auto didn't have any radio hosts and all the music was credited to fictitious bands (although if you put the game disc in a CD player then you could listen to the soundtrack in full which is pretty cool). But no, it was GTA 2 that brought the radio station hosts and mixes that the game would come to be so well-loved for. Over on Funami FM there was the high-pitched lady screaming in Japanese, a schizophrenic DJ and even drum 'n' bass pioneer Moving Shadow. But it was 'Computer Lust' by the fictitious Voice Box over on Lithium FM that we were always happiest to hear, a jazzy, driving deep house number that we wouldn't be surprised to find a 12" copy of knocking about on some mid-90s fusion label.

Flashback FM, Liberty City's destination for Italo, pop and just outright classics. There were around six tracks on regular rotation and all of them were taken from the soundtrack to Scarface. That means some Giorgio Moroder bangers and our pick of the bunch is the synth-laden classic from Blondie's Debbie Harry. 'Hush Hush', baby.

MSXFM was the one. Seriously, people, it was the one. GTA III was many a gamer's first introduction to the franchise, with the first two not getting quite the level of publicity the later ones would. The move to 3D graphics and sleeping with prostitutes really put the moral on the spotlight, but thankfully there were other things to do like speeding around in a Banshee to drum 'n' bass station MSXFM which was a pitch-perfect rip-off of any London pirate radio station. Shouts MC Codebreaker forever.

By the time we were into GTA: Vice City, the franchise was truly big time. Michael Jackson tunes were in the soundtrack for fuck's sake. But nothing beats the smoothness of Kool & The Gang's 'Summer Madness' especially when you're trying to rack up that insane stunt bonus on a PCJ-600. 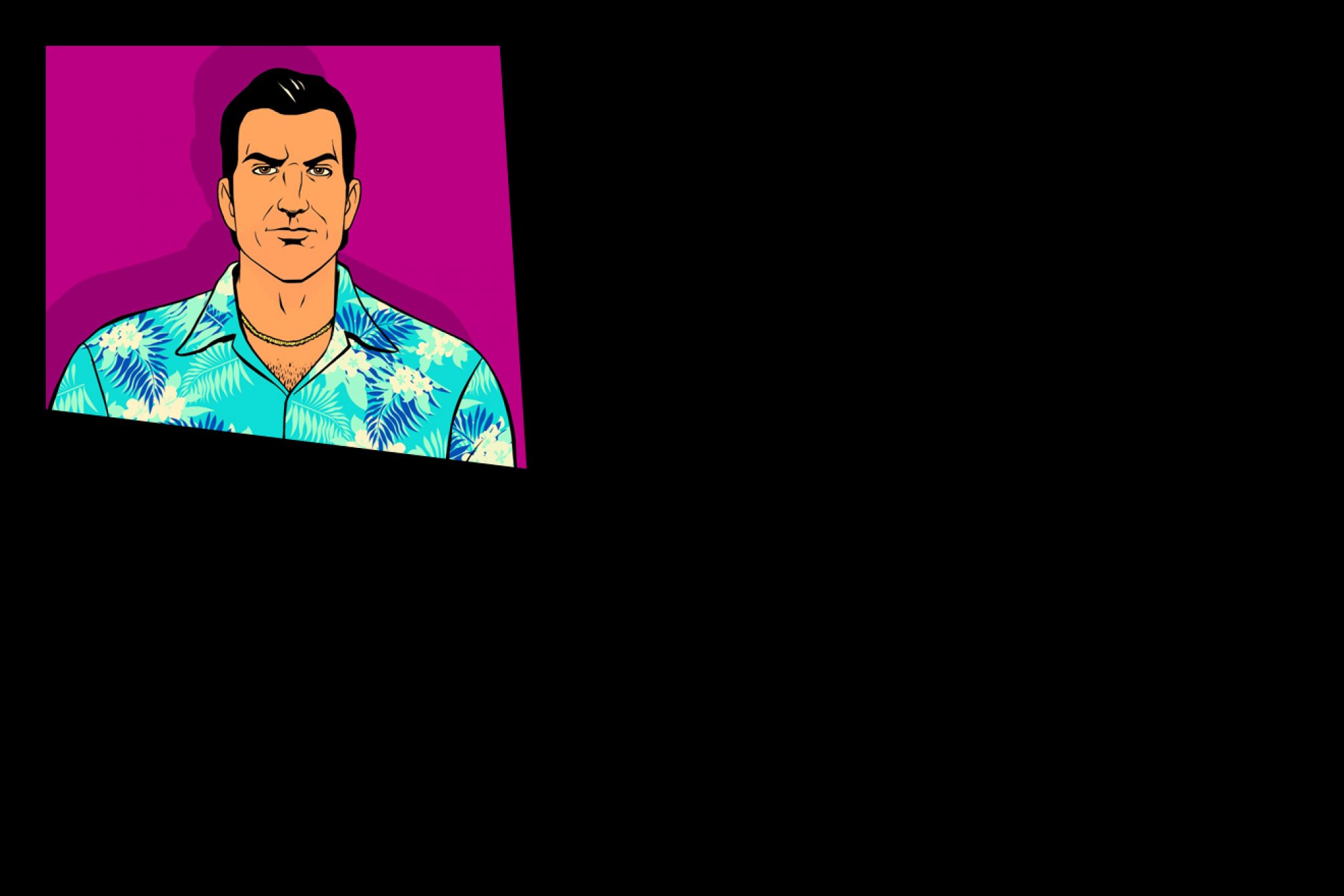 To be honest, this track is the most Vice City track you hope to hear on the radio. If Grand Theft Auto: Vice City was based on anything, it's Miami Vice, the hit 80's cop show where pastel suits were the most desired and smoothest garments known to humankind. Crockett & Tubbs made crime-fighting and murder investigation look so sexy so when 'Crockett's Theme' by Jan Hammer blasts on Emotion FM, you know it's fucking game time. This. Is. Miami.

This track doesn't really need much intro. The iconic, the legendary, the monumental 'Rockit' by Herbie Hancock is one of the most essential driving tunes, especially if you're cruising down South Beach in Miami - sorry we mean Vice City.

If Flashback FM started things off with an Italo, pop flex in GTA III then Flash FM came charging in, grabbed the rule book and threw into the beautiful, golden-red sunset. Hosted by the enigmatic Teri & Toni, the disc jockeys drop some absolute pearlers and they did so with some pretty raunchy chat in between. Hall & Oates, Michael Jackson and The Bugles all made appearances but it was Wang Chung's 'Dance Hall Days' that gave us all the 80's feels.

It's weird to look back really in 2017 when disco parties are attended by any discerning hipster with a love of Floating Points and flowery shirts, but disco was a dirty word in the early 2000s. Grand Theft Auto: San Andreas came out in 2004 at a time when emo was on the way in, The Strokes and The Killers had everyone's attention but they still created Bounce FM, a station that had as many disco hits as you can shake a stick and, in a way, spotted the revival well before it was a twinkle in the milkman's eye. Selections like these prove that. 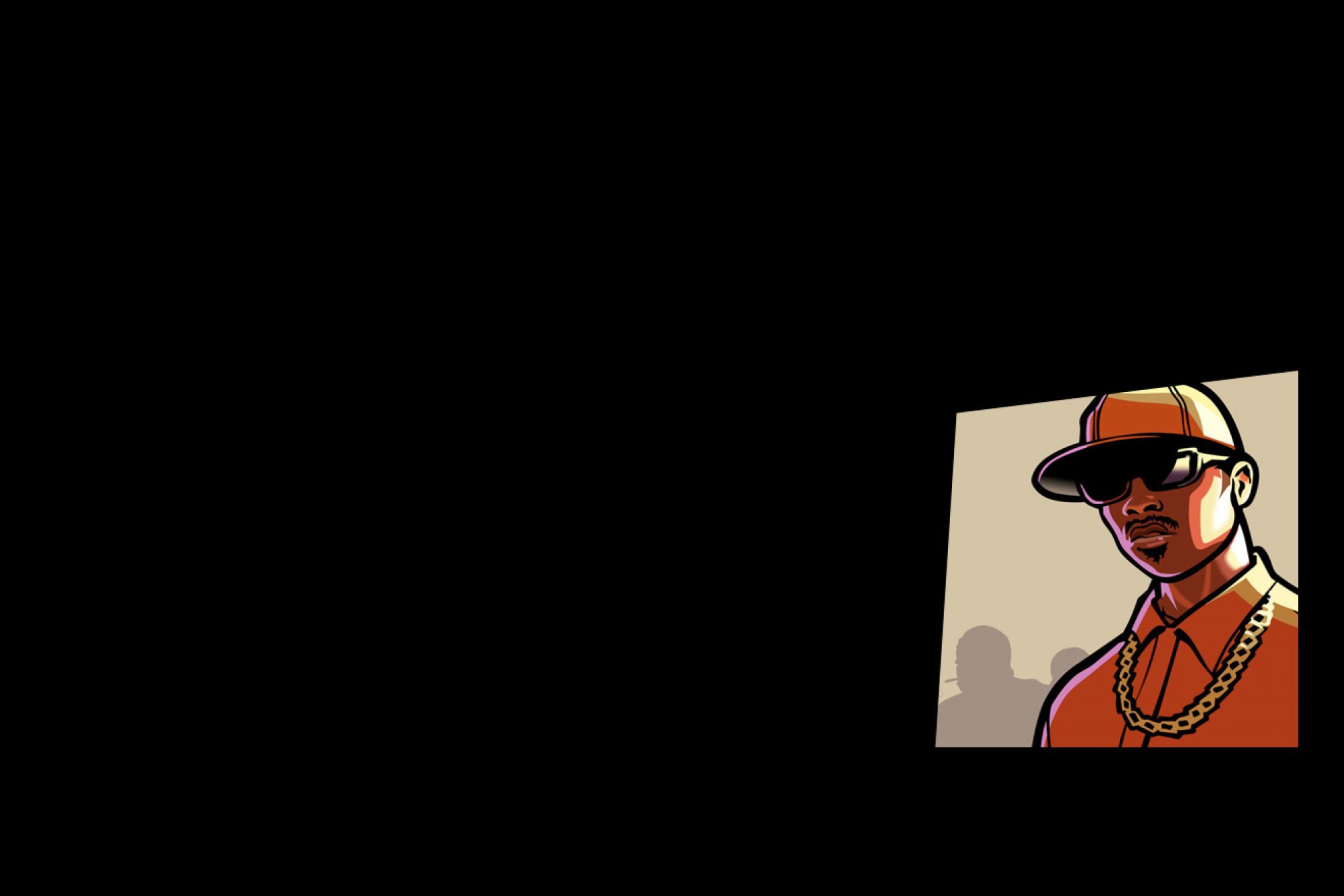 How does a tune go from the anthem of The Loft to a staple on a fictitious radio station in a game from 2002? We don't know but it all makes sense when you're cruising the ghettos of San Andreas.

Picture the scene. The sun is setting, you're cruising through Idlewood, Los Santos. You've grabbed a random BMX, the wind is gliding through your hair and you've got the radio on full blast, Radio Los Santos to be specific. The undisputed champion of west coast, classic hip hop, this is arguably the most 'San Andreas' station to put on. Of course, 'Nuthin But A G Thang' needs no introduction but it's worth reminding you just how much of a don you'll feel with this pumping in the background.

When video game designers here words like 'techno' or 'house' or 'electro', you normally get a generic mash up of stereotypical sounds to create a bland background noise that won't distract you from the actual game. but count on Grand Theft Auto to always go that one step beyond. SFUR is helmed by a wild German who lives for the sesh and techno. And Hans Oberlander knows his tunes. This was one of the station it was hard to only pick a couple tracks from, with 'Move Your Body', 'I'll Be Your Friend' and 'Promised Land' all in the mix.

GTA: San Andreas Larry Heard 'Can You Feel It' (SFUR) 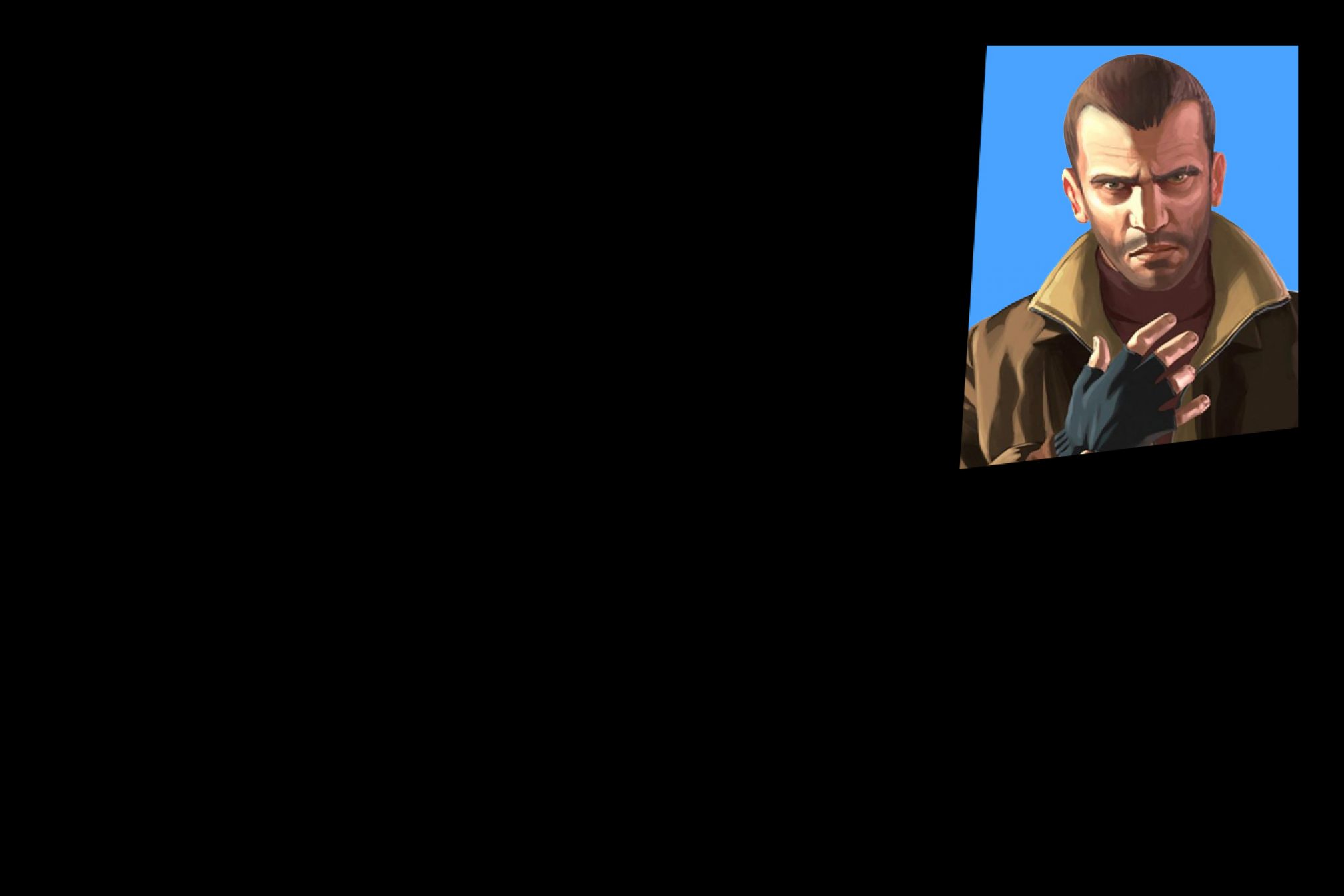 The Stories branch of the franchise didn't go down as well as all the other editions but they still brought the fire with MSX98, the proto-version of MSXFM from GTA III. Jungle, jungle, jungle is all you need to know about this station and this ripper of a tune.

GTA VI marked a new era for radio stations and we welcomed it with open arms. There were more channels and more songs than ever before and the attention to detail was staggering. Electro Choc typified the rowdy, club-kid aimed dance music coming out at the time and the likes of Deadmau5, Simian Mobile Disco, Boys Noize and Justice made an appearance. The dazzling SebastiAn remix of Kavinsky's 'Testarossa Autodrive' made for the most fun speeding down the freeway. It's also worth noting that Francois K was the host of the station. Yeah, that's fucking cool, isn't it.

Want to chill out? Need some to relax while you lie, cheat and steal? Then The Journey is the one for you. GTA VI's premier station for all of your soothing needs and desires. A star-studded artist roster includes Jean Michel Jarre, Philip Glass and Tangerine Dream but it's obvious that our favourite track comes from the oracle Aphex Twin. 'Z Twig' is the soft, gentle ballad taken from 'Selected Ambient Works Vol 2' and it's like a warm cuddle on a winter's night.

OK, we've hit the big time now. GTA V is the most expansive, groundbreaking and frankly jaw-dropping game in the franchise but you wouldn't be out of line to say it's one of the best games ever made either. The radio stations were outrageously good and the list of selectors was astonishing. Everyone's favourite Belgians took over Soulwax FM and fans of 2ManyDJs will love the tracklist of this one. Daniel Avery's 'Naive Response' is one of many absolute weapons on the station. 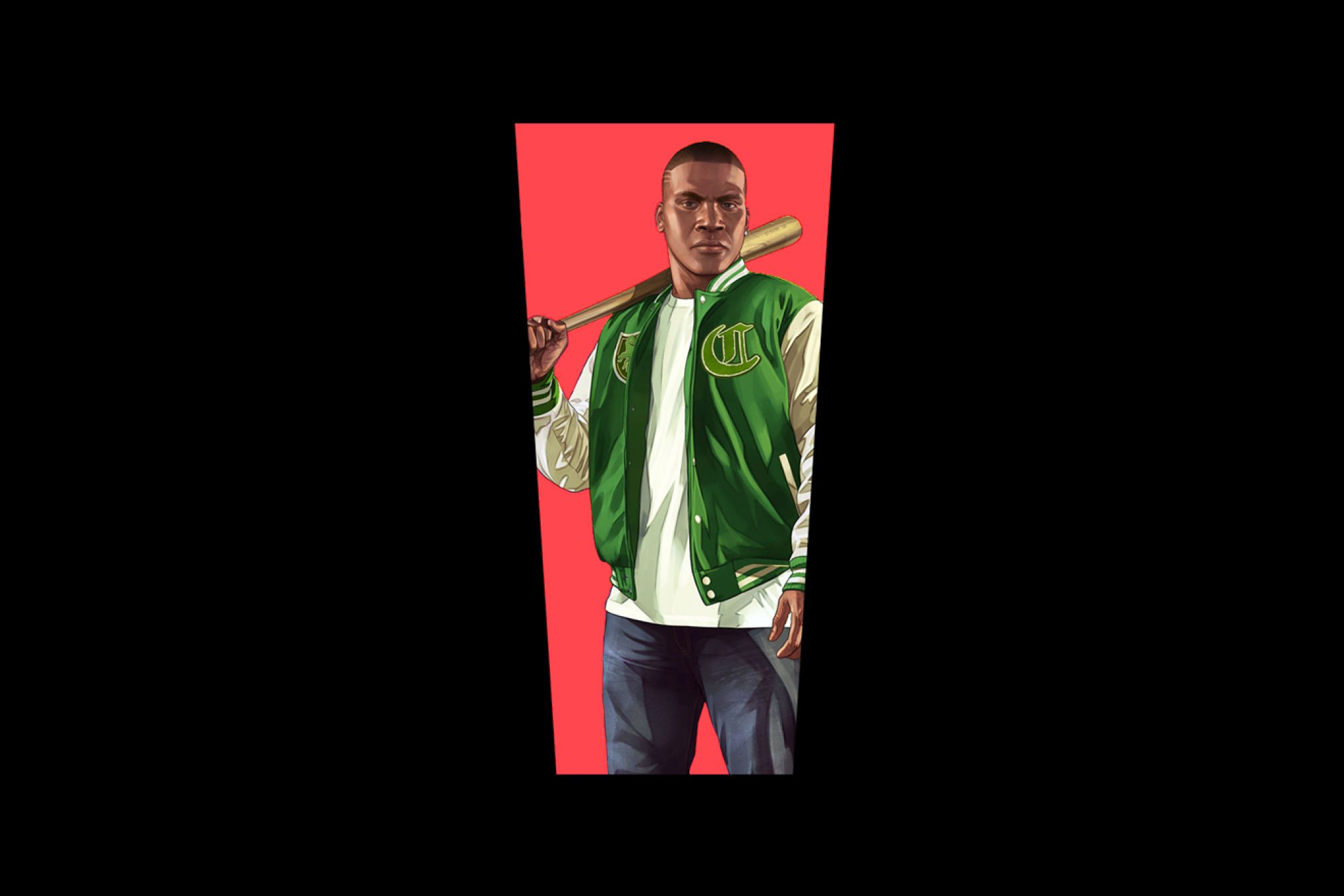 Hosted by Cara Delivingne, Non-Stop Pop FM was actually low-key one of the best radio stations on this game. Sure, FlyLo had his own station, Gilles Peterson was the conoussieurs choice over on Worldwide but Cara was spinning the tracks we all really want to here. Guilty pleasures included Fergie's 'Glamourous', 'West End Girls' By Pet Shop Boys, Modjo 'Lady' and everyone's secret-favourite-dance-track-no-matter-how-many-times-you've heard-it, 'Music Sounds Better With You'.

This is maybe our favourite radio station on the basis it's helmed by Gilles Peterson and it actually exists in real life as well. Worldwide FM is an institution of radio and with music that bridges the gaps between house, funk, soul, disco, it's pretty beautiful driving music. You can actually buy stocks and shares in the station within the game on your phone, so not only can you dance to Cashmere Cat while you roll, you can make money at the same time.

We've never heard Toro Y Moi in a video game but it's always good when you do. Enough said.