If anyone was ever destined to be a musician, it was Steven Ellison. Born in 1983 as the great-nephew of John and Alice Coltrane, he had, by the age of 15, been bought a Roland MC-505 Groovebox, and a beatmaker was born. After film school taught him to make albums with a story and an internship at Peanut Butter Wolf’s pioneering hip hop label Stones Throw stoked his inspiration to record highs, in 2007, Ellison signed to that cornerstone of electronic music Warp Records under the name Flying Lotus, and the rest, as they say, is history. Today, he tours a show as 3D as his music sounds. But how did he get here?

Since, he’s released some of the most acclaimed experimental music of all time. 2010’s Cosmogramma, his second album for Warp, saw him release his most widely-praised work yet, with Gilles Peterson declaring it ‘Best of the Year’ at 2011’s Worldwide Winners awards ceremony. Featuring collaborations with Thom Yorke, Thundercat, Ravi Coltrane, and others, it is, according to Metacritic, the 52nd most acclaimed album of the decade.

Cosmogramma is itself a far cry from 2014’s You’re Dead, a celebration of the objective beauty of death. Not figuratively, but literally: the bloody ballet of an exploded torso, for instance. On this album, Ellison treats mortality with the same childlike wonderment as anything profound, anything terminally unknowable. Launched with the now-massive Kendrick Lamar-featuring ‘Never Catch Me’, and following the sublimity of 2012’s Until the Quiet Comes, it catapulted Flying Lotus to independent music stardom.

It may come as no surprise that such an escapist made his directorial debut in 2017 with Kuso, a film that was hardly the nuanced subversion of taboo that describes his music; it was a grotesque, political yet comedic body horror comprising four near-nonsense vignettes about the mutated survivors of an earthquake that has destroyed Los Angeles.

Clearly, the man known on this Earth as Steven Ellison can’t be summarised. His attitude to issues macrocosmic and microcosmic is one of poke-it-with-a-stick playfulness, and his art will surely continue to defy expectation as a result. 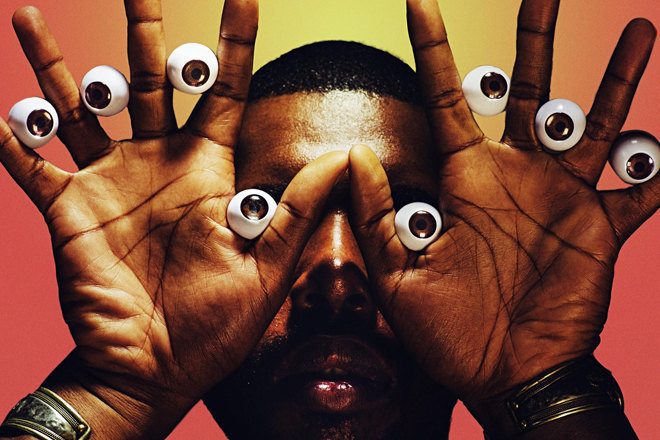 The Brainfeeder boss is working on his next album