As far as final gigs go, falling apart on your Glastonbury debut is about as bad as things get. “I got to soundcheck and realised I’d forgotten all my pedals,” Teneil Throssell grimly recalls. “It was an awful gig, but then we’d already had a horrible falling out so in a way we needed the final one to be shit rather than leave us thinking ‘Are we making a mistake?’”

Up to that point, guitar music had defined Teneil’s life. Raised in a small surfing town south of Perth, she learned to play aged 13. “My older sister had a guitar she never used and I was like, ‘Why didn’t I get this?’ So I stole it and taught myself to play,” she says. Forming various groups throughout high school, Teneil later moved to Sydney and started Dark Bells before they relocated to London to “try a little bit harder”. But just as things started to look promising, the band releasing a handful of singles and touring the UK, the group fell apart.

Four years later and the 32-year-old’s fortunes have changed considerably. It’s been an explosive two years since HAAi became a Phonox resident in 2016, taking over from Jasper James. Exploring everything from off-kilter techno to Thai disco edits with her trademark boundless energy, she’s helped elevate the Brixton club to new heights, and won gigs all over Europe – including slots at Printworks, Watergate and Hot Since 82’s Pacha residency – thanks to it. She also recently picked up a monthly show on Gilles Peterson’s Worldwide FM and launched her own label, Coconut Beats, home to her recent ‘Motorik Voodoo Bush Doof Musik’ EP. 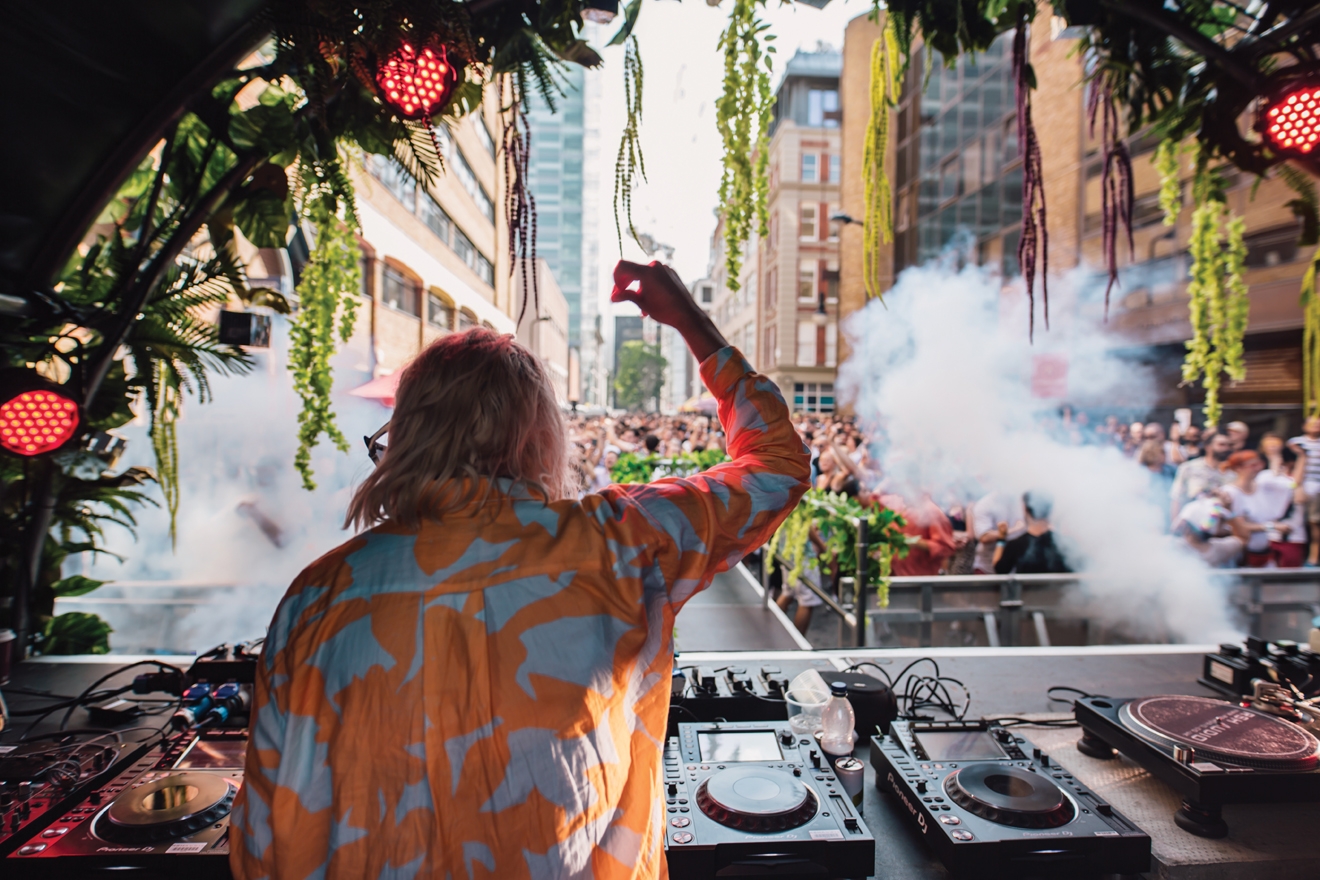 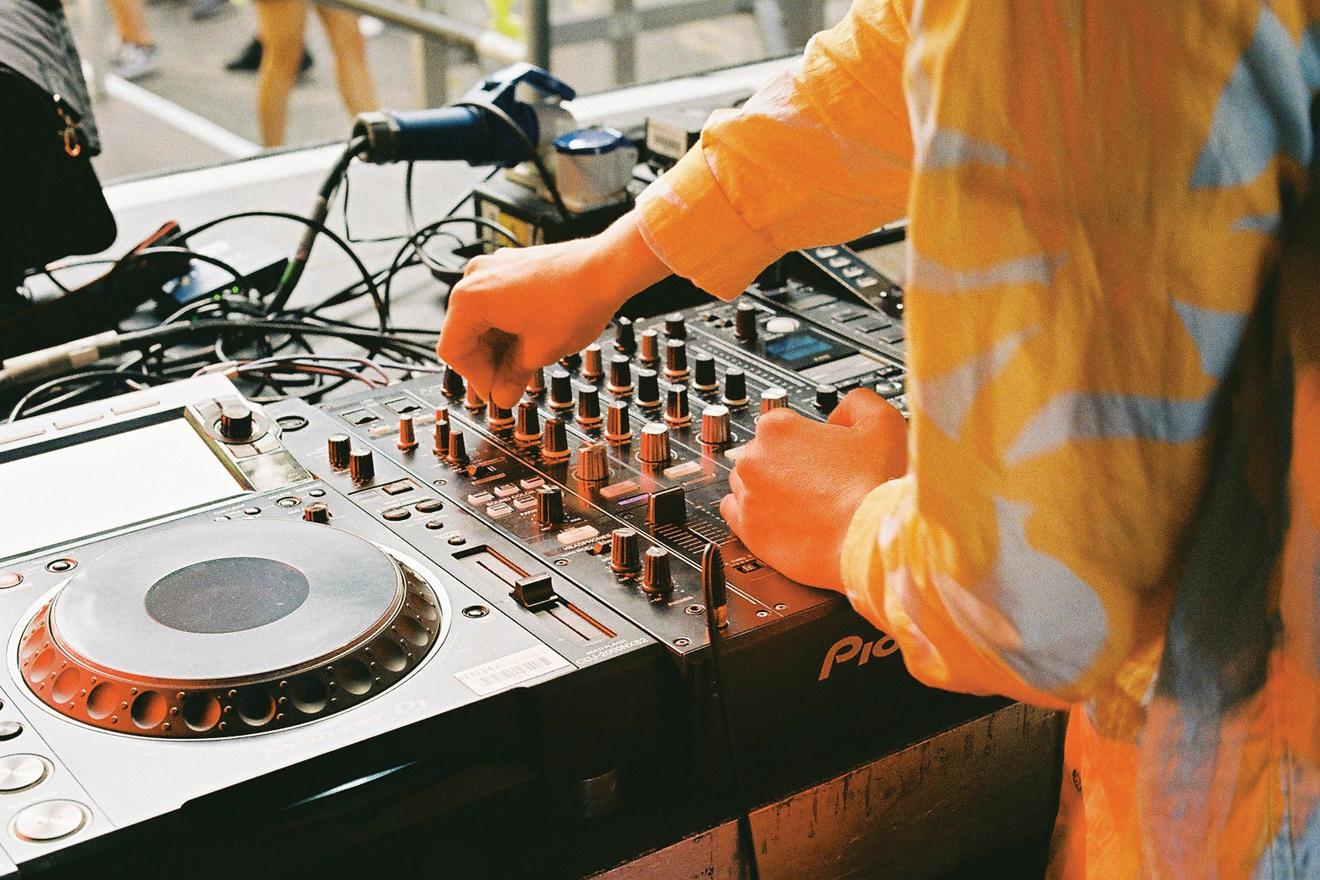 It was back in 2013, just before the band collapsed, that Teneil started her first DJ residency at East London’s Ridley Road Market Bar, playing six to eight hours every month. The “tropical dance party” taught HAAi to read a room as she knitted together Nigerian funk, 60s French pop and Turkish edits at the East London cocktail bar. “I was a terrible DJ,” she admits. “There were no subs or monitors, so I learned to mix with that delayed sound, which really freaked me out the first time I played in a proper club.”

What she did have, however, was a taste for the peculiar that continues to pepper all of her sets. It was her former bass player that initially introduced Teneil to Anatolian music, leading her on a journey of strange global sounds that she can only classify as ‘psych’. “There’s so much that doesn’t get classed as psych, but inherently is,” she explains. And since then she’s added a note of tougher, beat-driven dance music after catching Ben Klock at Berghain in 2015. “Now I realise why we had to queue for an hour and a half in the cold!” she says.

And all of these flavours are on display at The Black Madonna’s We Still Believe street party in Shoreditch. It’s August, and 30 degrees in London, so Teneil is dressed in appropriately summery attire: a loose orange shirt and blue trousers, with dark sunglasses and a large gold chain around her neck (it left bruises on her collarbone from thrashing about behind the decks, she tells Mixmag the next day), her grungey dyed blonde hair contributing to her rock star mystique. 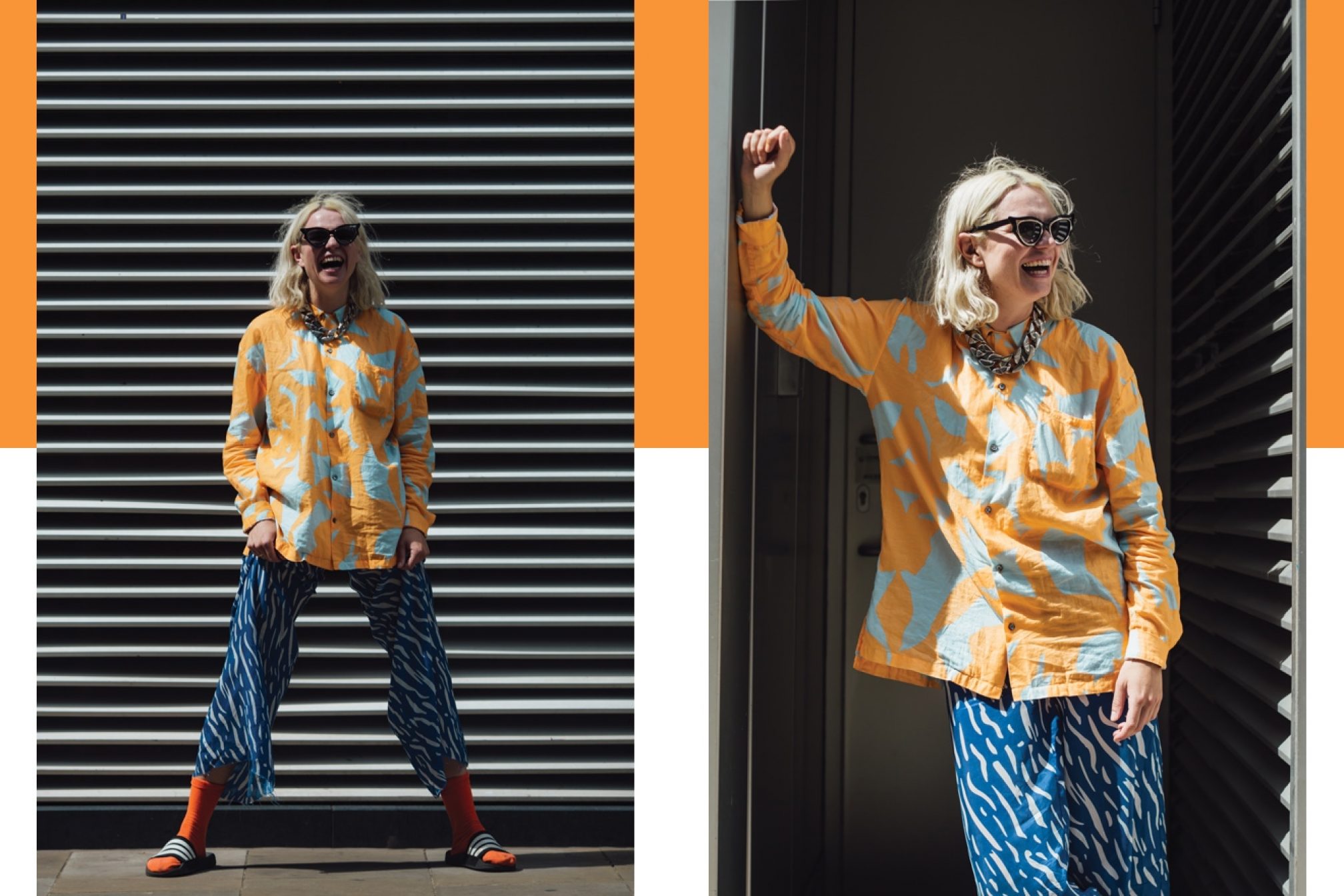 HAAi has been handed the task of warming up, and her ability to work a crowd – not just through tune selection but also through joyous audience interaction – quickly becomes clear. Whipping the crowd up with wolf whistles and fist-pumping actions, she’s often her own hype-man. “People need a bit of encouragement,” she says. “No-one wants to be the first person up there dancing and I let people know it’s okay.”

Drifting through a genre-spanning set, Marlui Miranda’s ‘Tchori Tchori’ (Joutro Mundo mix), Pardon Moi’s ‘Inside The Outside’ and Bob Sinclair’s ‘Gym Tonic’ all sit comfortably together. The street may have been empty when the set began three hours earlier, but it’s pakced and energetic as her set draws to a close.

We grab The Black Madonna for a quick chat side of stage, who tells us what HAAi brings to the party. “I’m fascinated by the way she works with themes of hypnosis and psychedelia without it ever descending into hokey tropes. Her sets consistently surprise while remaining cohesive and powerful.” 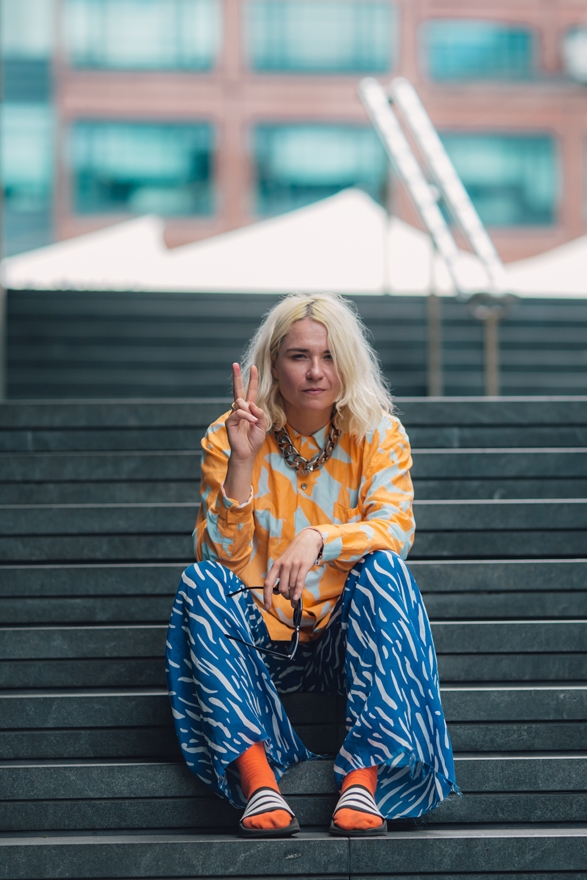 HAAi even finds time to slot in the title track from her recent ‘Motorik Voodoo Bush Doof Musik’ EP. Driving, percussive and intoxicating, it sees her sidestep her previous house-focused productions. “I understand now that I’m not a house or techno producer,” she says. Featuring Fay Milton and Taigen Kawabe, from the bands Savages and Bo Ningen respectively, the EP hints at HAAi’s desire to draw on her past life in rock music.

Leaving the stage, Teneil struggles to withhold her excitement, bouncing about with the same energy off-stage as she does on – whether it’s fans, friends or fellow DJs, she treats them all with the same attentiveness. Throughout the day she’s clearly and consistently overwhelmed by the situation she now finds herself in. “The band grafted for so long, so the fact that I can support myself now by making and playing music is insane,” she says. “I just feel so grateful. And I love it... I just love it.”

Later that night, as we head into Phonox, HAAi stops to embrace nearly every member of staff on her way in. Hugging everyone from the bouncers to the sound technicians, it’s clear what the club means to her.

Tonight she’s joined by Red Axes for the fourth edition of her Coconut Beats party, but the first time she played the club was for two nights supporting Jacques Greene. “I was in a different world. I’d never really heard of Jacques before, and sonically I was like, ‘this makes no sense’,” she says. It was a huge opportunity nonetheless, and HAAi was chomping at the bit to play again. “Before the first residency show I was so nervous I remember thinking, ‘Maybe I could just go back to Australia and not do it. I’ll just be at the airport like, ‘Sorry!’”

Luckily, she needn’t have worried. Playing a mix of upbeat house and African rooted music, the club filled up with friends and intrigued club-goers who came down to see what all the fuss was about. HAAi settled in, and the night quickly became a must-attend event.

Tonight, HAAi once again shows how comfortable she is within these four walls, heading in a harder and darker direction of twisted techno in contrast to the sunshine vibes of the street party. This will be one of the last times she’s in the booth at Phonox for a while, though. Untethering herself from the club after two years as its Saturday-night resident, HAAi will launch into a thousand other plans: bringing new artists to her label, setting up a live band, and a global tour are just a few things on her list. And while her Phonox residency has given HAAi so much, she feels the time is right to move on. “It does feel like home, which is why the thought of not being there...” she stops. “But there’s just so much more going on after that!”

Glastonbury 2019 should brace itself.