It’s an unseasonably chilly Friday afternoon in Brooklyn’s South Williamsburg neighborhood, as a throng of commuters trudges on their way home from the nearby J train. As they pass by the door of Baby’s All Right, a small music venue just a few blocks from the East River, a few pause: there’s a disorienting din wafting out of the club’s door, all squalling synths, dizzying rhythms and, most striking of all, an assertive, ferocious female voice. It’s the kind of sound that’ll stop even bone-weary nine-to-fivers in their tracks.

The vocals are coming courtesy of Funmi Ohiosumah, the 26-year-old South London MC better known to fans of the brasher end of the UK hip hop spectrum as Flohio. She and her DJ/hype man, K Silver, are sound-checking for a show later tonight, and the rapper, sporting her usual neat-yet-casual style (white trousers and white collared shirt topped with a claret-coloured jeans jacket), is looking vaguely dissatisfied. “It should have a little more boom,” she murmurs as she steps down from the small stage.

She needn’t have worried. Her lyrics and delivery, not to mention the beats that anchor them, are more than powerful enough to transcend the limitations of a so-so system. After a succinct opening set of charmingly poppy, slightly goofy hip hop jams from Atlanta’s Jazz Ingram, she takes the stage for some serious business: the kind of galvanic gamma-ray bursts exemplified by releases like the relentless ‘Wild Yout’, the recent rugged freestyle of ‘Bandage’ and her careening 2018 collaboration with Modeselektor, ‘Wealth’. It’s music that’s garnered her legions of fans over the past couple of years and taken her out of the clubs and onto a global stage, tonight’s gig is probably the smallest room she’ll perform in all year.

It’s also won Flohio the kind of press adoration that most artists can only dream of. Among other accolades, she’s recently found herself on the BBC Sound Of 2019 list; NME named her one of 2019’s Essential New Artists and even Naomi Campbell got in on the act, naming her one of ‘Ten Rising Female Stars Reimagining Our Future’ for Vogue. That level of media attention could easily mess with an artist’s head, but Flohio seems to be taking it in her stride. “I love all that stuff,” she admits, “but it doesn’t really make me nervous, and it doesn’t really affect what I do. I still stay me, no matter what. The way I attack my beats is gonna stay the same, and I’m still gonna bring the same attitude. The only thing that changes is how it’s all presented, because I’m always experimenting. That’s the Virgo in me.” 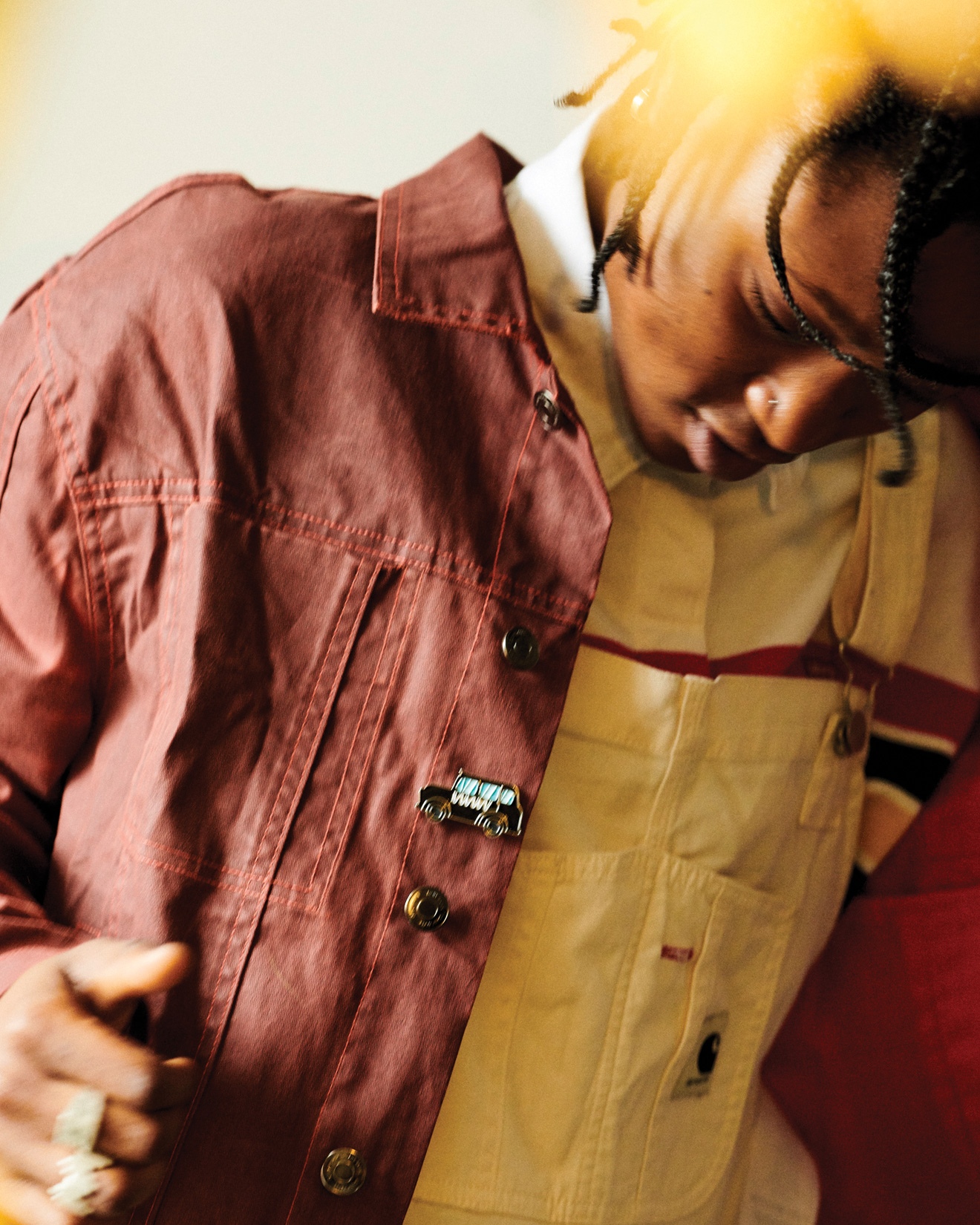 New York crowds can be a bit aloof, and when Flohio finally takes the stage, now donning a combo denim puffer top and nifty black-and-white patterned jeans, she feels the need to politely ask the crowd to come closer. But once her DJ drops the beat, decorum is out the window. She owns the stage, with her constant bounding and gesticulating –not to mention her percussive rat-a-tat flow, an exercise in controlled frenzy – imbuing the set with an aura of shock and awe. After the hour-long session, which sees her cycling through particularly fierce versions of tracks like ‘Bop Thru’, ‘10 More Rounds’, the relatively genteel ‘Toxic’ (even her mellower moments are pretty damn intense) and set closer ‘Watchout’, the audience is a little bit stunned and a whole lot in love.

Back in the club’s green room, Flohio still has a level of intensity to her; in conversation, she tends to take long pauses, followed by bursts of words (her dizzying Duncan Loudon-directed videos do a good job of capturing her frayed-wire energy). At the same time, it feels like the pace of her trajectory has taken a bit of a toll. The show serves as her US debut – a scheduled visit to South By Southwest was cancelled due to visa snafus – but she hasn’t yet been able to sample what New York has to offer. “I’ve been a little under the weather, and my body isn’t feeling the best right now, so I haven’t seen much yet,” she says. “But even just looking at what I can see from the hotel window, it’s like ahhhh”.

A bit of rest might do her good. Her whirlwind schedule over the past year has taken her around the world, and just days before her NYC show she performed at the Golden Plains Festival in Victoria, Australia. That’s a long way from her South London home (Bermondsey, to be precise), where she’s lived since moving with her family from Lagos when she was eight. Her first taste of making music took place at her local youth centre, which had a small recording studio. “It was a bunch of eleven and twelve-year-olds playing around with software and stuff,” she recalls. “That sparked a whole different direction for me.”

That path eventually led her to a 2016 collaboration with London production duo God Colony, who teamed her flame-thrower flow to lurching martial rhythms for an ode to her home postal code, ‘SE16’. The track set the template for Flohio’s lyrical output, blending themes of transcending one’s circumstances with a hint of youthful braggadocio. Lyrics like “Young Flo, I’m back with it, and you know I’m a pro, done practicing/There’s nowhere in this world I couldn’t go,” she came off as remarkably confident, especially for a debut. “You think?” she asks, incredulously. “I was so shy, and I was scared to put anything out there. Even now, I can’t listen to that old stuff!” 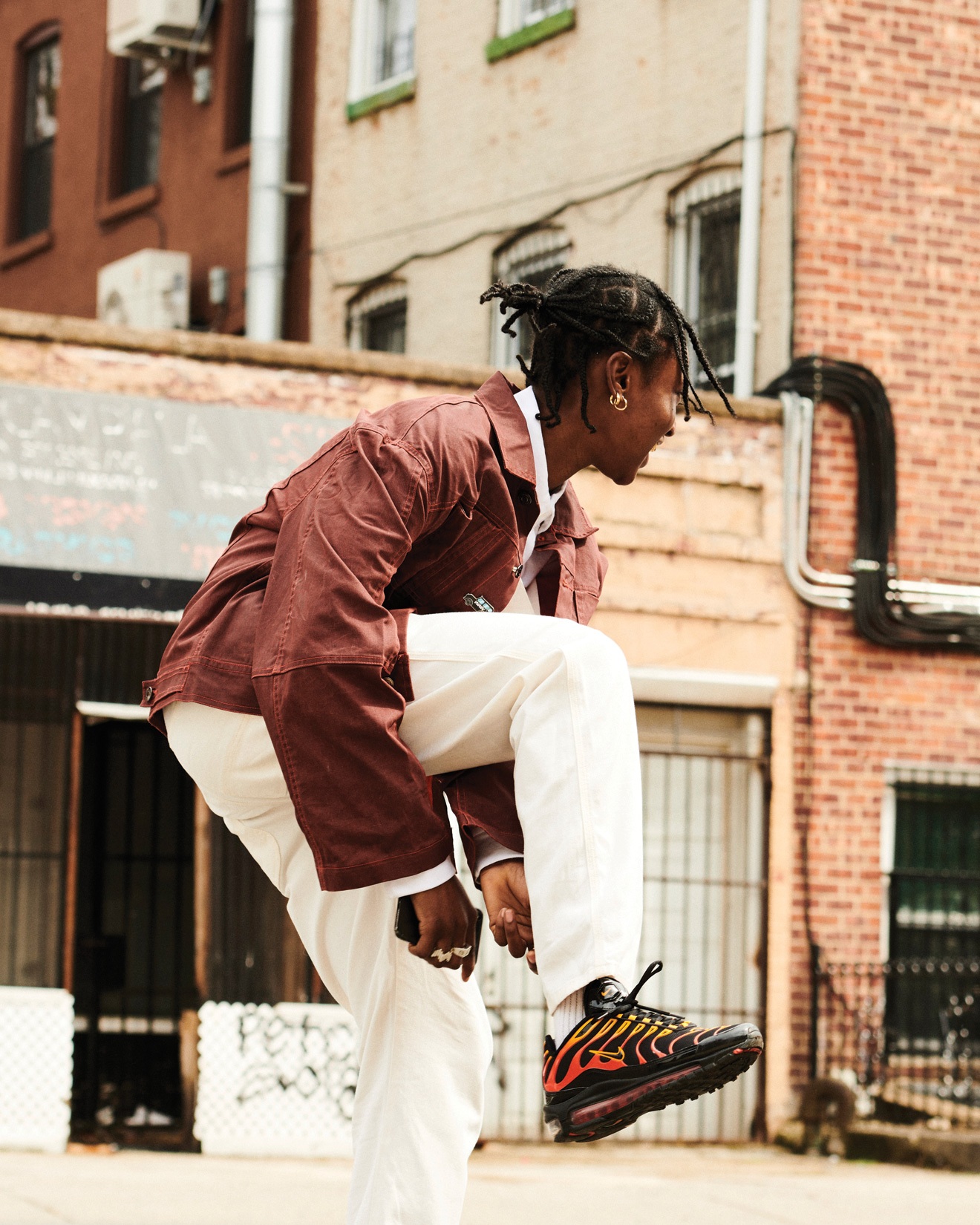 Flohio’s charismatic vocals have found favour among both followers of in-your-face hip hop and an enviable range of top-tier producers. She’s traded quickfire verses with fellow Bermondsian Cassive on L-Vis 1900’s spectral ‘Yeah Yeah’ and laid down the law on ‘Pounce,’ a collab with Clams Casino and Cadenza. But it was her work with Modeselektor on last year’s swooning ‘Wealth’ – along with its brilliantly glitchy video – that most likely sealed the deal on Flohio’s rise to stardom. “I guess I got put forward, and they liked what they saw,” she says matter-of-factly – as if working with German electronic-music titans is a normal occurrence for her nowadays.

But Flohio’s main man, the beatsmith who’s provided the backing for the bulk of her lyrics, is the somewhat mysterious HLMNSRA. “Hello My Name is Ra!” she shouts, making sure everyone within earshot knows what the acronym stands for. “When I work with him, we have this flippin’ telepathic link – we don’t even have to say anything to each other. I create some vocals, I send it to him, he creates some crazy shit, and that’s it. It just works.”

It certainly does, and well enough that her festival debut, in 2017, was at what’s perhaps the ne plus ultra of such throw-downs, Glastonbury. As it happens, she had never set foot on a festival ground prior to that experience. “Nah, I never really had the chance to enjoy live music,” she confides. “I never went to concerts, never went to festivals. Glastonbury was my first one… and it was scary! Now, I’m more prepared for those big stages.” And there are plenty on the way, with Barcelona’s Primavera Sound, London’s Wireless and Germany’s Melt! among the upcoming stops on her itinerary.

Still, there must be some trepidation involved in playing those large stages, where only a small percentage of the crowd are likely to be familiar with your music. But to hear Flohio tell it, winning people over is what she signed up for. “I don’t expect most people to know me,” she says, “but that’s my job! I’m gonna get them to know me. I mean, I’m the writer, but the perspective is from anyone who believes they haven’t been heard. It’s a positive thing. And by the end of the show, everyone’s sending me messages on Instagram or wherever, like ‘That really touched me’ and this and that. That’s why I do it, for you to get to know my story, and maybe get something out of that.”

From an outsider’s perspective, it might seems like Flohio’s rise from a kid at the youth centre to a festival darling has been nothing short of meteoric. But to hear her tell it, she’s not even close to her destination. “It’s all building up to something,” she says. I don’t know what that thing is, and I don’t know what’s gonna happen. I mean, it’s looking good so far – all the blogging, everyone supporting me, all that – but it’s leading somewhere. Maybe it’s a place of excellence. Maybe that’s where I’m trying to get to.” Wherever that is, whatever she’s aiming for, we’d wager Flohio’s going to reach her destination.