South African producer and DJ Fka Mash has been laying a solid footprint both in his hometown of Soweto and across the globe since putting out his debut release in 2011. The one to watch in house scenes with a penchant for the perfect remix, he’s received nods from, and released and shared stages with, notable names such as Black Coffee, Kid Fonque, Jullian Gomes and Vinny Da Vinci, as well as Jimpster, Lars Behrenroth and Sébastien Léger to name just a few.

His latest release, 'Love Songs from Soweto' is a far cry from his signature four-the-the-floor creations, resurrecting the same creative energies that white supremacy once tried to snuff out. Taking inspiration from kwaito and mbaqanga, as well as their revolutionary origins in kwela and marabi, it pays homage to South Africa’s goldmine of musical styles created by Black pioneers. Since the closure of South Africa’s dancefloors, Mash seized the opportunity to give the world a taste of what his heritage is built on. 'Love Songs' is a triumphant, nostalgic memory-maker for a South Africa that is constantly redefining its cultural heritage — while bringing the rest of the world up to speed on just how nimble our producers really can be.

2019 was a powerful year for Mash as he appeared alongside Black Coffee at his Shimmy Beach Club residency in Cape Town, as well opening for German duo Booka Shade at It's Personal Picnic and Stimming at Truth in Johannesburg. He also scooped an award for Remix of the Year with his Glitch Dub of Sculptured Music's 'Sad To Think' anthem at the Dance Music Awards South Africa (DMASA), while ending the year with his first entry into the Traxsource Top 100 Deep House Artists at No.95. Rising in the ranks for his ability to keep dancefloors brimming, his remix for Kenya’s Kato Change & Winyo’s 'Abiro' remains a Saturday staple, even as his fans look set to spend the foreseeable festive season at home.

Once upon a time, however, Soweto (SO-WE-TO = South West Townships) residents were confined to their homes for very different reasons. In the 1930s, the township was built to house Black people as far away from Johanessburg's white suburbs as possible in a government commissioned 'cleansing' enforced by what was called a cordon sanitaire (or sanitary corridor) instilled in the Urban Areas Act of 1923. Thereafter, mbaqanga music became the flowers amongst the concrete during the apartheid era, when the Group Areas Act of 1950 prohibited different tribes of Black folks (such as Zulu and Xhosa people) from interacting with one another. Consequently, tribal boundaries were set and Black music was kept segregated and stagnant.

As Black music culture grew in the townships along with its urbanisation, musicians at the time were fired up at the idea of unearthing new, truly African styles of music. Mbaqanga was conjured up in the 1960’s from Zulu folk music intertwined with Western instruments to produce new harmonies, steeped in American blues, kwela music and marabi sounds — some may call it the first attempt at truly African jazz. Radio stations’ listenership was segregated according to the language of particular ethnic groups, to the extent that artists recorded the same song in various languages to help their music reach whatever segment they could. Radio stations purposed for Black consumers were labelled 'Radio Bantu'. Today, rather than prescribing to the idea of “separate development", (even though local radio stations in part still reflect this mentality), 'Love Songs From Soweto' is the spirit of Black resistance incarnate: however scattered we may be, across continent, country or creed, we will always find ways to find ourselves united. 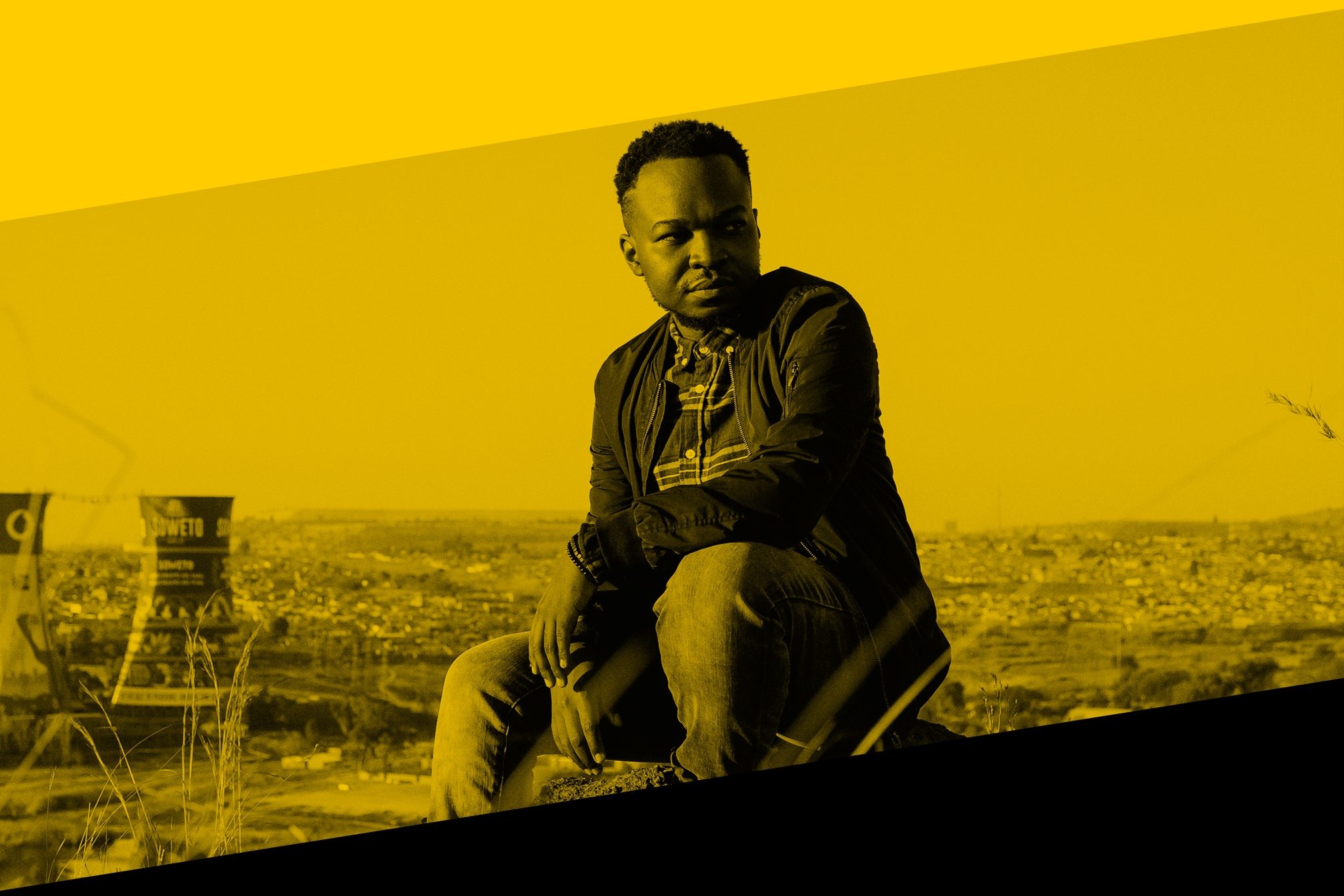 The true charm of mbaqanga lay in its incorporation of traditional dance styles of the Zulu people, seducing musicians back in the day who would use it to bring communities together in their own form of club culture. As we look to South Africa in 2021, artists such as Sun El Musician, Prince Kaybee, Caiiro, Heavy K and DJ Sbu champion their own brands of daytime to dancefloor 'Afro-house-and-soul', invoking the same energies that propelled mbaqanga to its countrywide cult-following. When asked about his own stylistic progression that takes influence from the mbaqanga movement, Mash had this to say:

On 'Zamalobolo', he recruits the skill of producer Da Muziqal Chef and Eminent Fam’s Just Bheki to cook up a billowing vocal, narrating the price to be paid for the love of his life. Whether this love is romantic or musical in Mash’s mind, is up for debate:

“For the longest time, it's always been a matter of: ‘Mash has to release music that will work in a club because that's what a lot of us DJs/producers depend on in order to put food on the table.’ So if you're not releasing music that you can play in a club, chances are there won't be any shot for you to gig for the duration of that release.”

Read this next: Dwson symbolises the unified future of South African electronic music

However true this has been, there’s currently an interesting crossover in South Africa when it comes to dance music and what can be considered “the mainstream”. Various traditional and online platforms have begun to embrace a hybrid style of Afropop-house, with many producers crushing hip hop underfoot on the journey to world domination. On one such track from the EP, 'Mntakwethu', which speaks to the kinship between men, Mash is joined by Afropop-house musician and vocalist Soul Star.

“Amidst my career taking off, I met Soul Star. Soul Star and I had met initially in 2015 through Black Coffee, and we agreed to do a project then. That didn't work out, but then about two, three years later, he called me saying ‘Yo, I really like the songs that you're doing now, so I would like to have you produce a song for me.' Amazing. Then I took that opportunity and produced a song for him called 'Umgowami' which featured Samthing Soweto. After that, I said look, I produced a song for you. Could you please record a song for me, for my own project?’ So I sent him another beat. He killed it. But when it came back, I had a different kind of inspiration for that song itself, you know. So I changed the beat altogether and I made something completely new. The idea there was to keep the whole inspiration of uMbaqanga and Afropop alive.” 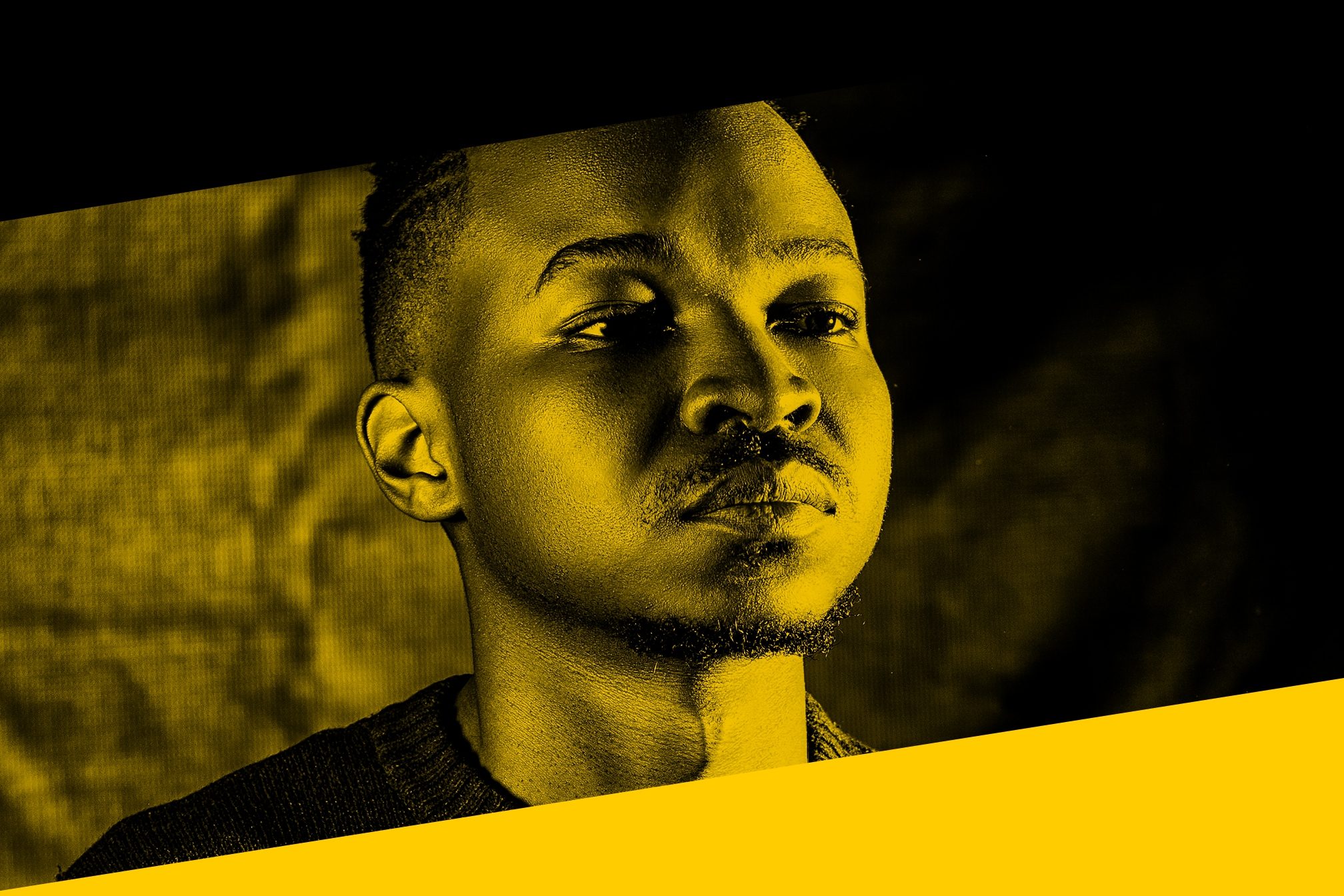 Where Mash will take his sound next is anyone’s guess, but the local landscape for Mbaqanga-inspired Afropop shows no sign of meeting an end anytime soon, especially during a time when producers and vocalists are finding room to look toward their forebears for inspiration.

“The language that is spoken in 'Ngiyacela' is… that's how we speak here in the hood. If you listen to the way Sir Trill writes and the way he speaks, literally, it's very conversational stuff; it's a conversation you would have with the Average Joe anywhere in Soweto, or anywhere in a township here in South Africa.”

As South Africa braces itself for another stretch without its dancefloors, one would hope that her producers continue to turn backward and inward to excavate even more gems formed under its oppressive past, day by day turning Average Joes into Drum Bosses, Gqom Kings and ‘Piano Queens ready to create a wealth of dance music set to propel South Africa into a glittering future.

Fka Mash's 'Love Songs From Soweto' is out now