South Africa’s rich electronic music scene has been the focus of international attention for a few years now. Afrohouse, Afrotech and other connected styles have been exported around the world capturing the imaginations of music lovers everywhere. The country’s dark history is well known to most people, but the spectre of racial segregation still affects millions to this day. Besides the racism faced by Black people, so-called Coloured people also face discrimination and oppression on a daily basis. Coloured people have mixed heritage and face discrimination from Black people and white people, being placed in the middle of both racial groups. Dwson is one of a few Coloured artists to have broken through in the electronic music scene, paving the way for others to follow. Blending a variety of styles into his ‘sound’, he grew up on jazz, via his father, and caught the house music bug when he was in his teens. Now one of the country’s most in-demand young artists, he’s blazing a trail and helping to boost the representation of Coloured artists in South Africa’s media. Hit play on his impeccable Impact mix below and read on for a Q+A.

What was it like for you growing up in Cape Town?

I’m from Factreton, which is quite a chilled area. I mean there’s a lot of things happening around us, we’re surrounded by gangsters and drugs. In terms of being a Coloured, there’s a stereotype that we’re all aggressive and we all speak one language, which is not the case.

What’s life been like for Coloured people in South Africa?

Read this next: The beautiful chaos of Amapiano

Are there many Coloured people in electronic music?

There are quite a few people doing it. In Cape Town there are a few Coloureds pushing it. When I started playing, I played for my people, we had an event called Dope Room, which was out here in my hood. It was mostly Coloured people showing up at first but, as it went on, we had everyone together. The name started to spread and I started playing across the city.

How do your experiences as a Coloured person filter into your music?

I try to put as much emotion into my stuff as I can. Not always, I like having fun as well. I love experimenting but I love adding emotion so you can feel some kind of way. Most of my music doesn’t have words in it, so I try to tell a story with what I’m writing, musically. [Being Coloured] definitely has an effect on what I write in the studio.

Do you think it can help you to understand yourself and the world around you?

Yeah man, sometimes there’s too much emotion for me to put into a song. I’ll just go from what I’m feeling at the time and not overthink it. I try to just let it flow and not let too much get in the way of the creativity because sometimes you don’t know which spot to touch on when you’re feeling so many things. With art I think you have to keep it pure and not get everything too mixed. It’s got to be pure, it’s got to be from the heart. 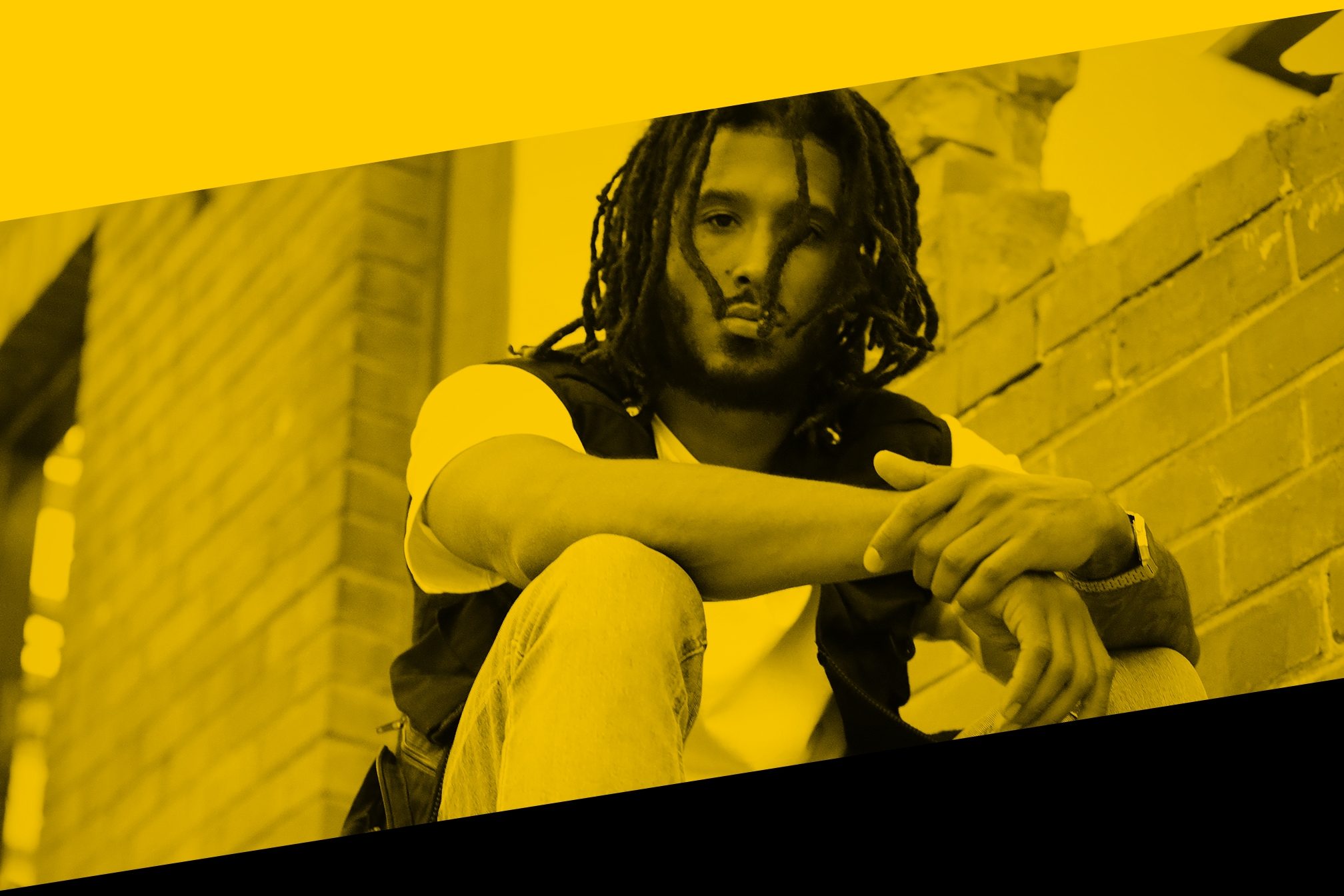 What inspired you to start playing and making music?

Just the passion for music from a young age. Watching my idols. I’m a big fan of Jimpster, that’s my number one, my biggest inspiration. Then you’ve got everyone else, too many names to mention, locally and internationally. I’ve been going to Deluxe since I was 16. They’ve always been pushing proper house music, soulful house music, getting a lot of international guys to come through, guys I thought I would never see. That’s definitely played a part in what I’m doing today. I also love the Soulection stuff, the brother and sisterhood thing that they’ve got going on. It gave me hope, people coming together despite their colour.

Read this next: Shimza is using house music to connect South Africa with the rest of the world

What’s it been like to witness the growth of South African electronic music, both locally and internationally?

I’ve been paying attention to the Beatport charts and everything that’s going on, and you can definitely hear a lot of influence coming from South Africa. Especially the Afro sound. You check the charts and all the guys that are at the top of the Afro charts are not even from here, so that says something. Africa has been an inspiration to a lot of genres. The cool thing with South Africa is like, we’ve also had this way of creating our own sounds. We’ve had so many genres that have crept up over the years and originated from here. People are taking them and flipping it in their own way.

How was the scene there before lockdown?

A few years ago there was only one club in Cape Town pushing deep house music, which was the one I mentioned, Deluxe. That closed down and it was quite quiet for us for a while. There was no real home for deep house, then another movement started which was called We House Sundays, which was a bi-monthly event. They do festivals now, too. 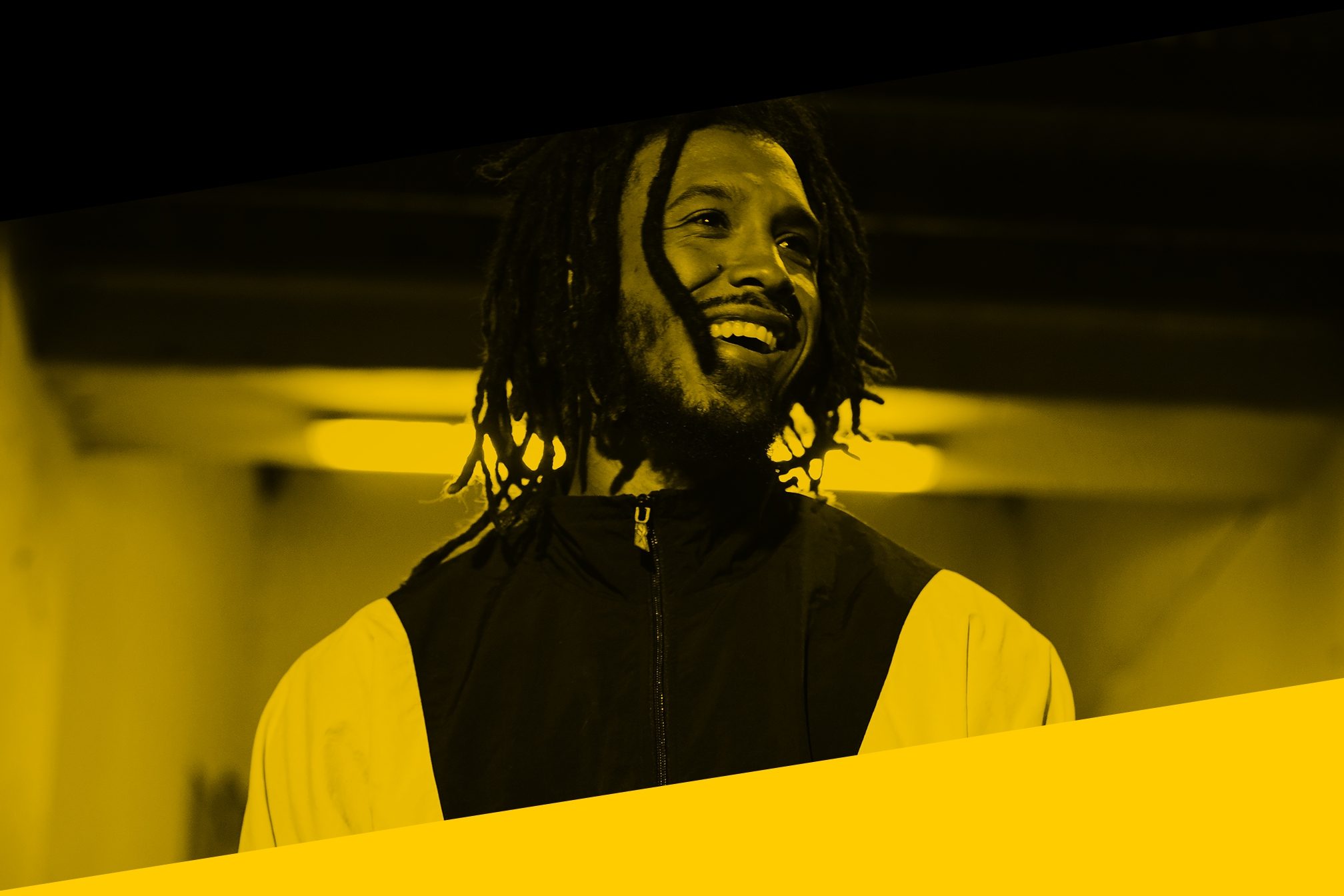 Who are some of your closest acquaintances in the scene?

My cousin KYMAC is involved in a totally different genre, more on the Soulection side of things, but he’s been the closest ally, always motivating me. He helped a lot in the beginning as well, the connection was real and he’s always been pushing me and keen to share what’s happening. I’m always forever grateful for that, it’s not always common to have a bond with someone where they share what they’ve been learning for years. He’s a distant relative but it doesn’t feel like that. The cool thing with Cape Town is that it’s so small we all know each other, there can be egos from time to time but there are also a lot of genuine people in the industry.

You’ve said that festivals have been important to breaking down boundaries, how has the scene there developed over the years?

It’s gotten better. People are more welcoming now, there’s parties with a lot of different ethnicities. Also the atmosphere is better than it was. The festivals play a role in having that atmosphere. Everyone’s in a better space and coming together. It’s definitely giving us all hope, if we continue this way it’s gonna be a beautiful space. We might just end up being like Berlin. We could if we keep on improving like we are. Music is playing a massive role, that’s why I’m so for the festivals. Their impact is on a much larger scale than the clubs, the energy, the weather, you’re outside and everyone’s on a different wavelength. The line-ups are so diverse and that’s a beautiful thing also, everyone’s feeding off each other. It’s really good to see a lot of ethnicities coming together.