An expert curator of eloquent dancefloor grooves, the blossoming Washington DC-based DJ-producer Enamour is quickly making a name for himself as a fantastic dancefloor enchanter. Through his relentless dedication to clubland, the 26-year-old has turned himself a staple of the electronic music scene in the nation's capital. A regular player at DC clubs like Echostage, Flash, Soundcheck and U Street Music Hall, Enamour has been called on multiple times to support major acts such as Eric Prydz, Above & Beyond, Giorgio Moroder and Hot Since 82 when they visit his city.

Enamour released his debut EP 'Hypnotica' on Sascha Braemer’s Whatiplay imprint in the summer of 2018 and his sound has been picked up by labels such as Anjunadeep, mau5trap and This Never Happened. Hitting the road for the first time this past year to support Lane 8 on his Little by Little US tour, Enamour's intricate productions and fluency behind the decks did not go unnoticed by the rest of the country.

As the inventive up-and-comer continues to propel himself into the global dance music spotlight, Enamour has been selected as the newest member of our Magnified collective. He joins a whole host of forward-thinking producers, entrancing live performers and captivating DJs that Mixmag has awarded with a raft of support over the past year.

Providing Mixmag with our latest Impact Mix, we caught up with Enamour to learn more about the man behind the music. Check out the Q+A and tune into his mix below. 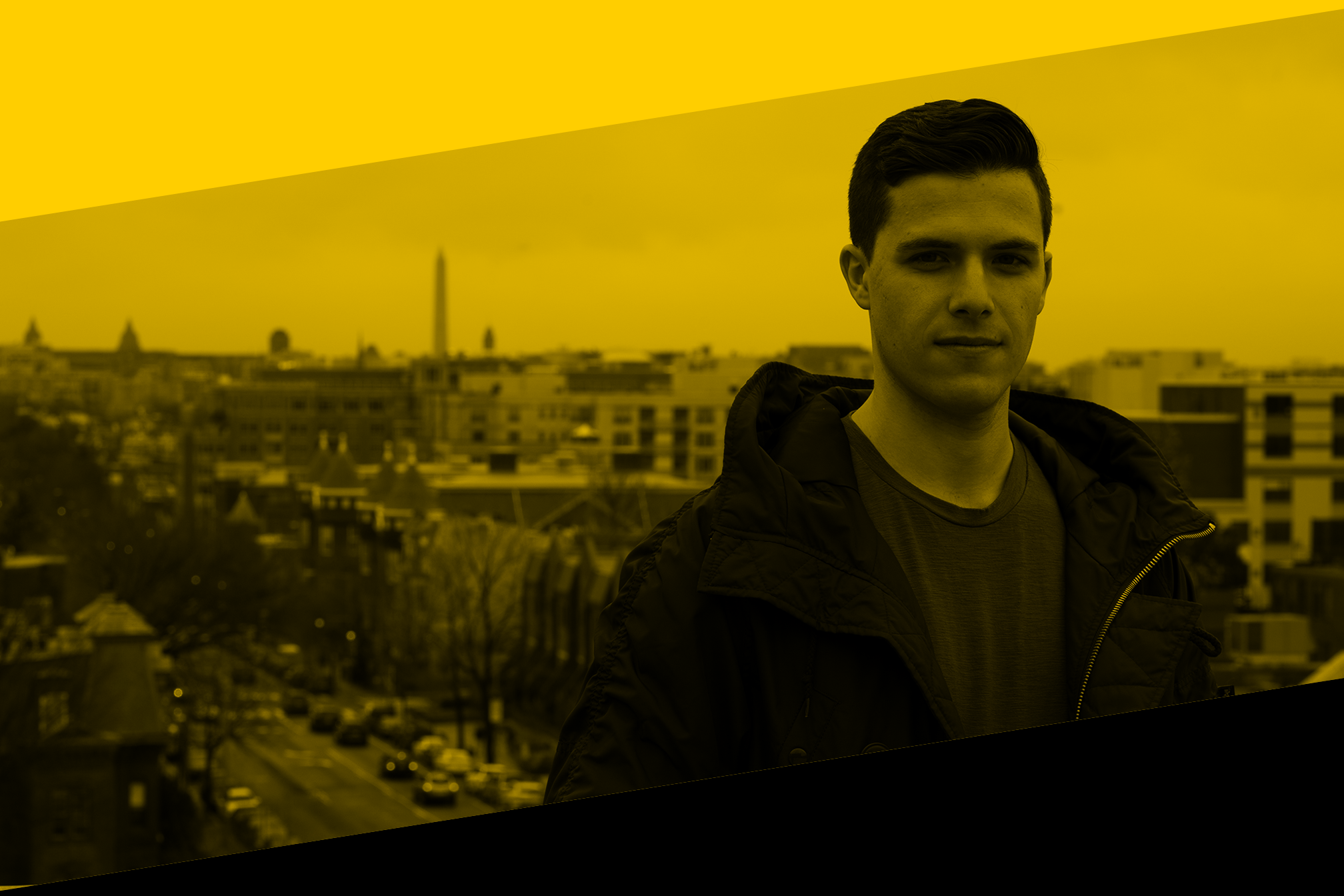 Tell us about your musical background and how you first get launched into the world of electronic music?

I've been playing piano and guitar since I was five-years-old but I never really connected to those instruments or felt passionate about the music. I did it more because my parents wanted me to. Discovering music like Flying Lotus and Daft Punk totally swept me off my feet - so much more than the piano and the guitar from previous that it took over my interest in college. I started DJ'ing all these parties and all the college bars which eventually lead to me producing around when I graduated in 2014.

Did you pursue your DJ career in full right after college?

When I graduated, I had like a nice consulting job. I was a business major. I put all the production and the DJing on hold and decided to focus on that. Do the work, get promoted, whatever. When the work started getting dull that I realized I didn't want to do this for the rest of my life, I dug deep into Ableton and began setting goals for myself. That was when the Enamour project started.

I'm still a consultant, believe it or not. Balancing my business and music careers is definitely tough. My entire life is just either working my day job or working on music. The only times I go out are to see shows, which is kind of networking or trying to meet the artists. I go to work for eight or nine hours, come home, produce for five hours and go to sleep. That's just every night.

Tell us about your moniker.

The word Enamour doesn't just mean love and admiration for something, but rather a deep obsession. Not in a creepy way, but it is about absolute passion and pure emotion. It's a really strong word. All of my music sort of has that emotional component and I want it to draw out strong emotions and memories when people hear it.

So I think when you see the word Enamour, you're sort of prepared for an emotional roller coaster. The only other thing I'll say is that enamor means the same thing in most languages. All over Europe, like in any romance language, people see that word and they know that it means love, emotion, adoration. It's one of a few words that doesn't even have much of a spelling change in different languages.

What is the electronic music scene like in Washington DC?

So I tell this to everyone. I think DC is the most underrated city in the country. First of all, it's super close to other cities. If you want to hop up to New York, you always can, but you don't need to because pretty much every big name that comes from Europe into New York hits Washington DC as well. We get all of the biggest DJs. We get all the biggest underground DJs too. All the venues here are very intimate so you get some of the best talent in these tiny, dedicated rooms. I'm so grateful that my city's scene has a huge cast of hard working local talent, label owners and promoters. 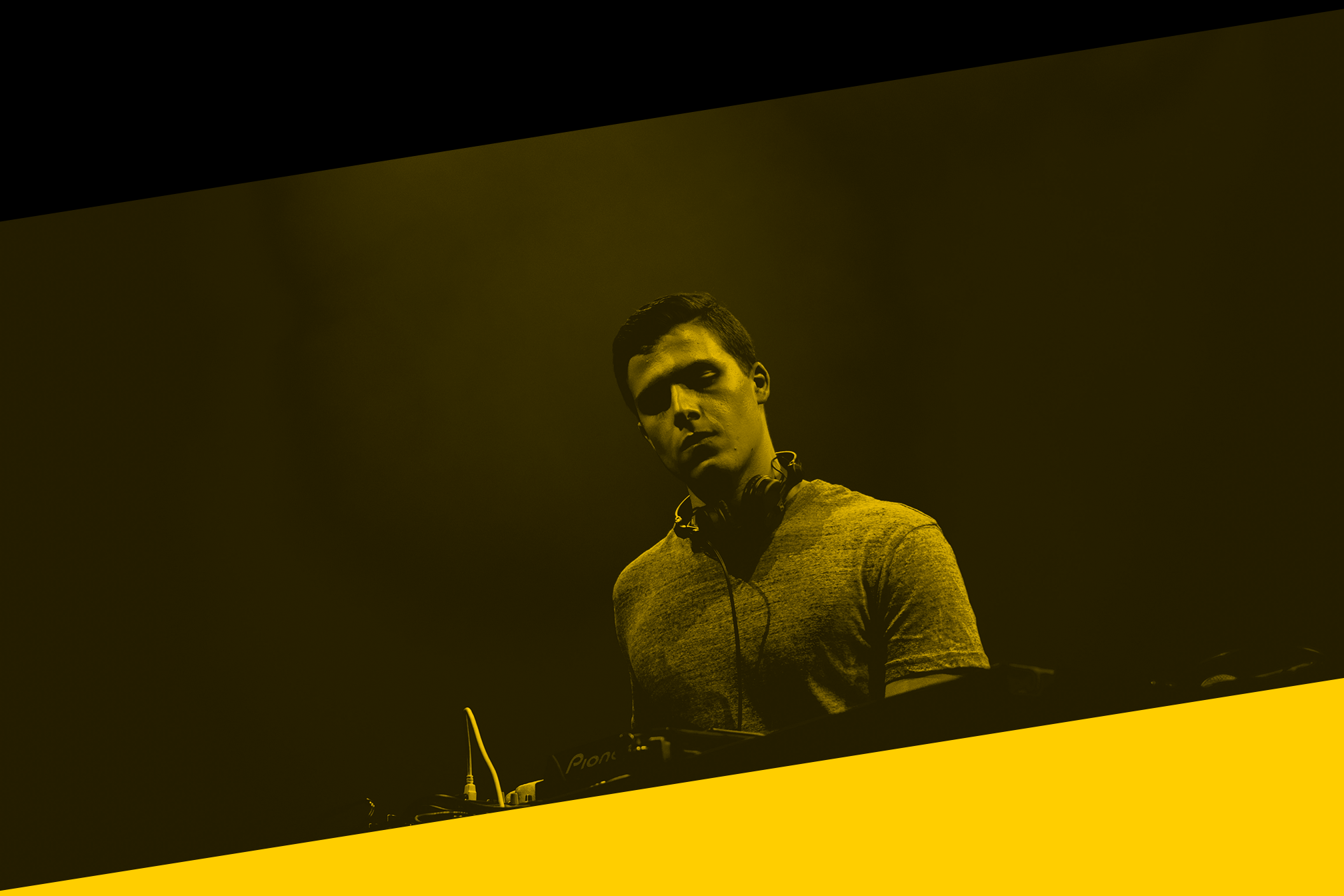 Tell us a little bit about your relationship with Lane 8 and how you ended up on tour together.

I think it was December of 2016, I want to say? He played at U Street Music Hall. I went to the show and stayed in the front the whole time. I knew the security because I'd played there before so while waiting for Lane 8 to pack up his stuff, I went up to the security guard and I was like, "Yo, let's just pretend like you're talking to me about something so when he comes down, I can accost him." I gave him my little elevator pitch, asked for his email address and started sending him tracks. He would give me really good feedback but nothing was sticking.

I sent him 'Still Life' in the summer of 2017 and he emailed me back saying "yeah, this is the one. I want to sign this." I was absolutely ecstatic. A couple of months later, I had sent him two more tracks and he emailed back saying, "Hey, both these are great, hold onto both of these for me." Then five minutes after that, his manager emailed me and wrote, "Hey, would you be interested in doing a remix for Lane 8 off his new album?" And then about 10 minutes after that, they emailed me again and wrote, "Hey, are you going to be free in the spring? Do you want to hop on these east coast tour dates?"

I sent him two songs and then in 20 minutes, my entire life had changed.

What was the highlight of the Lane 8 tour?

We were in NYC and the first two nights of the tour went pretty well. I got to the venue, Brooklyn Steel, and I am a little late and somewhat flustered. I get backstage at it is completely empty. I'm freaking out thinking everyone is mad at me but I start my opening set. 45 minutes into the set the manger crawls on stage and tells me that Daniel (Lane 8) has terrible food poisoning and I'm going to have to play the whole night.

After my set, the manager makes an announcement telling them that Lane 8 won't be performing and the entire crowd has like one sigh of sadness. It is completely silent and someone in the crowd yells, "It's cool, we want more Enamour!" Everyone started cheering so I start DJing and I end up just keeping the entire crowd the whole night. At the end of the night, the sound guys, the lighting guys, the promoter all come up to me and they're like, "Damn we thought we were about to get screwed this night, but literally, the entire crowd stayed, you saved our ass." I was on cloud nine.

I have like an arsenal of like 30 songs finished, ready to go. A lot of my mixes online and my live sets are just pretty much only my own music. So I'm hoping 2019 is going to be the year where I just unload like 20 tracks in a year. I'm already sort of on pace. I have like 10 coming out in the next three months.

Tell us a little bit about the mix you made for us.

It is pretty much 80% my own music. Mostly stuff that's never been heard or released yet. So lots of new IDs and great collaborations, some stuff that is coming out this year and then just a couple tracks that I've been playing at all my sets.