“Once you arrive at house music, you stay there for a very long time,” smiles Simon Dunmore, sitting just metres away from the temperate turquoise waters of the Tisno coastline. It’s reaching 30-something degrees out, perfect weather to float in the sea on a blow up flamingo or relax under the sprawling shade of Adriatic pine trees. “The house music community is a loyal, long-standing community. As people progress in age, they like to hold on to their youth.”

The loyal house fans travelling from far and wide every year to get their slice of the action at Defected Croatia, prove Dunmore's words aren't skin-deep. It's not just the young crowd either, though plenty of teens headed out for their first ever festival experience this year, there's a loyal faction of "day one" Defected faithful too. Linchpin and seminal DJ Simon Dunmore birthed the label some 22 years ago synonymously with his music career, and since then, hasn’t stopped on his path to global success. Defected Croatia is just an offshoot of projects long revered, holding the label’s name next to illustrious Ibiza parties, disco spin-off label Glitterbox, and many more. 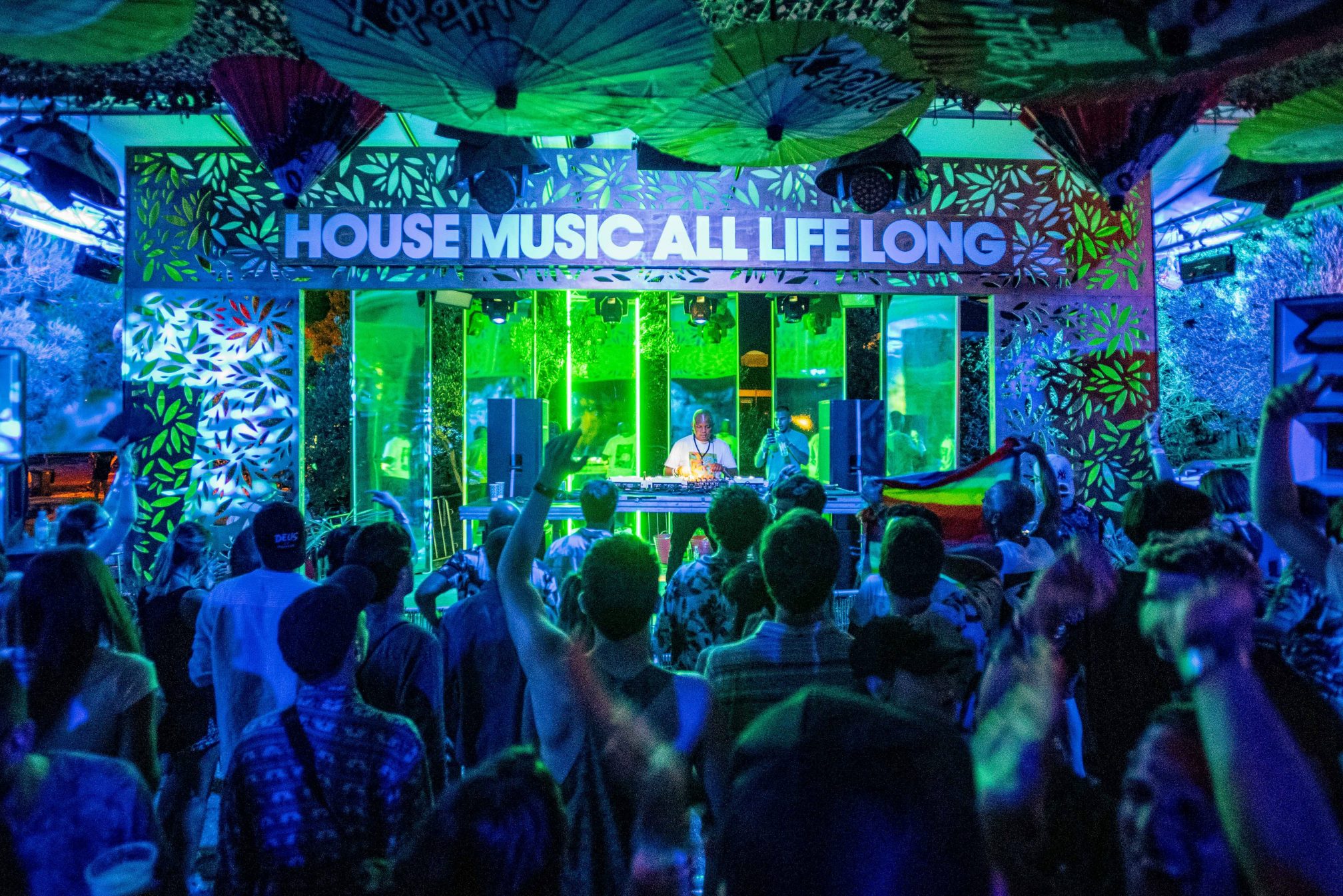 4,000 revellers make their way around the cosy festival site fittingly named ‘The Garden’, overlooking distant Dalmatian islands and crystal waters. It flaunts three stages on site, not forgetting the remote afterparty venue of Barbarella’s which, if you’re feeling a bit cheeky, can be accessed by speed boat. The outsider venue effectively acts as an after-dark spot for the post-4:AM punters, seeing in the sunrise to the tunes of Eats Everything, Luke Solomon, Darius Syrossian, and more.

Back on site, The Olive Grove is a more spiritually inclined spot for the early afternoon yoga hangs, but by night, pulls crowds to its tiny dancefloor lit by colourful lights dotted amongst the trees. “I’m loving the progression in this festival," beams four-year Defected veteran Sef Kombo just after his set, "We’re just testing new music and seeing if people are vibing with it, we’ve not been able to do that through lockdown”. He’s not the only one to tackle this newfound way of performing; when Chicago’s John Summit plays his first European show, it’s electric. The newcomer shot to fame during the pandemic with Defected-released ‘Deep End’, and incidentally, becomes the talk of the weekend after his sweep of the main stage. 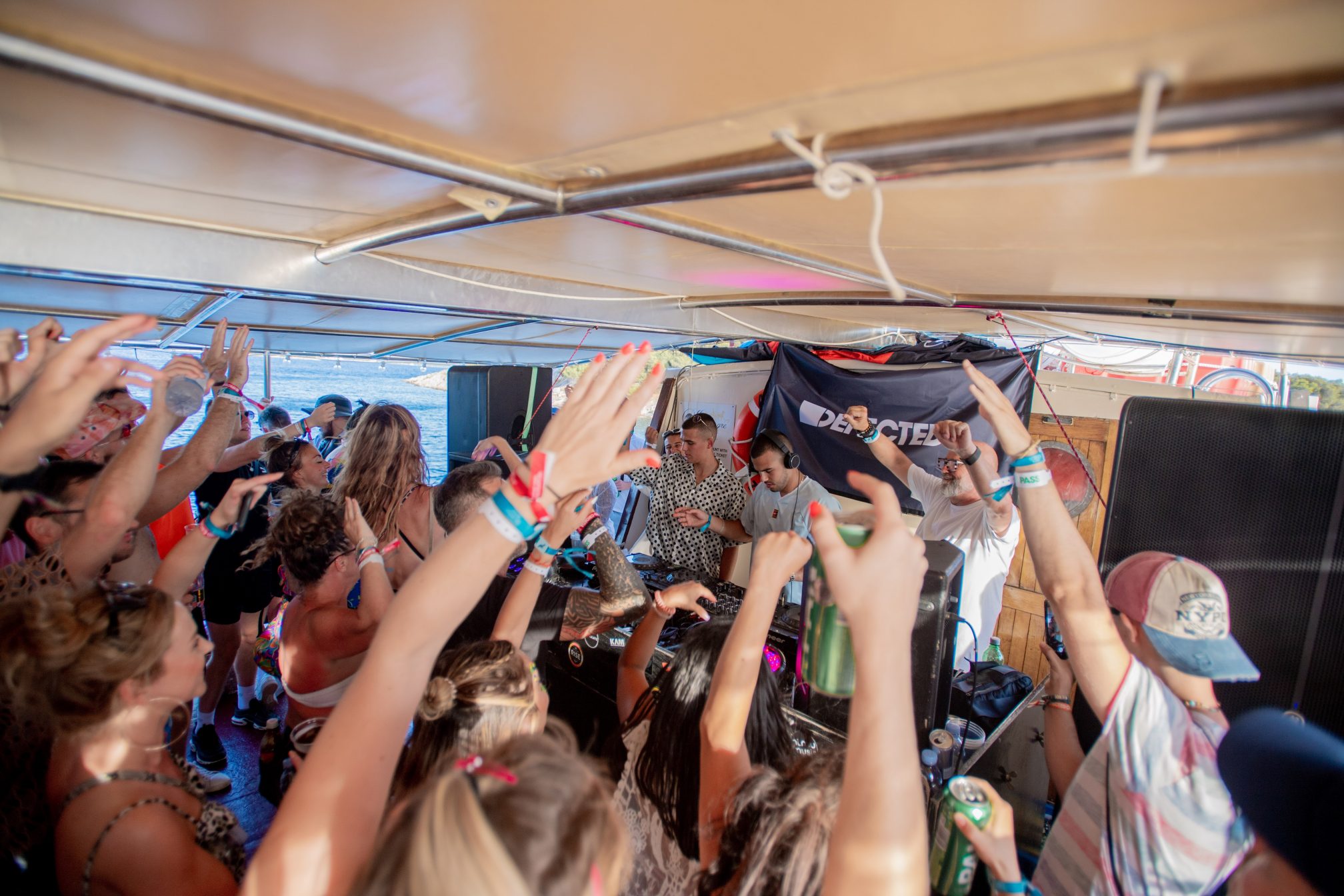 By day, the main stage is just a skeleton of its twilight form. The open-air stage doesn’t host headliners until much later, but when packed out in the evening, appears to have an endless capacity. For now, Managing Director of Defected Records Wez Saunders looks out over the barren ground where lifelong memories were made in the previous nights, and says: “it looks so different, doesn’t it?”. He excitedly tells us, “I love the fact that there are 18 months worth of new music that I haven’t danced to yet. My Shazam has been pretty active so far."


Defected Croatia acts as a gateway for European holidays for many - and it's wholeheartedly felt throughout the festival, whether it be the constant rumbling of Northern English accents or the sight of an American shuffling on the beach. We’re told that Brits make up 66% of this year’s crowds, while a huge American contingency soars higher than it ever did before, even despite the pandemic. “This is my first time ever leaving the US,” says Jaren who made the “scary decision to come alone” from Houston, Texas. “As soon as I reached this festival I knew I was in the right place,” he says. 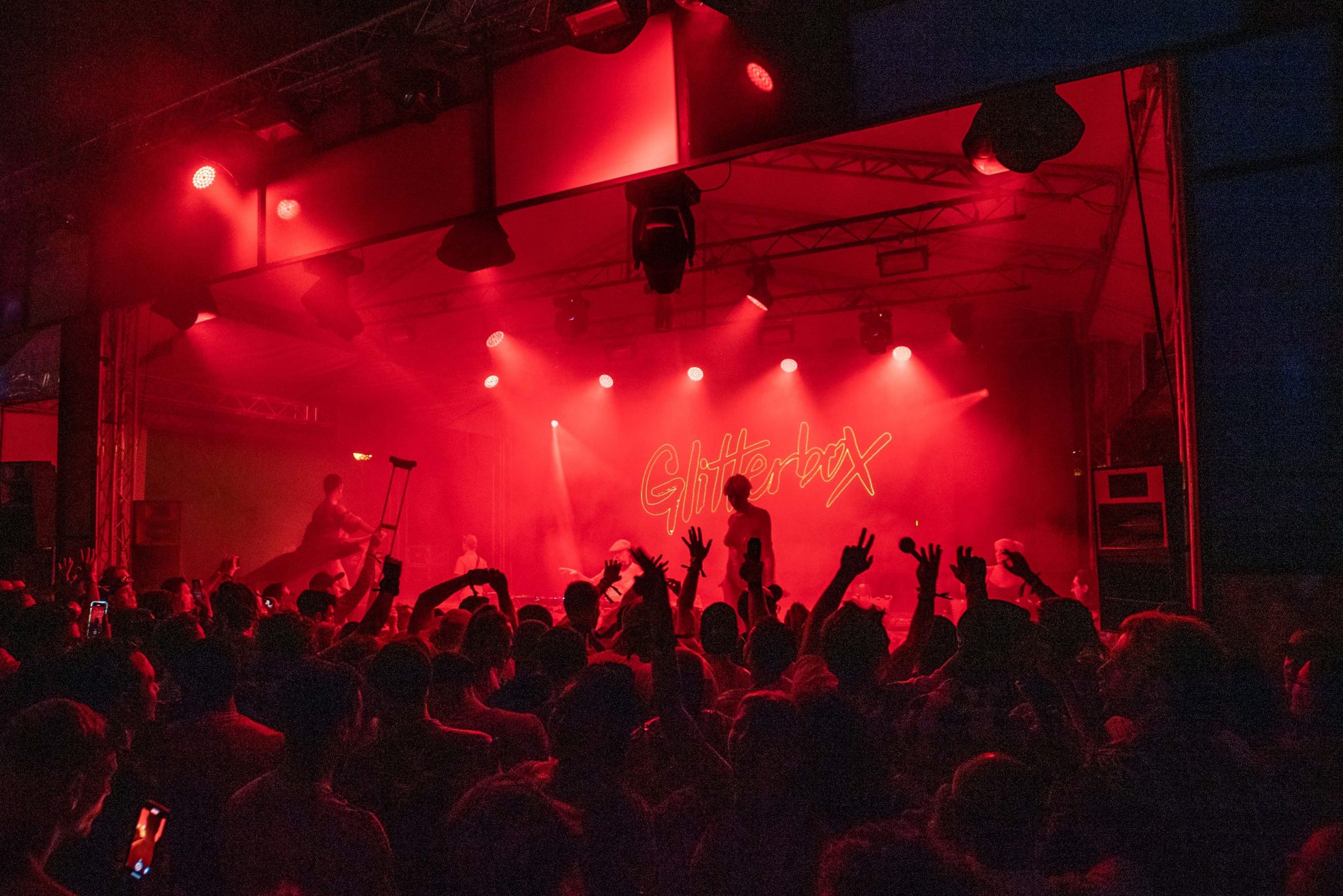 As Friday rolls around, the energy is unstoppable. Even with established house legends gracing the decks from Louie Vega to Dave Lee and Derrick Carter, room has been made for fresh blood too. Jayda G steps onto the main stage as Moodymann finishes up a joyous set, he pours a few quick drinks out for the crowd, gives Jayda a send-off hug, and hands over to the Canadian DJ. As she sets up the drop for 2020-released ‘Both Of Us’, Jayda stands on stage leading a slow clap, before descending into high-energy raucousness.


Read this next: "It feels like we never left!" -GALA was a festival worth waiting for

Climbing on board a boat party on Saturday, one of many across the week setting sail from the festival site, we catch The Shapeshifters who bear away from the four-to-the-floors with a little funk and disco spin. Hundreds cram on deck under the blazing sun to dance more intimately than we knew how on the festival grounds, and as the kitted-out dancers pull up on a speed boat jumping aboard to the roaring cheers of onlookers, the party gets going. Over on the stern of the boat, revellers chat to Tom, a bowler-cap wearing 69-year-old Defected enthusiast from Aberdeen who travelled to Croatia on his own. “I just love house music,” he tells us. He explains that his wife passed away just several years ago, adding, “I’m listening to her saying, ‘go out there. Go and see your favourite guys’.” 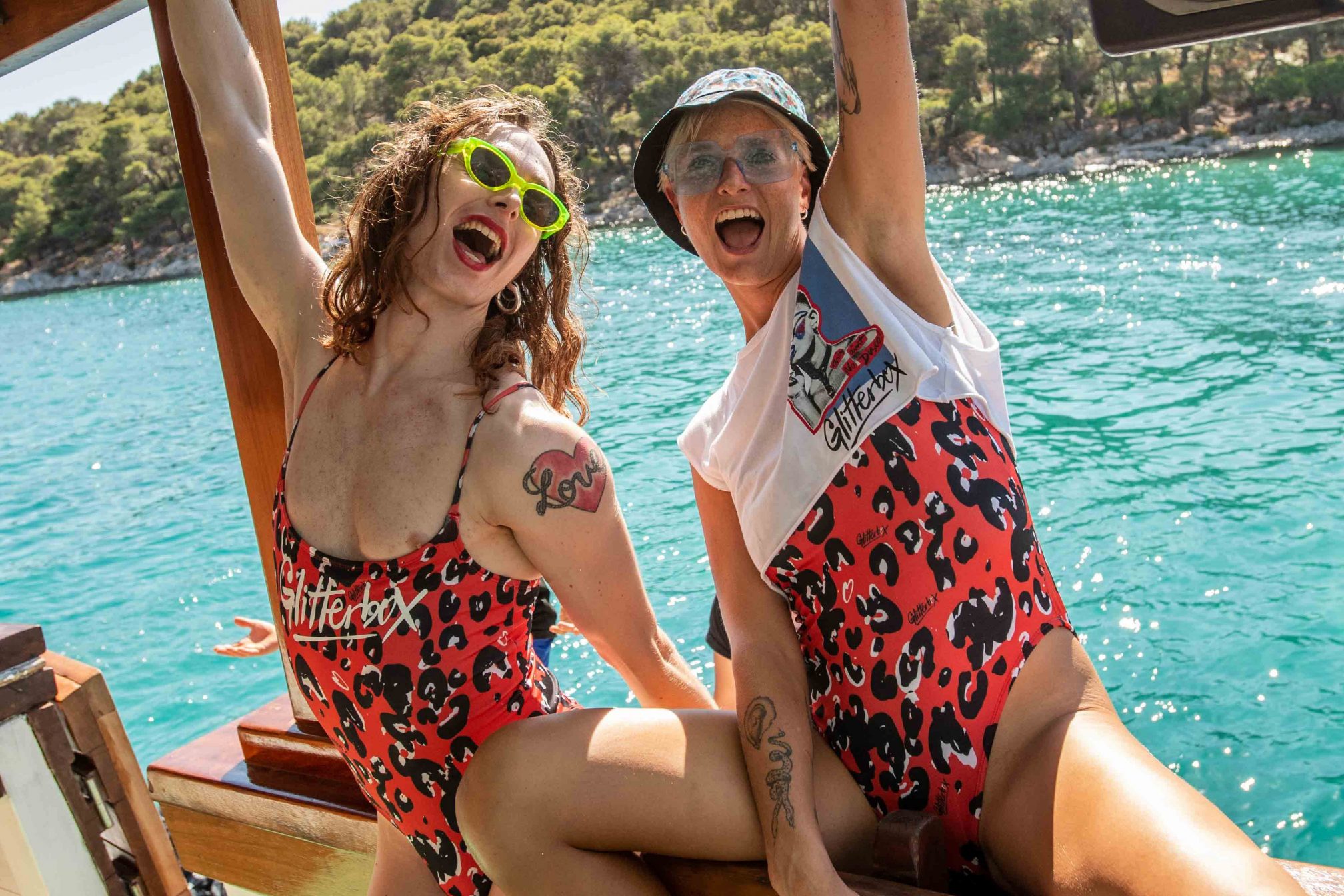 To the familiarity of British crowds, a Sunday UKG takeover saw Todd Edwards, Sam Divine, and other Defected faces head up the Olive Grove stage. “I’ve heard of it but don’t know anything about it," an American ecstatically explains on the dancefloor, "I was so excited about this, it’s something you never hear about in the States”. An unusual dynamic plays out between the audience, some of which came from nearby Balkan nations, while others recognise the sound from back home just a two-hour flight away.

Meanwhile, floating on the corner of the festival overlooking a constant stream of midday swimmers (and maybe the occasional skinny dipper), the beach stage serves as a sundown spot for the traditional house heads. The legacy of recently passed Chicago trailblazers Paul Johnson and K-Hand recurs over the week, weaving through the sets of the disc jockeys fronting the festival. On Monday night, the crowds get a little sparse, but not at the beach stage. Dan Shake takes over the final slot of the evening, delivering an eclectic mix of jazz-infused house tracks, disco, speed garage, and everything in between. “It feels so good to be back here,” he said when we caught him just an hour before his set, having played previously in 2019. “The crowd is amazing.” 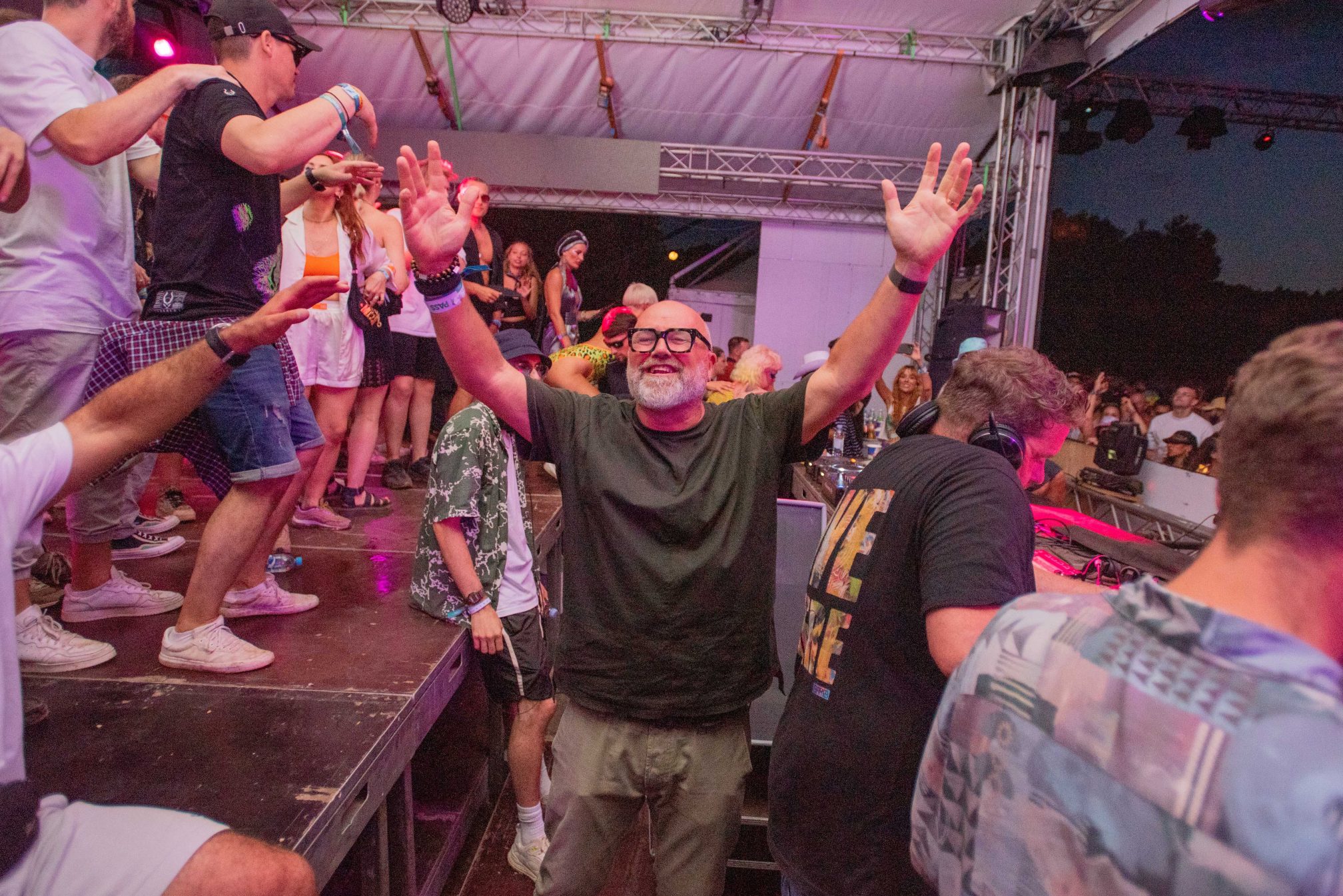 Teasing out the final day, hangovers are helped by one of many wellness classes dotted through the festival’s endless programme. A meditation class, or sound bath as it were, eases punters into the last day through meditative exercises backed by electronic music. It’s hard to imagine such a tireless crowd partaking in something that doesn’t involve dancefloor boogies, but it’s wholesome. As Simon notes, “people arrived here with a lot of enthusiasm, it’s just infectious”, and with that, regardless of everything else, it always comes back to house music. Defected is just the glue that holds it all together.